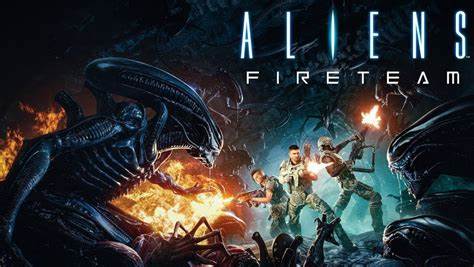 Coming December 14, alongside the new Season 2: Point Defense update, the standard edition of Aliens: Fireteam Elite will be available with Xbox Game Pass on both Xbox and Windows 10! This also means cross play will be available between all Xbox and PC players who install via the Microsoft Store version of the game.

Set in the iconic “Alien” universe, Aliens: Fireteam Elite is a cooperative third-person survival shooter that drops your fireteam of hardened marines into a desperate fight to contain the evolving Xenomorph threat.

Face off against waves of terrifying Xenomorph and Weyland-Yutani Synthetic foes alongside two players or AI teammates, as you and your fireteam desperately fight your way through four unique campaigns that introduce new storylines to the “Alien” universe. Create and customize your own Colonial Marine, choosing from an extensive variety of classes, weapons, gear, and perks, battling overwhelming odds in this heart-pounding survival shooter experience.

Play a pivotal role in the epic events that occur 23 years after the original “Alien” trilogy as a Colonial Marine stationed aboard the UAS Endeavor, battling terrifying Xenomorph threats. Stunning visuals, iconic enemies, realistic environments, powerful weapons, futuristic equipment, and an eerie soundscape, combined with new storylines in a series of replayable campaigns, expand upon the story from the blockbuster films.

Face overwhelming odds against over 20 enemy types, including 11 different Xenomorphs along the evolutionary scale from Facehuggers to Praetorians, each designed with their own intelligence to ambush, outsmart and eviscerate vulnerable marines. Utilize cover and master team strategy to survive extraterrestrial threats as they overrun your fireteam from every angle, swarm through doors and vents, scramble across walls and ceilings, and strike from darkness with uncanny ferocity.

Choose from five unique classes – Gunner, Demolisher, Technician, Doc and Recon – each with their own special abilities and character perks. Utilize an extensive arsenal of 30+ weapons and 70+ mods/attachments in your effort to eradicate the Alien threat. An innovative Perk Board modifies and improves your abilities, while a unique Challenge Card system alters the approach to each Campaign mission, offering a new experience with every playthrough.

Launching this game was Cold Iron Studios first step – it will continue to grow through regular additions of content.

At launch the team at Cold iron Studios enabled the popular Horde game mode for players who complete all four campaigns. Challenge yourself by enduring escalating waves of Xenomorphs, for increasingly generous (and sometimes unique) rewards. How many waves can you survive?

The first Season of free game content also arrived on September 8, 2021, bringing with it a brand-new Kit, the Phalanx! Marine Phalanxes are named for their collapsible shields, which allow them to serve as mobile bunkers. As one arm is needed to hold the shield up, they are armed with a Handgun and CQW, both of which can be wielded in one hand. When swarmed, they can trigger a point-blank Shock Pulse to disrupt foes. Along with it also came new weapons and cosmetic rewards that players can unlock at SSgt Park’s Armory.

As “Season 1” suggests, this is just the beginning. The games second seasonal update of free content will arrive on December 14, 2021.

Season 2: Point Defense will bring a content patch that includes the new Point Defense game mode, a new Lifetime Stats feature, as well as 4 new weapons (a Rifle, Hand Gun, CQW, and Heavy Weapon). It will also bring an assortment of new attachments, new weapon colorways and decals, new head accessories, new emotes, and even new Challenge Cards to bring a unique twist to your next missions.

Aliens: Fireteam Elite comes to Xbox Game Pass on December 14! Start recruiting your fireteam of ultimate badasses and climb aboard the express elevator to hell.