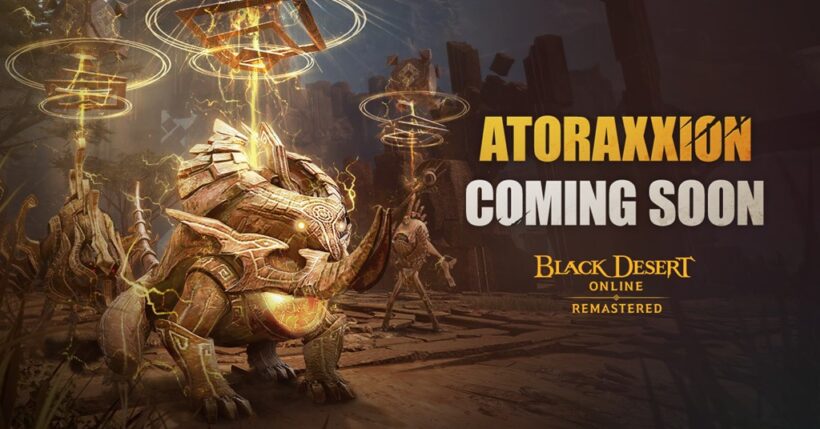 Pearl Abyss today announced Atoraxxion, the first co-op dungeon for Black Desert franchise, is available now in Black Desert on Xbox.
Atoraxxion, the last stronghold, requires five Adventurers to work together to defeat the enemies and conquer the dungeon – creating a new experience for Black Desert players. The highly-anticipated PvE dungeon is divided into four themed territories: desert, ocean, canyon, and forest. Vahmalkea, the desert fortress, is first to be released and available now.
Adventurers can look forward to the various features in the dungeon including:

Black Desert Franchise
The Black Desert franchise is Pearl Abyss’ open-world action MMORPG franchise with cutting-edge visuals and skill-based combat redefining the genre. With the most developed character customization system of any game currently on the market, users can break out of the norm and make unique characters who truly represent themselves. Its intuitive controls, beautifully designed world, and extensive lore will excite both newcomers and veterans of MMO games and action RPGs. Pearl Abyss is currently servicing the Black Desert IP, which has gained 40 million players across the world on PC, mobile, and console.