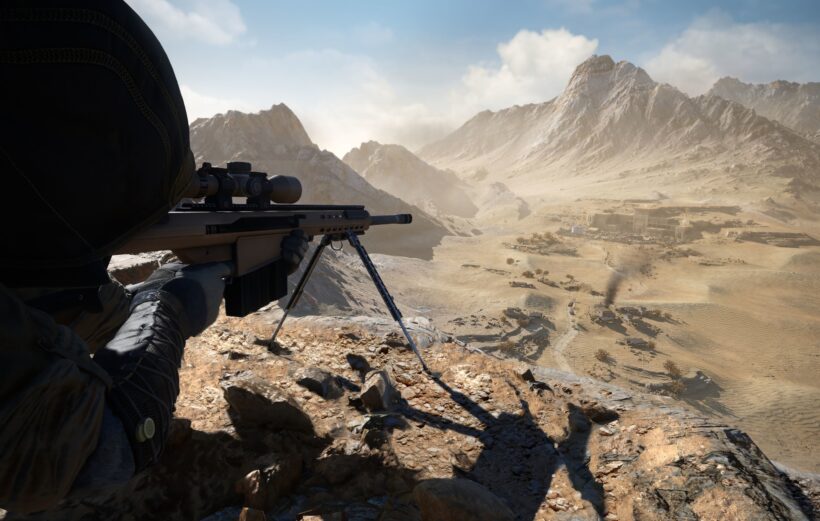 Sniper Ghost Warrior Contracts 2, a tactical first-person shooter released with great success on June 4, 2021, today receives an extensive content expansion with huge terrain, new tasks and challenging objectives. The update, titled Butcher’s Banquet, is free for all players on PS4, Xbox Series X/S, Xbox One, and PC, and is now available as a download for the main game.
‘Butcher’sBanquet’is set in a stunning, desert-like area with lush oases, picturesque waterfalls and mysterious temples. 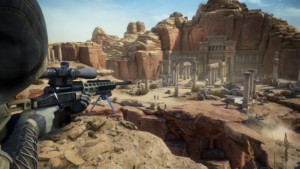 And while it may seem particularly idyllic, snipers shouldn’t be mistaken — it’s certainly not a holiday destination. After the recent unrest in Kuamar – the scene of sgW Contracts 2’s main campaign – new threats have emerged, of which Mahmoud Zarza is the most dangerous – also known as “The Butcher”.
The new expansion builds on all the elements that players have already loved in the base game, including sniper shooting at over 1000 meters away, next-gen graphics, smarter NPCs and the deadliest weapon selection to
date. The challenging sniper game takes place in Kuamar,a lawless region of the Middle East located along the Lebanese and Syrian borders. Players take on the role of Raven, a hitman and sniper, and are tasked with overthrowing a brutal dictatorship by completing a series of repeatable missions that can be tackled in different ways. SGW Contracts 2 offers large-scale sandbox maps, a variety of side missions and objectives, realistic weapons and gadgets, and a range of unlockable abilities and equipment.
In brick-and-mortar stores from August 24: Elite Edition for PlayStation 5

The highly anticipated version of SGW Contracts 2 for PlayStation 5 will be released on August 24, 2021 as the “Elite Edition” in brick-and-mortar stores and will further enhance the fan-acclaimed title.
In addition to the main game, the “Elite Edition” includes the following DLCs: Weapon Crossbow, Sniper Rifle 550 TRV, Mad Sheriff 9 Revolver, Car K8 Assault Rifle, Zebra Skin and a new map.
Players will also benefit from the adaptive Dualsense triggers that give each weapon its own feel, improved SSD load times, optimized textures and graphics, and the ability to play in either performance mode (60fps, 2K) or graphics mode (30fps, 4k). 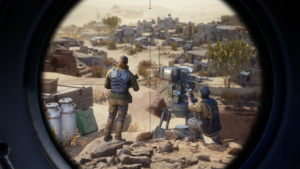 A new trailer is available here: https://youtu.be/BB2pMu9bYCY About Sniper Ghost Warrior Contracts 2 Sniper Ghost Warrior Contracts 2 is set in Kuamar, a fictional, lawless region in the Middle East, near the Lebanese and Syrian borders.
Players help Raven, a commissioned sniper, overthrow the brutal dictatorship of President Bibi Rashida and her husband Omar Al-Bakr. SGW Contracts 2 takes the sandbox design of the first series title to a new level thanks to the extreme long shots. New mission objectives, realistic weapons and gadgets, and unlockable abilities provide plenty of variety.

Sniper Ghost Warrior Contracts 2 has been available in stores since June 4 for PlayStation 4, Xbox Series X/S, Xbox One and PC and will be released on August 24, 2021 in the “Elite Edition” with many extras also for PlayStation 5 in brick-and-mortar stores.