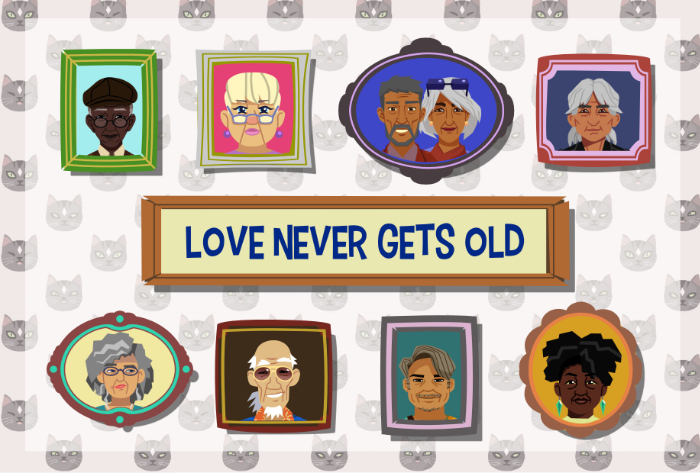 The renowned sexy senior dating sim Later Daters spreads the love across the globe with today’s launch on Xbox One and Xbox SeriesX|S. Later Daters’ release on Microsoft’s consoles by Canadian indie creator Bloom Digital Media will be the first time the acclaimed romantic visual novel will bundle Part 1 and 2 into a combined whole, including the Cribbage mini-game.

As the newest resident at Ye OLDE retirement home, Later Daters on Xbox One and Xbox Series X will let players flirt and date across various intertwining stories and inclusive relationships. Later Daters’ story is all about accepting life’s fragile nature and choosing to live boldly, regardless of the circumstances. Players can customize their own look, name, romance history, gender, and even their pet companion who will join them on their journey through love and life.
“We are so happy to spread the Later Daters love to Xbox with today’s launch,” said Miriam Verburg, founder of Bloom Digital Media. “People ask us sometimes why we made this ‘weird’ inclusive dating sim; we wanted to lift the stigma of senior desire and show that elders are equally complicated, interesting, and sexy as younger generations. And don’t forget, if the chairs are a rockin’ don’t come knockin’.”


Later Daters: Part 1 originally released in April 2020 to a glowing reception on Steam and Switch, with the public and press praising its charm, feel-good nature, inclusivity, and how it deals with a wide breadth of topics including love, old age, and death in a heartfelt and sincere manner. Later Daters: Part 2 took the wholesome romance to completely new heights with its successful launch in October 2020.