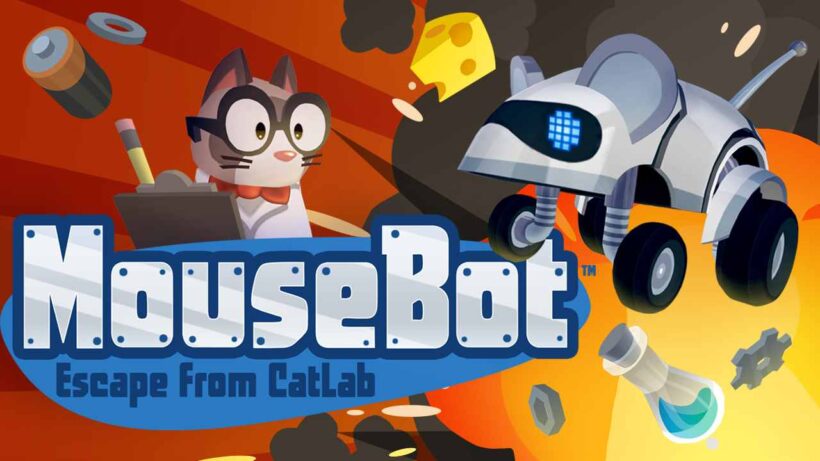 Vector Unit is pleased to announce that action platformer MouseBot: Escape From CatLab is launching on Xbox One and Xbox Series X|S on Wednesday, July 21, 2021.

The new premium remaster of MouseBot contains over 20 new mazes, a super-fast new Arcade game mode, a new layer of level goals and achievements, and runs at 4k 60fps on Xbox One X.

MouseBot: Escape from CatLab is a zany and exciting platforming game that will test your reflexes, skills, timing, and love of cheese!  Guide MouseBot through mazes of fantastical mechanical mouse traps created by the cat scientists of CatLab.  Dodge giant metal Kitty Krushers, leap over mouse-grinding Roller Graters, evade scary Mines and Lasers, and platform your way across pools of bot-melting Acid on an epic quest for cheese and freedom.

Conquer 88 challenging platform-style levels as you delve deeper into the mysterious laboratories of CatLab and uncover the cats’ nefarious plans. Collect epic piles of cheese, and transmogrify that cheese into new skins and accessories for your robotic mouse.