The upcoming expansion improves the gaming experience with a new class, a new, smoother progression system and much more

Perfect World Entertainment a major publisher of online games, and Crypic Studios are pleased to announce that neverwinter’s next major expansion, titled Jewel of the North, will be released on July 27 on PC and fall 2021 on PlayStation®4 and Xbox One.

This expansion will see Neverwinter return to its roots of Dungeons & Dragons® with the addition of the Bard’s iconic and versatile class. It will also be accompanied by quality of life improvements, as well as a brand new progression and level system, allowing all players to enjoy the many adventures offered by the free-to-play action MMORPG based on the Dungeons &Dragons universe.

“With Jewel of the North,we wanted it to be as easy as possible to create a character and embark on an adventure in the Forgotten Realms,” said Matt Powers, executive producer for Neverwinter. “The progression system has been streamlined and now aligns better with the experience of the paper role-playing game Dungeons &Dragons, and we’re excited to add the Bard’s highly expressive class to Neverwinter.” 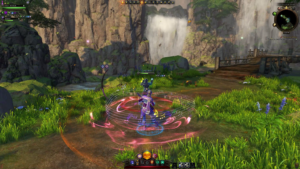 Neverwinter: Jewel of the North will add the elegant Bard class, based on the much-loved class of the 5th edition of Dungeons & Dragons. Players who choose the Bard will be able to play as daring heroes who can infuse magic into their blades and use their gift for music to inspire their allies, manipulate the minds of enemies, and even heal wounds. With the ability to choose one of two unique Parangonic Ways — the Path of the Chantelame, the fencer who deals damage to the melee, or that of the Ménétrier,a virtuoso musician who casts spells from a distance — players will have at their disposal an arsenal of unique skills based on the power of music.

In addition to this new class, Neverwinter: Jewel of the North will add many improvements in the way players can access and enjoy all of Neverwinter’s content. One of these main changes is the new progression system, which follows the well-known and appreciated system of Dungeons & Dragons: the maximum level of Neverwinter will therefore increase from 80 to 20. With this change, both new and old players will be able to reach epic-level content faster (in about 10-12 hours), while veteran players will have the opportunity to quickly mount their secondary characters and have even more players to team up with to get into the more demanding content. Players in progress will go directly to level 20, and for those who already have characters at the maximum level, all their stats and item level will remain the same. The only change will be the level that will now indicate 20. All existing players will also be able to pick up a new equipment pack from the Intendant de la Cité. In addition to the new progression system, Neverwinter: Jewel of the North will bring improvements to the gaming experience, such as better early game performance, a tutorial redesign, and the new Adventures system. 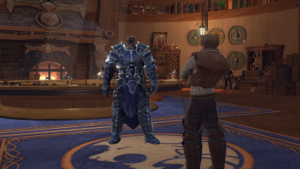 Neverwinter is a free-to-play action and adventure MMORPG based on the famous Dungeons & Dragons universe. Players can explore the vast city of Neverwinter and its surroundings, discovering through their adventures the living history of this mythical city of the Forgotten Realms and protecting it from its many enemies. Neverwinter is available for free on PC, Xbox One (Xbox Live Gold not required) and PlayStation®4 (PlayStation®Plus not required) in digital version.