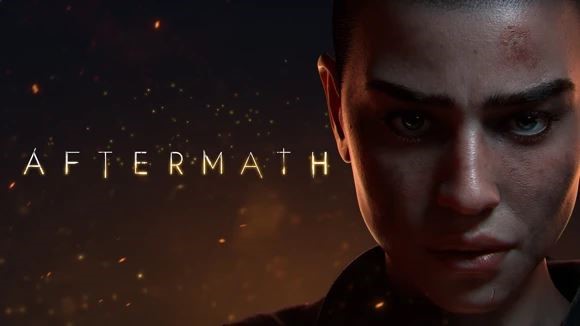 Plunge yourself into this upcoming horror experience – how will you survive the aftermath?

Aftermath strives to throw players into a narrative driven world beyond the unimaginable. Designed to make you wonder: what would humanity do when faced with a situation like this?
The game follows Charlie Gray, a former European astronaut, as she struggles through the remnants of society, in search for her daughter. Driven by its gut wrenching narrative, Aftermath delves deeply into philosophy and psychology, drawing from the One O One team’s previous experience from games like “The Suicide of Rachel Foster”.
Players will find themselves in new territory when it comes to systems like crafting and combat, things that they will need to get familiar with fast if they are to survive against the threat occupying the world – and hunting them down. This otherworldly threat is born from the mind of Italian visual arts master, Alessandro Bavari, the creator behind works like Ridley Scott’s Alien: Covenant and Suspiria. Players will be forced to think outside of the box when it comes to survival.
With an original soundtrack featuring music from the likes of UNKLE and Planet Funk, every facet of the game’s creation aims to draw players into the hellish, desolate world of Aftermath.
“For us at One O One, this is a major goal. To have the chance to develop such an ambitious, innovative title in Italy and we feel lucky to have META Publishing as a partner. META believed in our game, which aims to tell a mature story through survival mechanics, one that’s far away from the standard wilderness settings that these games feature normally. We are excited to let people get in touch with the uncanny world we’re creating and the characters who inhabit it!” says David Gallo, CEO at One O One Games.

“We’re extremely excited to be sharing this news with the world today,” says META Publishing CEO Ilya Salamatov. “The team at One O One have created an incredibly layered character in Charlie, the protagonist of the game. She was at the top of the world before the event and even though the odds are stacked against her, she still finds the strength to overcome everything and focus on finding her daughter. The story and experience in Aftermath is truly something unique that we hope people will be talking about for years to come. The combination of visual style, story, soundtrack and gameplay creates a completely unique game that will appeal to a vast amount of gamers across the globe”.

“This is only the beginning of us exploring Aftermath,” teases META Publishing Chief Marketing Officer, Chris Collins. “Over the coming months until launch, we’ll be highlighting a huge amount of topics and content, to help players understand more of what’s in store. The trailer released today is layered in moments that reflect elements of the game that we’ve not even started to talk about. You won’t catch them all the first time around. Keep an eye out for more stories, videos, blog posts and articles in 2022, where we’ll explore “the philosophy of the Aftermath” and many of the topics the game covers. We can’t wait to hear what you think!”