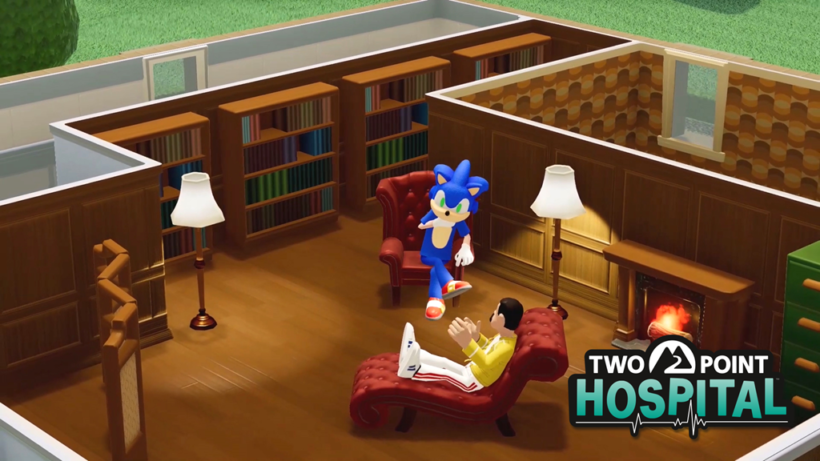 Health at 100 per hour: free costumes with the effigy of Sonic, Amy, Knuckles and Tails and objects for everyone!

Sega Europe Ltd and Two Point Studios LTd are proud to announce the collaborative event of the millennium: the indomitable comet Sonic the Hedgehog™ and the quiet force Two Point Hospital are telescoped in an explosion of costumes, objects of all kinds and joy! To celebrate Sonic’s 30th anniversary, gamers can enjoy a large number of sega blue hedgehog surprises for free in Two Point Hospital on Xbox, PC, PlayStation, and Nintendo Switch.

For the occasion, Two Point Hospital will be free to play (for a limited time) and /or offered at a reduced rate on different platforms:

With the four new costumes available to dress your lifeblood with dignity (Sonic, Amy, Knuckles and Tails), make sure all the staff participate in the party while ensuring health and happiness for the inhabitants of Two Point County.

An exceptional Sonic statue, decorative carpets and even a giant Golden Ring: everyone will find objects to their liking to adorn their hospital center with the most gleaming trappings in the purest Sonic style.

As die-hard fans of the little supersonic blue ball (and after incorporating a Sonic arcade cabinet into the game!), the teams at Two Point Studios couldn’t let slip the opportunity to celebrate the 30th anniversary of the coolest hedgehog on the planet video games.

“For us, putting a little sonic magic in our universe is a dream come true. With the discounts and free trials, this is a really great time to experience Two Point Hospital,” says Gary Carr, Studio Director of Two Point Studios.

To keep up with Sonic the Hedgehog’s jokes, try to keep up with his infernal pace on Twitter, Instagram, Facebook, Twitch and YouTube. Don’t forget the official SEGA e-shop for exclusive and unpublished products for ultimate SEGA fans.