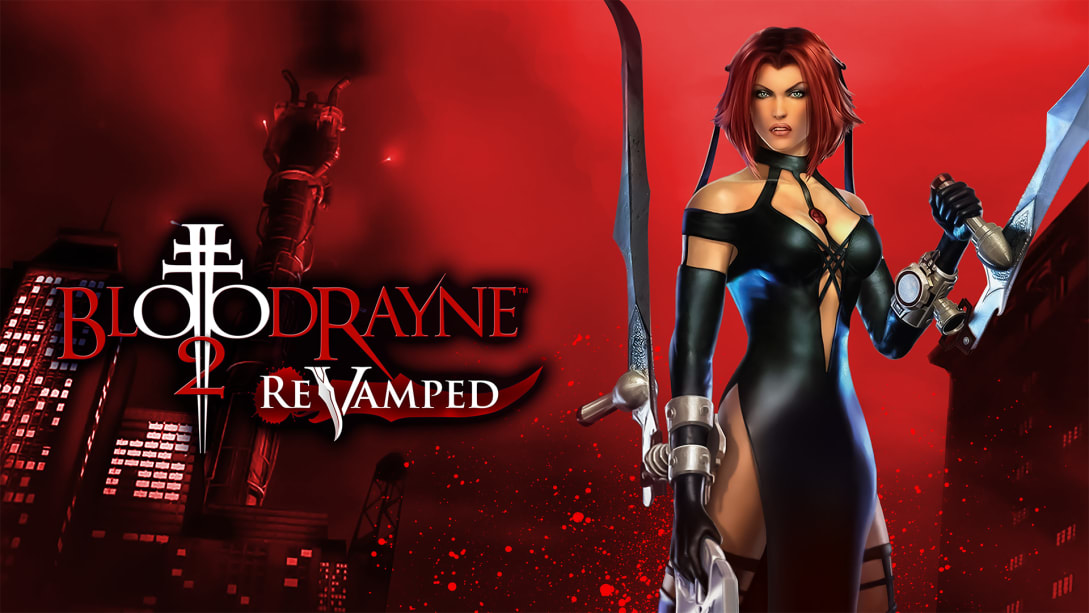 Rayne is back for another round as she now must hunt her own sibling who have banded together to form the Cult of Kagan; in honor of their father. They have created the Shroud, a substance which renders sun rays harmless to vampires so they can come on the surface during daylight and cause chaos by using humans as their personal buffet. Rayne and her pal Severin need to find and hunt down the cult. 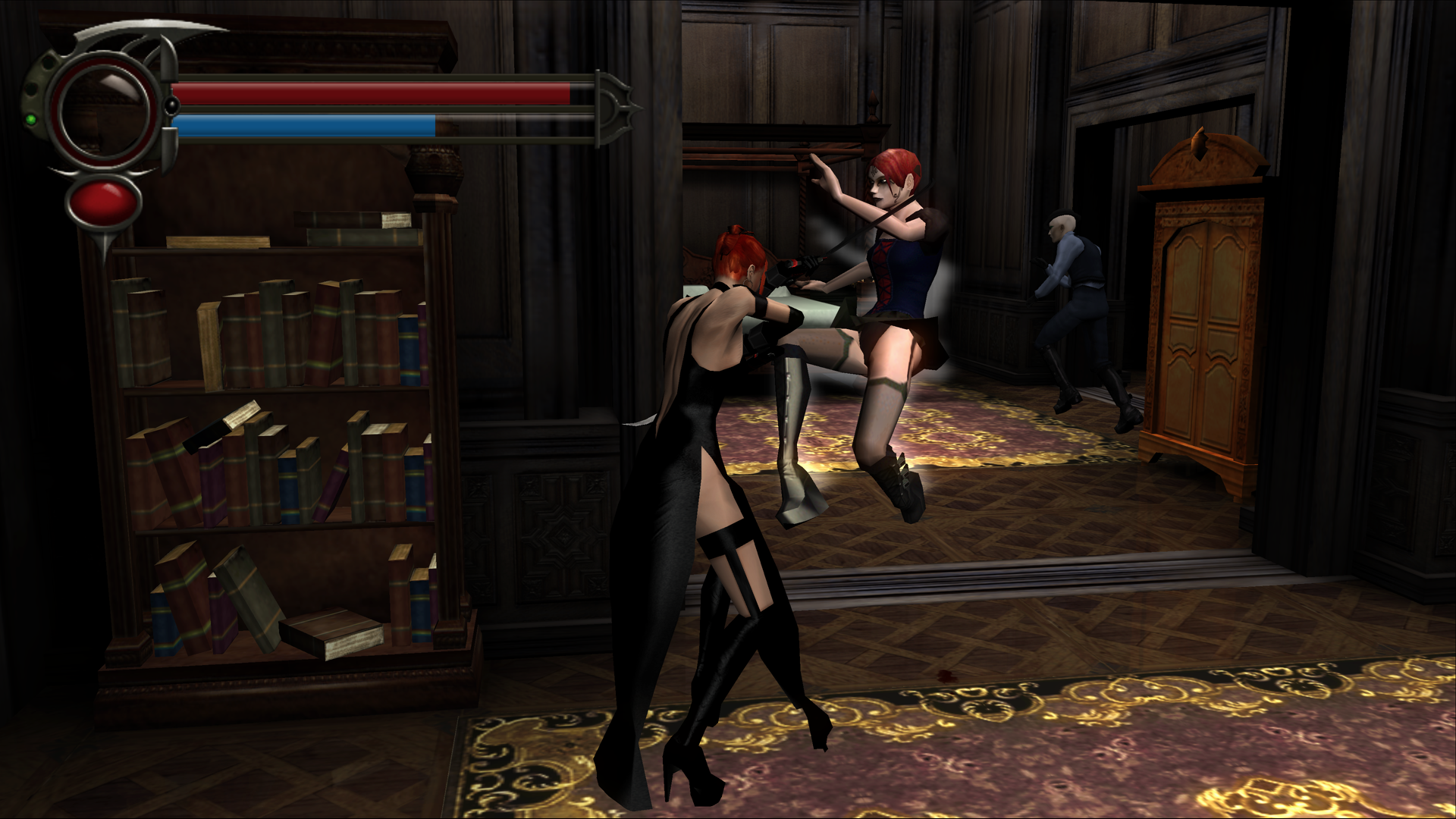 BloodRayne 2 ReVamped is a third person beat’em up/hack n’ slash as players will go around kicking and slicing/dicing the various enemies barring down Rayne’s path. The protagonist uses her blades to slice and attack enemies. As an additional attack, Rayne can also kick enemies, which is especially useful when going against enemies with melee weapons as, for some reason, kicks will disarm enemies quickly than 2 blades as long as forearms.

Additionally, Rayne can also block attacks to a certain extent; Rayne can block normal attacks but stronger attacks can go through. For fun and also serve a purpose, Rayne also has a Scorpion-like spear that can throw enemies in various directions. This is especially useful when trying to solve a “puzzle” by throwing a set amount of enemies on a path-blocking obstacle. Or if you just throw an enemy to the ground, pressing the attack button can perform a finisher on the downed enemy. 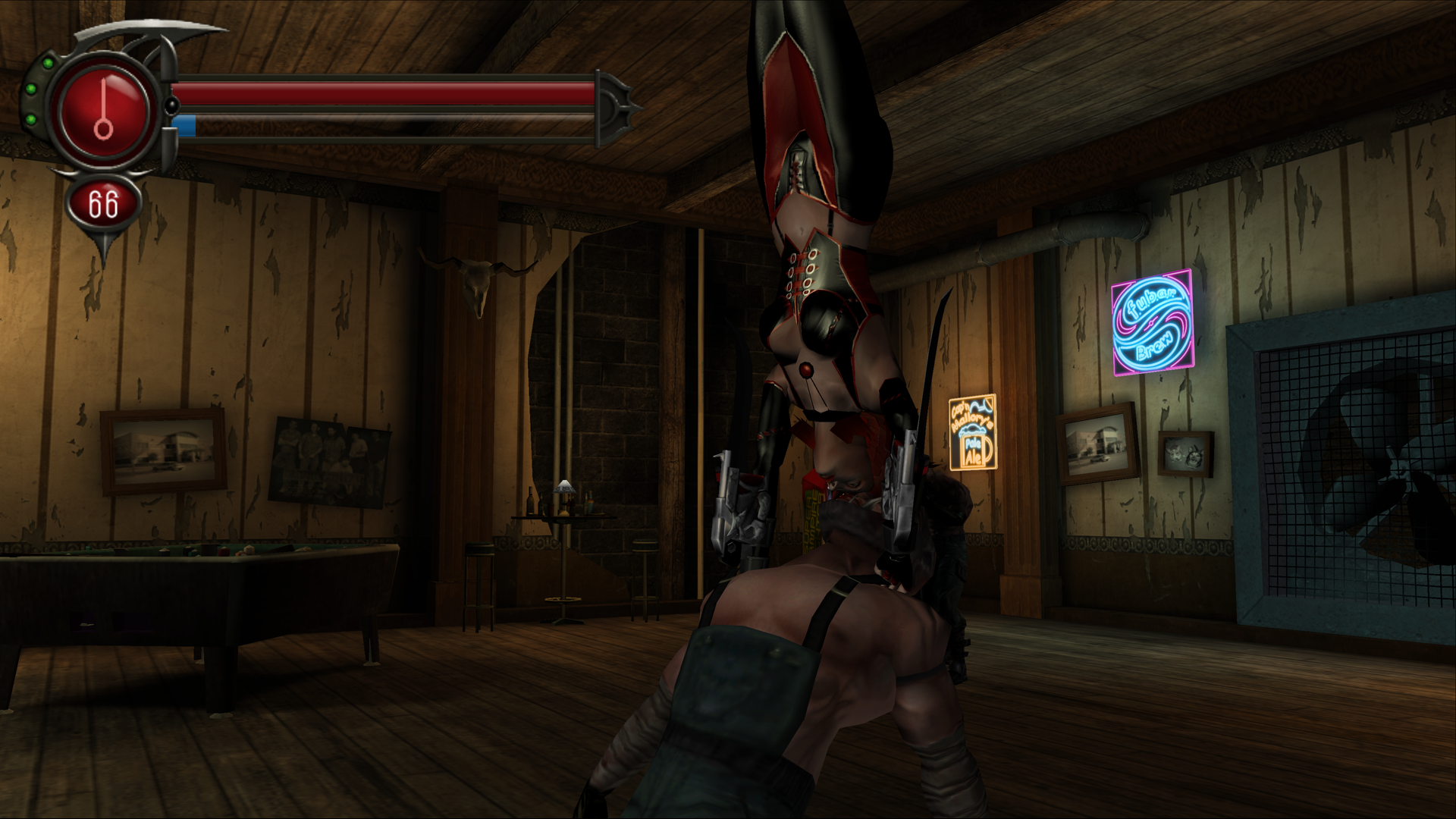 Being a dhampir, Rayne also has a few supernatural skills. She can slow down time to make things easier in tougher battles, find points of interest/objectives in order to progress, and also trigger Rage mode. As you kill enemies, the Rage (blue) meter fills up. Full or not, players can trigger it to get an advantage in battle. It will temporarily increase your attack power and make you temporarily invincible. Despite all this, if you find the game too challenging, you can also use enter cheats. The problem? They are near impossible to enable. I spent 20 minutes trying various random cheats, even found a link on GameFAQs that needs to explain how to enter cheats and they never worked. 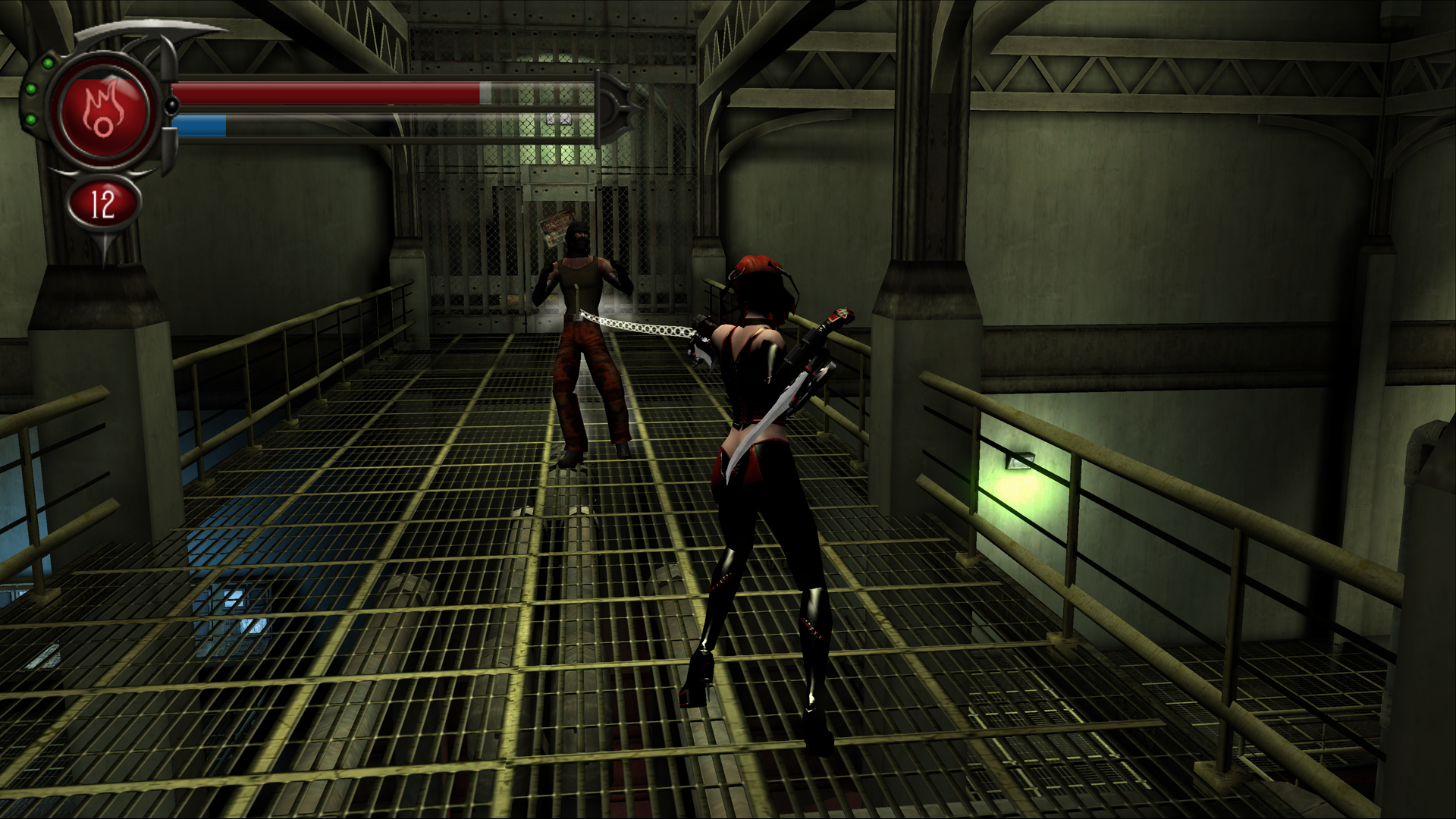 Given that this is a 2004 game polished for a 2021 release, there will be a few nuisances. The first thing is blocking. Unlike more recent releases, if you block with your back turned to an oncoming enemy, you will not automatically turn around and block. You will take damage. Also, if you take a chance to refill your health with other enemies around, they can pound you and you’ll lose as much health as you’re regaining. Also, there’s no autosave; there are checkpoints for deaths, but if you close the game without coming across a save offer, you’ll lose progress.

While the original game is dated, the remaster looks surprisingly look. It’s not perfect, but let’s say that’s it’s definitely better than Rockstar Games’ recently released Grand Theft Auto Trilogy The Definite Edition. Levels do look a bit dark, but it’s not “I don’t know where I’m going” dark. I also experienced a few game-breaking bugs where I had to reset the game and thus lost some progress. The soundtrack and voiceovers still hold up pretty well; especially the voiceovers sound a lot better than some more recent releases. 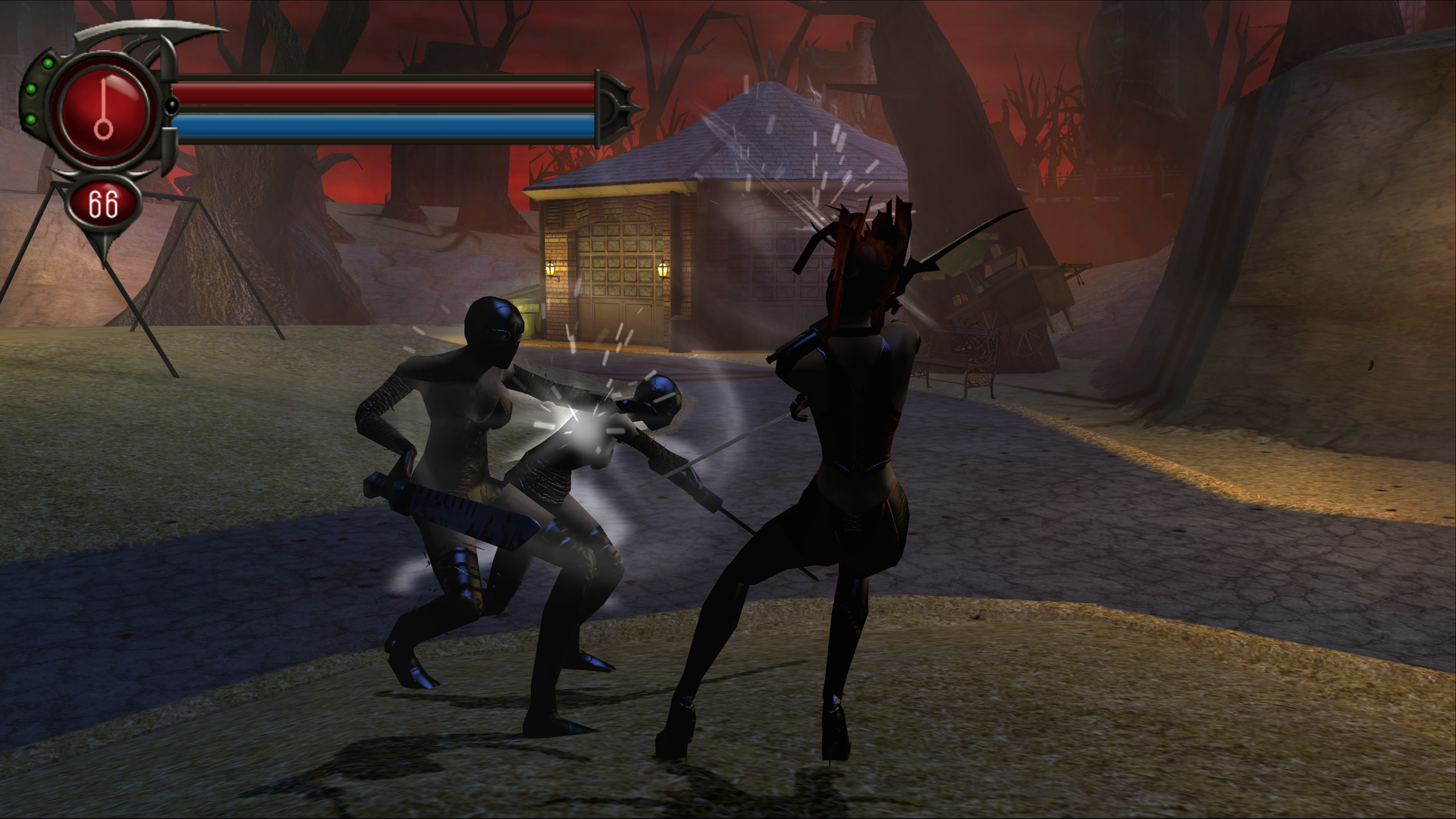 If you’re looking for a fun, yet challenging, beat’em up, BloodRayne 2 ReVamped is definitely worth picking up. The combat is easy to grasp and surprisingly deep, for the time, thanks to blade attacks, kicks, feeding, and guns. It’s a bit rough around the edges, but if you can overlook its faults, you’re definitely in for a good time. One thing’s for sure, it’s definitely better than BloodRayne Betrayal: First Bites.