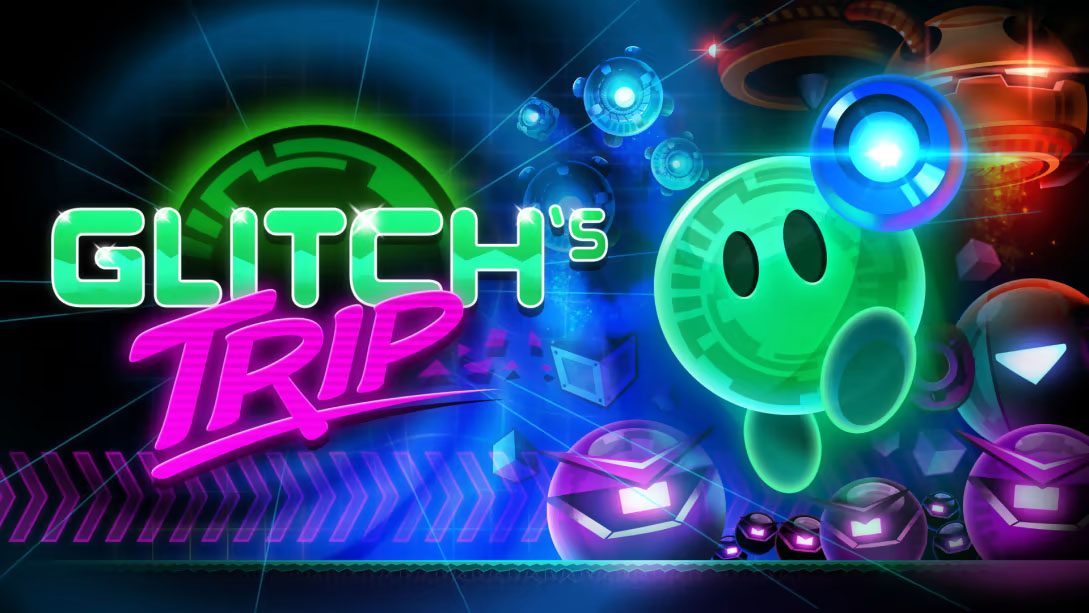 Glitch’s Trip tells the story of Glitch who was relaxing on his home planet of Verdo. All of the sudden, beams of energy began pouring out from the planet’s moons. Unbeknownst to our little hero, four intergalactic tyrants had set up breweries to harvest one of the tastiest elixirs in the galaxy, Moon Juice with the secret ingredient: the life force of the planet! Can Glitch save the day and the planet?

Glitch’s Trip is a 2D action platformer akin to Super Meat Boy, albeit slightly less complex and treacherous. You need to go from point A to point B of the game’s 100 levels. Throughout these levels, you’ll be facing various treacherous hazards and enemies looking to stop you from saving the planet. 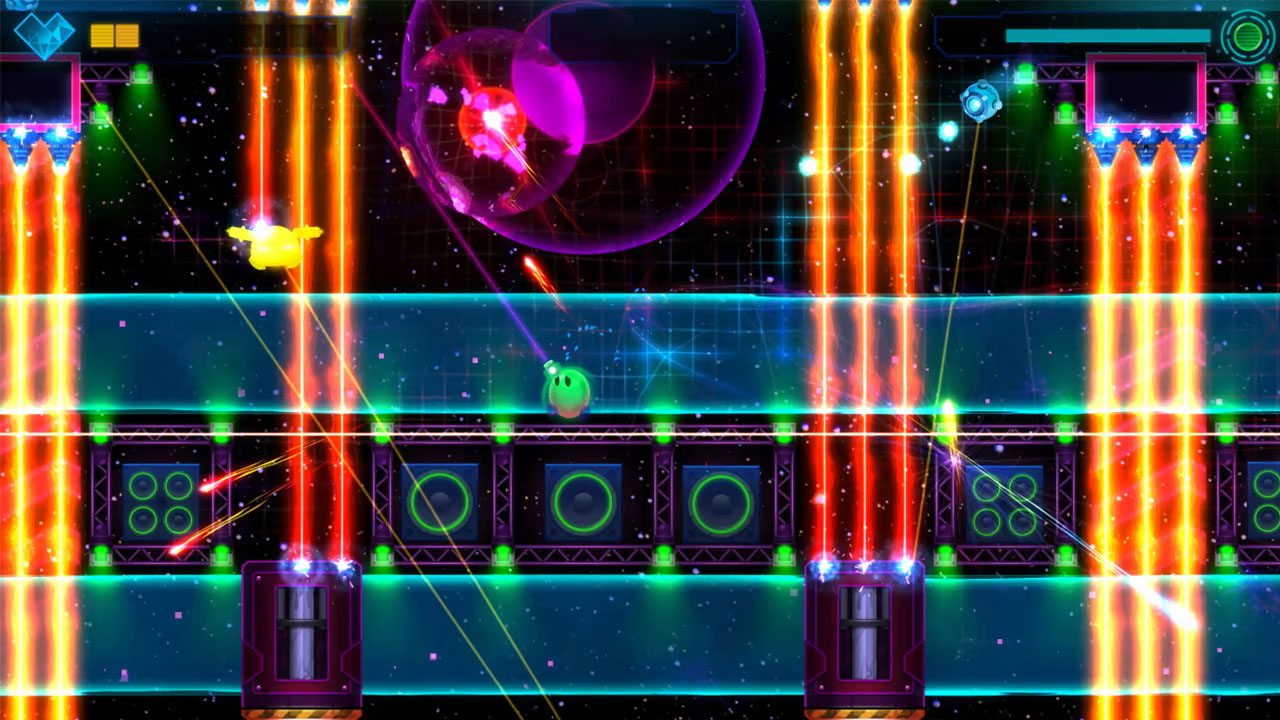 Thankfully, Glitch can shoot enemies with his trusty weapon which can be fired in all directions given that you’re using the right joystick to fire at enemies. Our little blubber-like hero can also alternate and impact his surrounding with a slowdown-like mechanic. The unique skill can render our protagonist invulnerable to damage when going through areas with huge lasers coming at you. It can also change your environment.

In specific spots, you can press and hold down the RT button for a few seconds to trigger the freeze time and you’ll notice that for example green blocks will be disabled and purple ones will be enabled. This will allow you to progress forward; but be quick because the effect lasts a few seconds, meaning you can’t dilly-dally if you don’t want to lose time by having to retrigger it. Certain levels will also give you weapon ugprades such as a spread gun as seen in the famous Contra series. 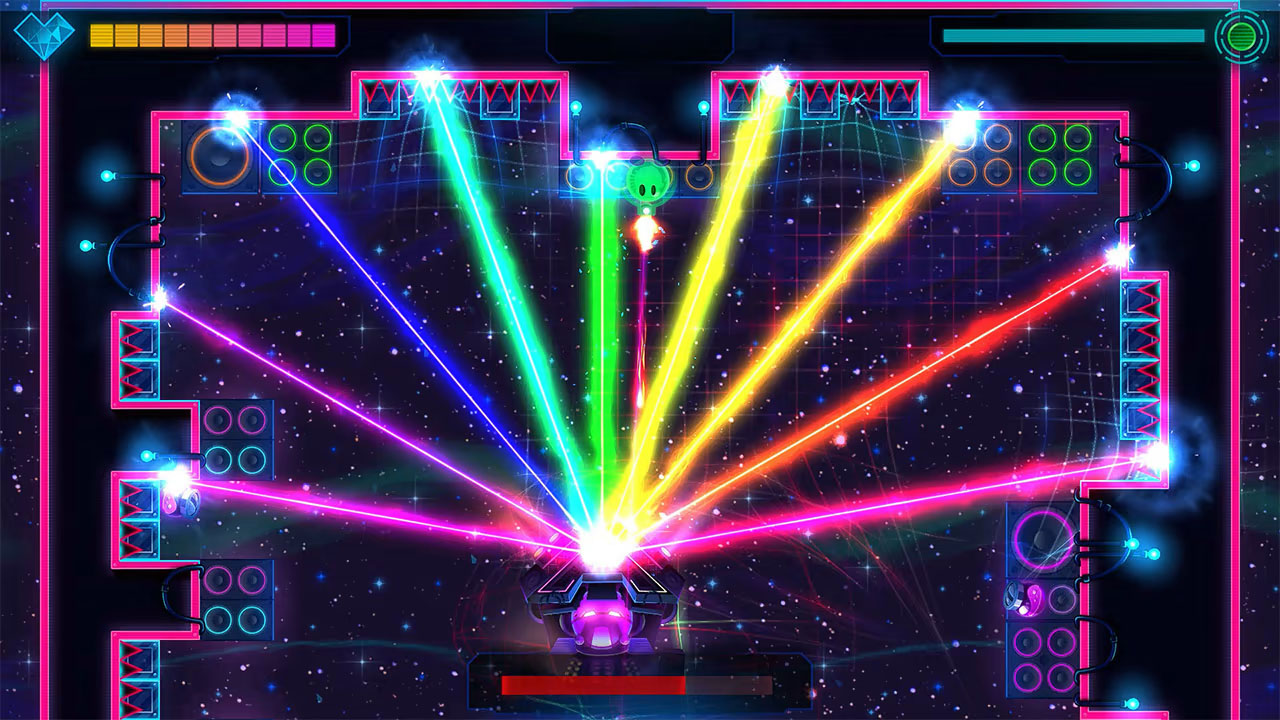 While the game is solid overall, it does have some issues. Controls feel out of sync; pressing the jumping doesn’t always respond in time. Additionally, coding the jump button to the left trigger makes it more cumbersome, less intuitive, and giving the extra push required to proceed to jump can also justify the brief delay. Thankfully, you can re-map the buttons.

Glitch’s Trip is definitely one of the more colorful and trippy (pun intended) games I’ve experienced in recent memory. Sure, it’s no Tetris Effect, but for an indie game, it’s a beautiful experience. Despite its bright visuals, sometimes it is difficult figuring out which platform can be jumped on and which will lead you to take damage. The soundtrack is a relaxing lo-fi-like score which also borderlines on a creepy vibe that both feels too dark for the cutesy, upbeat bright visuals but simultaneously complements it perfectly. 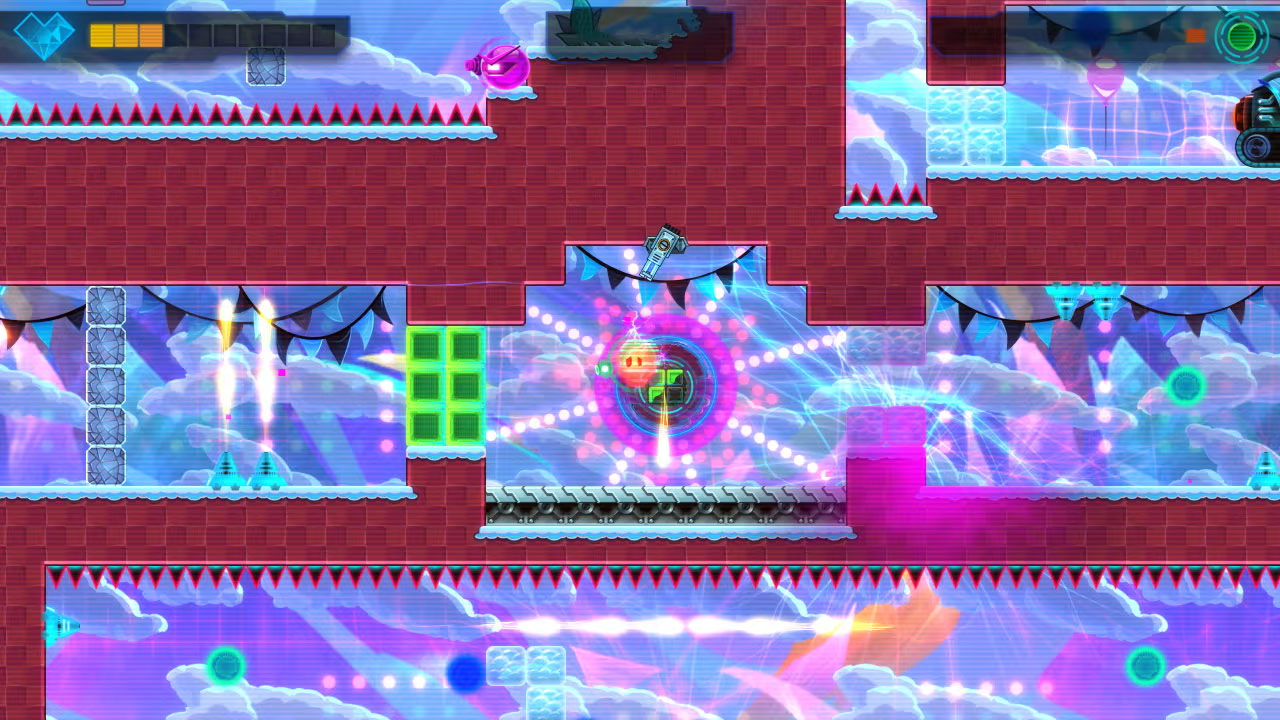 Glitch’ Trip is definitely a cute and fun challenging platformer that players of all skill levels can play. It’s easy to pick up and play, and the unique mechanics keep it fresh and entertaining. But keep in mind that there are some small latency input issues when it comes to jumping so it does take a bit of time to get accustomed to it. But once you get a hold of it, it’s a nice relaxing game between AAA releases.