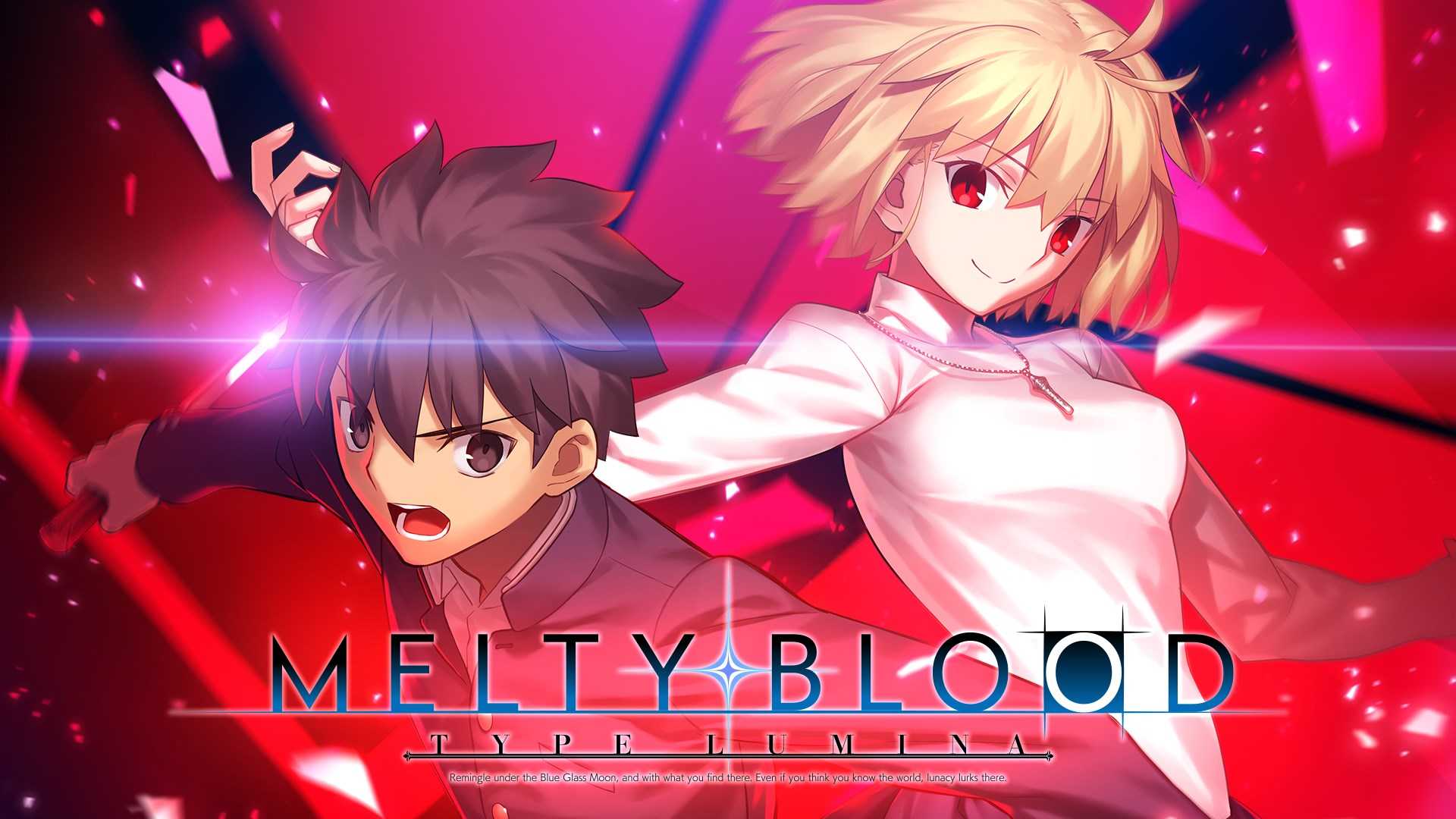 Melty Blood is a series of 2D visual novel fighting games based on TYPE-MOON’s visual romance novel, Tsukihime. which was first released in 2005. The series also spawned a manga series over in Japan. This latest entry, Melty Blood: Type Lumina, takes place in a different timeline than the previous four games. While the previous entries took place after both Satsuki Yumizuka’s non-existent route of Tsukihime and Kagetsu Tohya, Melty Blood: Type Lumina takes place ten days before Tsukihime -A piece of blue glass moon-. 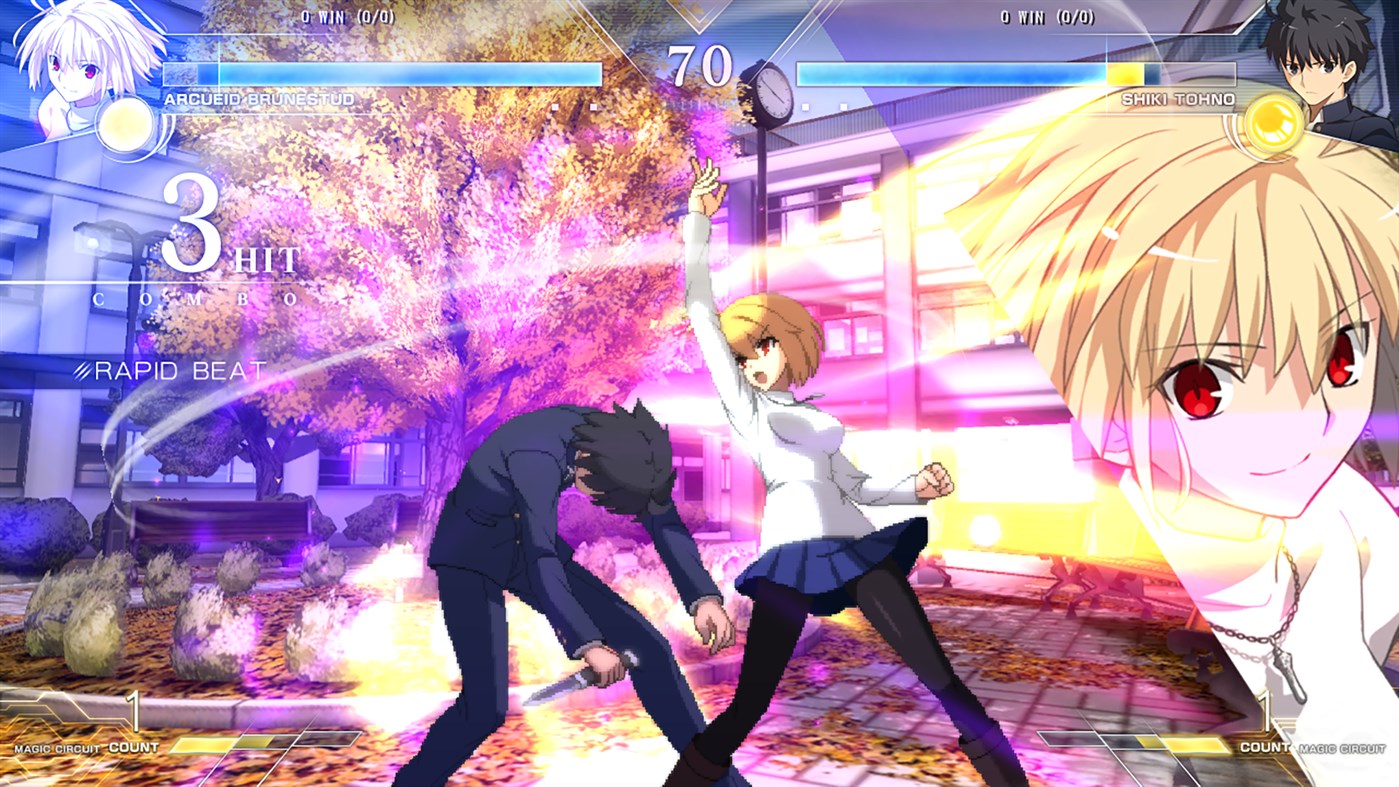 Melty Blood: Type Lumina is a 2D fast-paced fighter a bit similar to 2012’s Persona 4 Arena. The combat is actually easy to pick up and play which will give newcomers a fighting chance while featuring mechanics deep enough for long-time fans and hardcore players of the genre to have something substantial to chew on. 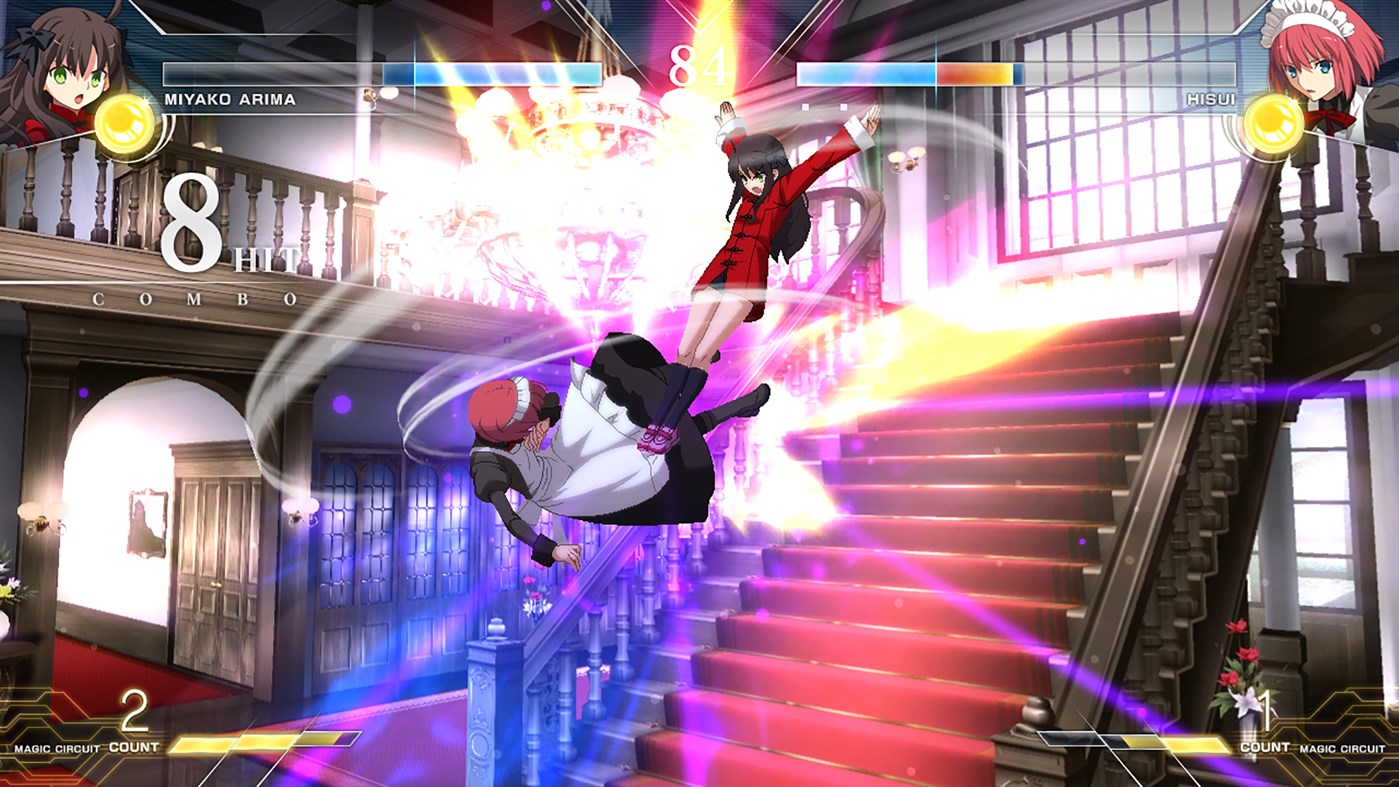 As a whole, the game doesn’t have many flaws aside from the fact that this might up being a button masher for newcomers. Unlike other fighters such as Mortal Kombat or Street Fighter games where a bit of practice is required in order to learn moves and pull off a string of combos, Melty Blood’s easy to pick up and play can push newcomers to button mash their way to victory by discovering sequences of buttons that work and use them until the end of time. The other issue is that when doing mission mode, the game will use A,B and C as the button to press to perform action; it’s a bit confusing if you don’t check the game’s button config as you can’t really tell of the 3 is to be the attack button.

The game looks great; character models are detailed and well designed; levels are uniquely designed although you’ll be too busy watching the action instead of focusing on the backdrops. The soundtrack is a banger featuring gothic-like orchestral tracks with hard rock. It’s definitely one of the best fighting game soundtrack I’ve heard in recent history. 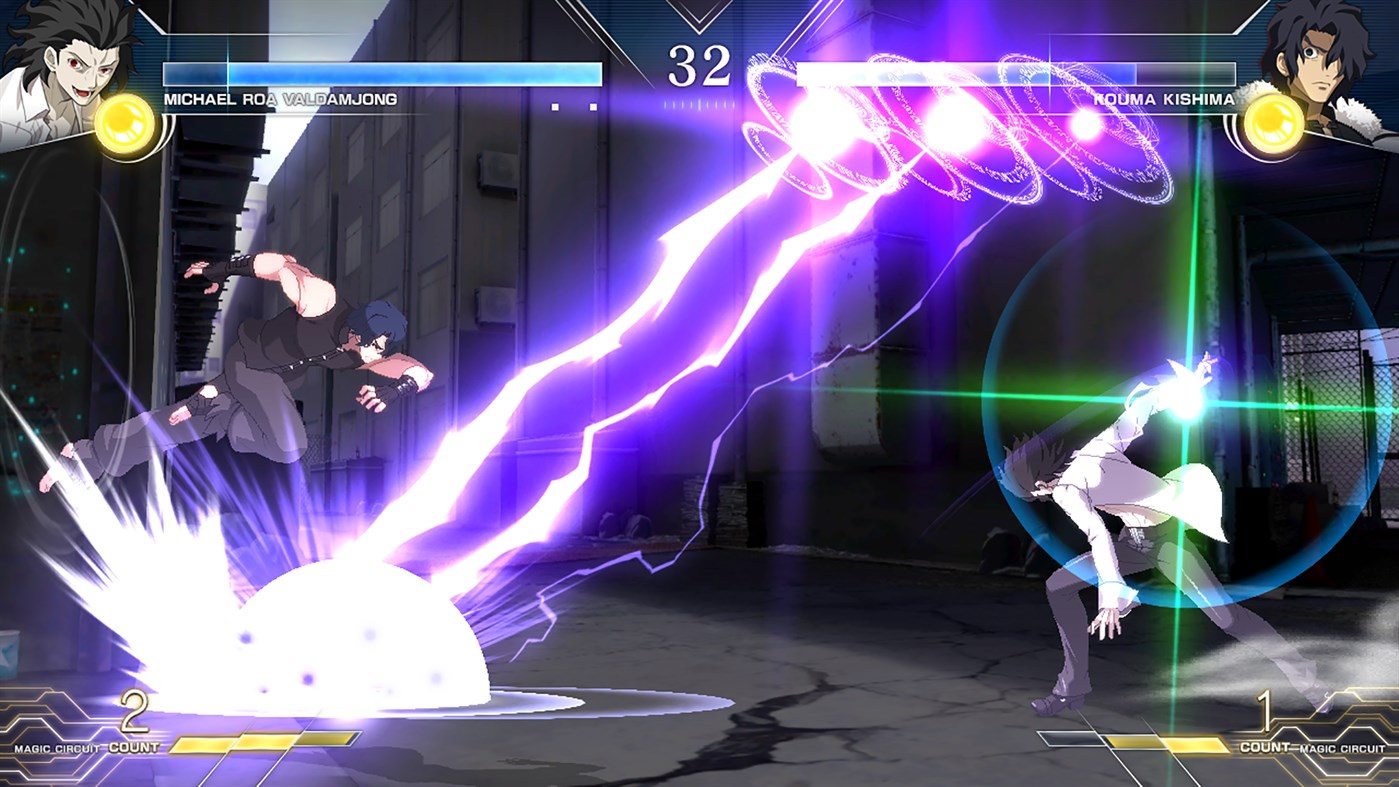 Melty Blood: Type Lumina Deluxe Edition is definitely one of the best 2D fighters I’ve played in the last few years. The combat is easy to pick up and play while being insanely addictive. It’s also perfect for newcomers and hardcore players of the genre. It also features a decent amount of gameplay content to keep players enthralled for the foreseeable future. Don’t sleep on this one.