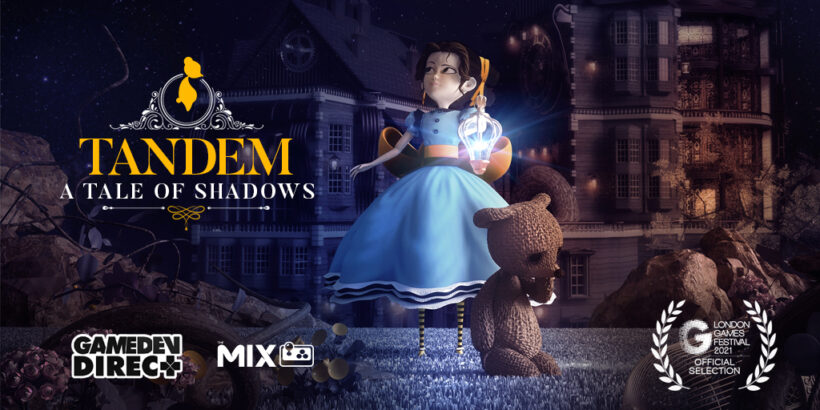 When we look at gaming history, one of the main genres that have always been at the forefront of the gaming world, must be the Platformer. Spanning numerous generations of devices and consoles, a platform is only as good as its platforming games. The only problem in this genre is originality, how do you stand out from the crowd and offer something new, in a very competitive genre that is full to the rafters.

Platform games tend to require the player to manoeuvre their characters across platforms to reach a goal, while confronting enemies and avoiding obstacles along the way. The style of platform games often leads development teams to follow the norm and present the camera viewpoint from the side view, using either two-dimensional movement, in 3D with camera positioned just behind the main character or from a more isometric perspective.

The status quo in the world of platforming is to challenge the player with reflexes, timing and dexterity controls, by having the gamer walking, running, jumping, attacking, and of course climbing. The very talented development team Hatinh Interactive have looked at the above and thrown the rule book out the window when it comes to platforming, offering something completely new when it comes to there latest gaming Tandem: A Tale of Shadows, it literally redefines the platformer genre with it’s unique mix of puzzles, atmospheric gameplay, challenges and it’s use of not one, but two camera angles which flow effortlessly in the game, to create a rather wonderful, but very different state of play. 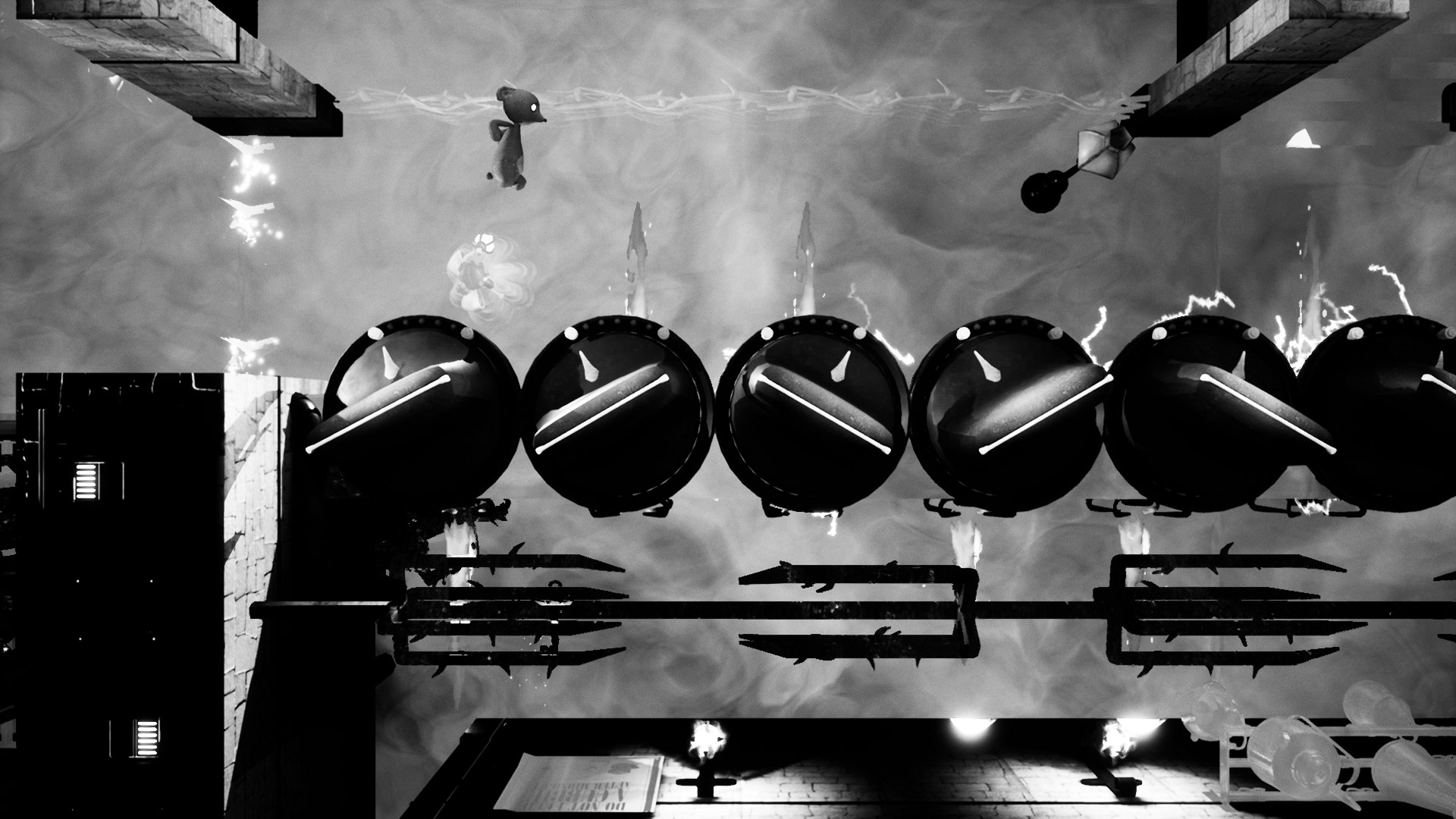 Tandem: A Tale of Shadows redefines the puzzle element from the platformer genre, and offers a eccentric top down view point, that works in Tandem with another view perspective, a side-scroller with exceptional aesthetics and gameplay.

Let’s set the tone and scene for this adventure and tell you a little about the background story of the game, so that you know what you’re getting yourself into, after all if there’s no story there’s no purpose, no feeling to your action, which will lead to a players disconnect.

Tandem: A Tale of Shadows evolves around the mystery of Thomas Kane’s disappearance. Thomas Kane was the only son of a famous illusionist, and his disappearance has still to be solved by Scotland Yard. One of the characters you take charge of is 10-year-old Emma, who has become intrigued about the whole affair, and is determined to investigate. 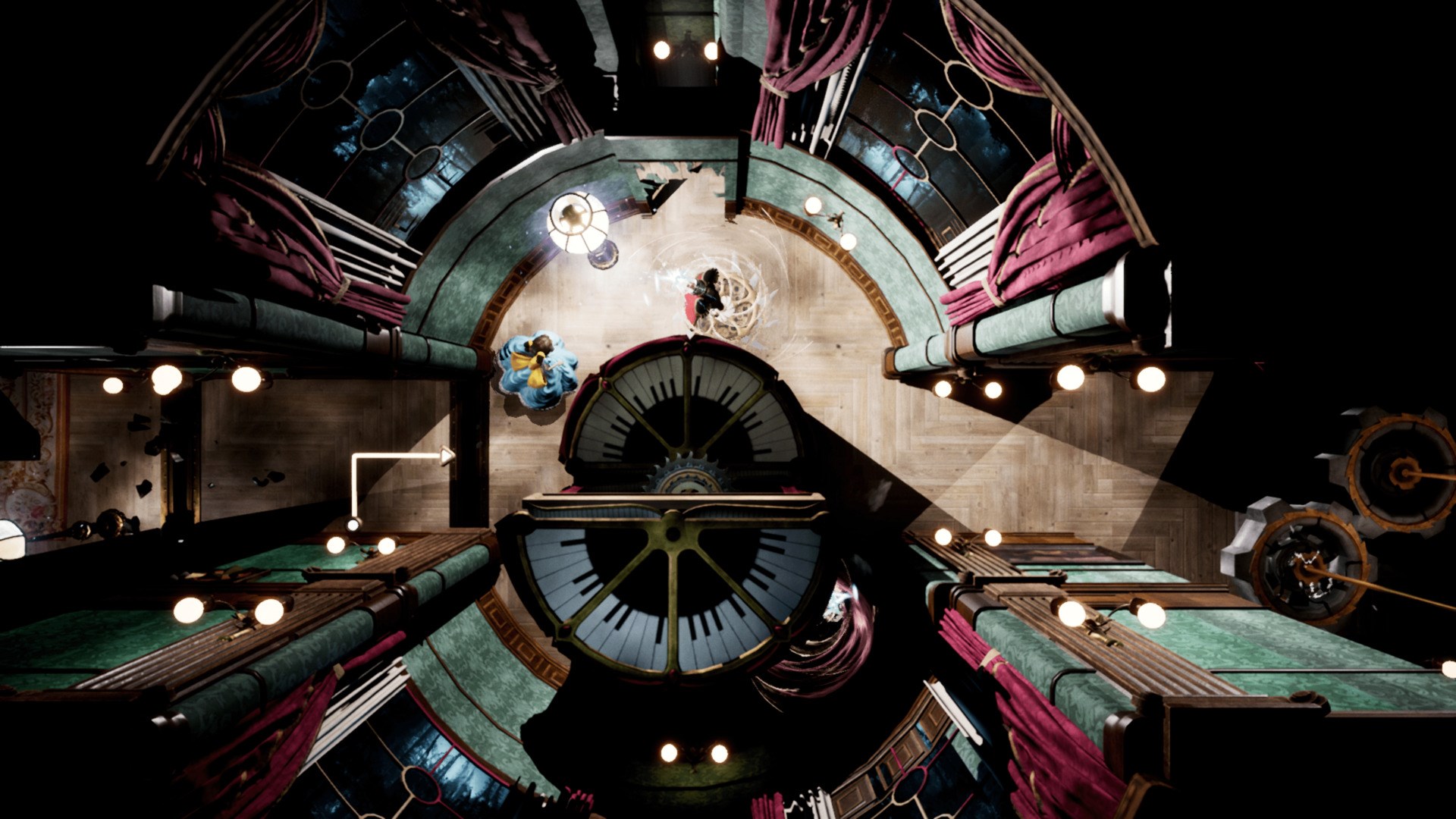 As Emma walks the streets of London towards spooky Kane mansion, a carriage passes her at speed. A teddy bear falls out the window, and unexpectedly comes to life. This teddy bear has a name, Fenton and provides the player with the second character, in which the two will work in tandem to succeed.

After falling out the carriage window, Fenton lands on his feet and sets off in pursuit of the vehicle which is heading the direction of the strange mansion. Without thinking twice, Emma joins the pursuit, racing after Fenton crossing the Manor’s entrance gate and the lavish gardens, they both reach the entrance door together, and it’s time to look inside and unravel the mystery as a partnership. 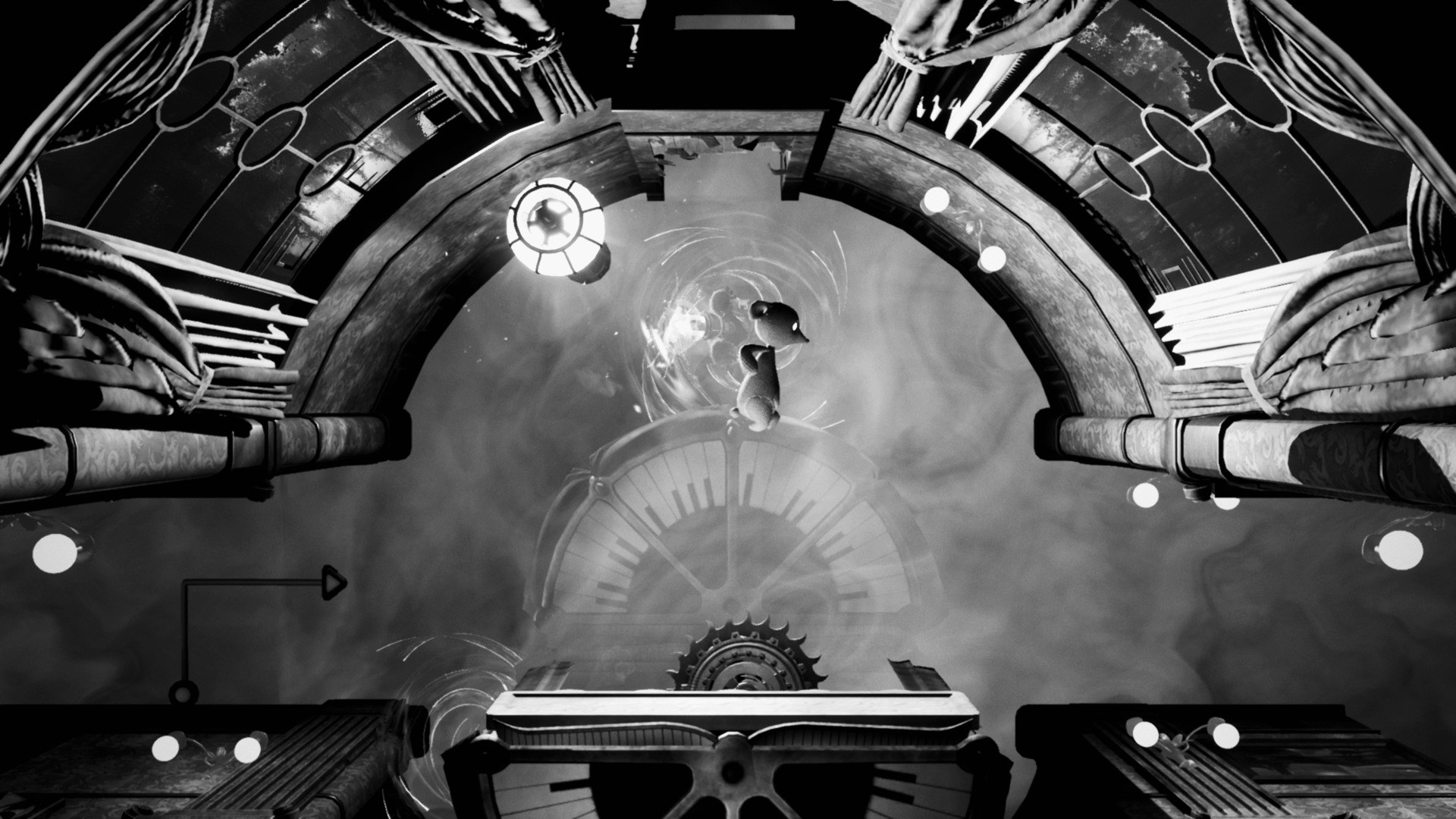 Playing as a duo in a turn-based mechanic you will require all of Emma’s focus, courage and resolve, as well as the assistance of Fenton (Emma’s new best friend), to reach the very heart of the daunting atmospheric manor. Using Fenton’s gravity-bending perspective is key to solve the intricate puzzles in Tandem.

It’s up to you to take charge of Emma’s and Fenton’s quest to solve the mystery of the disappearance of the famous magician Thomas Kane, as you encounter new segments within the mansion’s surrounding areas, all with their own set of unique challenges, and guarded by an ominous final boss.

Tandem: A Tale of shadows features five aesthetically pleasing Victorian-inspired worlds, wonderfully created, and brings to life a truly atmospheric experience. It’s clear that the games creators are inspired by the likes of Tim Burton, Jules Vernes and Conan Doyle. The artwork and design of the game is a thing of beauty, that captures the fantasy element to a tee. 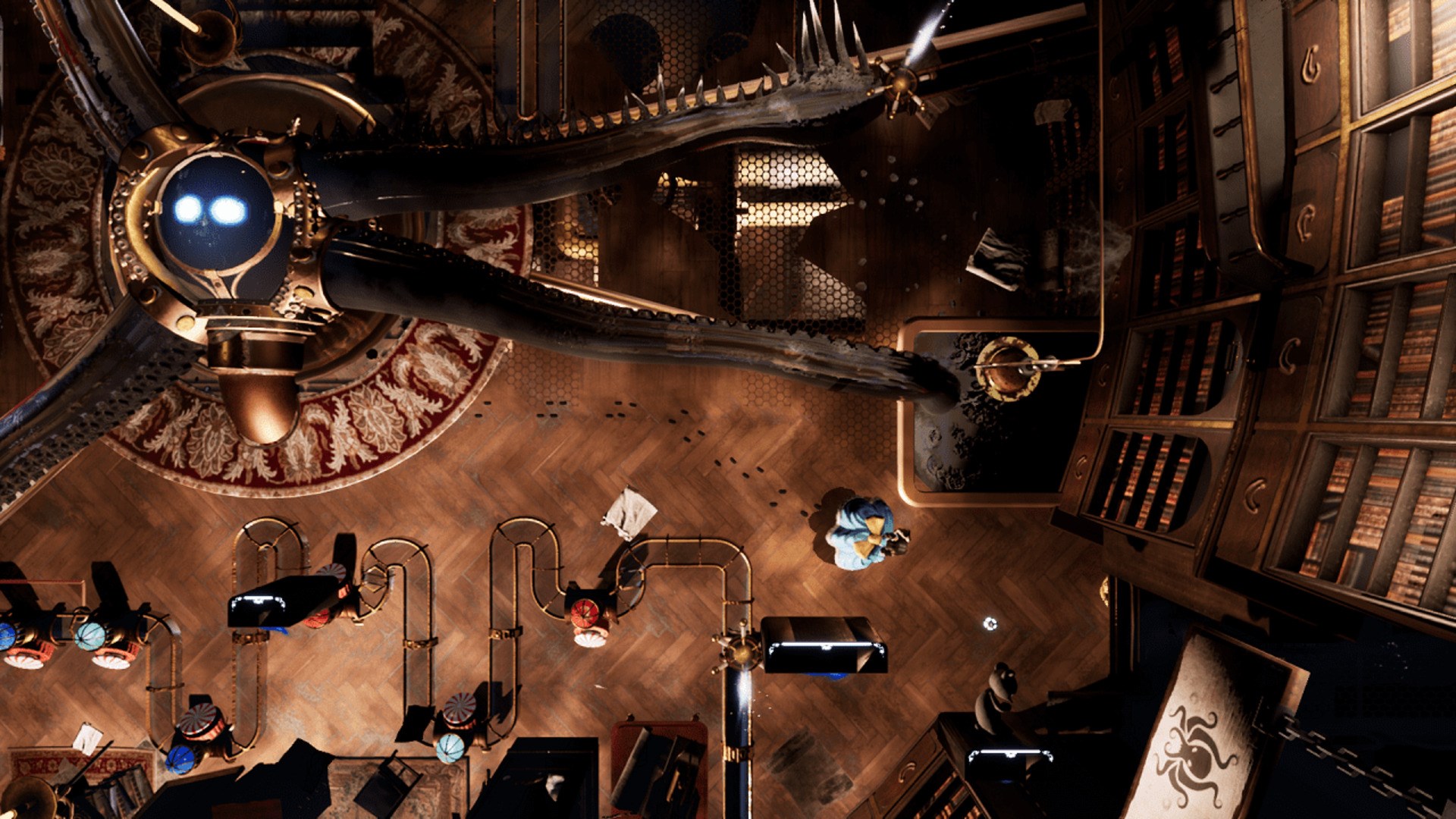 The idea to carefully play between alternate camera points is a class act. The Top down and horizontal side scroll viewpoints really go hand in hand and work fantastically well to help solve the obstacles and menacing horrors. The different view perspectives even allow you to explore hidden areas and uncover clues that will lead you to solving the mysteries within this murderous manor filled with fantasy twists and turns.

This wonderfully created game uses unique and dual gameplay, as you alternately control two characters, each with their own characteristics and viewpoints that evolves the dimension, lights up the scene. Use Emma’s lantern to project shadows, then switch viewpoints, to allow Fenton to side scroll his way upon the newly created shadowy path to solve over forty puzzles and obstacles. 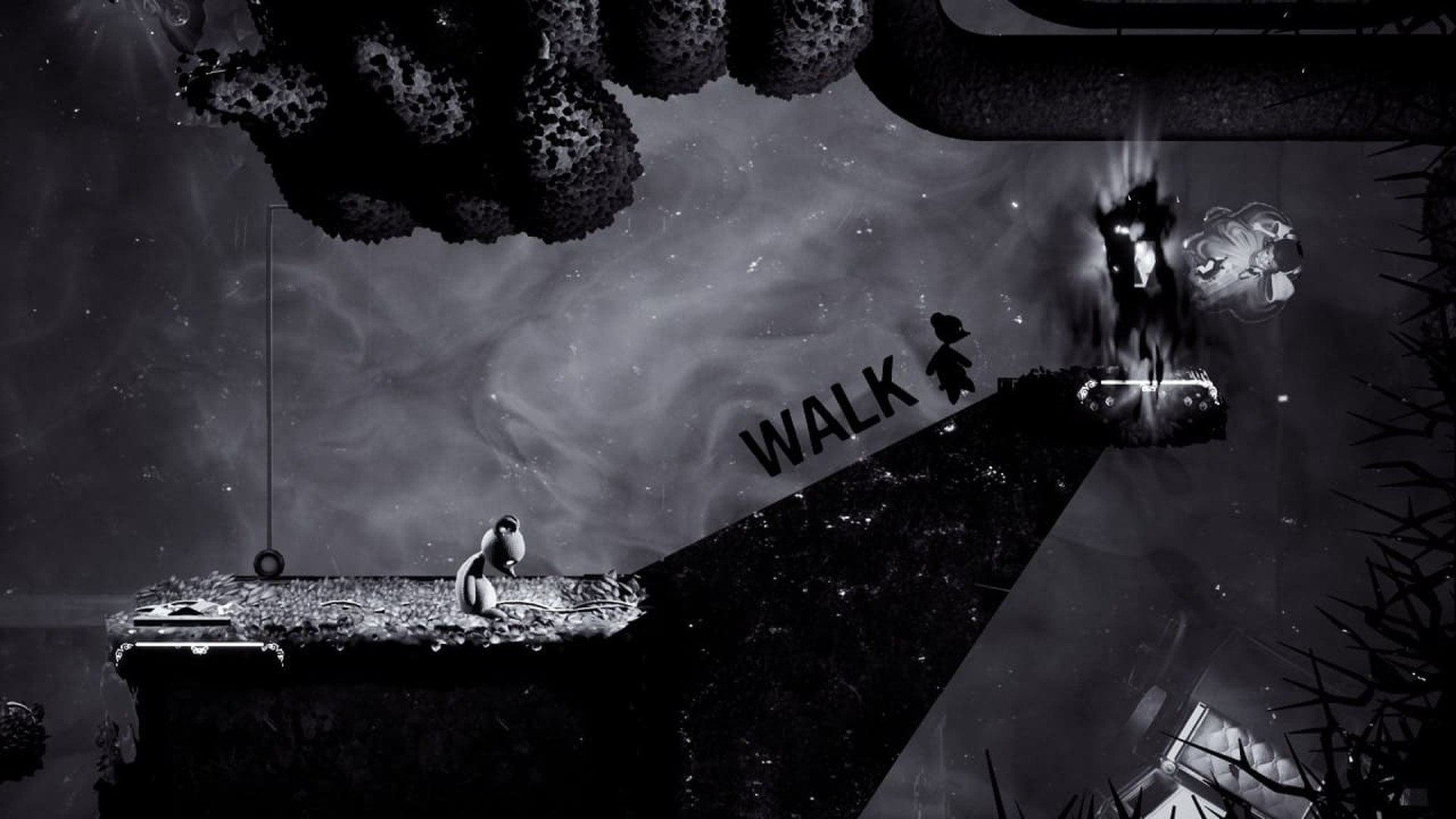 The mechanics used within Tandem: A Tale of Shadows work amazingly well in this puzzle platformer. Throughout the game you will encounter an interesting mix of enemies and bosses, with a significant amount of variation when it comes to the puzzles, that need to be solved in order to move along in your platforming adventure.

Players will face mechanical toy-like enemies and bosses throughout each of the five luxurious worlds within the old creepy 19th century Victorian manor. Since Emma’s strategy is not to attack, players must rely on their wit to move forward. Players are invited to discover creative and elaborate cut-scenes that will reveal clues about the disappearance of Thomas Kane. 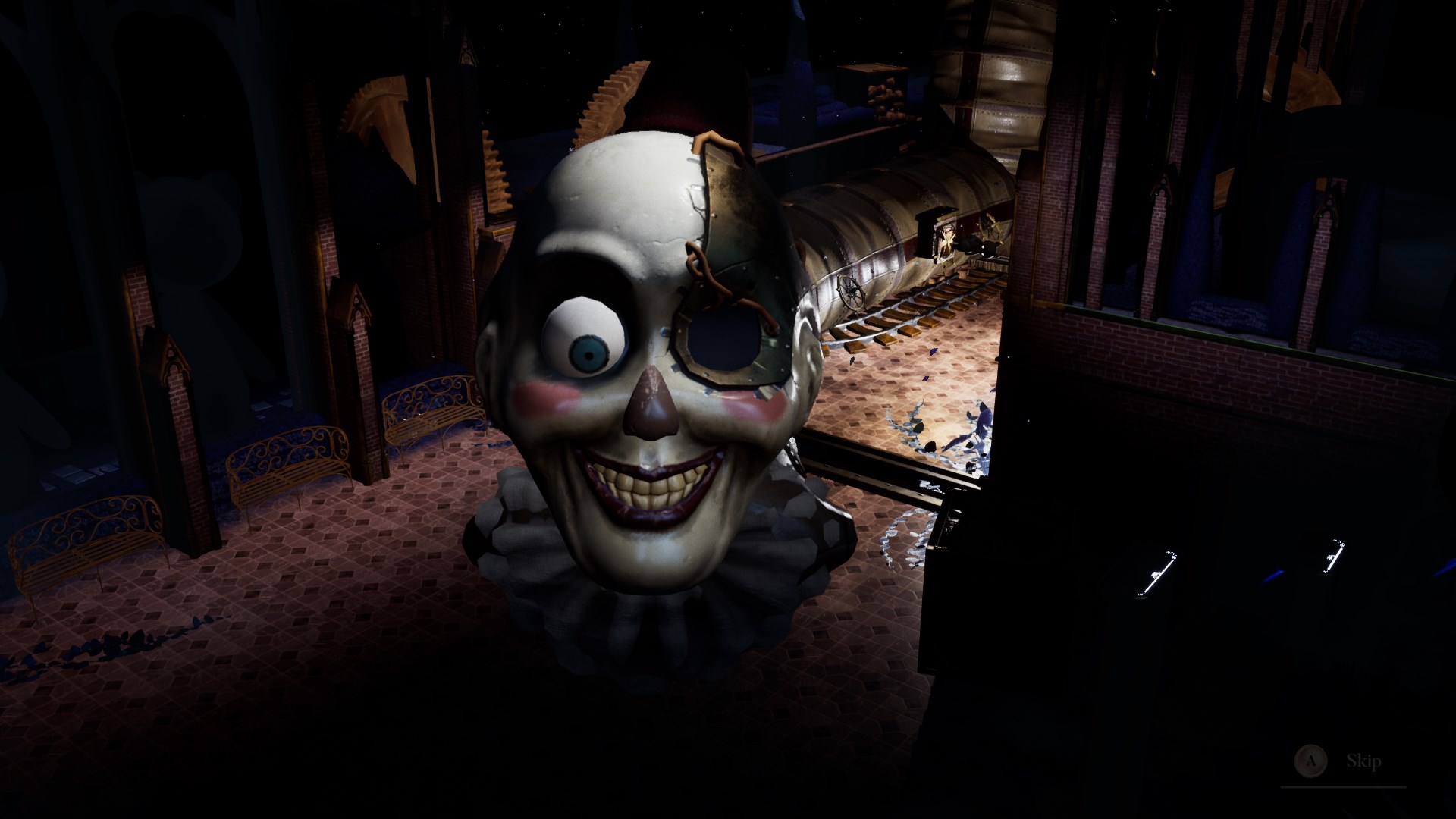 Overall, I think Tandem: A Tale of Shadows is an interesting proposition and an excellent addition to the genre, that pushes boundaries and offers a new spin and take on how a platformer with puzzles should be designed and produced. The way you switch between the two characters is effortless, and the level design and artwork used throughout the game provides a strong perspective visually on your true goals, adding to the atmosphere for which I for one truly applaud. The game nails the feeling of a creepy setting perfectly, and beautifully recreates an accurate Victorian era.