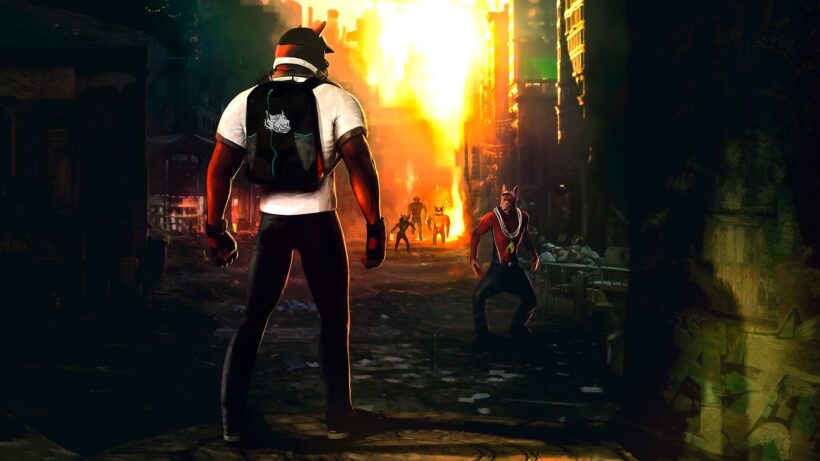 WarDogs Red’s Return takes place after a catastrophic plague almost swept the world where humans are now unrecognizable and have turned genetic engineering in order to survive. The story centers around Red, a young fighter going back home after a year away, finding it drowned in conflict. He’s on a mission to find out who is responsible for the uncontrollable chaos and put an end to it.

WarDogs Red’s Return is a beat’em up akin to games like Final Fight and Streets of Rage. You have to go from point A to B in every level while beating up every enemy barring down on you until you reach the level’s boss. Beat the boss and you can move to the next level. You punch, kick and jump kick your way through levels along with picking a limited variety of melee weapons. 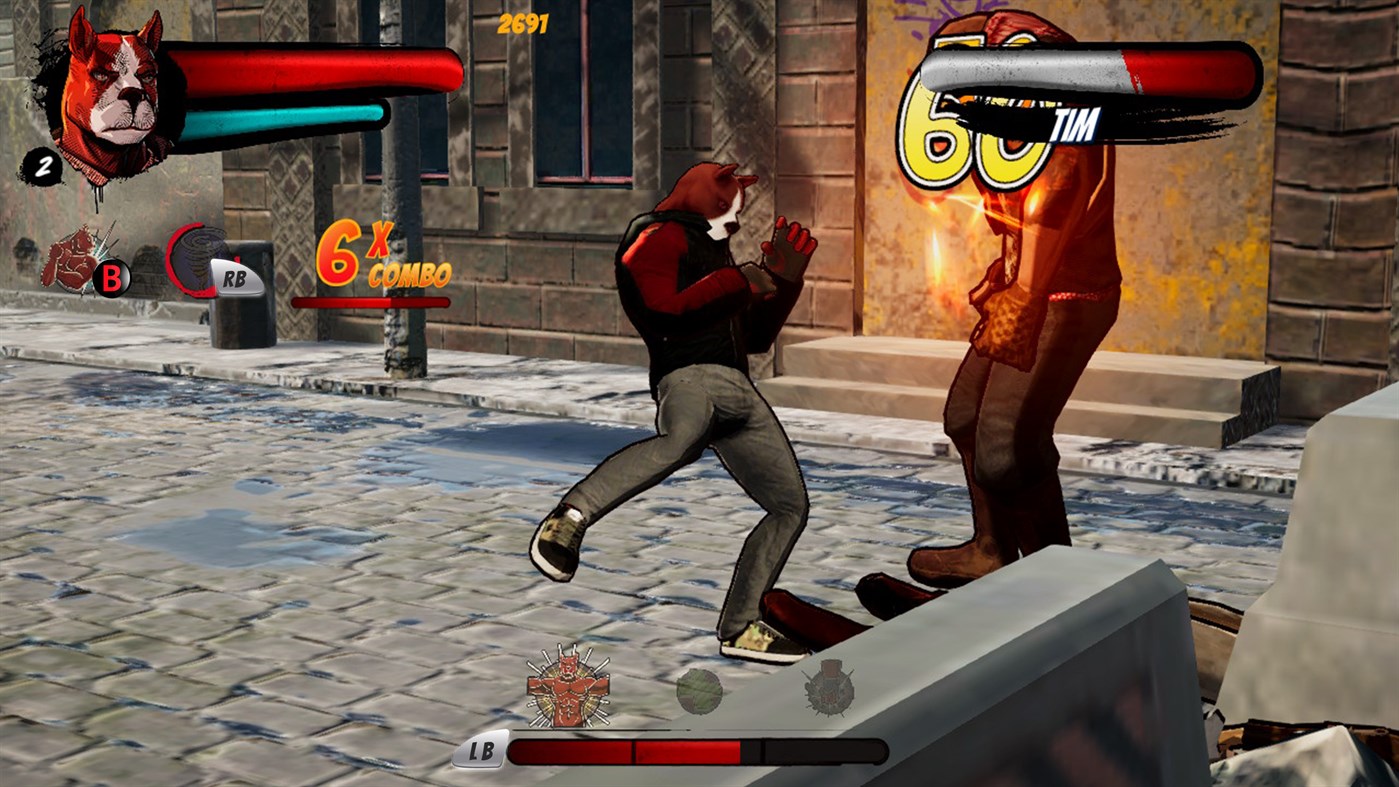 While this sounds like any beat’em up, the main difference with WarDogs Red’s Return is Red’s expanded skill set. You use a quick dash attack that will damage enemies in your path, also Red can turn into a moving tornado of fists, and use a special 3 level attack meter. The first level will give the protagonist a small temporary attack boost, the second level will allow Red to regain a small bit of health and the third will throw Red into a rage where he’ll get a bigger attack boost; which is very useful against bosses. The meter fills up as you dish out damage whereas the dash and tornado attacks meter slowly refills on their own.

You can also customize Red and make him a deadlier punching machine. After each level, you’ll be given the choice to claim one of two loot boxes type perks with different augments and money. Money can let players buy new clothing items for Red as well as additional augments. You can equip multiple augments at the same time where the stats will stack up. 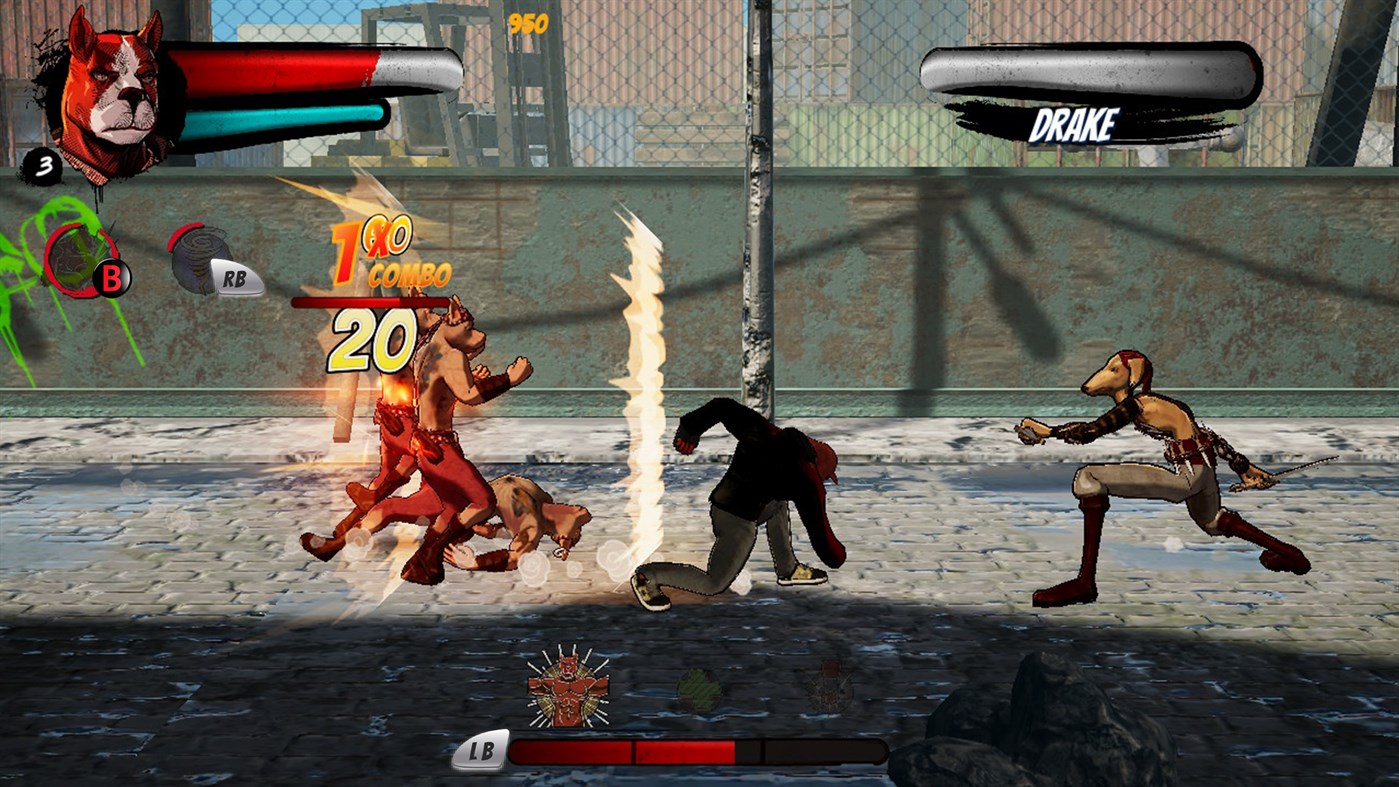 Unfortunately, the game has some annoying issues. First up is the fact that every time to punch or kick, Red moves forward. Typical beat’em ups, players will only move during combat when holding a direction with the d-pad or joystick. This is annoying because you’ll sometimes try to get a combo going, but you’ll literally move past the enemy because Red moves. Another nuisance is the fact that sometimes the game will trigger a Max Payne like slow motion when in combat… for absolutely no reason other than breaking the flow of combat. At first, I thought it was like to signal the end of a wave of enemy, but no. Other issues also include during certain levels the camera panning out and if you’re surrounded by enemies, you’ll have a find trying to find Red amongst the small crowd which can lead to unwanted damage or even death as you’re ping-pong’ed around by the enemies.

Speaking of which, some long-range enemies can fire a few times in a row which can render you powerless as each bullet bounces you around. The worst thing being the loot system where after every level, you’ll get to choose between two boxes of augments to claim. Like shooters, you’ll have common, uncommon and rare attachments so if you’re unlucky and only get crap, then you might be stuck at certain levels for quite some time. Speaking of attachments, the terminology used to detail each of their benefits is useless and nonsensical: Fury, vigor, pressure, tech; among others. Why not use simply things like Health, Defense, Power, etc… I mean I equipped random stuff and ended up starting a level with 4 lives instead of 3. How can I tell which one of the augments did that? 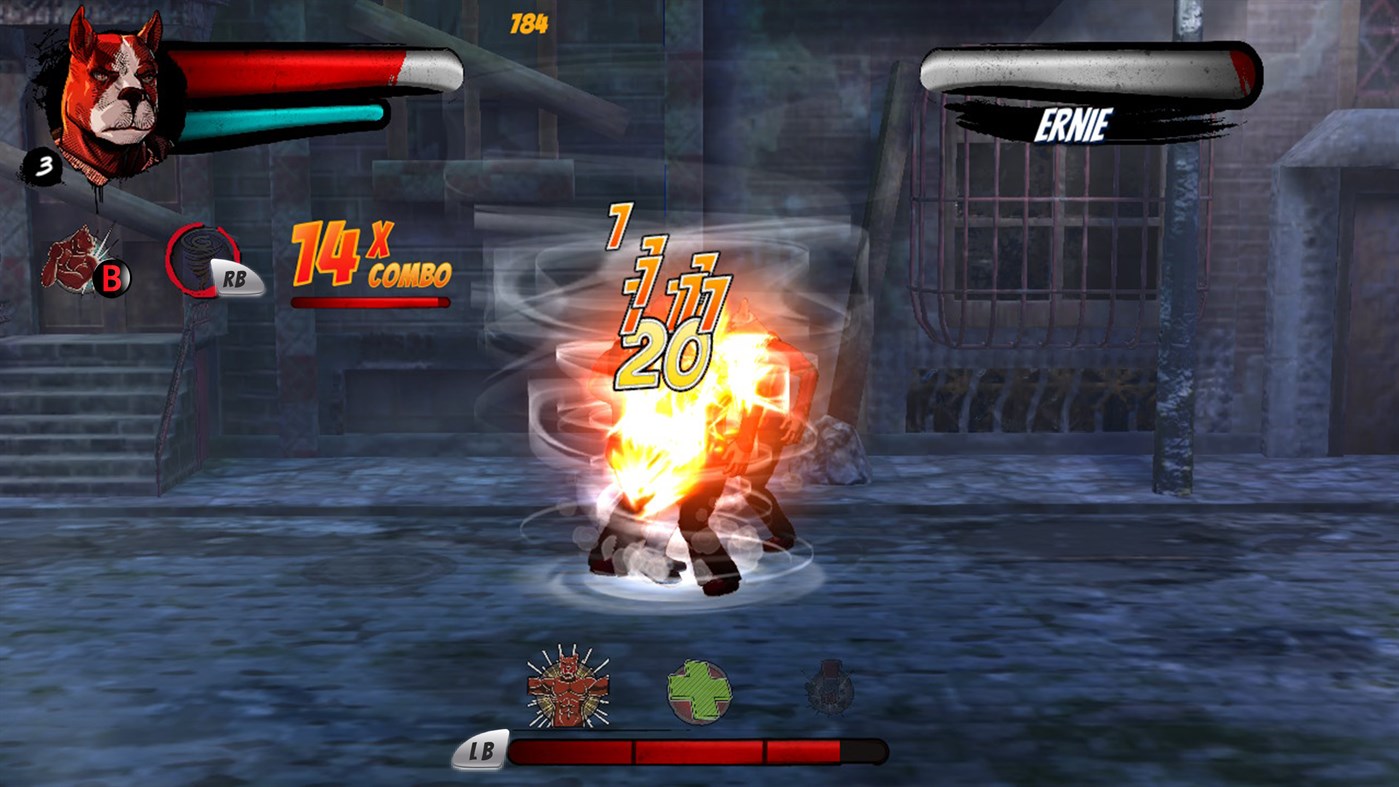 WarDogs Red’s Return looks fine as a whole. Each level is uniquely designed but it also lacks in enemy variety; although the further you get into the game, enemies because tougher and more annoying, compared to other games in the genre, it feels like too long for the limited enemy variety. The soundtrack is drowned out by the sound bytes of the action on-screen and is quite forgettable.

WarDogs Red’s Return is unfortunately one of the worst, roughest around the edge beat’em up I’ve played in the last few years. It’s not Brutal Rage bad but it’s far from being as good as Fight N’ Rage or River City Girl. Combat and movement not always responsive, dumb loot drops after each level, unbalanced difficulty; it just feels like a game still in beta. Given the aforementioned beat’em up, it’s kind of hard to recommend WarDogs Red’s Return.