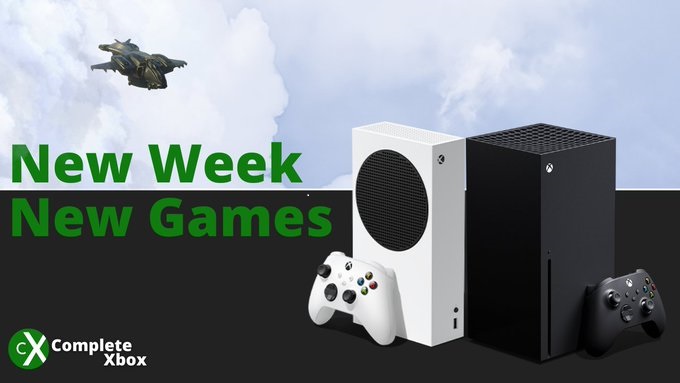 Welcome back to New Week, New Games, our little weekend feature that provides you with a little knowledge on next weeks games that will be releasing on Xbox One, Xbox Series S & X, Game Pass, Cloud and Windows 10 PC, between July 4th and July 8th

Cursed Island is a story of a one person’s attempt to leave an island that’s full of mysterious horrors and unimaginable monsters. To achieve this task, he must smash his way through the island with his trusty pickaxe.

Rush Rally Origins combines the classic top-down racing action from the original Rush Rally with the highly praised graphics and physics from Rush Rally 3. Take on 36 new and unique stages across the world, each with the ability to change the time of day and weather. Drive over many challenging surface types including snow, gravel, dirt, mud, and tarmac!

Proceed through dungeon-like labyrinths building up your card deck in a roguelite style! Enjoy a different deck experience each time you visit the labyrinth as the number of cards increases. Over 300 types of cards and 150 types of treasure await.

Take the role of a man and his mouse across a sprawling first-person horror adventure. Puzzles that Alan and Quintus encounter often require you to work out which character to use for the task at hand. Do you need Alan’s height to reach buttons, switches and items that are out of Quintus’ reach, or is a hole simply too tight for Alan to fit through? Only by working together can they discover the truth that they seek.

An immersive and terrifying first-person psychological horror game, featuring disturbing gameplay and an unsettling and compelling narrative. Solve puzzles, explore your surroundings, and most importantly, survive.

Available on day one with Game Pass. Matchpoint: Tennis Championships is a modern take on tennis, featuring a true-to-life on-court experience supported by a deep career mode and unique rivalry system. The game places a strong focus on tactical realism, positioning and aiming, allowing the player to move their superstar in exactly the right way to get the most out of their shots. Available on Cloud, Console, and PC.

Zero Tolerance is an old school arena shooter that includes three games: Zero Tolerance, Zero Tolerance Underground, and an unreleased demo called Zero Tolerance Beyond, which can be unlocked by finishing one of the two other games. Originally developed by Technopop and published in 1994 by Accolade.

Embark on a global adventure in this ‘90s-inspired adventure platformer. Help a stout underdog kid with wacky superpowers battle bizarre villains, customize special moves and spells, and save the world!

Goblins, giant spiders, skeletons, orcs, and more await you in the tunnels and halls of the underworld. Wield an array of melee and ranged weaponry, from swords and axes to crossbows and maces, each with strength and weaknesses depending on the foes you face. Each playthrough is unique, offering countless hours of challenge and adventure.

In Eternal Hope you’ll follow the story of Ti’bi, a lonely boy who has lost the love of his life. You’ll embark with him on a highly unusual journey – one that might bring the soul of his cherished girlfriend back from the Shadow World, a purgatory-like realm. But visiting this new world will not be easy. There will be dangers to overcome and many mysteries to unearth before you can continue your passage.

Get ready to set off on an adventure to save the world in a classic side-scrolling platformer! Klonoa: Door to Phantomile and Klonoa 2: Lunatea’s Veil are coming to Xbox Series X|S and Xbox One! Set in a unique universe populated by a range of original characters, the serires follows the hero, Klonoa, as he sets off on a journey to save the world.

An action and adventure videogame inspired by ‘90s cartoons. Join our protagonist, Strong Moon, on their quest to find his weird brother, who was kidnapped by a deranged magician. Explore Lunaria’s planet and become stronger with new allies and mighty muscles.