Summer Spotlight 2019 has kicked off 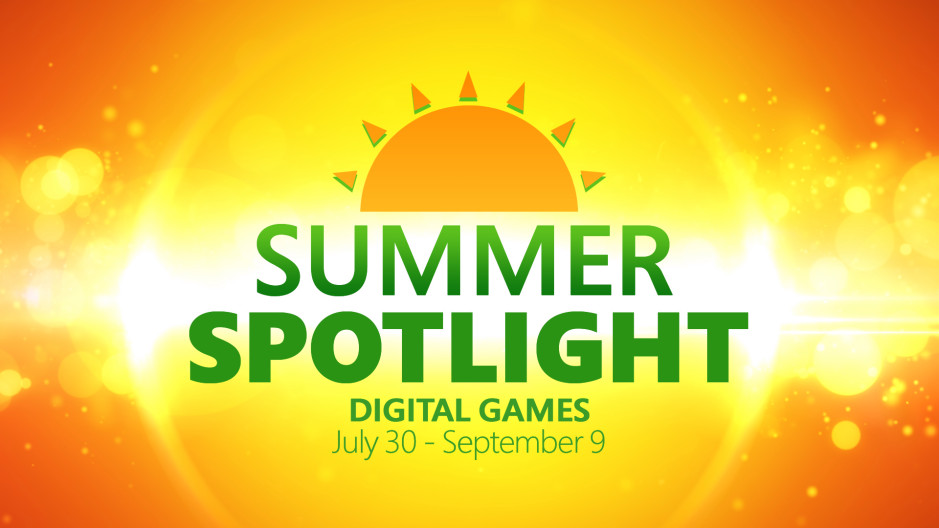 Something I always look forward to every year is Xbox’s Summer Spotlight and this year’s promises to be bigger and better! With over 60 new games releasing on Xbox One between the 30th July through to 9th September 2019, and as per usual there will be Microsoft Rewards available for spending a qualifying amount on Summer Spotlight games…. 4,000 points for the collector in you.

Below is just a few game’s realising to whet your appetite:

A unique twist on the horror genre, The Blackout Club is a first-person co-op horror game centered around a group of teenage friends investigating a monstrous secret beneath the skin of their small town. 1-4 players explore procedurally generated missions against a fearsome enemy you can only see with your eyes closed.

Few have had the opportunity to play this one-time Xbox exclusive outside of Japan. Now you can pre-order it today and scoop up the Metal Wolf Chaos XD Skin Pack. Take on the role of U.S. President Michael Wilson as he defends the nation against a full-scale rebellion led by Vice-President Richard Hawk and the mechanised legions he commands. Battle in your advanced mech across iconic American landscapes including the Brooklyn Bridge, the Grand Canyon, and the front steps of the White House. Devolver Digital and FromSoftware have partnered with General Arcade to modernise Metal Wolf Chaos with upgraded visual fidelity, refined controls and gameplay, a new save system, and 4K + 16:9 support.

Build your empire with one of six unique factions, ranging from the militant Vanguard to the dinosaur-riding Amazons and the cyborg-zombies of the Assembly. Progress through each faction’s missions using your wits, military strength and diplomacy, exploring planetary ruins and encountering other survivors as you unravel the history of a shattered civilisation. Fight, build, negotiate and technologically advance your way to utopia in a deep single-player campaign, on random skirmish maps, and against friends in multiplayer. Pre-order now to snag the exclusive Age of Wonders: Planetfall t-shirt for your avatar and get the added bonus of the Paragon Noble Cosmetic Pack.

Pre-order this epic full-contact racing game to get the post-apocalyptic car. Expect epic crashes, neck-to-neck fights over the finish line and brand-new ways for metal to bend – These are the once-in-a-lifetime moments that can only be achieved in Wreckfest, with its true-to-life physics simulation crafted by legendary developer Bugbear, who also brought you FlatOut 1 & 2!

It’s 1996. A young boy disappears in the Black Hills Forest near Burkittsville, Maryland. As Ellis, a former police officer with a troubled past, you join the search. What starts as an ordinary investigation soon turns into an endless nightmare as you confront your fears and the Blair Witch, a mysterious force that haunts the woods… An Xbox Game Pass Day 1 title, Blair Witch was the epic E3 2019 game no one saw coming. Inspired by the cinematic lore of Blair Witch, experience a new story-driven psychological horror game that studies your reactions to fear and stress.

There will be new games every week so be sure to check the Microsoft Store every Tuesday to discover all the new games to play, so enjoy this year’s summer of love.