Up In Smoke arrives to Red Dead Online Beta 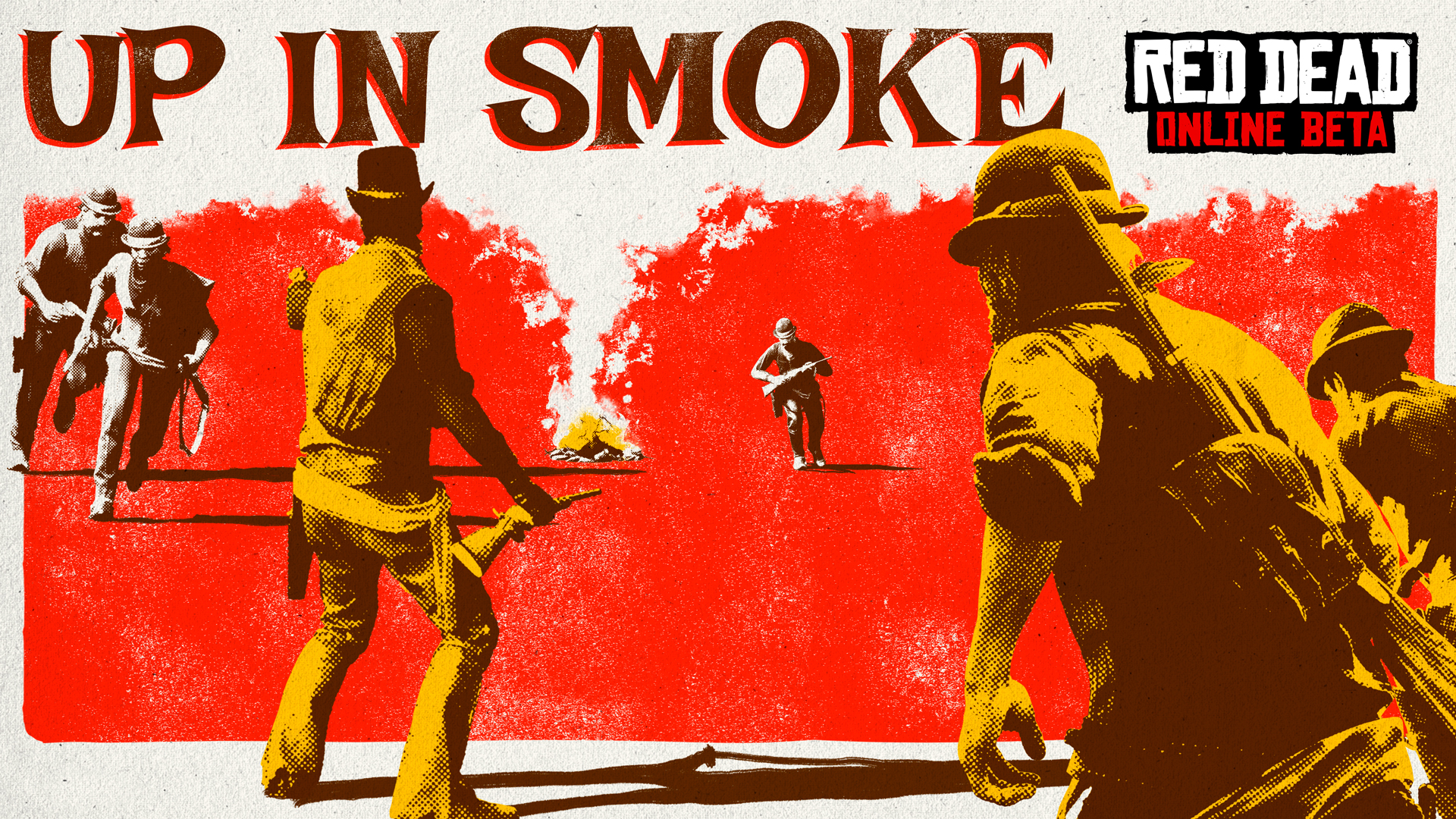 Players are pitted against one another to deliver an explosive package to the opposing team’s base, and detonate a section of their camp. Delivering all packages will raze the rival team’s base to the ground to claim victory.

Rack up extra XP this week to reach the next tier faster, then upgrade the card to get an improved version of that ability. Ability Cards like To Fight Another Day, Strange Medicine and Slippery Bastard can all come in handy in Up in Smoke, activate them while you’re fighting your way to deliver an explosive package behind enemy lines.

This week’s additions to the Wheeler, Rawson and Co. Catalogue include:

Sound good? Time to go back to the Wild West.