Away: Journey To The Unexpected review 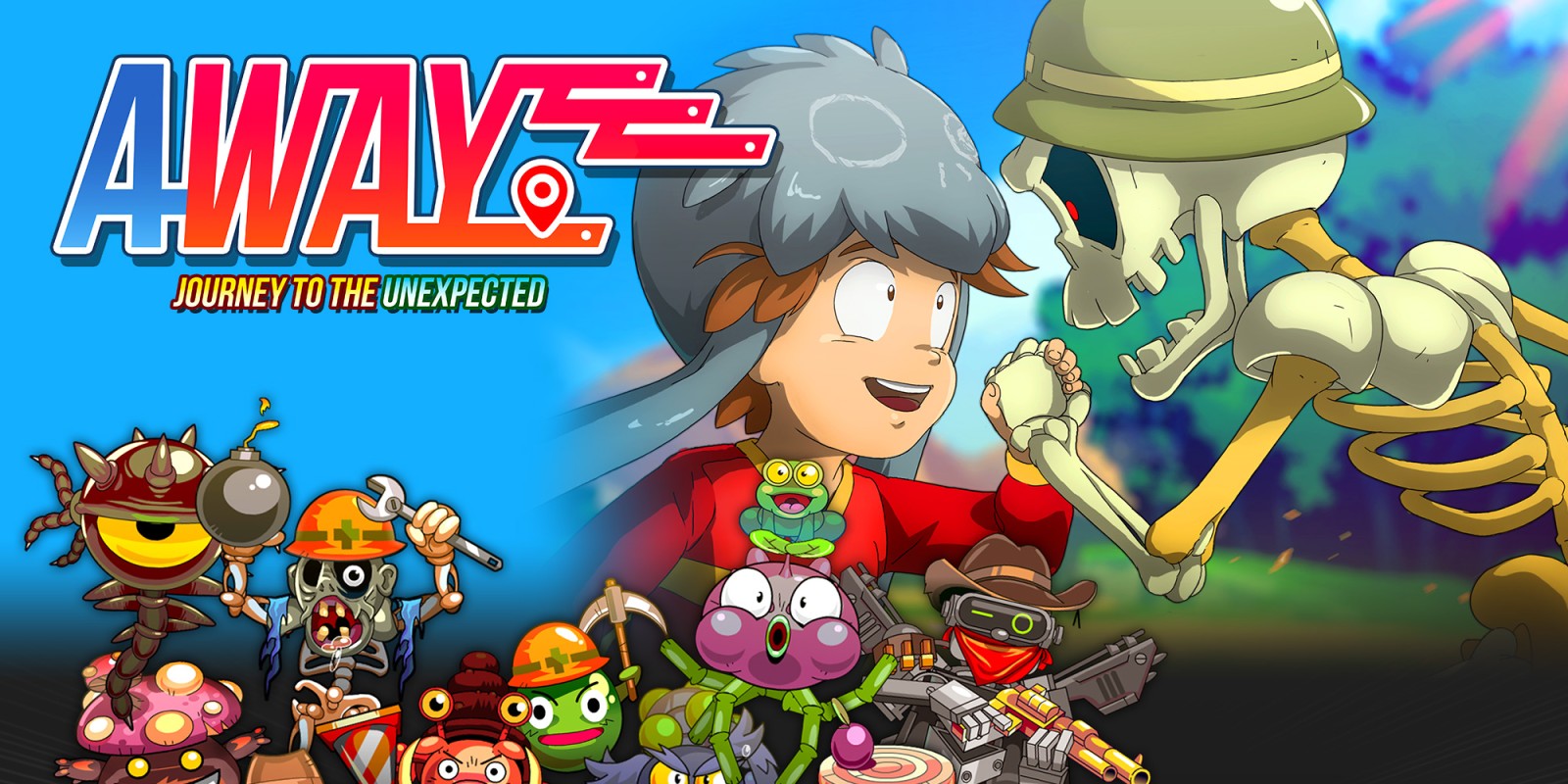 Sometimes you just need a feel-good title in your collection. A game that invites you in to an adventure full of charm. Well kick back and enjoy that feel-good factor, brought to you by the very talented team at Playdius, this indie developer has produced a game that is full of action and exploration.

Away: Journey To The Unexpected, uses anime style storytelling and combines that with negotiation, and rogue-like elements to form an unforgettable world for you to star in.

You play the role of a regular kid who lives with his beloved grandparents. As a child you understand that your parents have a secret, and that they are forbidden to talk about it, even with you. However, you are worried by the length of there absence. It’s been weeks since you last saw them, add to that strange noises from the locked basement of your house, and your curiosity has got the better of you, as you investigate the strange going ons.

Your house plays the role of your base in the game, with many of the doors locked and only characters to interact with, you find your way to the basement to uncover that strange idiotic workmen have drilled a path into your basement. As you follow the path with your trusted stick handed to you by your pet dog, it’s up to you to go forth and whack the sense out of any foes that you encounter. Upon clearly the area, you discover a portal that will whisk you away to unexpected world, where you uncover a light – hearted story with the ultimate goal in rescuing your parents.

You must choose your path through the many doors, unlocking new areas to explore. Use your social skills along the way, as you look to recruit allies, to aid you in overcoming obstacles that lay in your way.

Away: journey to the unexpected, Is an FPS set in a beautiful 3D world. The game’s use of anime cartoon style graphics set the tone for a fantastic light-hearted fantasy adventure. The combat style system is perfect for all ages, the use of waving a stick at your enemies adds to the world of an ordinary child with innocent tendencies.

The World and level designs are full of charm and wonder, the colours are bright and rich, as you would expect in anime cartoon’s, and give you a warm sense of the journey and the importance of exploring as you travel the lands. The levels are vast and populated with wacky foe’s that have some how become infected due to a company called ‘Labiworks’ experiments with a liquid substance. This has caused an altering in the state of animals when they emerge from chrysalis. Squirrels become deadly flying squids and even humans become spiders.

As you travel through the area’s, you conclude that pretty much everything has been affected by this strange substance. There’s Forests, dessert’s and even out of space to explore, with pretty much all the games character’s available to interact with. Negotiate, persuade, or just show an act of kindness, and you just might make a friend for life.

Should you manage to befriend a mutated creature, they become playable and can aid you with there special abilities, from wizardry to the ability to heal. After all an adventure is so much better with friends.

The levels have a mixture of platform and parkour with in them, adding to the flow of the adventure. There are gold bars to collect throughout, which provide the currency for the level shop, just in case you need a nice burger to restore your heath and your friend’s energy on this wacky colourful but tiring expedition.

The shops are handy places not just offering food.  Fireworks are available for you to launch at hard to hit enemies, and an extra friend slot is also purchasable to enable up to four characters to join your ranks.

The game has a handy on-screen map indicator, which plots the location of potential friendships, as well as ‘labiworks’ and story tasks to complete. There’s also a nice journal in the form of a school boy’s diary, to help you keep track of the story that’s unfolding before your eyes, with handy insights on your encounters and discoveries.

Away: Journey To The Unexpected, tries hard to throw lots of elements into the mix and come out with a winner. It’s bright and wacky world is certainly an interesting way to go. It certainly keeps you on your toes, the initial layout of the levels and their designs are excellently created and brought to life, giving a sense of awe and wonder. The use of the colours and the anime style gives the player a real treat which is easy on the eye, however the game has a major fault with its inconsistency of randomising levels and boss fights throughout.

If you can ignore those faults, and the repetitiveness that you will encounter, you will discover that Away, has plenty going for it, with its vast exploration and different lands. The enemies are varied in the game, and rather unique.

From killer veg, to exploding snowmen, this game has it all, oh, and cool robot knights from space to defeat. The combat system works well and your foe’s health is always clearly displayed above their heads, is a nice touch.

The game can be a little confusing at times, and I blame this on the games approach of trying to think of everything. For example, clearly not explained in the game lays an Experience point and upgrade system. This is only discovered when failing and dying. Each time you die you are presented with a screen of your experience points earned, these go towards health and character unlocks such as a charged attack and a trash can lid to defend yourself. The concept and thought are excellent and works well adding replay value to the game, engaging you to come back for more. The lack of explanation of this feature is certainly puzzling and left me wondering why it wasn’t unveiled from the get-go.

I enjoyed my time with Away: Journey To The Unexpected, and although I’m not a fan of Anime, the game stuck to its task. The developers have produced a title that is light hearted in the sense of an FPS…. Bravo!