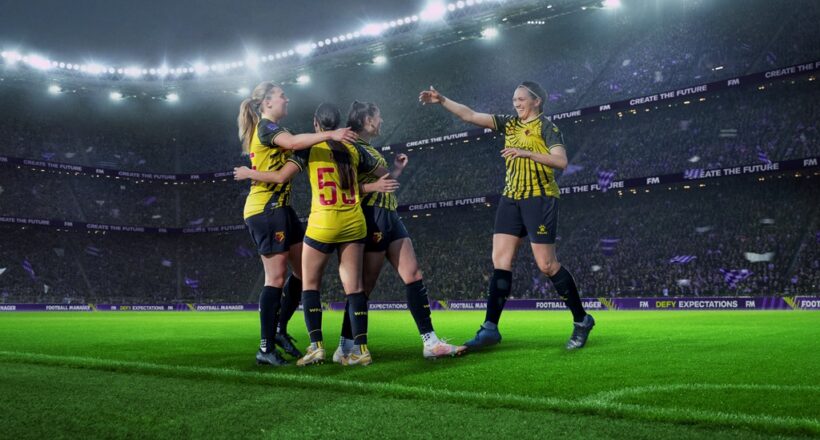 This major project in the history of the license will allow coaches to take the lead of both a men’s and a women’s team, in future editions of the most popular football coach simulator in the world

Sports Interactive and Sega Europe Ltd,  are proud to announce today the start of development of a multi-year project to integrate women’s football into its iconic Football Manger Series.

The outcome of this major project will not be a women’s football coach simulator. Instead, women’s football will be fully integrated into the FM universe, and coaches will be able to take responsibility for a men’s or women’s club and move from one to the other without any friction.
The studio has not set a definitive date for the release of the project, but the intention is to integrate the women’s matches as soon as possible realistic. The Sports Interactive development team is committed to ensuring that the representation of women’s football is as authentic as possible and will bring all the realism and attention to detail that have made the license’s reputation, and will not announce a release date until these very high standards have been achieved.

Miles Jacobson, Studio Director at Sports Interactive, said: “We have NO intention of offering an independent female version of FM. Women’s football will join FM… A sport, a game. »

“We know that this operation will cost millions and that short-term returns will be modest. But that is not the point. It is clear that there is currently a glass ceiling for women’s football, and we want to help shatter it. We believe in equality for all and we want to be part of the solution. »

“We want to be part of the process and see women’s football playing on an equal footing. We are not the only ones, as evidenced by the historic TV rights signed by Sky, the BBC and the WSL in England, but we intend to do everything we can to put women’s football in the place it deserves. »

The decision to incorporate women’s football into FM has received the support of several major figures in the football industry, including Chelsea FC Women coach Emma Hayes.

“Women’s football captivates fans around the world, and we have made major strides in terms of audience and broadcast rights,” says Hayes “But for women’s football to take it to the next level, it needs to be recognised as an integral part of the world of football, not as something separate or different. We want future generations to grow up in a world where football is not divided into women’s and men’s football, but where there is only one version: football. The extremely ambitious plans of the Sports Interactive team for Football Manager have a very important role to play in taking us in this direction. »

A detailed overview of the project, as well as some of the technical aspects it requires, is presented in a Jacobson blog, available today on the Football Manager website.