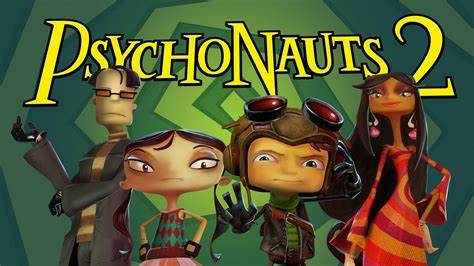 Psychonauts 2 is an exciting journey through the mind filled with the signature Double Fine humor and heart, and a touch of next-level platforming. You play as Razputin Aquato, a trained acrobat and powerful young psychic, who has realized his lifelong dream of joining the international psychic espionage organization known as the Psychonauts. But these psychic super spies are in trouble. Raz must use his powers to bring the murderous psychic villain, Maligula, back from the dead! Check out the video above and get psyched!

This game’s development began with a passionate group of fans crowdfunding the project to bring Psychonauts 2 to life across multiple platforms. When Psychonauts 2 launches on August 25, it will be available with Xbox Game Pass, Xbox Series X|S, Xbox One, Windows, Xbox Cloud Gaming, PlayStation 4 and 5 (with backwards compatibility). It will also release on Mac and Linux in the future.

If you can’t wait to explore unique environments using Raz’s ability to dive into people’s brains to battle their inner demons, unlock hidden memories, and resolve their emotional baggage, play it on day one with Xbox Game Pass!