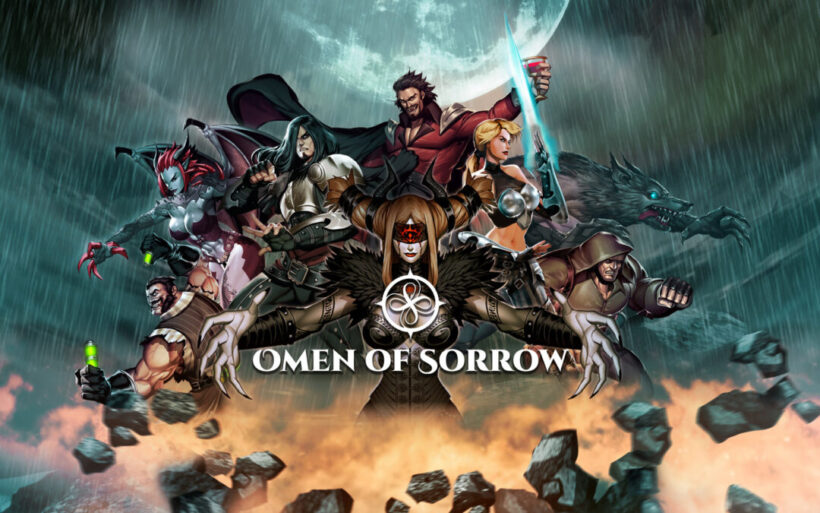 Omen of Sorrow is set in a hidden underworld where monsters of horror, literature and mythology are coming together for a fighting event like no other. Mixing inspiration from classic arcade fighters and adding its own unique innovations and mature aesthetics.

Omen of Sorrow is a one on one fighting game where players select from a handful of classic monsters and go head to head. The game features a Street Fighter like combat mechanic with a traditional 4-button scheme and having to pull down, down+forward, forward with punch or kick button (for example) to pull off special attacks. 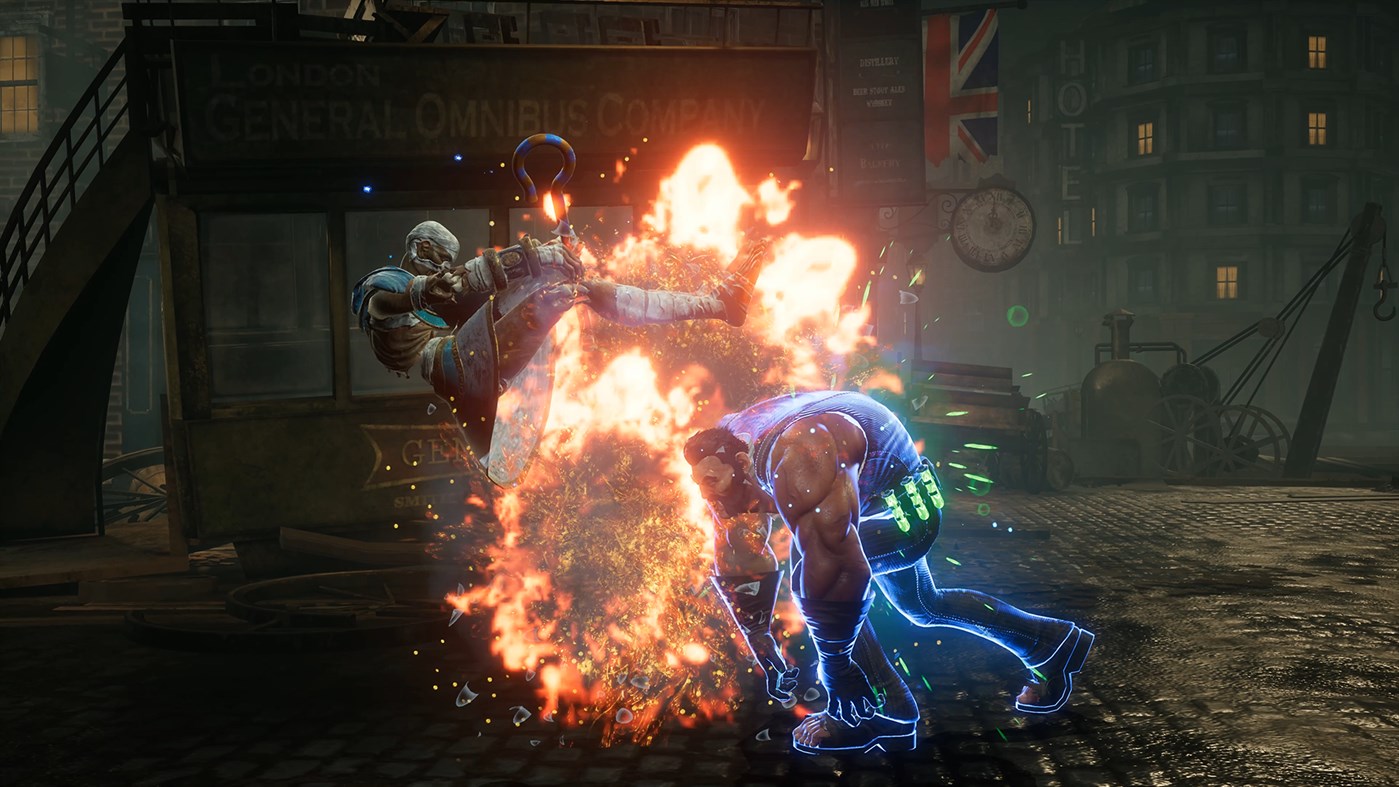 The game features a varied cast of characters that players can choose from and each monster has its own unique skillset so it leaves players variety to try and they can decide which fighter best suits their style. Additionally, the game features a handful of game modes for play to fiddle with.

You can do Arcade mode where as a selected character, you’ll take on the rest of the roster until you reach the final boss; Survival mode which is pretty self-explanatory. Newcomers to the fighting genre can jump into practice or tutorial in order to get a feel for the game without getting too much beat up. 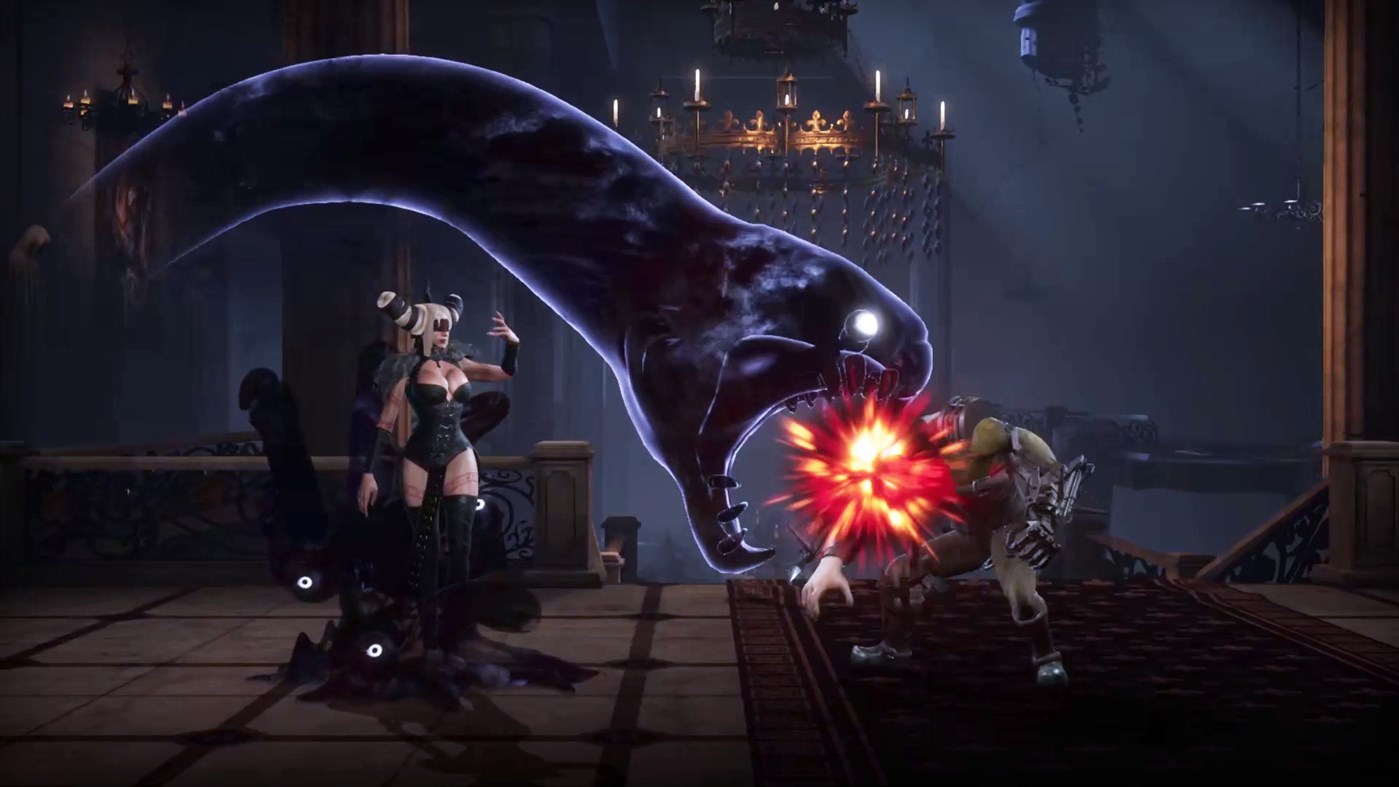 While it’s a competent fighter, the game is not perfect; the first problem being the gameplay value; or lackthereof. Omen of Sorrow lacks a proper story mode; I would’ve enjoyed having a bit more backstory of each character as they take down fighter after fighter; their reason for fighting. for example. It would’ve given the game a bit more depth. The other main problem is the final boss of the Arcade mode; she’s a brutal and cheap fighter where she constantly hits you non-stop until your health is depleted. Even on the Very Easy difficulty settings. She’s doesn’t give you many openings for attacks, unless you spam projectile attacks.

Another little nuisance is the controls. While at first, I thought it was because the d-pad of the Xbox Series X controller was too cumbersome, but pulling off special moves isn’t fully responsive. After a few hours of gameplay, I wanted to counter-test with Super Street Fighter IV on XBSX and the moves, which also require down, down+forward, down movement on the d-pad for special attacks, was actually easier to pull. While annoying, it doesn’t make the game any less playable. 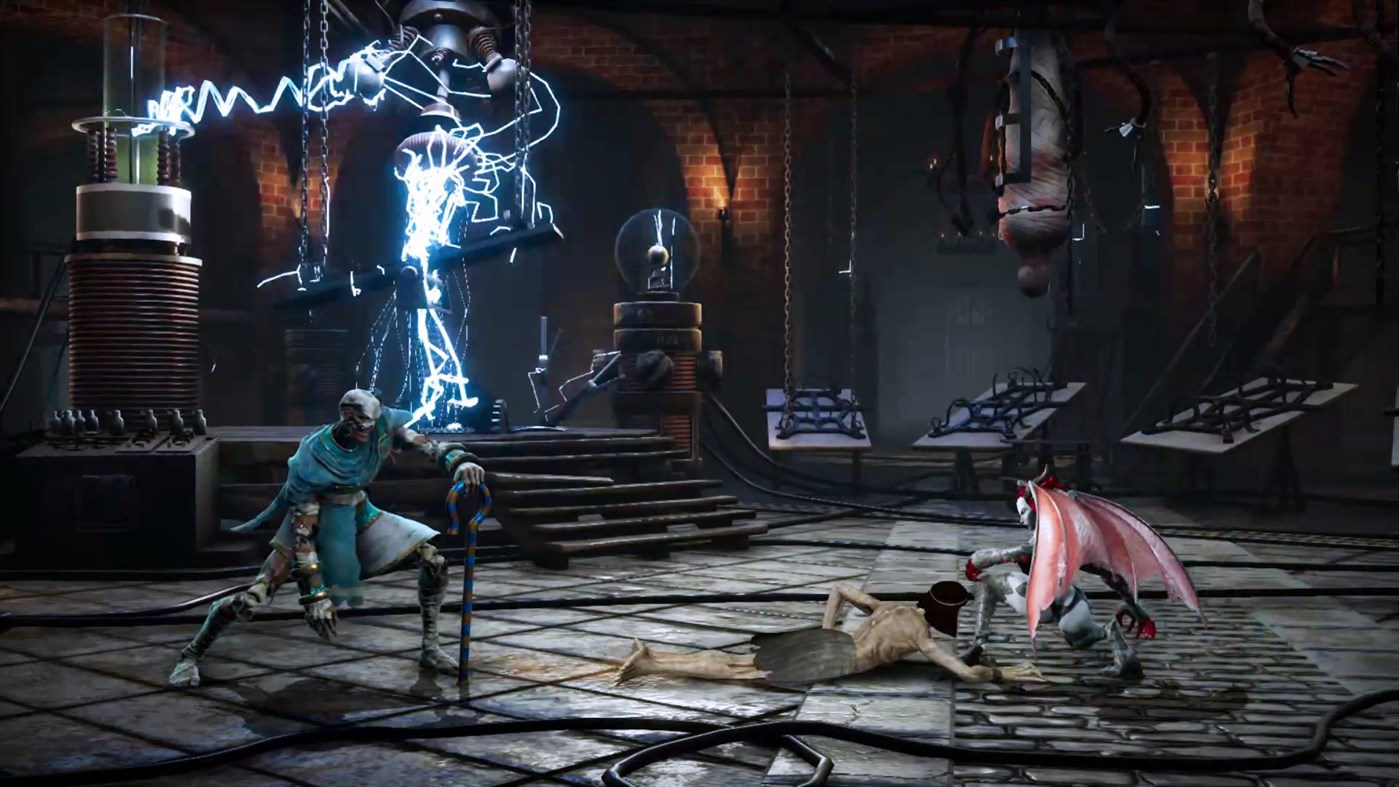 Omen of Sorrow looks great; there’s nothing to write home about, but it brings the question why is this Xbox Series only? This is not the type of game that will push a console to limits for visuals. I’ve seen good-looking games during the 7th generation of consoles. Each character has its own movement and unique design. The map where you move around between fights is actually a nice touch, but nothing extraordinary. The soundtrack is definitely one of the best scores I’ve heard in a fighting game. While most fans of the game will revere the score to the Street Fighter or Guilty Gear series, the ominous rock score of Omen of Sorrow is definitely something I listen to outside of the game.

Omen of Sorrow is a great, fun and easy to pick up and play fighting game. Albeit it’s being light on content, the diversified cast of monsters will give a lot of bang for their bucks as they try to master a character and find the one that matches their playstyle. If you’re looking for a fun fighter, you can’t go wrong with Omen of Sorrow.