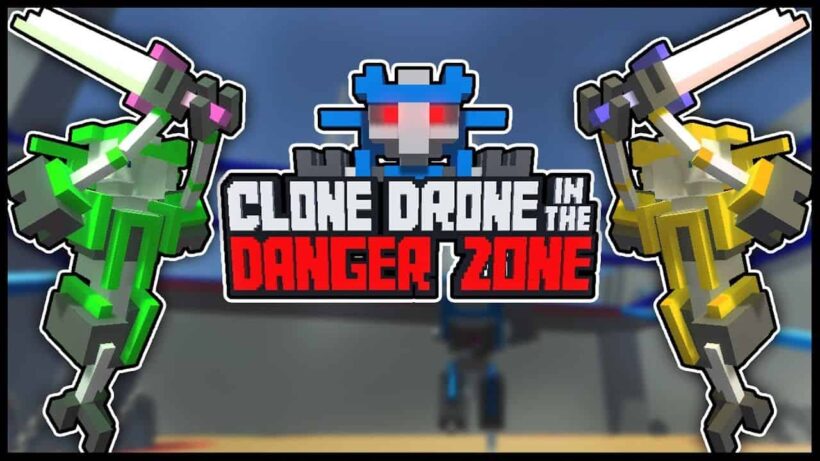 Developer Doborog is today releasing their PC cult hit Clone Drone in the Danger Zone on Xbox One, PlayStation 4 and Nintendo Switch. The slice-and-dice brawler will also leave Steam Early Access with a huge launch update, adding a fifth chapter and finally bringing Clone Drone’s story to a close.

Clone Drone in the Danger Zone is a third-person robot sword fighter where any part of anybody can be sliced off, playable across a variety of singleplayer, online multiplayer and online co-op modes. With your human mind downloaded into a robot gladiator, you must survive the sinister trials of the arena and join the human resistance against the evil robot empire!

Since the Steam Early Access launch in 2017 the game has been a regular feature on the bestseller charts and has gathered over 10,000 user reviews, an ‘Overwhelmingly Positive’ (97% positive) rating on Steam, and almost 30,000 Steam workshop submissions from the community. Over time, the game has become a virtual playground for a large and passionate community that competes daily in the robot arena of Clone Drone in the Danger Zone.

‘I can’t believe Clone Drone is finally heading out into the real world’ says Dorobog founder Erik Rydeman. ‘We’ve come so, so far since 2017. I want to say thank you again to our community, which I think is objectively the best gaming community in the whole world, as well as to our amazing team!’