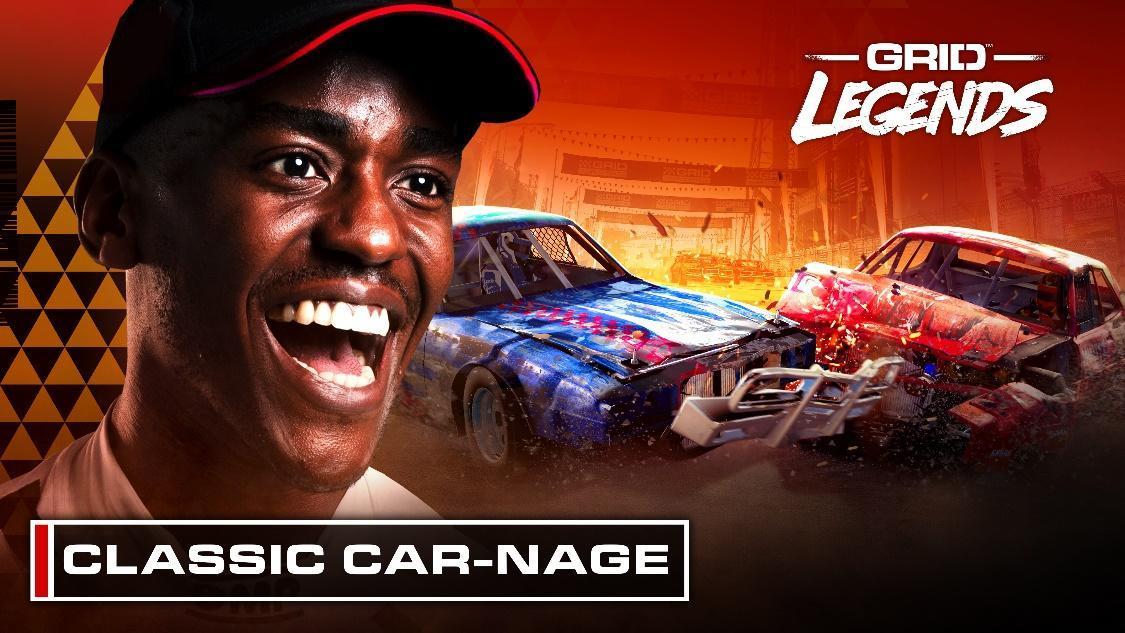 Codemasters® and Electronic Arts Inc. (NASDAQ: EA) today release Classic Car-Nage, a new adrenaline-fueled chaotic game mode for GRID™ Legends. The new story-based and cross-platform multiplayer DLC introduces a brand new action-filled Derby-style interaction where drivers compete by deliberately ramming their vehicles into one another, rewriting all existing racing rules. Players will bring out their wildest racing instincts with new eclectic vehicles and compete with friends across four new tracks, and further their experience with new themed Stories within the game.

In addition to the DLC, a new patch will be released including the Team Fordzilla – P1 race car as a free playable vehicle in the game.

The new game mode is a special series of racing events that reacquaints players with the heroes from the ‘Driven to Glory’ story mode and delivers a no holds barred experience that pushes the GRID rule book to its limit. The first episode focuses on Valentin Manzi, brought to life by award-winning British actor Ncuti Gatwa, as he and the rest of the field wreak havoc through eight Classic Car-Nage story events. Players also gain access to five new vehicles, including a fun-filled ice-cream truck, and four new routes across two locations, the prestigious Yokahama Docks and the intense heat of Havana. Three new sponsored Career Events will also be available with this expansion.

Classic Car-Nage’s online multiplayer interaction invites players to cause even more mayhem on track by challenging their friends, who can play the pack’s content for free*.

Blurring the lines between the online and offline world, GRID Legends will also be attending Goodwood Festival of Speed during June 23rd to 26th in collaboration with Team Fordzilla, Ford’s first-ever esports team which builds on the brand’s real-world racing heritage by competing at the highest level on the virtual racing stage. Together with Ford, the brands will be launching an exciting car model called TFZ-P1, designed by gamers for gamers, which fans will be able to test, drive and experience both inside and outside of the game. Not only will a full-scale model of the car be present at Goodwood, it will be included in the game as a free exclusive playable vehicle for all players. An in-game event will accompany the debut of the car, where players can compete to achieve the fastest lap time from June 23rd to July 29th July.

“After months of working together with gamers all around the world, we are thrilled to see our TFZ-P1 model making its debut in the celebrated and thrill-inducing GRID Legends game. We want people to experience the excitement of driving a Ford wherever they are and on whatever platform they play. I hope gamers everywhere enjoy our new racer and, for those racing enthusiasts attending Goodwood, they will even be able to drive it in the game while sitting in the actual car!”, said Boris Ferko, Design Manager, Ford of Europe.