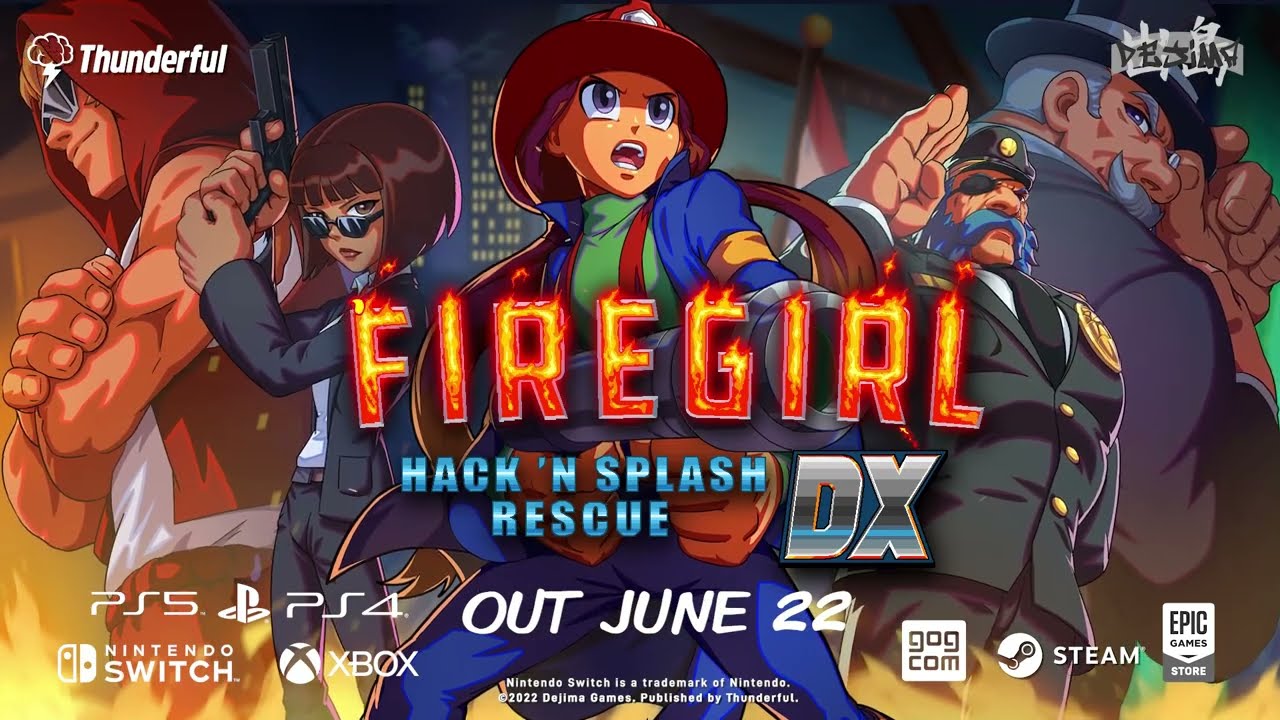 Firegirl: Hack ‘n Splash Rescue DX is an overhauled and rebalanced version of the game that hit PC late last year. It offers new enemies, reworked environments, a rebalanced difficulty curve, a streamlined upgrade tree, improved level design and much more. Thanks to these tweaks, a play style focused on extinguishing enemies is now more viable, with players now receiving more additional time for extinguishing fiery foes. Players will find that exits are now easier to discover, water refills will be more readily available when they are running low and the income system has been rebuilt from the ground up.

Firegirl: Hack ’n Splash Rescue DX is a roguelite platformer where you take on the role of a young fire rescue officer breathing new life into her rundown local fire station. Armed with your trusty axe and high-pressure fire hose that also doubles as a jetpack, respond to emergency calls that bring you to dangerous procedurally generated blazes across the city. When Firegirl arrives on the scene, she has 3 minutes to save all the civilians caught in the blaze! Extinguish fire monsters to buy more time in these tricky missions where you will feel the heat as you battle to get the job done. Uncover the truth of why these fires have engulfed the city, in a mystery that goes all the way to the top!

Between high-octane missions where you will be boosting your jumps with your hose, extinguishing dastardly pyro-monsters, and rescuing trapped civilians (and cats!), you can hang out at the Firehouse. Here, you can upgrade your equipment and hire new staff to make you more effective in tackling the challenging blazes to come. You’ll need all the help you can get to survive in this fun, thrilling and tricky roguelite!