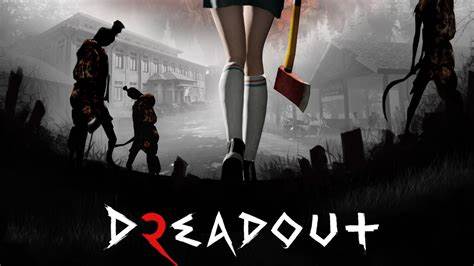 Indie publisher Digerati is delighted to announce it’s teaming up with Indonesian developer Digital Happiness to bring its chilling horror adventure, DreadOut 2, to PlayStation and Xbox consoles. The third-person ghost hunting action will launch on Xbox One and Xbox Series X|S on 15 July, and PS4 and PS5 on 20 July.

Stepping into the shoes of Linda Meilinda, a high-school student able to sense and see ghosts, players must hunt and banish spirits (using weapons or Linda’s smartphone camera), explore their surroundings, and complete side-quests. Heavily influenced by Indonesian culture, DreadOut 2 takes inspiration from the country’s folklore and urban legends, creating a distinct horror experience and atmosphere.

The original DreadOut became the first Indonesian horror game to surpass a million downloads. DreadOut 2 will be the first game from the Dread franchise to launch on consoles.

DreadOut 2 is a third-person horror adventure that draws inspiration from Indonesian folklore and urban legend. Play as Linda Meillinda, a high school student with a supernatural power – the ability to sense and see ghosts. With the aid of her trusty smartphone, Linda must hunt the nightmarish spirits and dark forces that threaten not only her hometown, but all of mankind. This spine-chilling sequel expands on the cult hit original with all-new melee combat and a greater emphasis on exploration, making DreadOut 2 another compelling and terrifying addition to the horror genre.