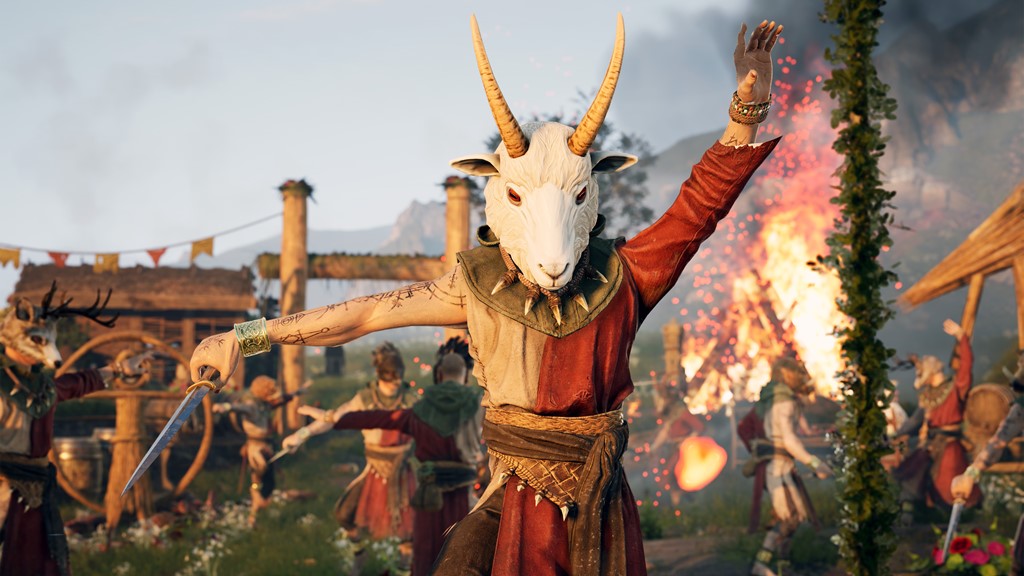 When Chivalry 2 first launched worldwide in 2021, Torn Banner Studios pledged to “double the size of the game in terms of scope and content,” within one year. Since then the developers have released numerous and significant content updates for its growing community, introducing mounted combat and cavalry charges, an all-new faction, new maps, game modes, weapons, quality of life updates, a console server browser, and more with support from publisher Tripwire Presents and global retail publisher Deep Silver.

The Chivalry 2 Midsommar Event welcomes players to the fields of Aberfell where Mason druid warlords and peasantry are hosting a festival that would make any Agathian shriek in terror – and everyone’s invited! Join the fearsome festivities and dive into a brand-new Brawl Mode map in this limited time special event. In Chivalry 2’s Brawl Mode, if you can pick it up, it’s a weapon. Leave your swords and axes at the door and use your fists, chairs, beehives, caskets, and anything you can pick-up for an all-out brawl!

The Chivalry 2 Midsommar Event and new Brawl Mode map is scheduled to launch on Thursday, June 23 and will be available for a limited time for all available platforms, including PC (via Steam and Epic Games Store), the PlayStation®4 and PlayStation®5 computer entertainment systems, Xbox One and Xbox Series X|S.

To join the chaos in the Chivalry 2 Midsommar Event, launch the game on June 23 and click to join the Midsommar Brawl servers.

Only the Strongest Will Survive, Rust Console Edition Out Now on Xbox One