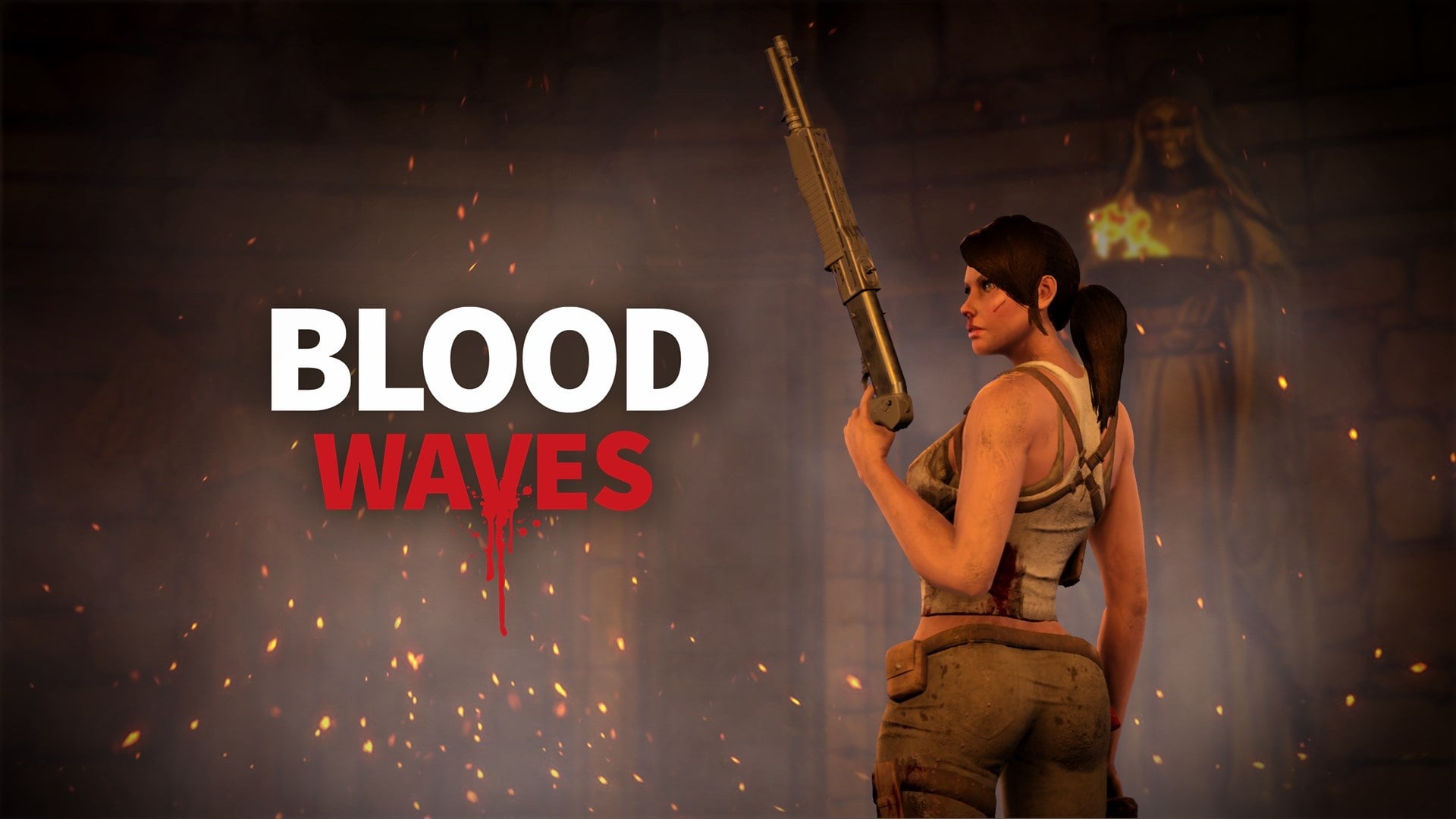 Zombies are a gamer’s best friends, everyone loves them, right?

Yes, there’s been loads of the undead brain eating themed games over the years, many thoroughly entertaining, with all sorts of zombie game modes turning up in a whole host of genres.

Sometimes there’s nothing better than to kick back and load up a mindless shooter, something that requires little thought, except to blast and slice through oncoming enemies.

Zombie wave shooters are perfect for this, trust me I know. They can be a gamer’s go to game when you need to take out a bit of aggression, after a hard day’s work. A game to take out your frustrations on, rather than in the real world. Wave shooter’s certainly have a place amongst gamers collections, and always serve a purpose.

Sometimes you, have tapped into the Wave shooter business with Blood Waves, a game that fits the bill in terms of its concept, a third-person shooter where the goal is to survive the oncoming horde wave after wave, but is it any good?

You play the role of a female heroin, trapped in what can only be described as medieval oval dungeon. Inside your circular surroundings are many doors, which open to flood the area with flesh-eating foe, with you as the main feast. Your only hope, to slice and blast your way through in the hope the doors remain shut, and a way out becomes apparent.

As in many wave shooter’s there’s almost certainly a way to upgrade and defend yourself from the never-ending horde. Blood Waves is no different, for each zombie you put to the sword, you are awarded cash, and for each round completed you obtain a skill point. In Blood Waves as the doors slam shut and the wave ends a staircase is revealed. Upon climbing the staircase, you are treated to a room full of goodies to purchase and an area where you can spend your skill points on upgrades. Inside your play room are weapons, ammo, a work bench, and what can only be described as an upgrade station for your character. There is also a specially selected bunch of toys that you can buy and utilise, to form a strategy in the form of tower defence mechanics.

Before the start of each wave is a chance to set yourself and prepare for the evitable horde that will infest your new home. Place traps, blockade yourself in area, so that you have a line of defence. Use flame thrower’s and turrets to aid you and give you a fighting chance in the next onslaught.

Blood wave’s Third person concept works well initially, but you soon realise that the mechanics of the game are very sluggish, and tiresome. Your character’s movement is slow, and although this can be upgraded, the camera movement cannot.

The controls are simplistic, and easy to get to grips with, however it has a clunky feel to it, and is not as responsive as it needs to be.

Graphicly the game is below par, and the level design is rather odd. To have wave after wave in the same place with no real changes is only going to lead to boredom.

The zombie’s movements in the game can only be described as ragdoll like, and although there are a few different zombies to encounter, there certainly isn’t enough variety.

The tower defence mechanics and the options to upgrade are a nice touch, and the games only real saving grace, offering the player a strategy element where you can assess and plan for the next attack. The toys at your disposal in order to form a defence work well, and the options to upgrade your character in the form of skills are an excellent addition. There’s plenty of weapons to purchase, I just feel that players may switch off before they get a chance to put them to work.

I personally found Blood Waves very repetitive, and frankly not much fun. The game needed variation in terms of its level design, and the game mechanics to be more fluent for it to work. The zombies Rag like doll movements and looks were disappointing. Blood Waves could have been so much more, had it got the basics right with the addition of leaderboards and option for another player to fight the good fight with.  However, I must say I thought the upgrades and weapon additions were excellent and executed nicely throughout.