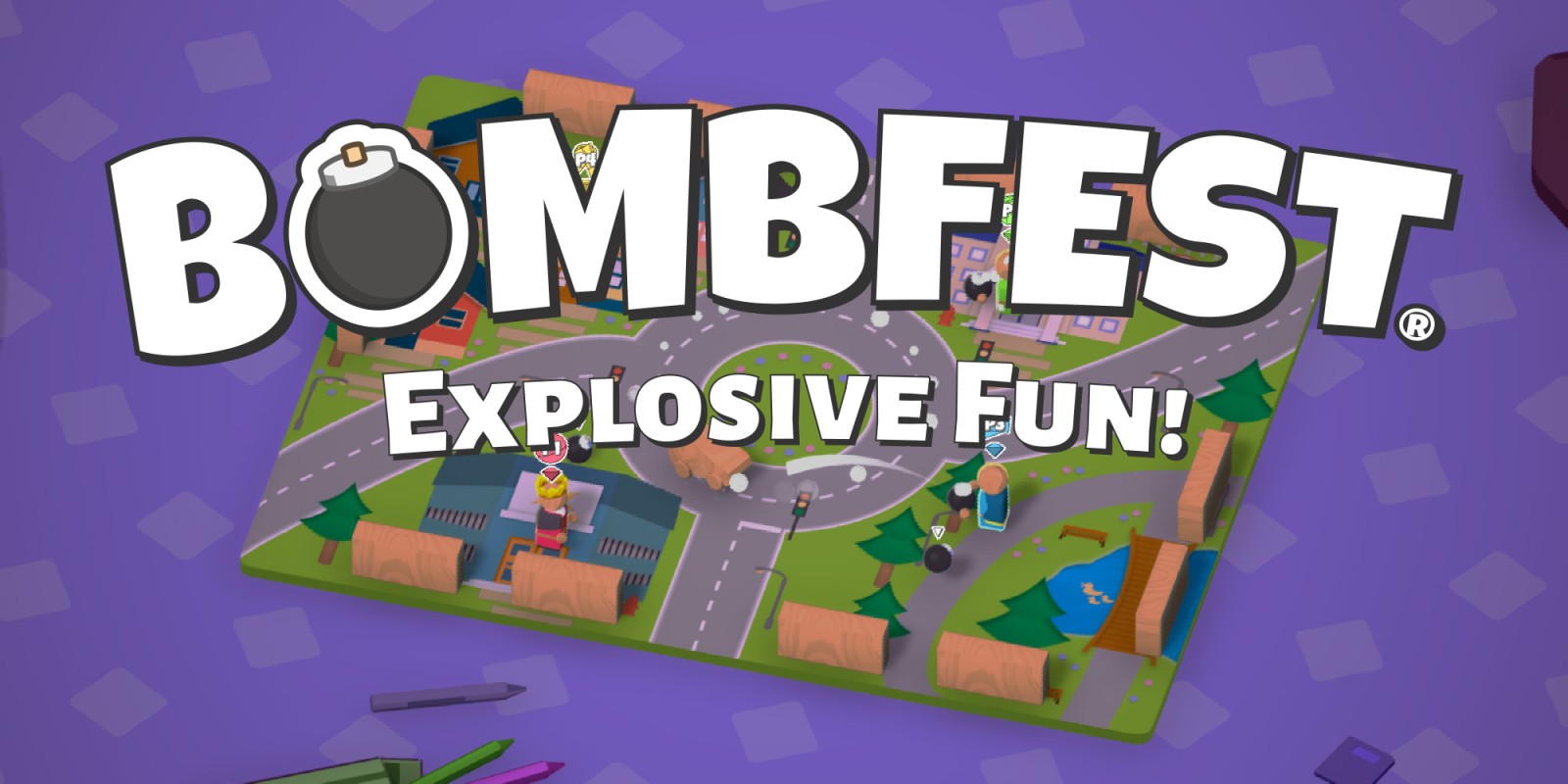 Its all in the title, sounds like fun, and it is! BOMBFEST is the latest in a new trend of couch play titles. The game promises to bring back the good old days of gaming, that somehow got lost in the need for a multiplayer generation.

BOMBFEST’s aim, to provide its players with Explosive party fun, for up to 4 players. Clearly inspired by childhood memories, the game is built around wooden toys, and hopes to capture the magic of destroying things that get in the way, and that mean you and your foes.

Choose your wooden destroyer and prepare to let rip as you battle it out in scenes from a small child’s fantasy. Wooden Forts, and Kitchen sinks, amongst other’s were once your playground, now there the battlefield. Use bombs and your quick actions, to push the other player off the table, or simply just try to avoid the action and then pounce, as you look to get the upper hand, and reign supreme as the last man standing.

The game is bright and fun, and its clear that developers Whitethorn Digital have recapture the giggles, and the excitement of the good old enthusiasm that comes after annihilating the opposition. There aim to brings smiles to couch players is certainly well received in my household.

BOMBFEST is simplistic in its design and does exactly what it says on the tin. The colours and graphics are wonderfully drawn, and the use of colour, from its pastels, to its bright childhood primary colours, work really well.

The games music is catchy and energetic, and the menu’s so easy to use, with a whole host of options to customise matches, with multiple levels to choose from, round length, timer settings, and even how quick bombs respawn. There’s also the option to change the style of bombs, including Ice bombs, which are frozen in ice and slippery to the touch, And Sticky bombs that are covered in bubble gum that stick to practically anything.

The game also has an unlock feature, where you can get your mitts on new bombs to activate, new area’s to battle it out in, and even new character’s, which adds to its replay value.

BOMBFEST’s controls are so basic, offering a two button system that plays well, and is easy to pick up and get to grips with, making it the perfect game to have fun with, what ever the player’s age. However the game is also incredibly hard to master, no two games are the same, and what with the frantic style that is on offer, trust me when I say you may even be beaten by a bot too.

This game is a perfect party title, I had a lot of fun playing with my kids, there was plenty of excitement and enjoyment, the game is beautifully created, has a whole host of options to change things up. The control’s fit well with the game and are very responsive. The settings for the rounds are spot on and full of charm.

All and all this game hits the nail on the head on with its style and uses it to brilliant effect.