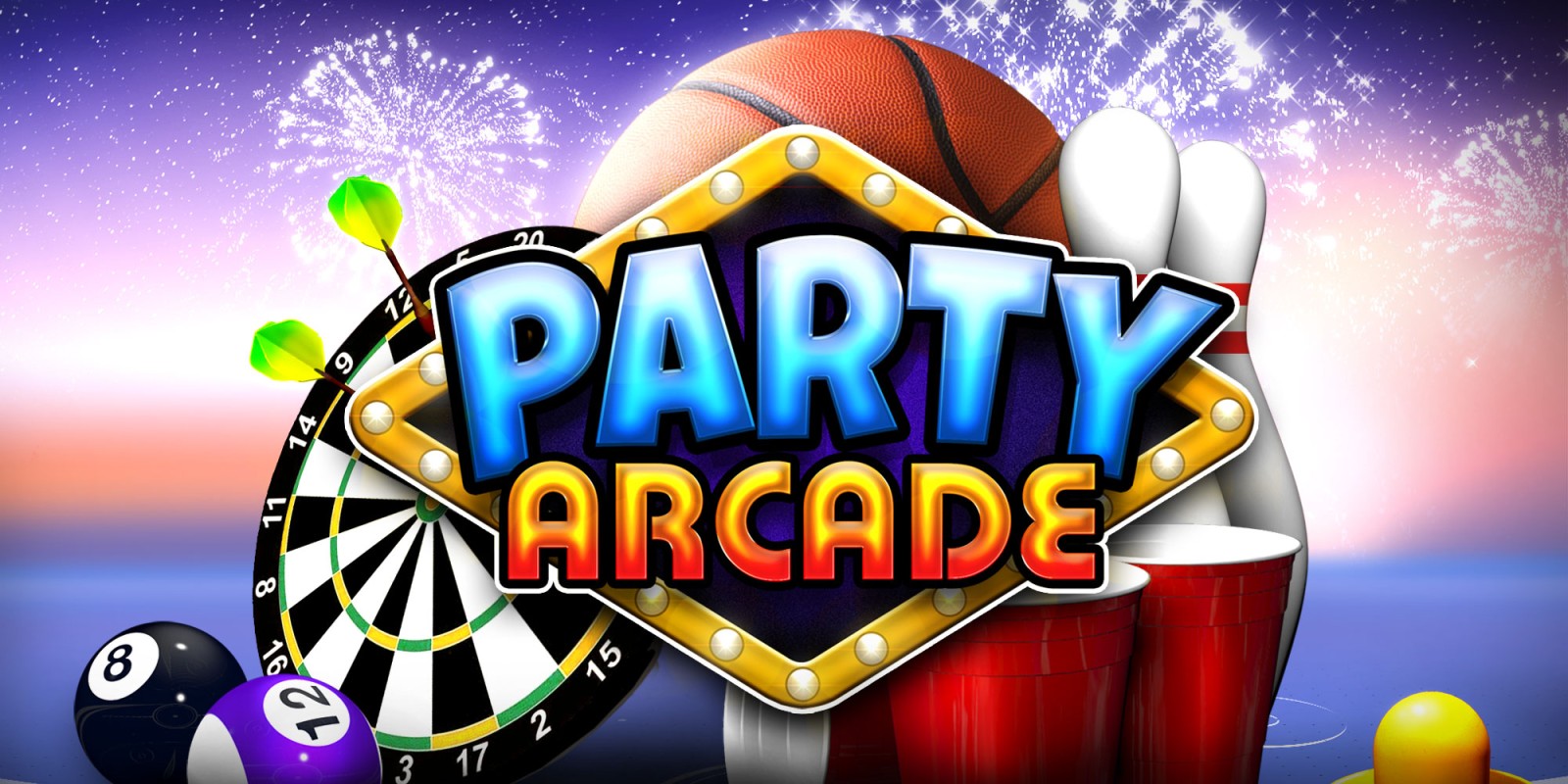 Everyone from all ages and backgrounds loves the arcade. A feel-good place, where you can escape from life’s worries and stresses. A place where you can relax, and just lose yourself in flashing lights, quirky sound effects, catchy tunes, and most importantly addictive gameplay.

Arcade’s are a place often enjoyed best with loved ones and friends, a place full of fun, where memories are made, and high scores broken. Should you strike it lucky, you might just come away with a prize, or a nice collection of tickets which can be spent in the prize shop.

Farsight Studio’s have developed the perfect game, where you can enjoy the very soul of the arcade in your own home.

Party Arcade is a collection of familiar games that you would find in an arcade. Be prepared to immerse yourself in an arcade style environment, which supports 1 – 4 players either locally or online against the worlds very best.

Just like the real arcades, Party Arcade captures the feel of a virtual modern arcade, which is perfect for players of all ages, and absolutely thrilling when joined by family and friends. The enjoyment to be had in this collection of party games is very real.

Party Arcade features 13 games (listed below) for you to claim your place among the elite at the very top of the global leaderboards, and the fun doesn’t stop there. Boasting addictive and competitive action, be it locally in your own living rooms, or head to head against the world in online play.

The game has a ticket reward system, much like those used in the real world arcade’s. The more you play the games on offer, the more tickets you obtain. Tickets earned can be spent in a virtual prize shop. The prizes in Party Arcade are in the form of 60 unique pieces of game equipment and gear, which can be unlocked to customise your experience in the games available.

The Game’s featured in Party Arcade are as follows: –

Shoot the puck into your opponents’ goal. The puck is always on the move, as you slam the ball against the sides, looking for the right angles to catch your rival off guard.

Against the clock, pocket as many balls as possible. Potting multiple balls in a role results in a multiplier of score. Look out for certain objectives, resulting in handy bonuses such as added time.

A nice little 9 ball game of pool is on offer for competitive play.

Basically boules- roll boules as close to the jack as possible. With 10 goes in hand, points are awarded based on the distance to the jack.

Toss bags into the holes in the target ahead

Once again 10 bags are in hand, as you look to throw the bags through different scoring objectives.

Probably the most trickiest game of the batch. Throw ping pong balls into individual cups. In order to succeed you must eliminate all 10 cups on offer. Each cup is worth 10 points, but miss and the cup’s score is lowered, until the shot is made.

The player has 10 darts at there disposal. Highest score wins, with bronze, silver and gold targets clearly visible.

Drop discs into scoring areas. This is one of a few gambling-like games, where you bet tokens obtained through out Party Arcade play, so spend them wisely as you look to win big, but as in all games of luck, there’s misfortune to be had too.

A race against the clock as you look to throw as many basketballs through the hope within a minute, once again with bronze, silver and gold medals to go for!!!

Compete in a game of ping pong, with the winner decided by the first to 11. Table Tennis rules apply, the ball must only bounce the table once on each side of the table. This game makes for some awesome rally’s

Very similar to bowling, same rules, only with the lane tilting from side to side. 2 Pucks per frame, as you look for those all-important strikes. Scoring modes and competitive play on offer.

Roll rollers at a scoring target, with multiple holes all with a different point value. Each player has 10 balls, with total score values for bronze, silver, and gold. Like with all the other games, competitive play on offer.

Another game to spend your hard-earned special tokens. Is the risk worth the reward? Both lights rotate in different directions and speed. Stop the lights, in the hope of obtaining the highest possible outcome.

Everyone likes the old one arm bandit, right? A game of pure luck as you stop the reels rotating in the hope of the right result, use nudge features to line up three in a row. Hopefully you’ll hit the jackpot. Lots of winning combination’s on offer, each winning you either more tokens, or indeed special tokens.

Party Arcade is an excellent title to have in your collection, especially when it comes to entertaining. The game captures the excitement of the arcade. The physics in the mini game work and behave really well, the graphics are bright, with excellent colour choices and sets, that really help bring home the feel of a virtual arcade.

The idea of a ticket system alongside, global leaderboards and bronze, silver, gold awards is a fantastic touch, offering replay-ability, not just with friends, but as a single player too.

The control system used throughout the mini game’s are so simplistic and easy to get to grips with. Anyone could pick up and play and would feel at ease with the controller in hand. This adds to the enjoyment, and idea behind the game.

Party Arcade is a hit when it comes to the sound of an arcade, the sound effects, and the soundtrack are on point, giving a real atmospheric feel. The tunes on offer could easily be found in a real arcade, not just catchy, but some recognisable too.

In party arcade you can choose to go straight in to the games, via a side scrolling choices menu, or via a nice idea of walking around your arcade, seeing virtual characters enjoying themselves, as you make your way to the game of choice, this is a lovely concept, but for me highlights that Party Arcade could have been so much more!!!!

For me i was a massive fan of Game Room on Xbox 360, and like Party Arcade it had so much potential.

What if Party Arcade had the ability to interact with real players around your arcade, like a virtual lobby. What if your tokens, made you customise your own personal arcade with key design features, or the ability to purchase new mini games, or retro classic arcade machines!!!!!!

I’m nit picking really, as Party Arcade offers a fun immersive experience that can be enjoyed by so many, a perfect title for making memories with the ones you adore, and just as much fun on your own or online!