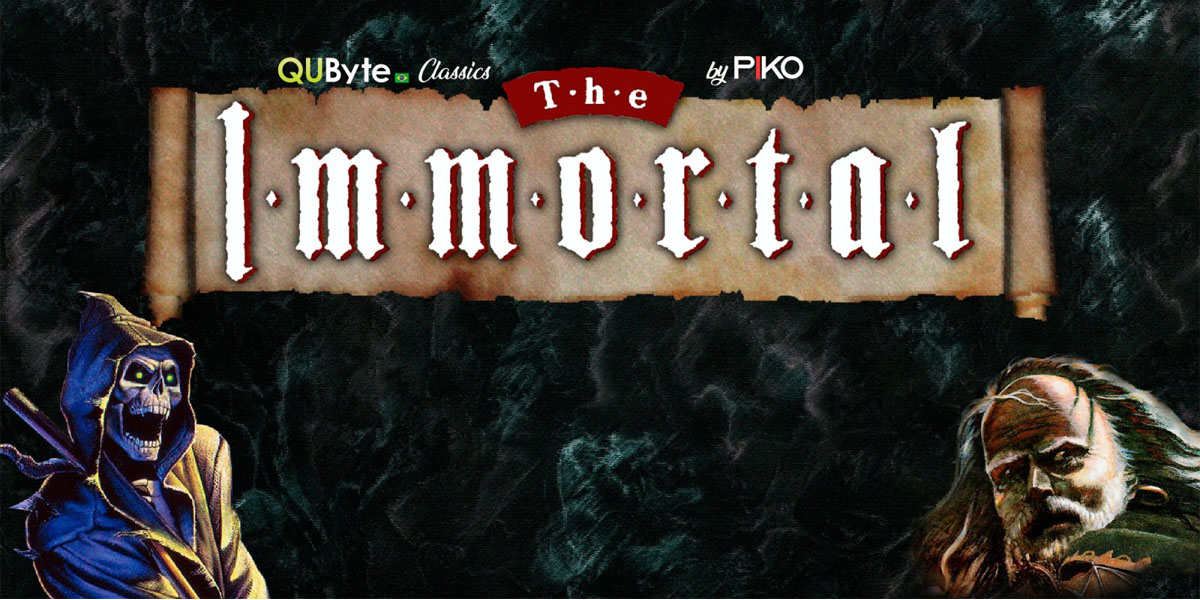 If the title The Immortal sounds familiar, it should. The game was originally released for the Apple IIGS way back in November 1990. It was subsequently ported to the Amiga, Atari ST, DOS, NES (in 1990), and Sega Genesis (in 1991). As you’d expect, the game got a minor visual facelift for its 16-bit debut. It was also well-received for the time scoring over 90% across multiple outlets. Does this score still hold true today given all the gaming improvements over the last 30 years? Let’s find out. 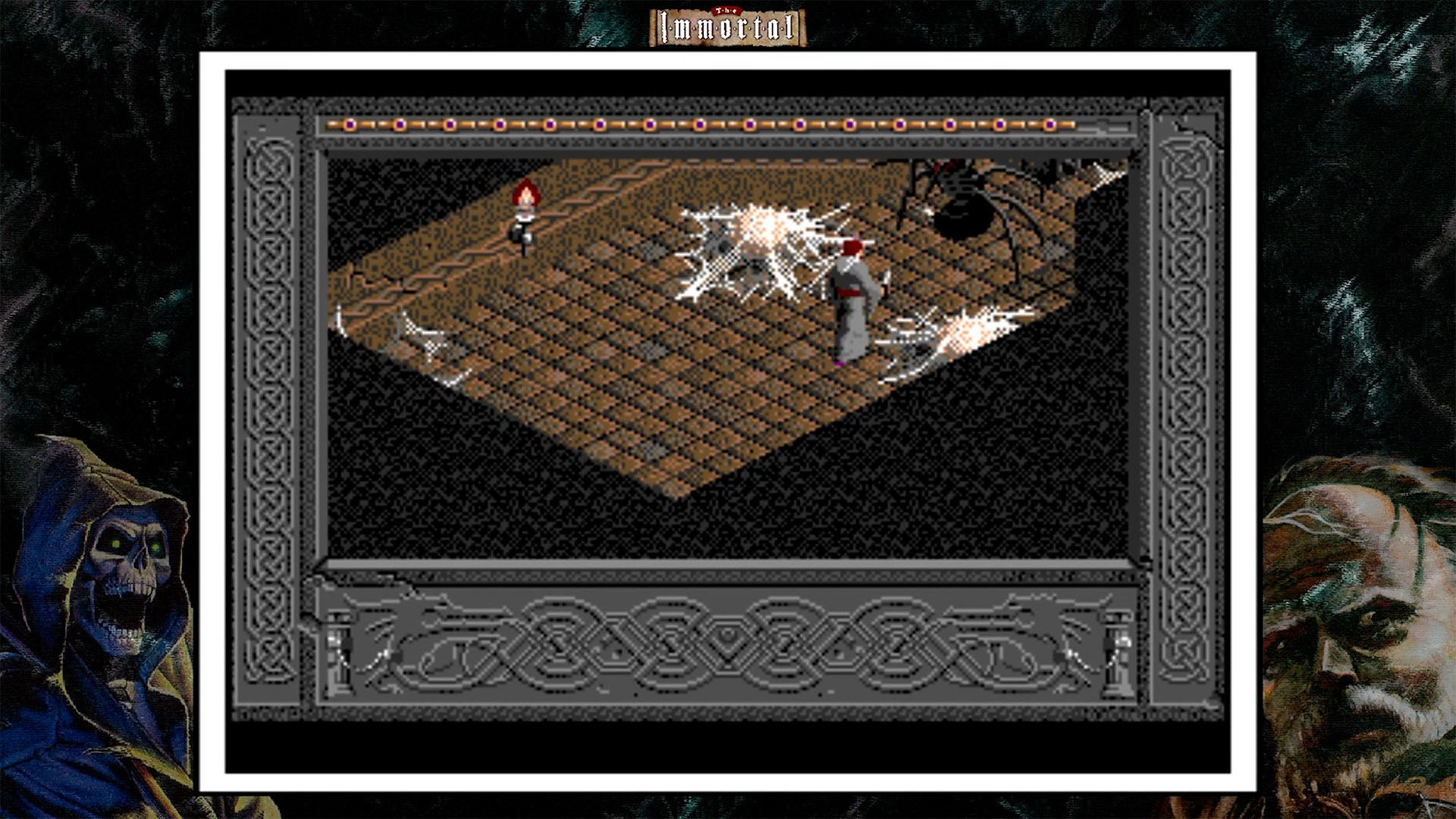 The Immortal tells the story of an unnamed sorcerer, an apprentice of Mordamir. Our nameless protagonist will face various deadly creatures and traps in a labyrinth-like dungeon where each level unveils new details about his journey and finding new allies, items, and dangers. Throughout his adventures, our sorcerer will find magic spells (in the form of books and scrolls) that will help him across his perilous quest. But beware, make one wrong step, and death awaits.

The Immortal is an isometric action game where players navigate treacherous levels set inside a claustrophobic dungeon. You’ll have to keep an eye out for deadly traps and obstacles to avoid certain death. Traps can be spotted if you pay attention to this laid out in the level. But the thing is everything kills you; arrows, fire, floor traps. The latter can be escaped by pressing the action button at a constant pace, but it all feels random whether or not you’ll escape or die. 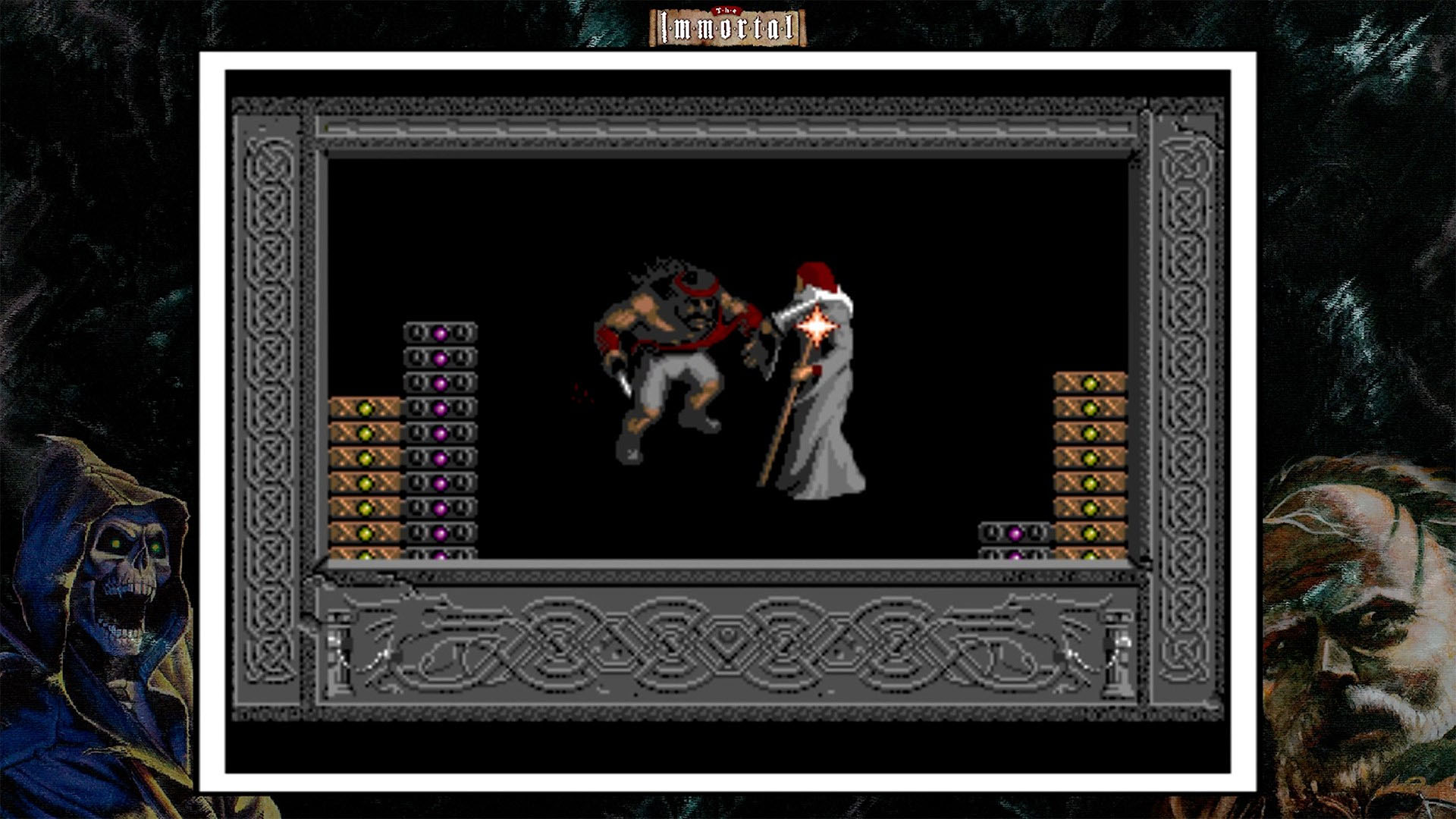 There are not only traps looking for your demise in the levels. You’ll come across a reasonable variety of enemies that you’ll be able to engage in combat. When entering a battle, the map’s isometric view switches to a different isometric view of both characters, the nameless protagonist and the enemy, as they are face to face in a battle to the death. The combat isn’t so deep. Moving the joystick or d-pad allows you to time and dodge the enemy attacks. Using it with the attack button will allow the player to use different attacks. Either way, combat ends up being a random button-mashing festival.

This version includes both the NES and SEGA Genesis/Mega Drive versions. Surprisingly enough, the NES version holds up better than the Mega Drive one. It feels more responsive and easier (I use that term loosely) to play. The NES version has a health bar when roaming around the levels as some enemies like bats will constantly attack you. You can shoot fireballs to kill them, but the isometric view makes it harder than it should. 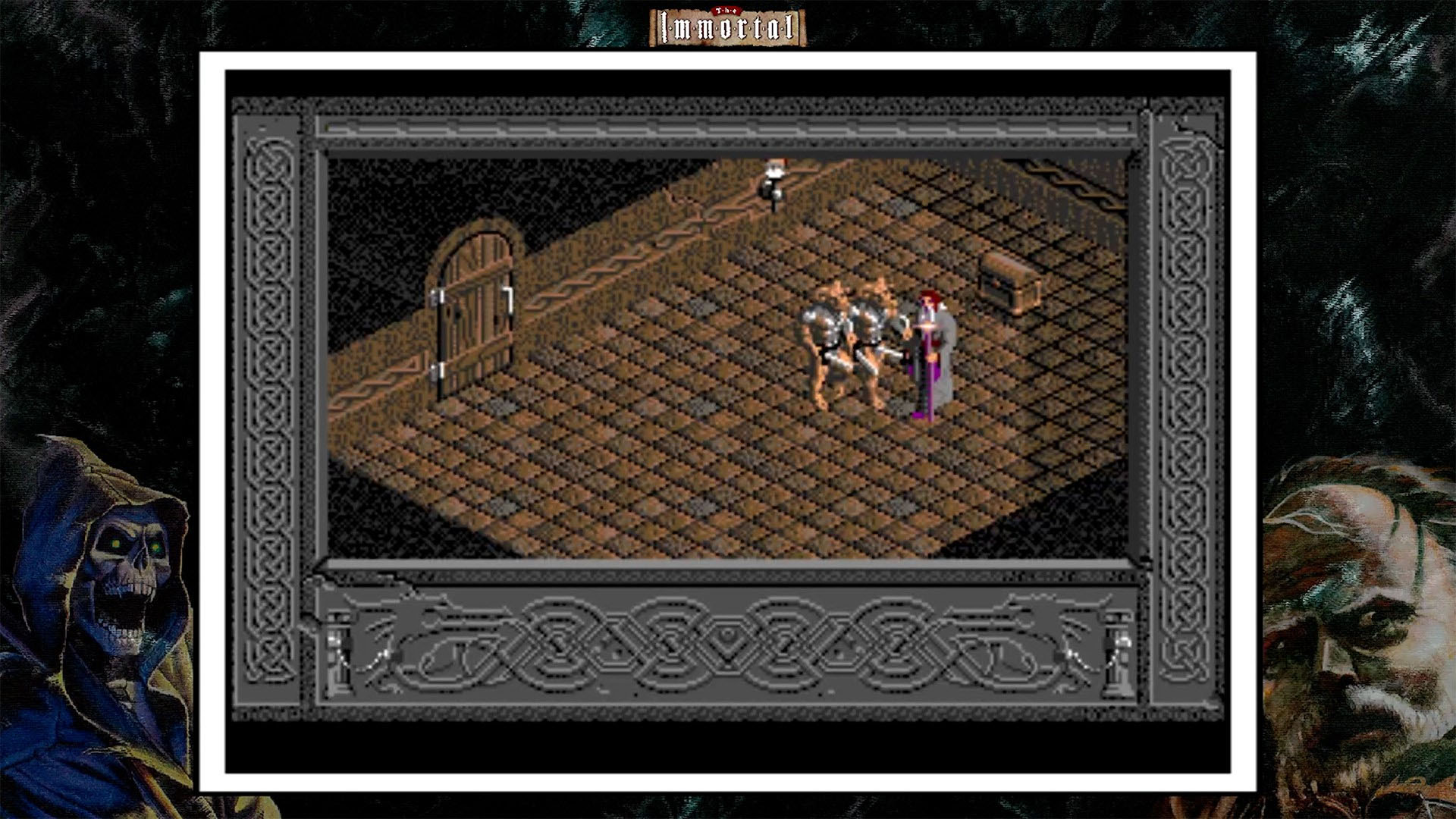 While as a whole, it holds up surprisingly well, it still somehow feels clunky and outdated. Unlike other isometric games such as the Diablo series, you can’t move in all directions, something that was caused by restrictions of the older platforms when this game was originally released. You can move in 4 directions and it can also make avoiding traps and flying deadly objects clunkier than it should. It takes a while to grasp, but this definitely doesn’t work in the game’s favor.

Both versions of the game look great by today’s standards; although nothing wow-ing, the Genesis/Mega Drive version has the leg up here given that it’s a 16-bit version of the game where everything is bigger as it feels a bit more of a close up for the NES version. Otherwise, it’s what you’d expect from a pixelated game; not much in terms of details, even in battles, characters aren’t that detailed. The soundtrack on the other hand has not aged well at all. It’s a high pitch, ear-grating sound throughout a darker chiptune score. Be prepared to lower the tv volume with this one. 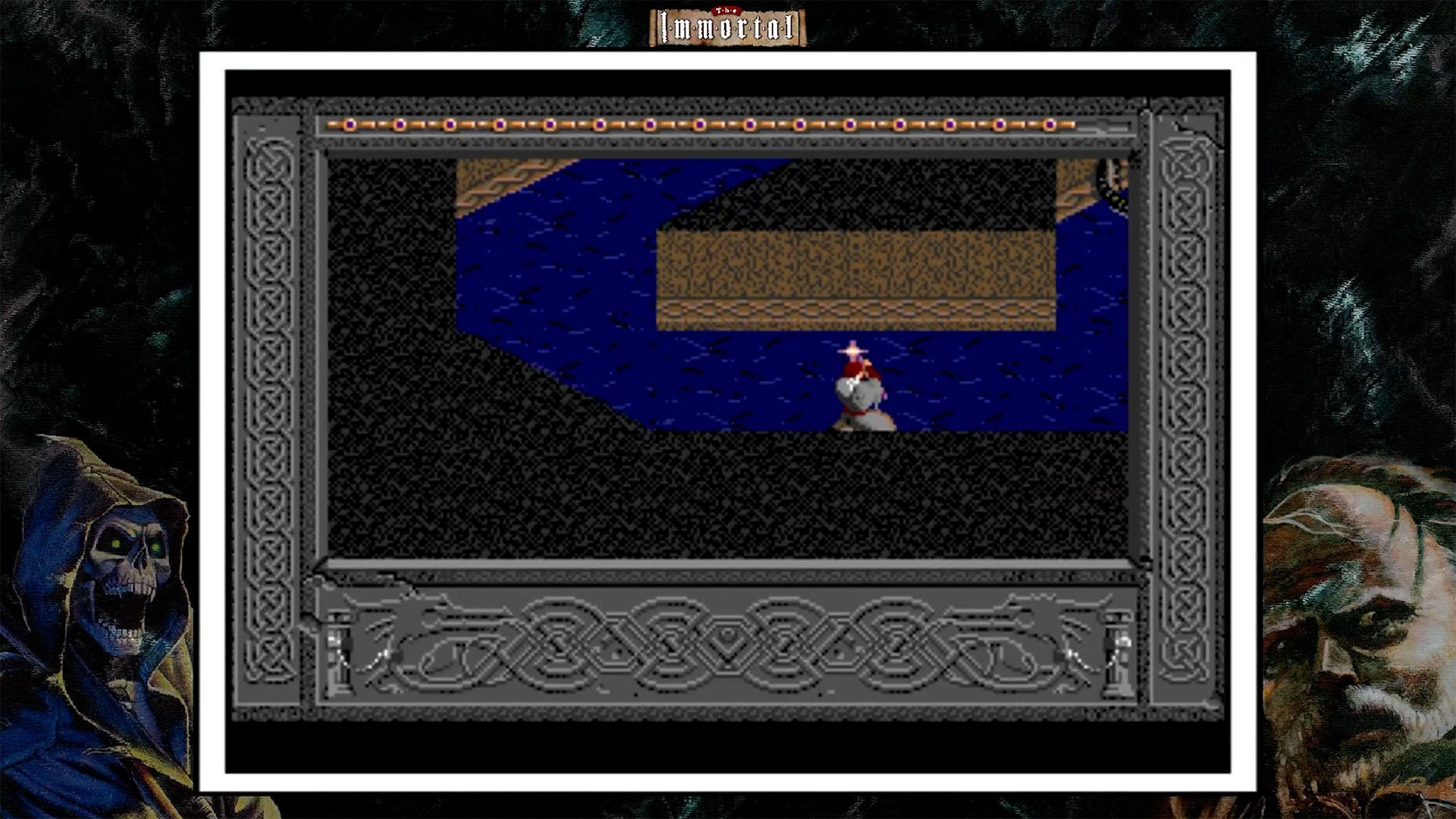 Games like The Immortal are hard to recommend to gamers of all generations. The mechanics do feel outdated, the isometric view doesn’t work as well as you’d expect. Although it holds up surprisingly well, it’s one of those perfect examples of classic “Souls” like game from the golden era of gaming: you have limited lives and when you die, you start all over again. And yes. You will die. A lot. Mostly because due to traps and also button-mashing doesn’t always work in your favor during battles. Unless you’ve played this when it was released over 30 years ago or looking for a short challenge, The Immortal is for you. Otherwise, move along.