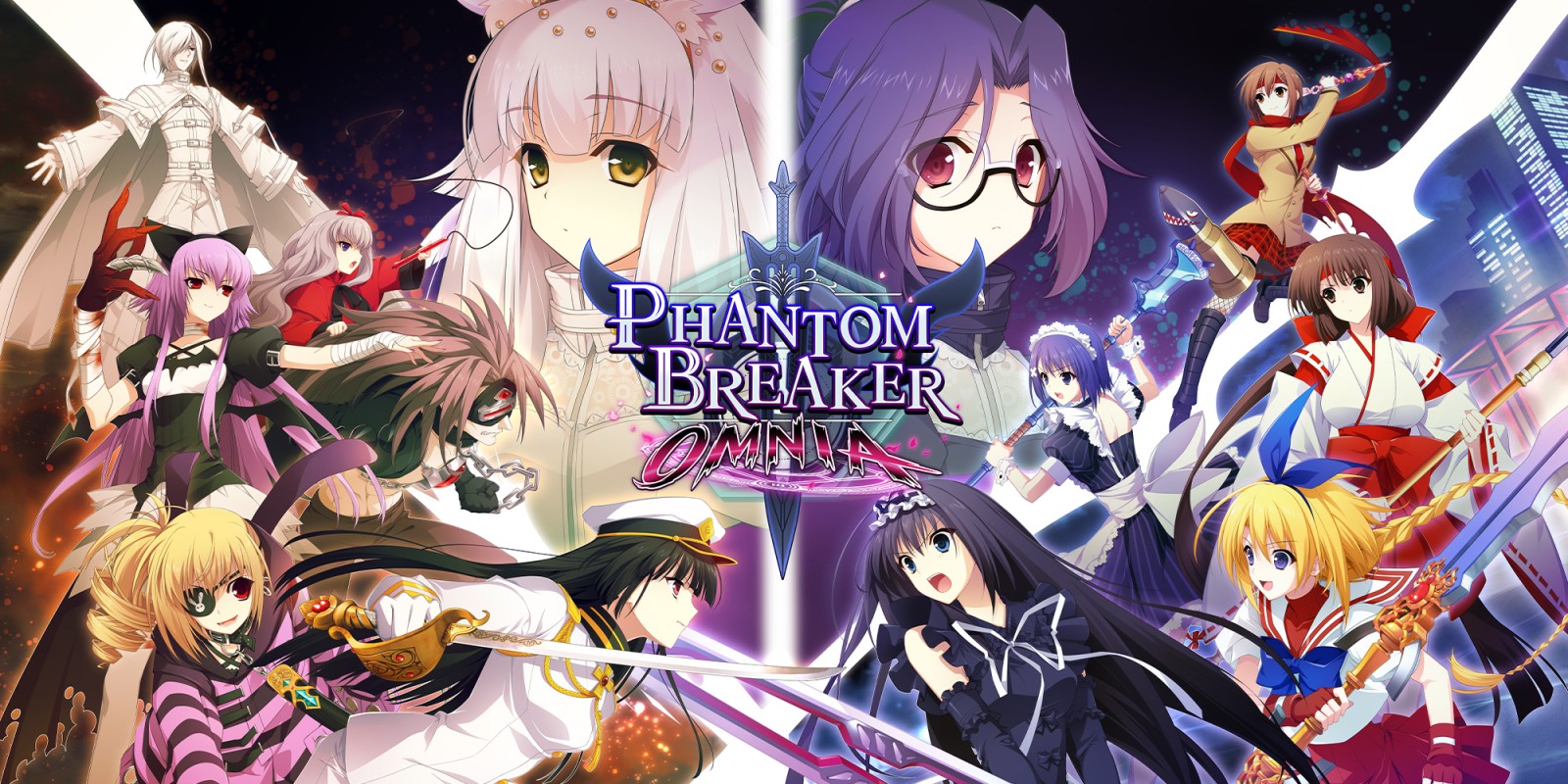 Phantom Breaker: Omnia tells the story of a mysterious man known only as Phantom who appeared in Tokyo six months ago. His true goal is to pit “Chosen Ones”—Duelists equipped with F.A.s against each other so that the battles would return his lost powers. He hopes to achieve this by separating the parallel universes using the energy generated by the intense clashes between F.A.s. Waka and Mikoto were able to temporarily hinder Phantom, but as long as he looms around, the battle is not over. 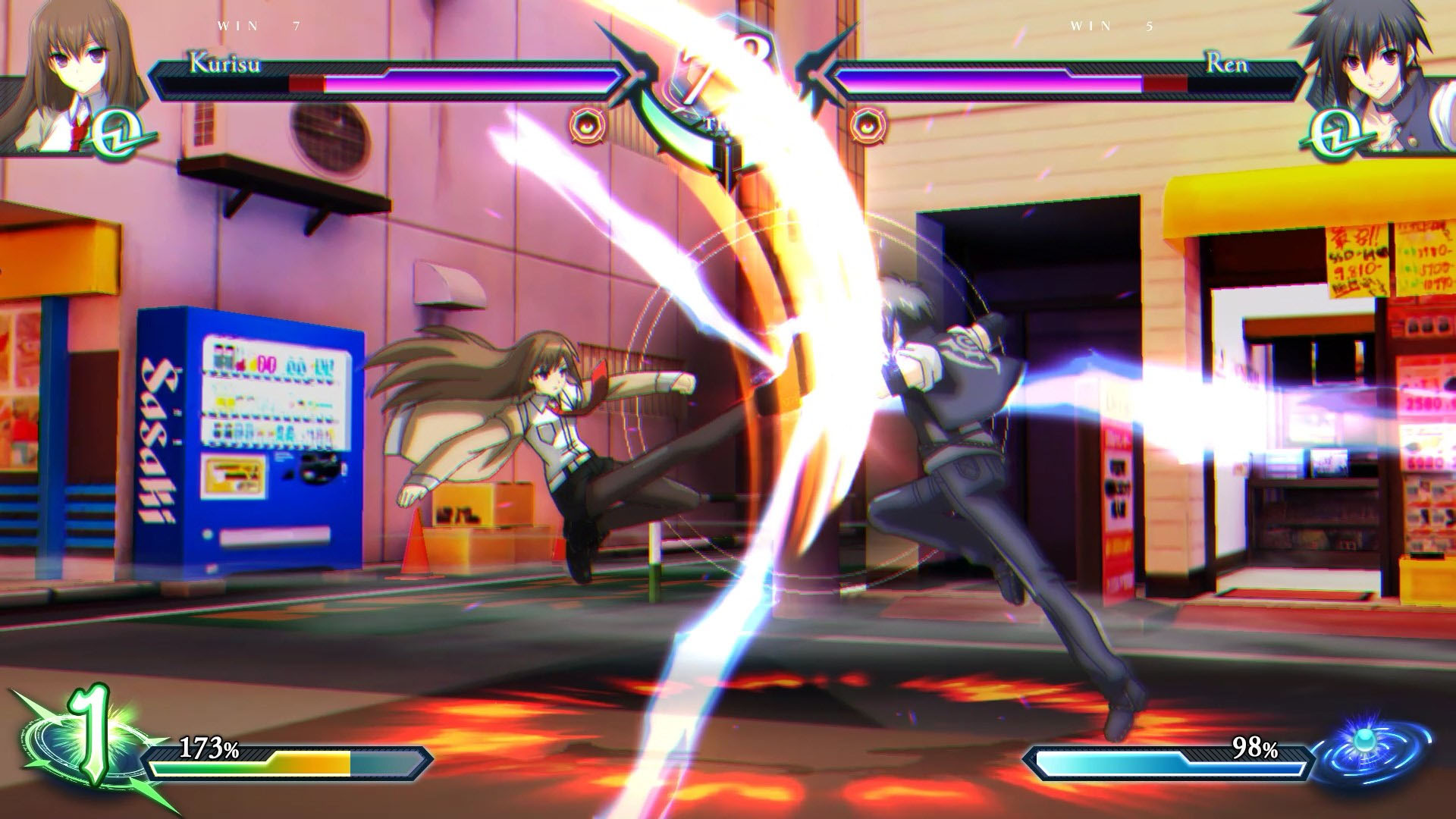 Phantom Breaker: Omnia is a 2D one-on-one fighter where players can choose from 20 different characters and go to battle. Each character has their own unique attacks and skillset. The game uses a similar control scheme as the Street Fighter series where, to pull off special moves, you need to do down, down-forward, forward + attack buttons to perform unique attacks. While it does sound daunting for newcomers, it’s very easy to pick up and play.

Each character also has a special meter that fills up throughout the round. Once filled up, this will allow players to unleash a powerful attack and when used properly, can be a great way to begin or end a pretty awesome and damaging combo. After you’ve selected your character, you need to select 1 of 3 fighting styles: Quick style specialized in combos, Omnia style devoid of complex mechanics, but enhances the character’s overall specs and Hard style which focuses on hard-hitting single hit attacks. 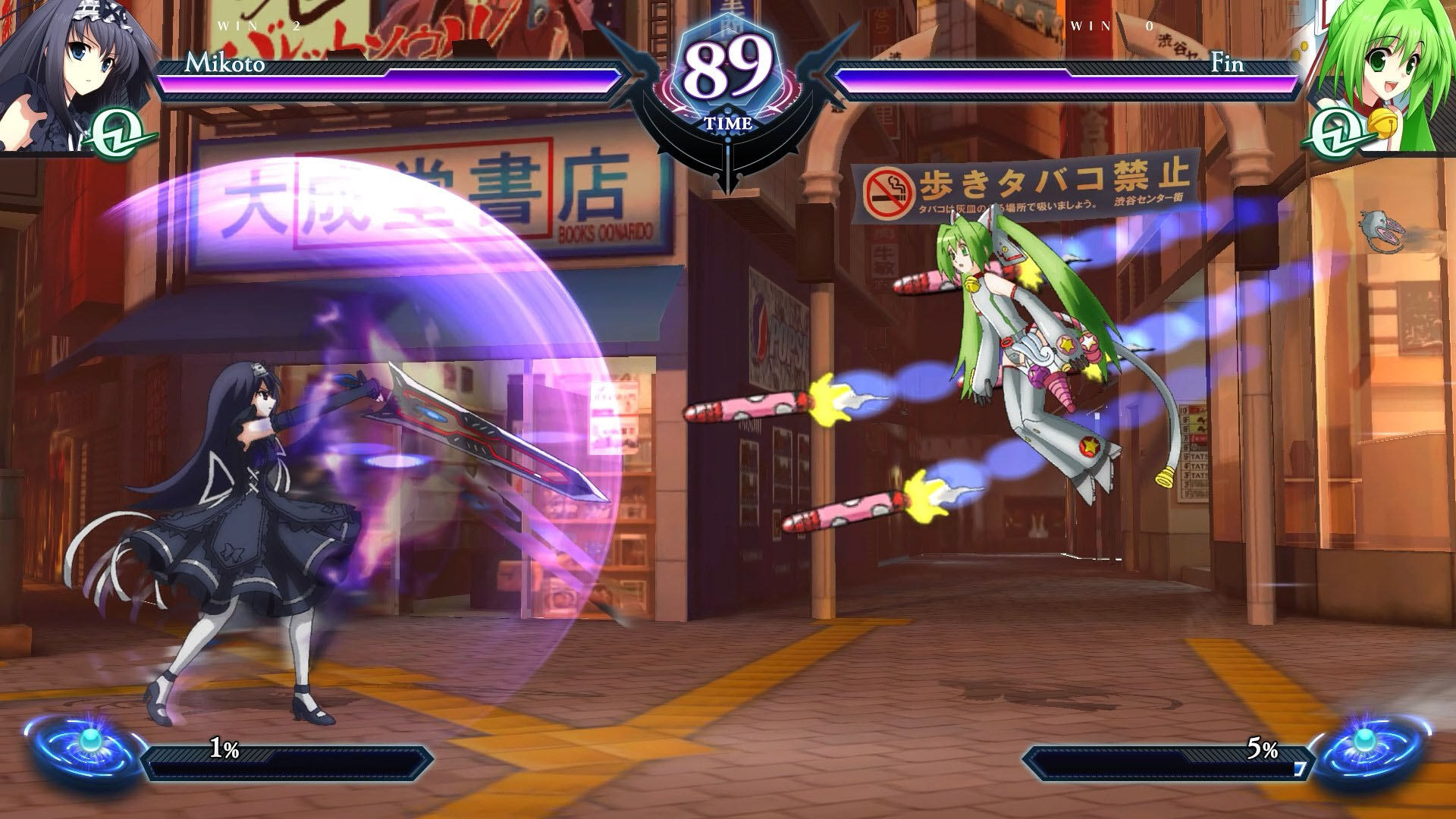 The game is also filled with content to encourage replay, although if you’ve played fighting games in the past, nothing new here. You can tackle the game’s story mode, single-player, online multiplayer, local multiplayer (VS.), or training mode. The single-player section contains a handful of additional modes: Score Attack, Time Attack, Endless Battle, and Arcade mode; all of which are pretty self-explanatory. Add that on top of the 20 characters, you’ll be busy for quite some time.

As with any fighting game, Phantom Breaker: Omnia also leaves the door open to button mashers. while the game is made to be enjoyed in good fun, if you’re playing a friend (or online player) who’s not familiar and just button mashing their way through battles, this can lead to frustrating losses because if they can a combo that works, they could always spam it until victory; whereas you might be taking this a bit more seriously because you’re trying to improve your overall skills of the game. Also, the lack of command access when pausing the game is a bit of a baffling, questionable development decision. 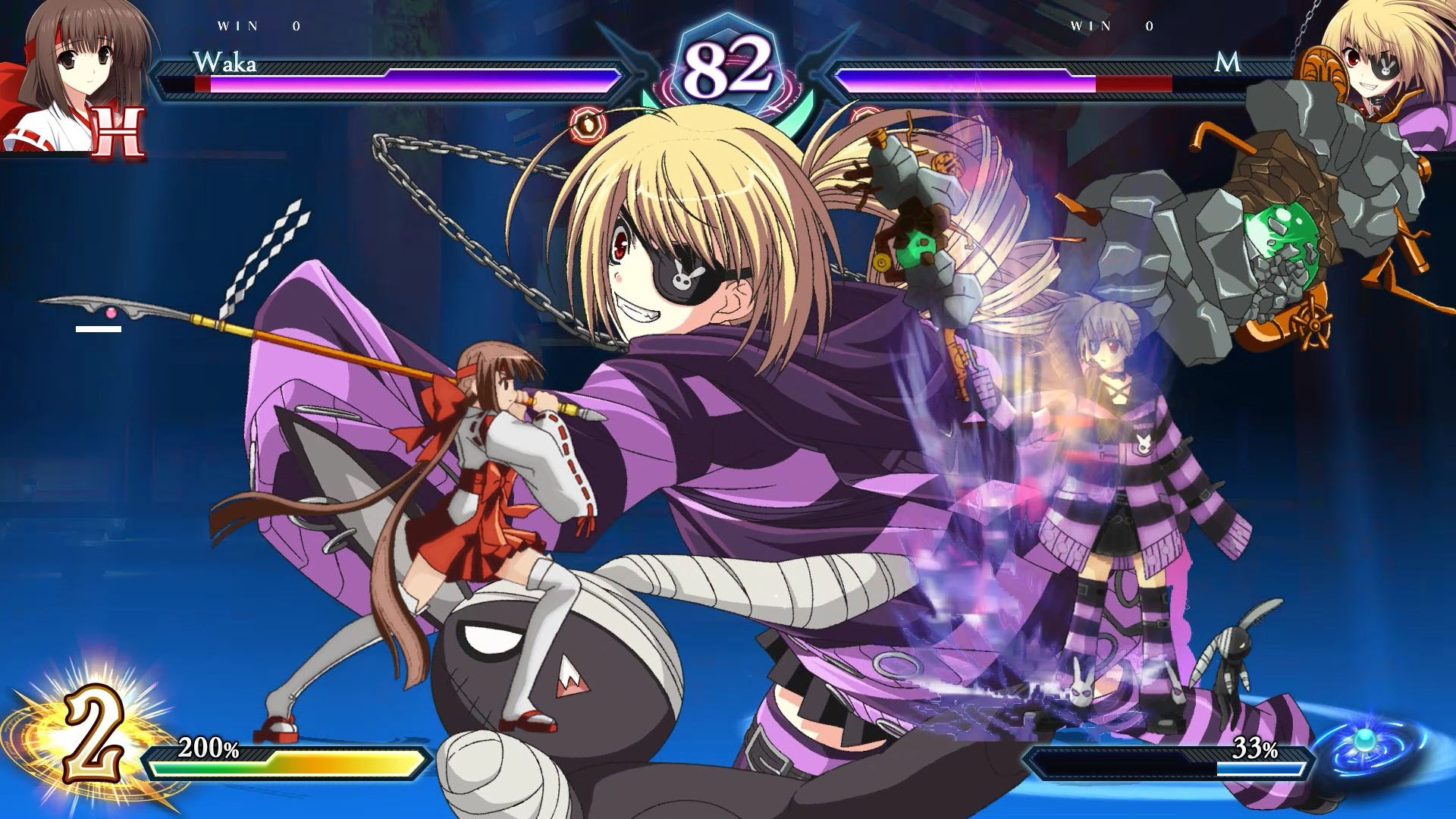 Phantom Breaker: Omnia looks great; it has a drop-dead gorgeous visual styling, fully bright and colorful. Each character looks unique and they all have various skins that can be selected. Each level are also insanely detailed and interestingly enough, each round of a fight takes place in a different place. The soundtrack is also as solid as the game’s voiceover work; definitely one of the best soundtracks I’ve heard in the last year or so.

Whether you’re a newcomer to the genre or a long-time fighting game player, you owe it to yourself to play Phantom Breaker: Omnia. It’s easy to pick up and play, but hard to master. The stacked roster alone will have players trying various characters for a while in order to find the right one along with the right style. Speaking of style, it also creates a certain balance within the game so that newcomers don’t see it as too daunting. Don’t sleep on this.