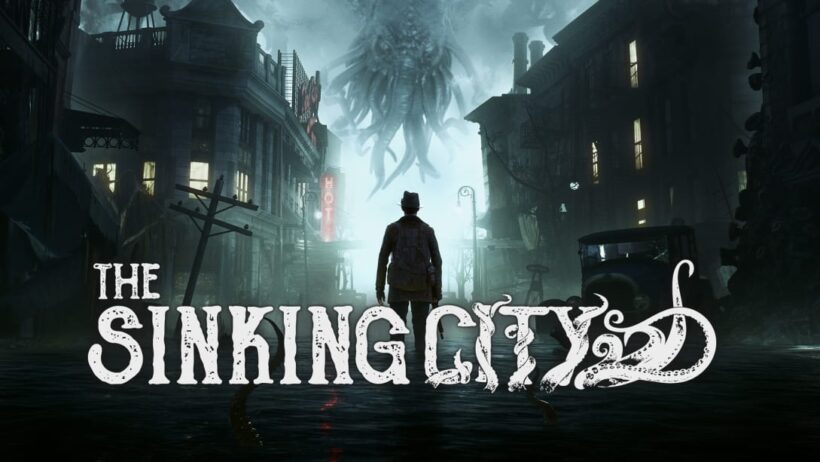 The Sinking City tells the story of Charles Reed, a private investigator, called upon to investigate the half-submerged city of Oakmont which also happens to be gripped by supernatural forces. It’s up to you to go to the bottom of the unknown in order to uncover the truth of what has possessed the city… and the minds of its inhabitants. The game is inspired by the universe of H.P. Lovecraft.

The Sinking City is a third-person action/exploring game filled with puzzles and a bit of combat to spruce things up a bit. Given that players are in the shoes of a private investigator, a lot of the gameplay will be investigation-focused where you’ll try to find clues on crime scenes, interrogate some of the city’s residents and also survive your own (in)sanity. 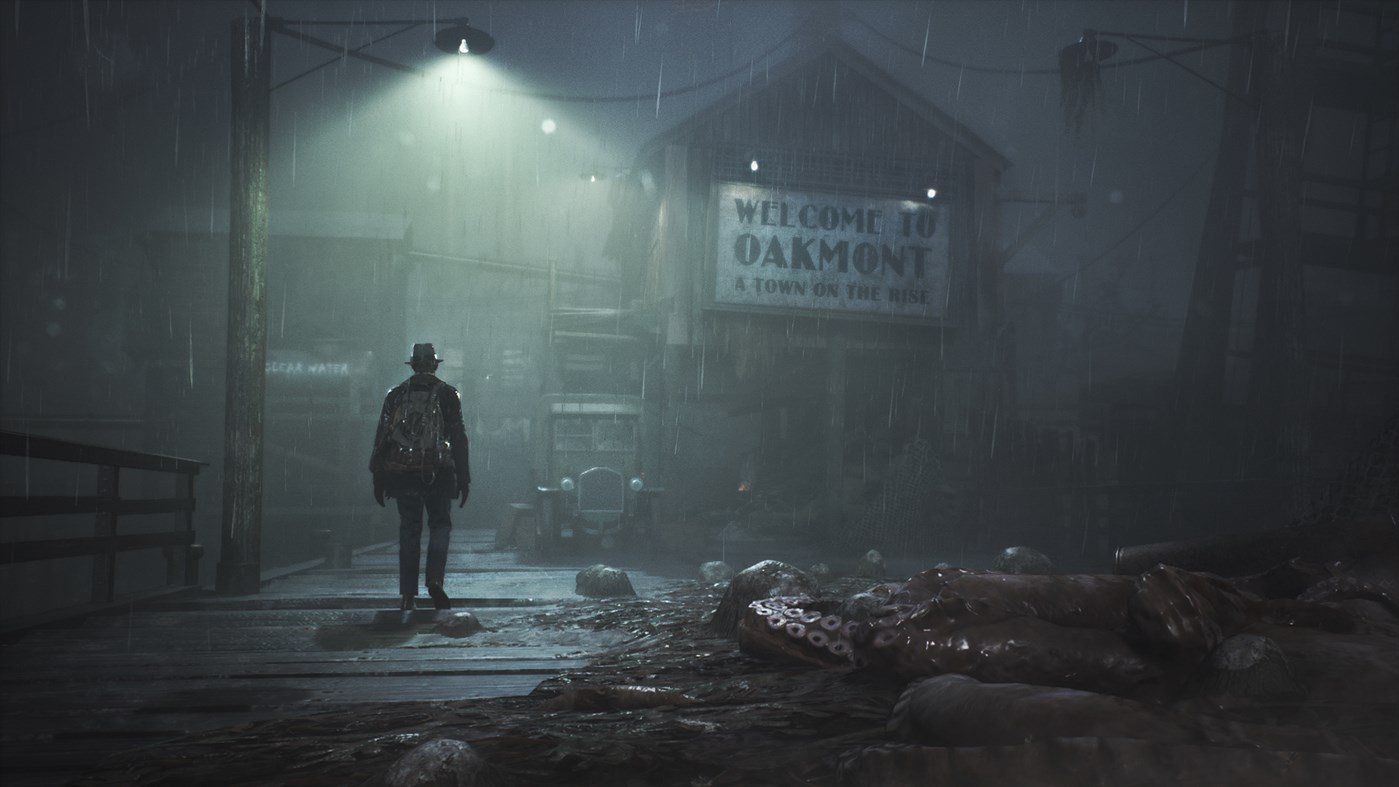 First off, let’s tackle the combat. You can either melee weapons or a firearm that you pick up early on to defend yourself. The nuisance here is that early enemies are smaller creatures that move very quickly leaving you dizzy trying to hit them or waste precious ammo try to shoot them because by the time you’re aiming them, they’ll have moved around a few times making them hard to hit. Also, there’s an insanity meter akin to Eternal Darkness. The longer the combat goes, the more the meter fills up making it harder to see and hit enemies. It’s a fun mechanic which could’ve been better with better combat.

The investigating mechanics is where the game really shines. There are a few ways to solve cases. When starting an investigation you will have to collect pieces of evidence and converse with specific NPCs to learn of what happened. Once you’ve collected enough information, you’ll be prompted to go into the menu into the Mind Palace and piece together the information received which will give you the complete clue of what happened. 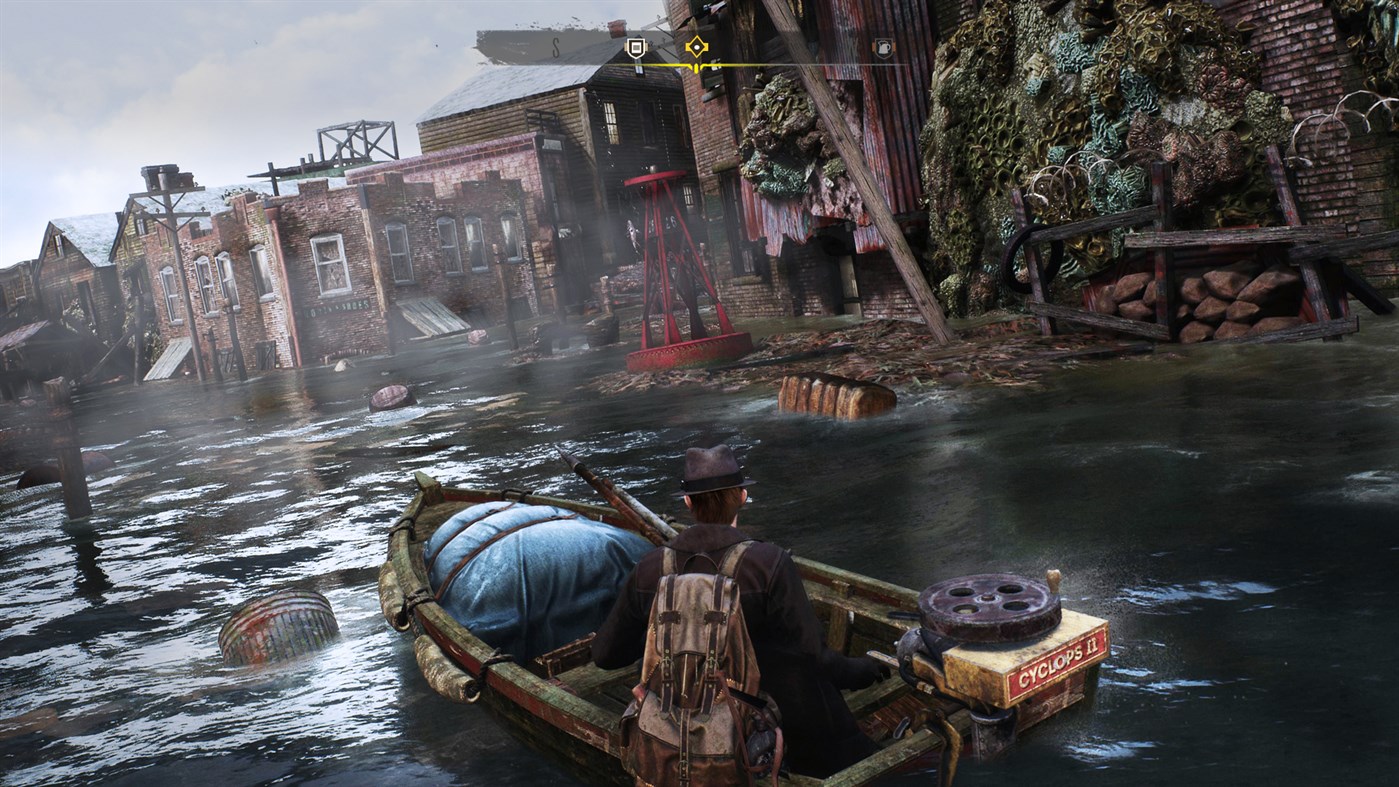 In certain investigations, you’ll need to trigger your Magic Eye which will bring you to an alternate reality in the past and allow you to see brief actions that occurred leading up to the crime. Yeah, this kind of thing has been seen before, but it’s still a nice investigation mechanic to mix things up a bit. Another fun mechanic, once you’ve amassed enough clues, you can go to the police station max up your clues to figure the crime out. It’s kind of difficult to explain, but you have to match all the correct clues to solve the case.

The biggest problem with The Sinking City is that it often leaves you to figure out what to do next without any concrete information. For example, shortly after you’re arrival, you have a few points of interests on your map which will be areas to explore for hints and further the story and solve mysteries, but other times, you’ll be asked to go to a specific building… which isn’t immediately displayed on your map, meaning you’ll need to wander around and find the areas. Thankfully, buildings that can be entered will have an “H” like shape written in chalk. 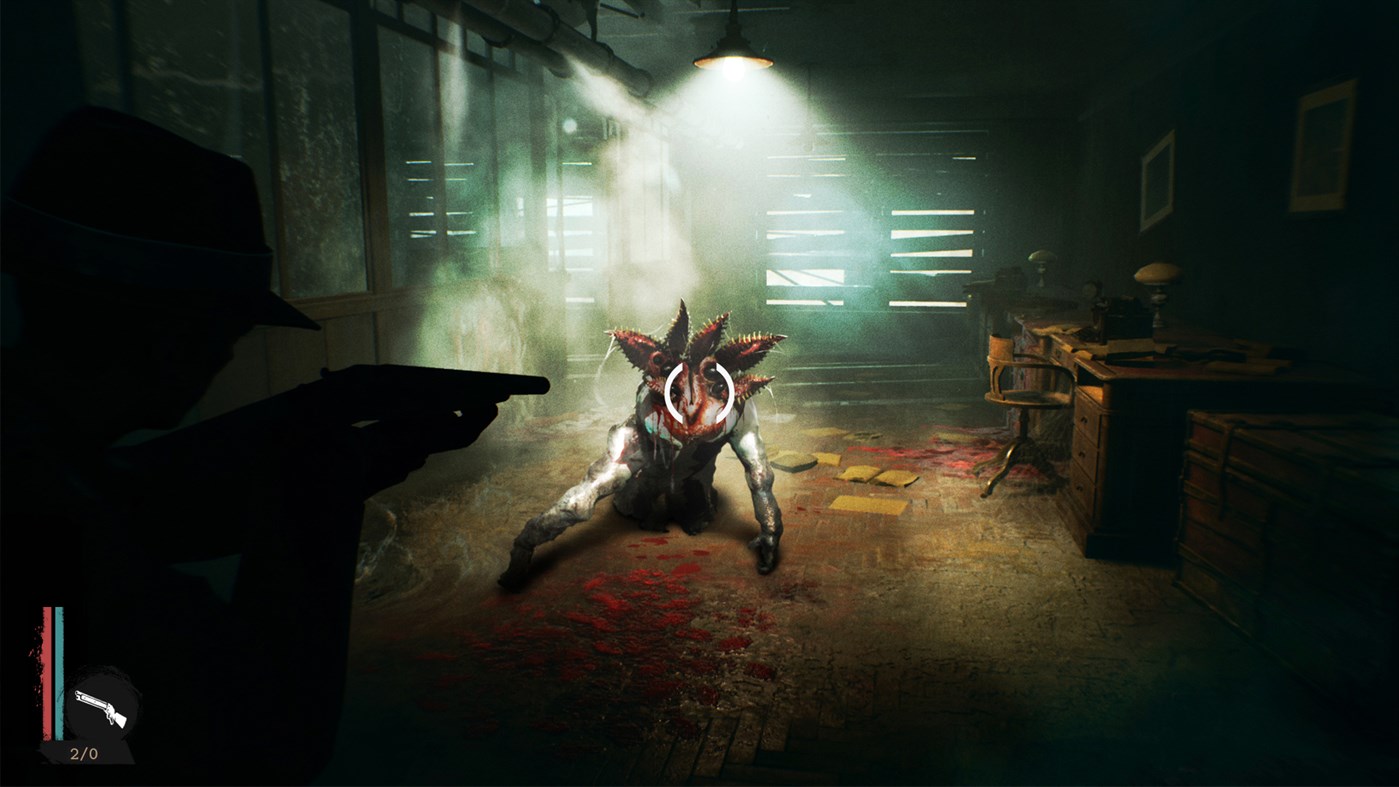 Wandering around the town wouldn’t be much of an issue if you could use any of cars laying around, but given the flood situation, you can either walk/run or ride around in boats. AS you progress through the game, you’ll find phone booths that can be used as fast travel points. It’s fine when you have to re-visit areas, but at first, wandering around is tedious.

While this version of The Sinking City is being labeled optimized for Xbox Series S|X, it’s really nothing noteworthy. It lacks the wow factor and given the dark premise of the town, everything is drab, dark-ish so it’s sometime difficult to notice little details. Additionally, character models look ok, emotionless. They actually look bored by being in the game… which is baffling. Without spoiling anything, the first NPC responsible for your first case learns something really dark once you solve it, but given the grim circumstances, he barely looks sadden or shocked. This brings me to the voiceovers. They are ok, but as with the character models, they sound bored; as if they were just reading from reading cards. The soundtrack is mostly ambient score to set the creepy tone; nothing special or noteworthy. 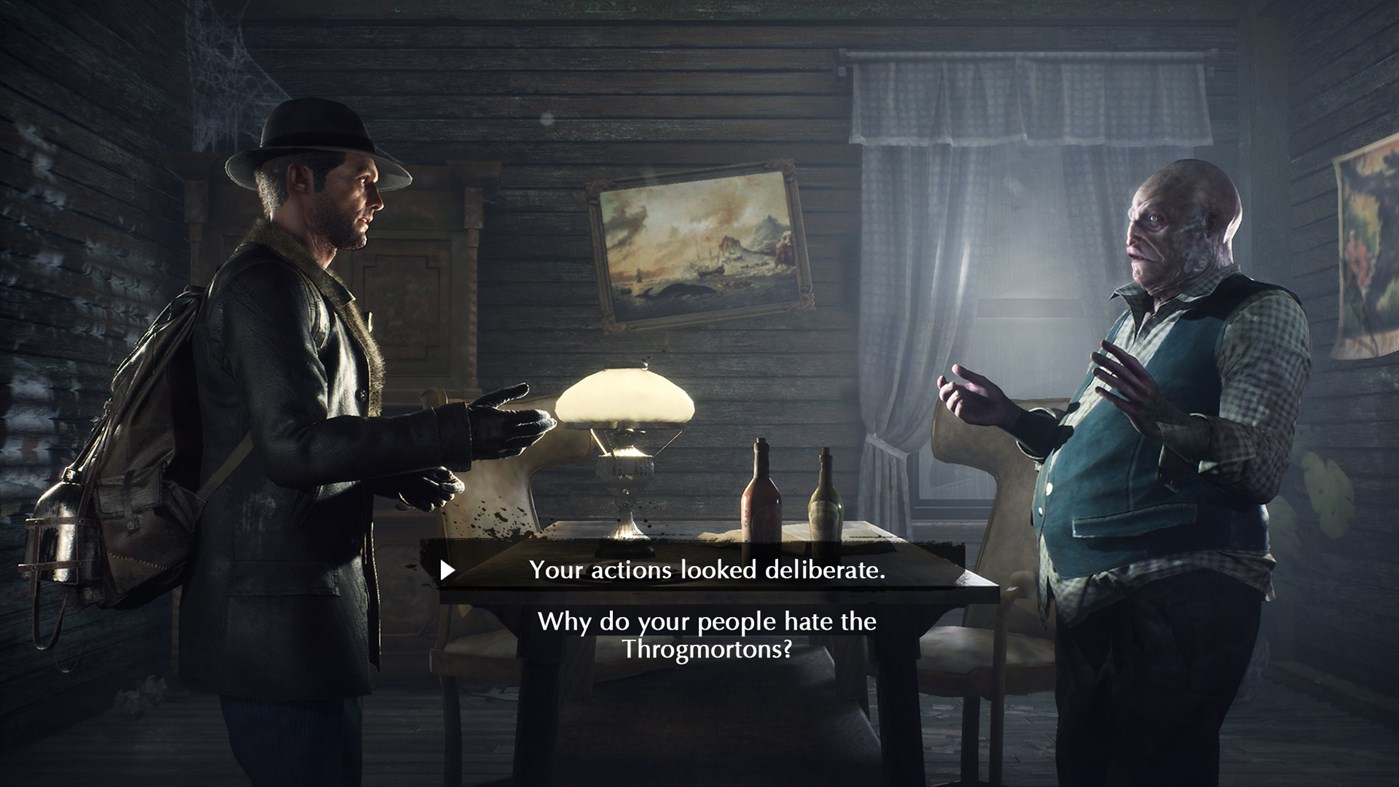 The Sinking City is definitely an interesting game; I loved the mix of combat and unique investigation process that players have to do in order to solve the case, but unfortunately, the whole package feels unpolished and would’ve benefited from a few more months in the oven so to speak. While the investigation are really fun and will make you think, the combat is clunky and sluggish to the point where you’ll want to avoid it as much as you can. Also being forced to wander around to find specific areas can prove tedious. All in all, I enjoyed my time with The Sinking City and I hope this is a precursor to a more polished sequel. If you plan on getting it, definitely find a guide for it online; it’ll save you some time.