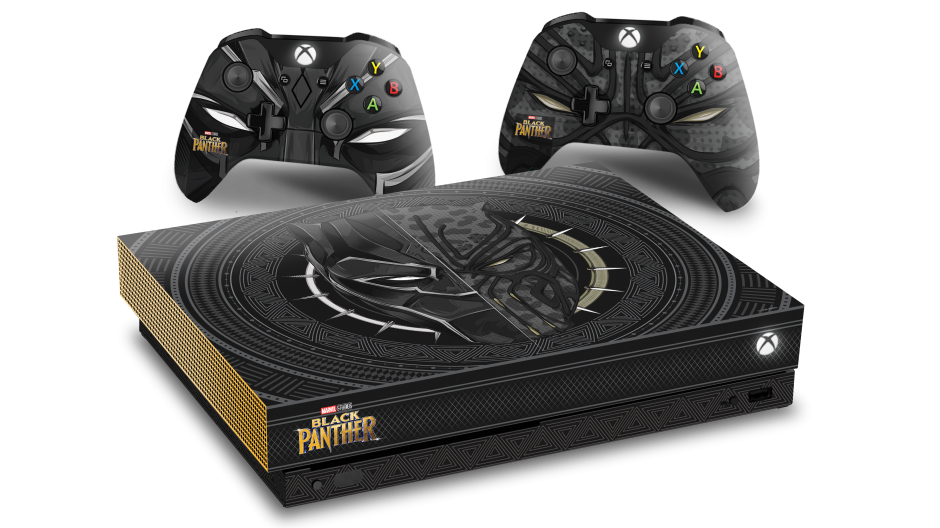 The Tomb Raider console was only available through a charity auction on eBay thanks to Square Enix and Xbox, who raised money from the sale for the charity Best Friends. The console managed to go for €8300 from 36 bids, an enormous amount for a good cause.

What’s so likeable about the console is its textured sun dial across the middle with an incredibly detailed patrern finished with a mossy greem spray. It almost looks lifted straight out of a tomb by Lara Croft herself.

The Cuphead console was from an official Xbox giveaway complete with the game’s soundtrack on a vinyl record. Retro right! Given the uniqueness of Cuphead’s gameplay, this Xbox delivers just as much.

Recently leaked as a limited time only bundle, the Fortnite bundle console comes in a stunning deep purple to match the newly included character skin called Dark Vertex. You also get 2,000 V-Bucks to spend in-store.

At the end of this week Godzilla King of The Monsters launches across cinemas. In what is personally my favourite Xbox One console custom console to win via Xbox – there are 4 designs in total, each highlighting the distinct features of some the most popular monsters: the bioluminescent beauty of Mothra, the volcanic rage of Rodan, the triple-headed King Ghidorah, and the King of Monsters himself, Godzilla.

German shoes company, 43einhalb teamed up with Microsoft and Nike to create this special limited edition Xbox One. The new console design was inspired by Nike’s Air Max 1 Atmos footwear, packed in a special case with two matching Xbox One controllers and a pair of the limited shoes. Only 10 units were available to buy at the event.

The colour scheme on this Advanced Warfare limited edition console is so simple yet elegant, with a Sentinel Task Force iconography inspired directly from the game plastered across the console and controller. This was a console design for Call of Duty fans to own.

Fans of Sekiro will know most of the game’s combat is dealt with a deadly sharp katana, well this limited giveaway console has one mounted to the top of it. Note – no blade included thankfully. Its wood-like finish has an oriental feel tp it and blends perfectly into the game’s setting.

Back when Forza Horizon 3 launched, Xbox and Lamborghini teamed up to giveaway this truly special tribute to the $2 million Lamborghini Centario, which ironically was the star on Forza Horizon 3’s box art. In a striking black and yellow colour scheme, you can’t really go wrong.

The Titanfall console was an interesting one, as originally it was planned as a limited edition bundle to buy, but this was cancelled for marketing reasons and later the console was given to Titanfall developers, Respawn Entertainment. It also came with a matching controller, which consumers could buy. An odd choice considering how positive feedback was on the controller design.

The Halo 5: Guardians bundle came with a Spartan Locke and UNSC inspired Xbox console and wireless controller. Not only that, but it had custom sound effects for powering on and off, as well as ejecting the disc. Custom sound effects was new technology at the time to the consoles and very little has been explored in this region since. I’d love a Godzilla roar on the limited edition console above if I won the giveaway.

So there we have it, we’ve been treated to some beautiful designs in Xbox One consoles. Sadly, all were not available to buy, which is something I feel has lacked more than anything on Xbox One consoles thid generation. I remember the Xbox 360 having a lot more choice featuring game-themed bundles such as Halo. Which is your all-time favourite Xbox One console, let us know in the comments down below.