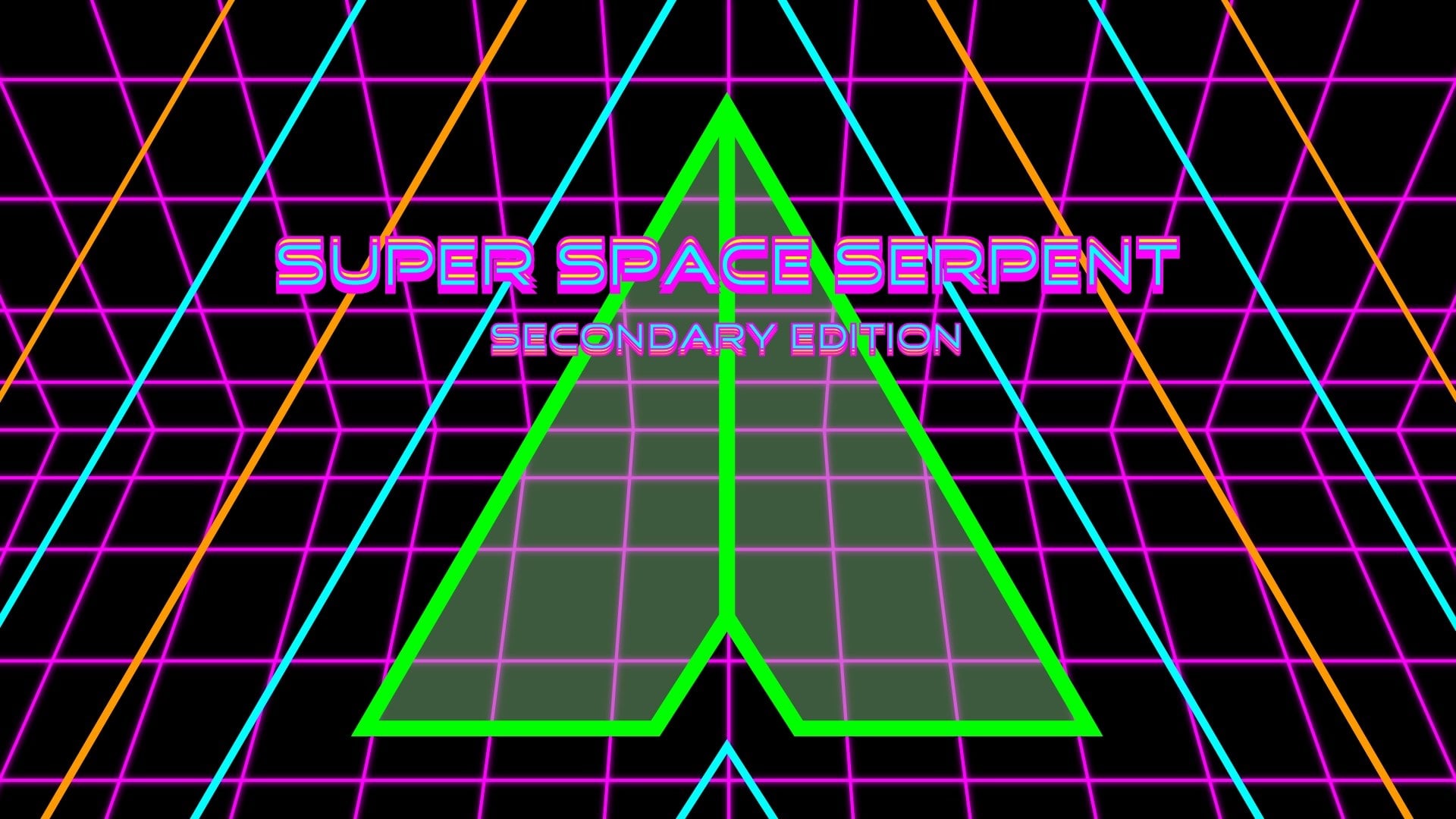 Hands up who loves the 80’s? Hands up if you were a fan of the Arcade’s? Well if your hand is still up then you would have played countless of twin stick shooters. Twin Stick shooters were all the rage, featuring some classic retro sounds and effects, usually accompanied with colourful neon, and futuristic beats in the form of synth wave, and a sound that we can all relate to in the form of trance music.

Super Space Serpent SE, is a game that looks to capture the feel and soul of an arcade style shooter, and put you very much in the zone, as you blast the oncoming enemies, and leave them for dust. Get to close to my ship mate, and your gone.

The very talented developer’s Productions Associeés have recaptured the very feeling to be in the zone, with some excellent classic gameplay that throws you right back to a golden era.

It’s clear to see by the attention to detail, that the producers of this wonderful reminiscing title, were very much touched by that retro arcade scene, so much so that they wanted to share with the world the special memories that an arcade twin stick shooter can bring. Such a simple design compared to the triple AAA titles that are produced today, but with so much passion and dare I say it…. gameplay!!!

These games are very hard to put down and complement a triple AAA title perfectly.

Super Space Serpent SE is one of those games, Perfect if you have 10 minutes or so spare, but be warned you may find yourself on it an hour later, as you become so immersed, chasing that score, and try to get past the wave that has become your real life arch nemesis!

Your job, to guide your Spacecraft around the screen, populated by wormholes spewing enemies into the space vortex in which you are traveling through. Your job to dodging the enemies fire, whilst eliminating the enemies in the Wave.

At the top and bottom of your screen is all the information you require, featuring, your score, health, a multiplier index, your current level, and most importantly the time left to survive. Yes, Survival is what we are playing for here, as you pass through wave after wave, you will quickly notice the surge in enemy numbers, each with different directional and shooting pattern’s.

“In Super Space Serpent it can become fast and frantic quickly.”

Some laser beams will Wizz past, other’s will bounce off the grid style zone and come at you via a different angle, so you will need your wits about you if your to succeed.

In Super Space Serpent it can become fast and frantic quickly, and as the screen becomes populated you will be looking for a helping hand fast. Help Is just round the corner, as that hand appears in the form of health and supply drops. These Supply drops come in all shapes and sizes, some handy, some not so much, but nothing to drastic.

The unhelpful drops are in the form of a retro monochrome feel, which in some ways is a nice touch graphicly, but in fairness it easily distracts the eye. The other is a motion blur, which once again is easy on the eye, but has its downside as your adversaries’ bullets appear to be a little more difficult to detect.

The Helpful supply drops are in the form of upgrades to your arsenal, as you unlock special lasers, double gun, triple gun fire and other fun features, that will allow you to clear the skies, and elevate your multiplier status, thus enabling some fantastic score combinations and possibilities, a chance to feature high on the leaderboard.

As with most twin stick shooter’s there must be boss battles, and boss waves there are. The screen is filled with magical colour, the bullets fly everywhere as you look to bring down the almighty’s health. If only there was a chance to stop and just admire what is being displayed on the screen. Challenging, but very much rewarding.

Super Space Serpent Secondary Edition is a thing of retro beauty, with fantastic neon colours on display, a wonderful feel of retro space recreation, using grids, vortex’s and time tunnels. You really do feel that your being transported back into yesteryear.

The twin stick control mechanism is a real treat to use, very responsive, and the fire rate on point, as you glide your spaceship around the screen with effortless easy. A genuine pick up and play title, and that can be enjoyed by anyone!

The Sound effects and soundtrack used in Super Space Serpent are phenomenal and add to the whole atmosphere of the game. Throw in some classic challenging gameplay which is second to none, and it’s clear to see that Super Space Serpent is on to a winner, in terms of successfully recalling and implementing a fun, energetic game, packed full of retro goodness. A game that would have easily stood out head and shoulders above its opposition in the arcade.

My one and only real criticism -leaderboards… The lack of competitive leaderboards across Xbox Live. It really should be a must for retro arcade titles, as part of the beauty on visiting the arcades was seeing your name still in lights on your next visit.

All in all though, the Game ooze’s an 80’s feel of wonder, and is addictive, challenging, but more importantly just awesome in its style. It doesn’t quite top a visit to the arcades though.