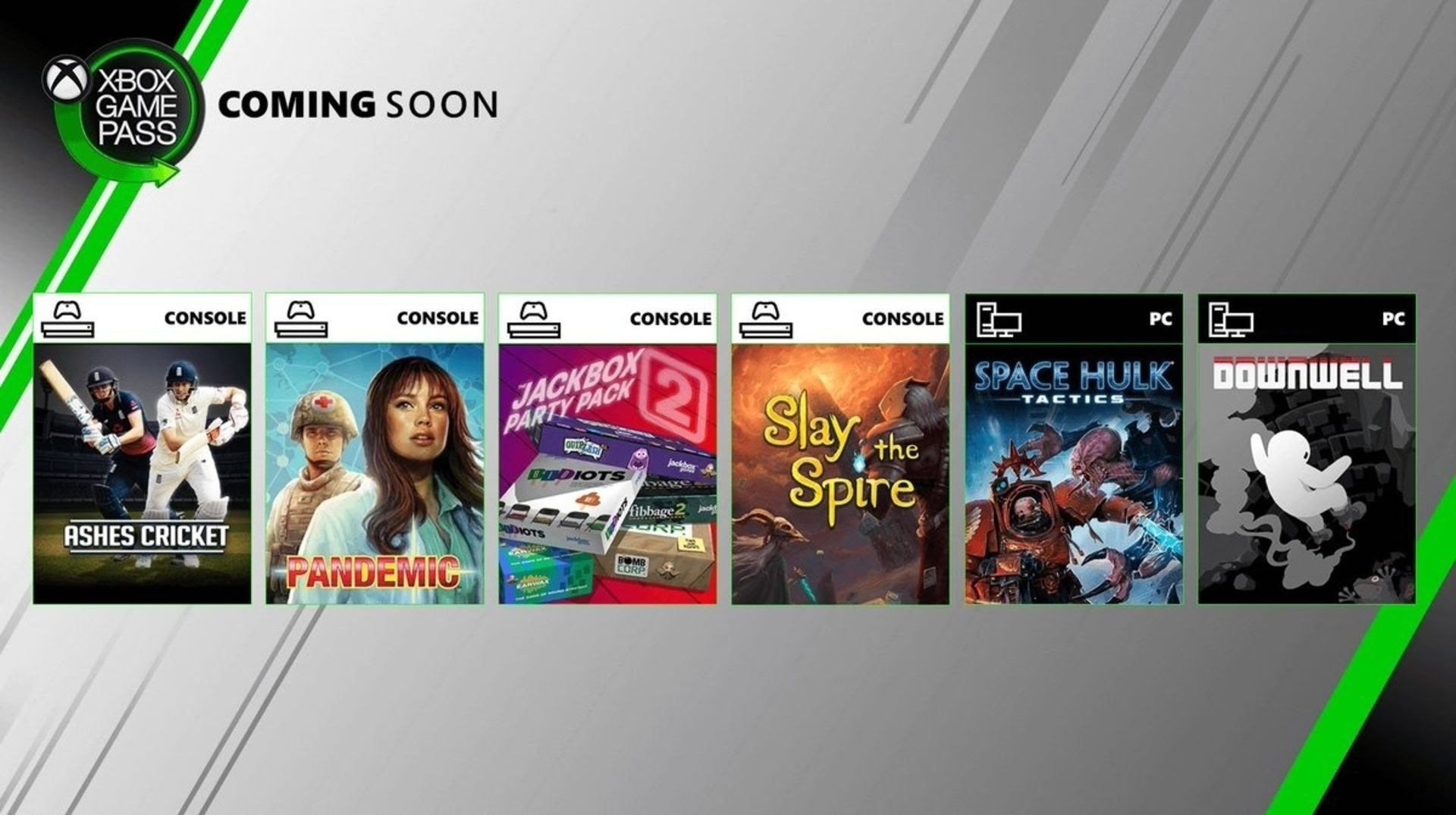 New games are heading to the ever change Xbox Game Pass catalogue, and below is what’s new to the line-up. Game Pass is a gamer’s best friend, certainly in the summer month’s when the big hitter’s dry up a bit, just look at the variety that is on offer, one thing though it sure brings a challenge when try to battle that ever-growing backlog!

Ashes Cricket (Xbox Game Pass for Console, Xbox Game Pass Ultimate)
Ashes Cricket brings all the fast-paced action, big hits, and skill that you see in the greatest cricket competition in the world, in both a more realistic and authentic way than ever before.

Pandemic (Xbox Game Pass for Console, Xbox Game Pass Ultimate)
As members of an elite disease control team, you’re the only thing standing in the way of the four deadly diseases spreading across the world. Travel the globe protecting cities, contain infections from spreading, and discover the cure for each disease. The fate of humanity is in your hands!

Downwell (Xbox Game Pass for PC, Xbox Game Pass Ultimate)
Venture down into a darkness filled with nasty creatures (and mysterious secrets) to collect spectacular red gems scattered about the rocks in search of untold treasures. Armed only with your Gun boots for protection, battle well-dwelling monsters and uncover hidden caves filled with riches and relics.

Space Hulk Tactics (Xbox Game Pass for PC, Xbox Game Pass Ultimate)
A faithful adaptation of the board game “Space Hulk” bringing a unique twist to the cult classic formula. Engage in bloody battles through an immense Space Hulk — a twisted mass of asteroids, wrecked star ships, and debris – as either a squad of Terminator Space Marines or the deadly alien Gene stealers.