The good folk at Microids recently celebrated Agatha Christie’s birthday, 85 years in numbers, they produced a developer diary for Blazing Griffins latest game, a true tribute to Agatha Christie’s fondest creation, the detective character that we have all come to love Hercule Poirot.

Should you not have read any of the great lady’s books, then you would have no doubt seen or heard of her detective via film, with the high profiled character being played by the likes of David Suchet, Peter Ustinov, John Malkovich, Ian Holm, and more.

Hercule Poirot is such an icon, and that has led the character to feature in the gaming industry. The popular detective has featured in many games over the years, but it’s been over 5 years since we last saw the legendary detective in The ABC Murders, an adaptation of Agatha Christie’s classic novel. 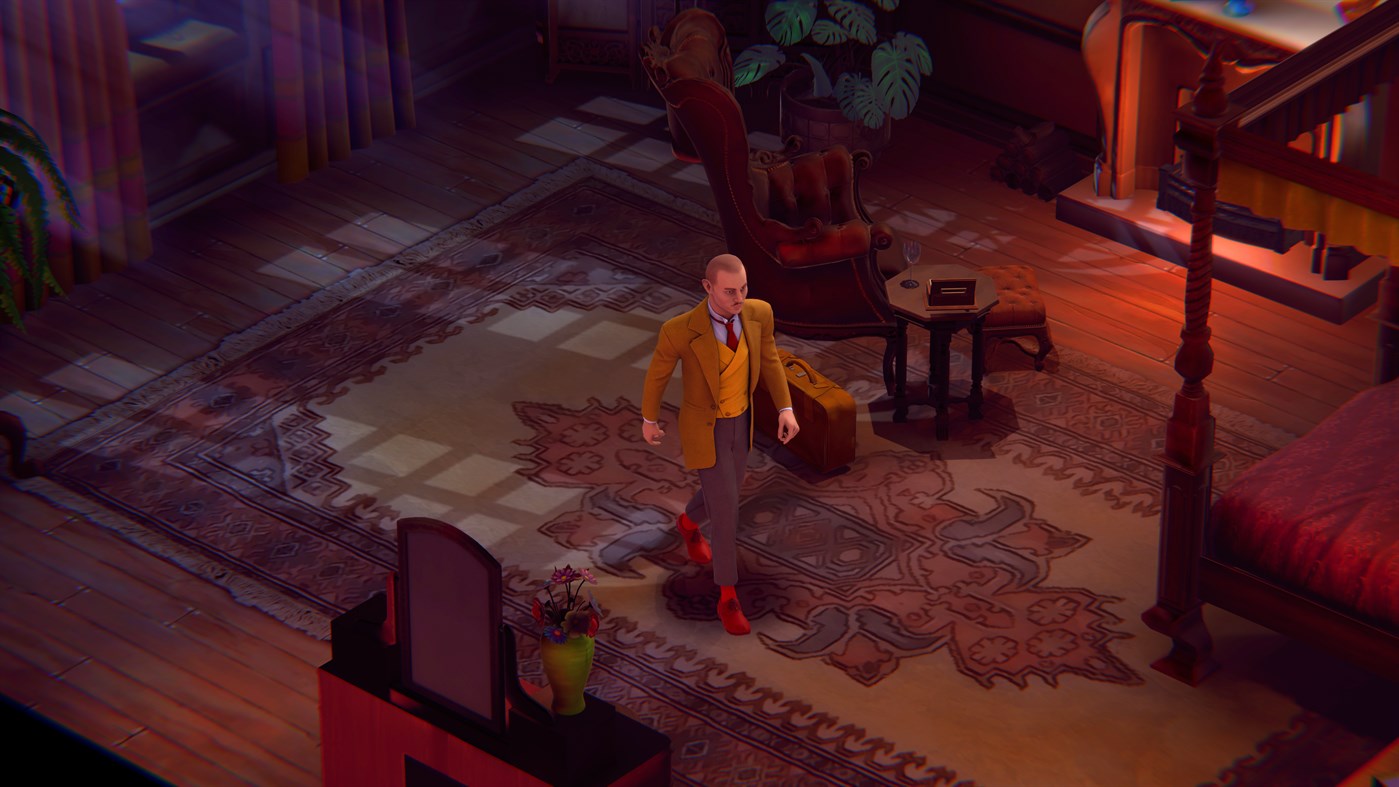 In the last outing The ABC Murders, the player embodies the famous Hercule Poirot in a 3rd person perspective adventure game packed with mysteries. Once again, the private detective finds himself up against a mysterious opponent who goes by the name of “ABC”. Using your intelligence and wits, you get to explore many crime scenes in various cities set in beautiful surroundings across the United Kingdom. Leaving no stone unturned when it comes to cross examinations and deadly puzzles! In that game you observe, question and explore everything possible in order to make the smartest deductions and understand the murderer’s plans!

Seen as we have just had a little look down memory lane, all the previously released games that have involved the detective have been based on the author’s novels, so there’s always a familiarity with where the story is going.

So how can you make an Agatha Christie Hercule Poirot game stand out, be different?

The answer is clear, like so many films and even novels with sequels, you eventually look back to the characters roots, and that’s exactly where we go with Agatha Christie – Hercule Poirot: The First Cases. 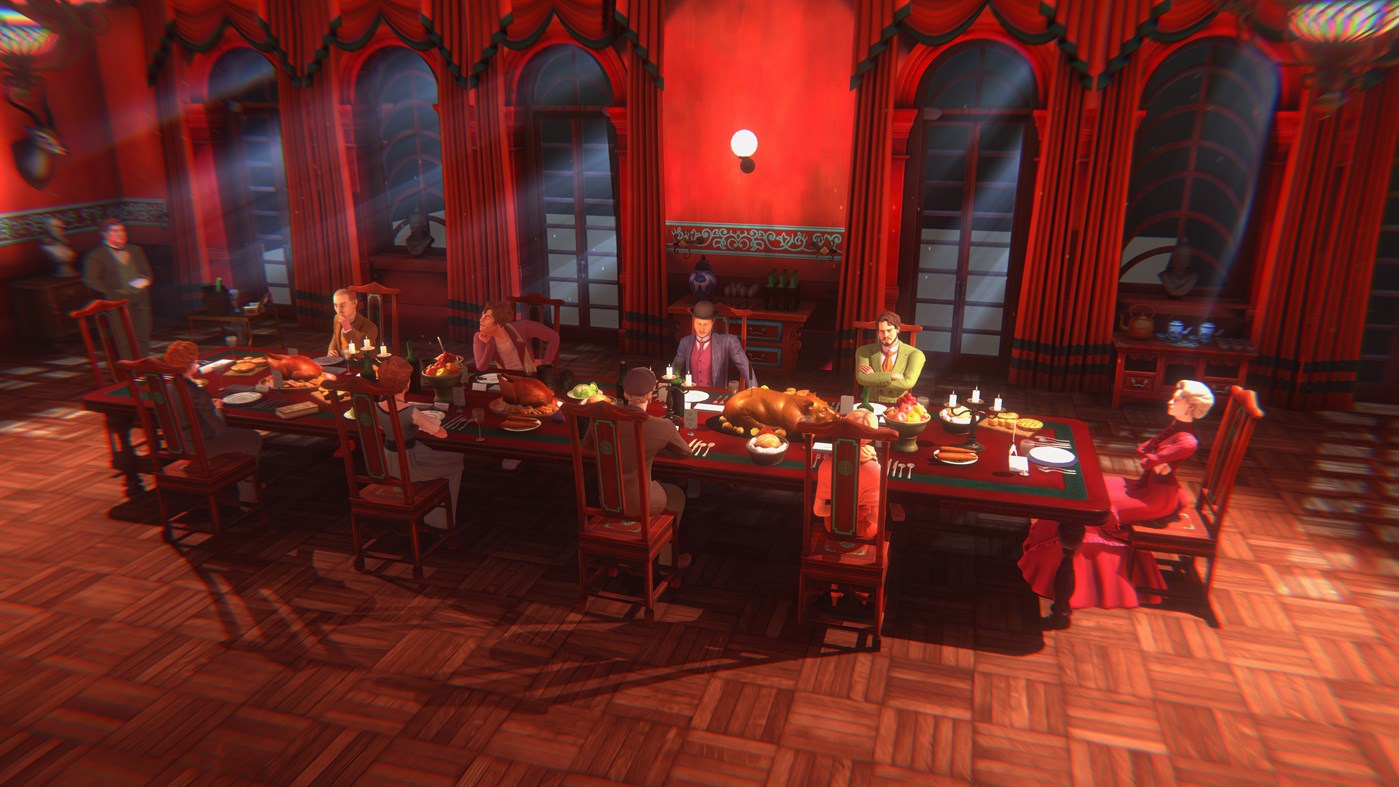 Discover an untold crime story from the mysterious youth of the famous detective Hercule Poirot.

Discover the early cases of the legendary detective Hercule Poirot. In his early years as a detective, Hercule Poirot is invited to a reception by the influential Van den Bosch family, for the announcement of their daughter’s engagement. But tensions amongst the guests run high as a snowstorm descends on the town, trapping everyone inside the manor. The happy event is soon marred by the murder of one of the guests… In the right place at the right time, Poirot immediately begins to investigate. What buried secrets and deadly rivalries will he uncover? 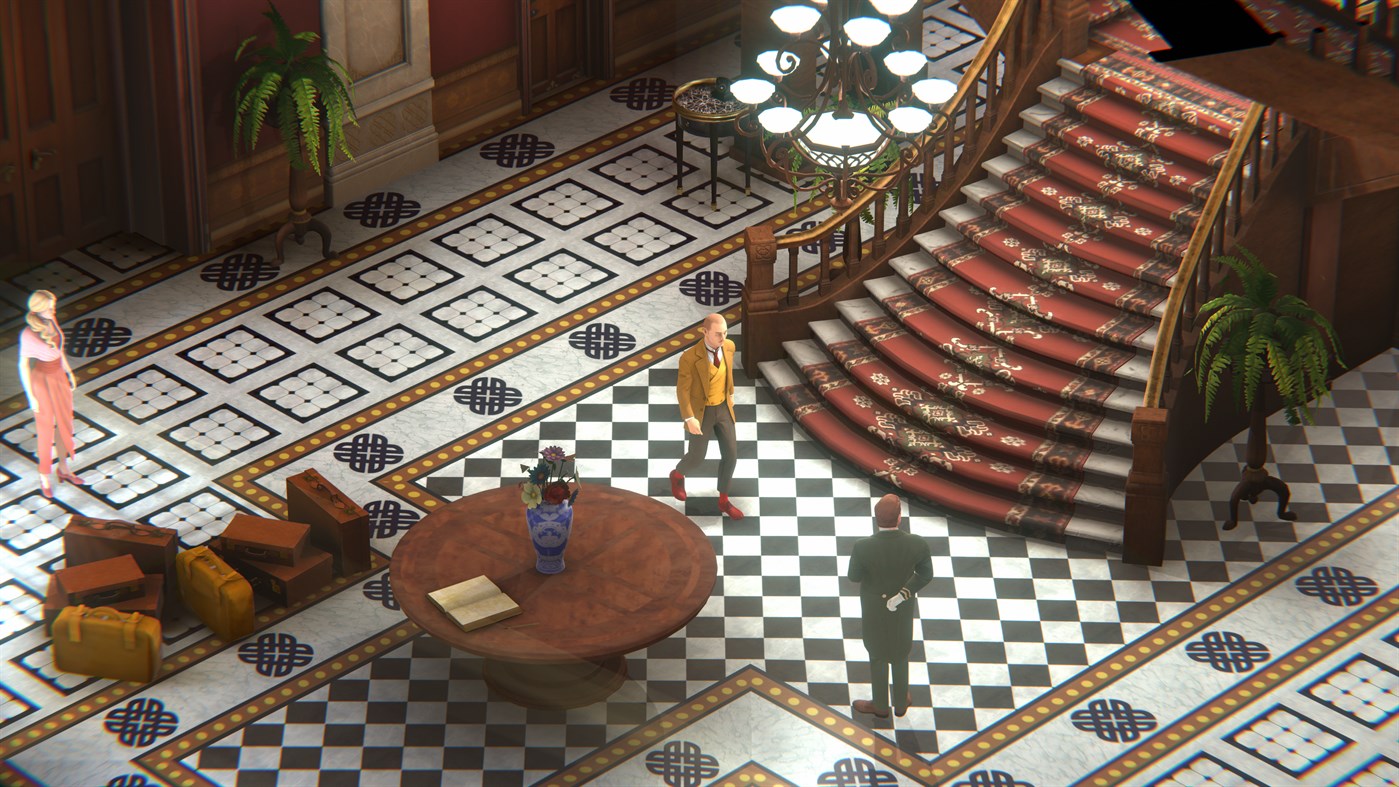 Agatha Christie – Hercule Poirot: The First Cases is a detective and adventure game starring a young Hercule Poirot before he became the legendary detective, we all know and love! Who doesn’t love a good murder mystery game?

The gameplay illustrates perfectly how the game is aimed at recreating a multi-faceted core detective case. Agatha Christie – Hercule Poirot: The First Cases offers a narration fully integrated in gameplay mechanics and the story, being told over a series of chapters and acts, in order to feel like a classic Poirot novel.

The immersion is enhanced by the mindmap feature, illustrating the detective’s thinking process. Story-wise, the writing of an engaging murder case for the game, intended to be as compelling as the Queen of Crime’s, was achieved thanks to the contribution of TV & film writers from the studio, closely collaborating with the game’s narrative designers. Finally, to offer a refreshing take on our iconic detective, the studio has chosen to set the game during Poirot’s youth, when his fame had not yet been established and he’d have to struggle to make his voice heard, at a time when the world was changing drastically and raised many socio-economic issues, embodied by a varied cast of characters archetypes.

Without giving to much of the story away after playing through a tutorial first mystery, in the legendary detective’s early years, a young Hercule Poirot is invited to a reception by the influential Van den Bosch family, for the announcement of their daughter’s engagement. But tensions among the guests run high as a snowstorm descends on the town, trapping everyone inside the manor. The happy event is soon marred by the murder of one of the guests! Poirot being in the right place at the right time immediately begins to investigate. What buried secrets and deadly rivalries will he uncover? 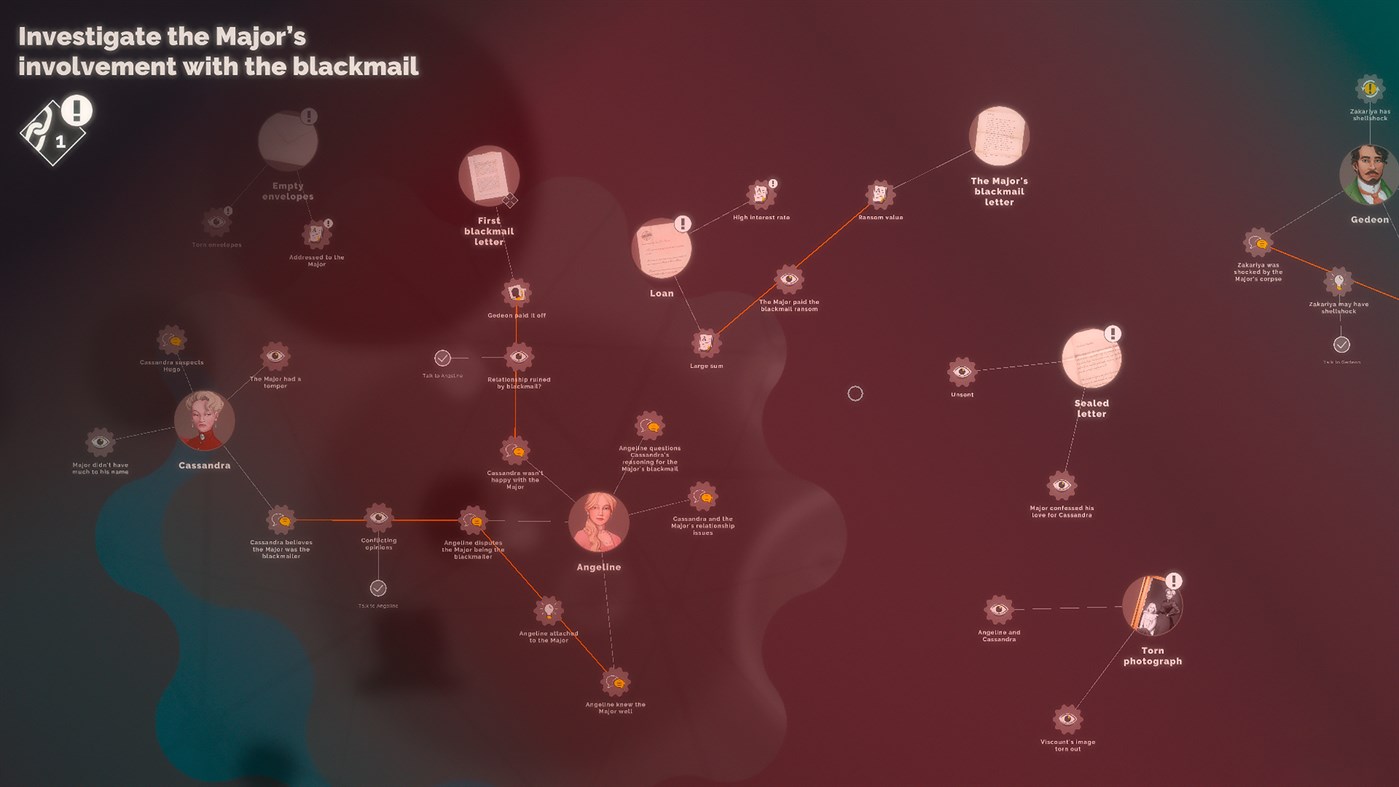 As Hercule Poirot, you have everything to prove, and as control of the character it’s up to you to solve a complex murder where everyone has something to hide. Unveil what hides behind the deceiving appearances of the Van den Bosch family. Your mind will prove your best asset, as you search for clues, and question all the suspects and glean crucial information from them without them knowing.

Pay attention to detail and suspicious behaviour as you uncover the dark secrets and rivalries that hide between the upper class. Explore a luxurious house full of buried mysteries, there is often more to discover then just the murderer. 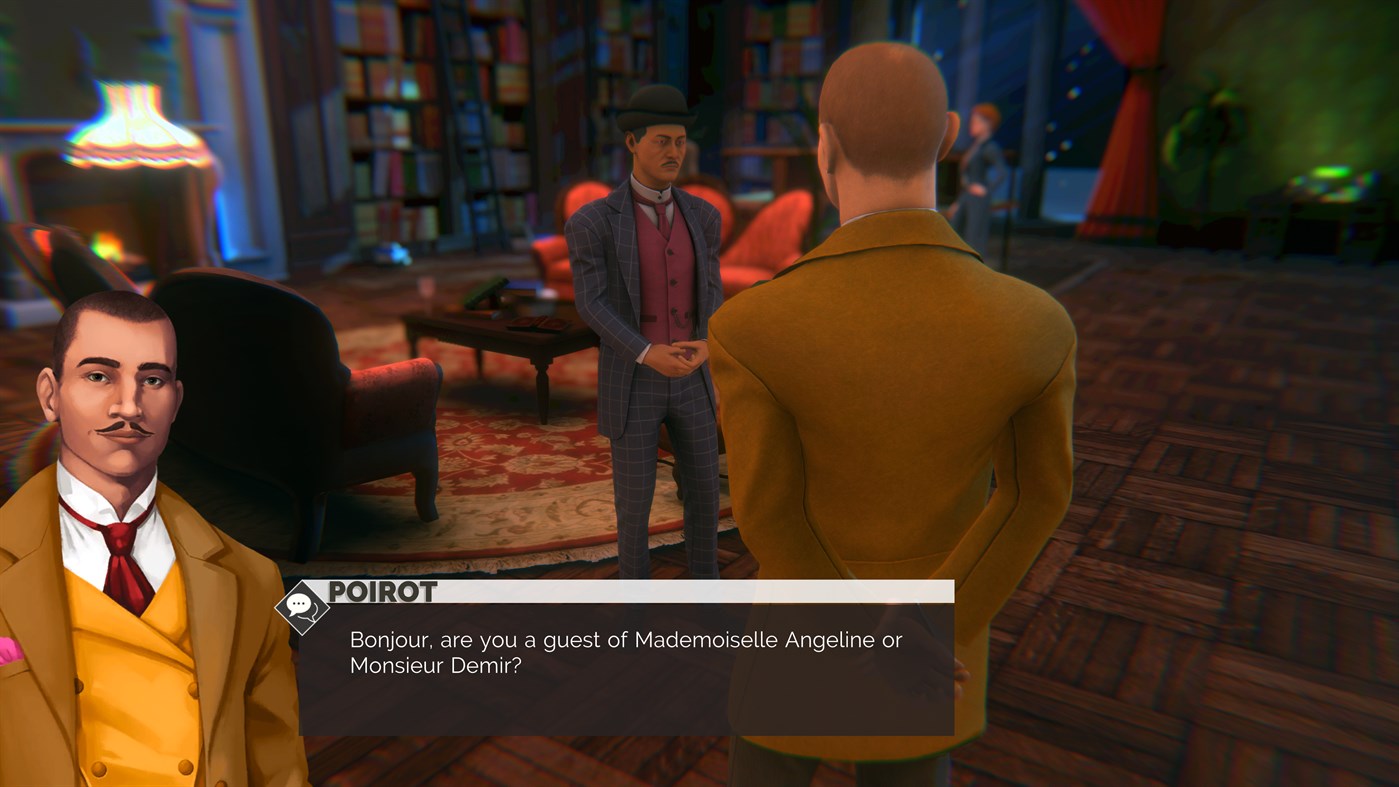 Agatha Christie – Hercule Poirot: The First Cases offers a rather relaxing playthrough of what is a well though out story. The main gameplay consists of searching the areas and rooms of a luxurious manor house from an isometric setting, meeting and talking with characters within the vicinity, drawing information and connecting it with the clues you find. Some of the interactions will lead you down certain paths, open new doors for the investigation.

If I’m being truly honest, it’s all standard stuff. The items that you must find, are often located in the obvious places such as pots, plants, windows, bookcases and fireplaces. The interactions with the characters sometimes feel a little stale, often repeating themselves, and not really adding to the conversations, but it’s the piecing of all the information and forming deductions in the style of mind maps where this game excels. 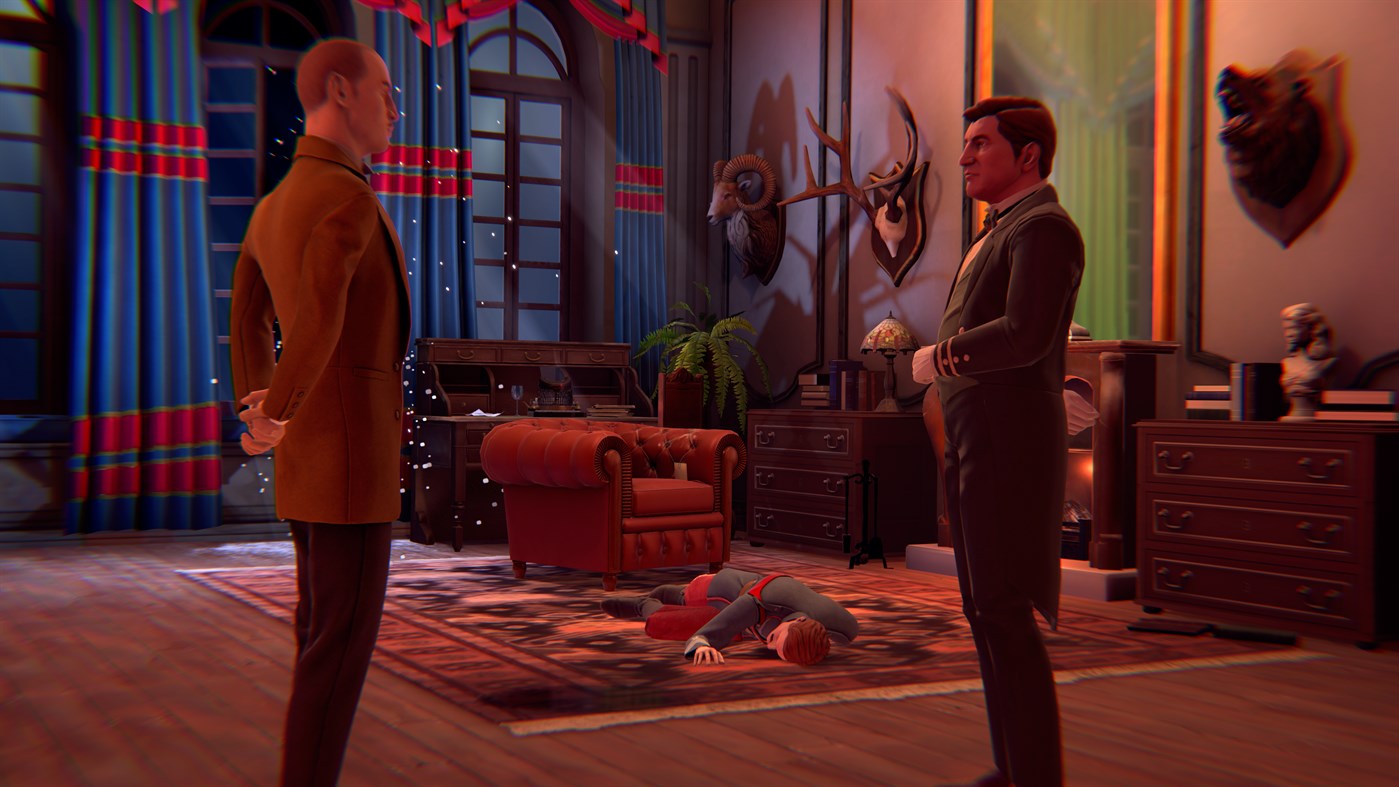 One of Agatha Christie’s Hercule Poirot sayings will stay with me for ever, and it’s up to you to put those little grey cells to good use, in the mind maps, unlock new questioning, new ideas, thoughts and solve the mystery. The mind maps are implemented really well, allowing you to clearly visualise and link the elements of the case in order for you to draw your own conclusions and shed light on the culprit in what can sometimes be a surprising denouement!