Attack of The Earthlings review 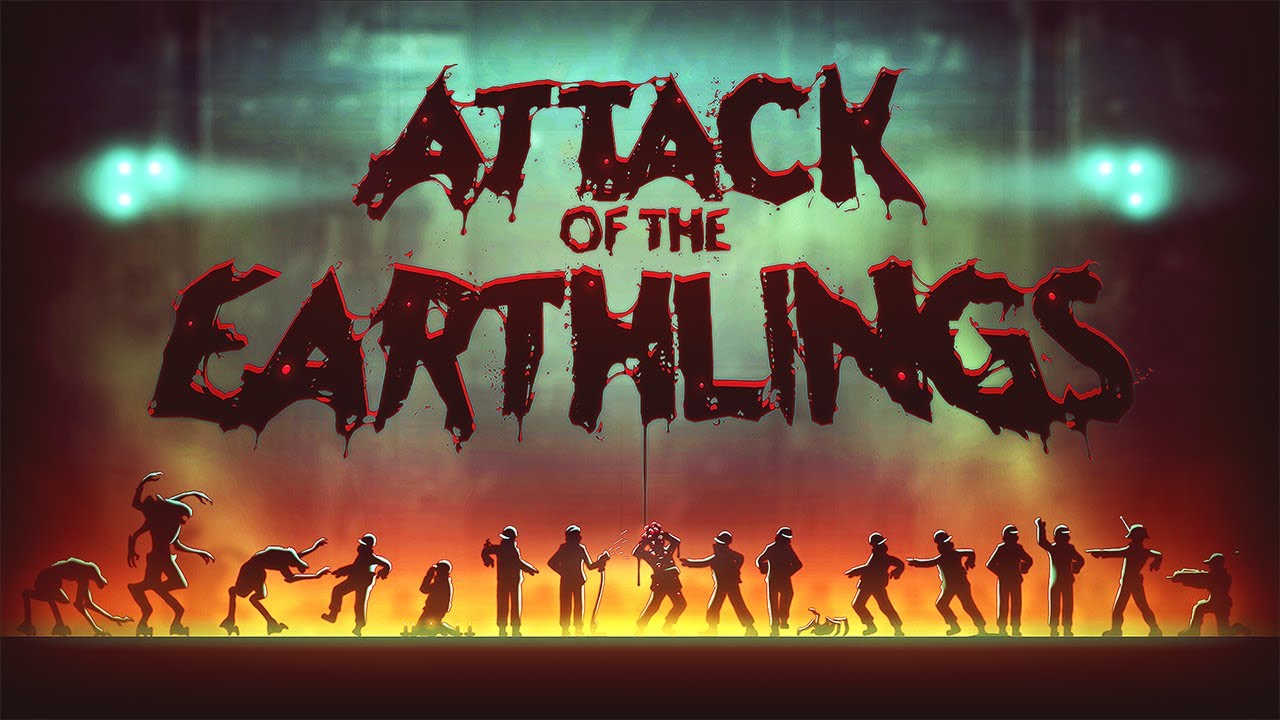 Attack of The Earthlings is a turn-based strategy game, offering combat and stealth. Plot your path, lurk in the shadows, as you prepare to pounce and devour your prey.

Team Junkfish bring their dark comic style humour and take you on a journey. A trip where for once mankind are the invaders, as you take control of a hostile insectoid species looking to defend your home planet. The native alien race the Swarmers (you) are an assertive and dynamic force looking to repel humans aspirations to control the territory.

In order to succeed you must plot and gobble up the Galactoil Corporation, from the bottom to the very top.

Attack of the Earthlings Is a rather unique take on the strategy tile turned based game, offering charm and wit. Starting from the very bottom of Galactoil’s drill, it’s up to you, to rise through the ranks as you sneak through the 7 levels, hoping to reach the boardroom and take out the game’s two main top dogs, character’s PA Pecker and RM Dickinham. Your species fate rests in your hands.

The game starts at the base of the Drill, enter the maintence shafts and progress through the level, completing the objectives set out before you.

The first few plays are more of an introduction to the game’s mechanics and your surroundings, teaching you valuable strategies, as you learn how to take command of unit, move, hide, and devour the evidence of your existence.

As you guide your alien through the level, choosing to either avoid contact or indeed welcoming it, you will quickly become accustom to gaining biomass. The more biomass the higher chance of progressing throughout.

Biomass is like a currency formed via the flesh of devoured humans. Spend your Biomass wisely and you can build your squad by spawning Grunts. Grunts can be used in number of different roles, offering extra strategic approaches, such as hiding in vents, and the ability to form co-ordinated attacks against the many tactical guards that are dotted around the maps to protect The Galactoil corporation’s assets.

As you go about your business in Attack of The Earthlings, you absorb the fundamental rules, of patients over gun ho, after all patients is a virtue. You also learn the importance of family, as you look to utilise every possible approach in your quest for survival and wiping out your foes.

The game’s level design is cold and calculated, well thought out, with plenty of obstacles in your path. The maps are littered with humans, some just worker’s there to be eaten, other’s ready to alert the guards who pack some heat.

The colours displayed on the screen are used to create an atmospheric feel to what is a comical style game, with a bit of comedy thrown in to the mix.

The concept behind the game is the stuff of tv shows and films, I love the twist of hunt the humans, rather then the other way around.

The Mechanics work really well. The commands and unit specialisations, with there actions are easily explained and very straight forward to get to grips with. The turn based tile system flows, and there are some lovely elements of planning and formulating a plan, which if pulled off leave the player with a real sense of accomplishment.

From within the unit operations there are several of real note, the overwatch facility, which if used correctly enables you to split up your pack, stalk and hunt your pray.

Another is the mind control, in which you convert a calm human citizen into a mind-controlled drone, offering the stealth and options to unlock doors and go un-noticed, key for sneaking around. These are nice touch that offer the play real control and add to the alien theme.

Sometimes the scoring in these types of games are a little disappointing, but Attack of the Earthlings has a very positive attitude, and a very interesting take, which keeps the player coming back for more, as you look to better your previous levels goals.

The scoring is split in to segments, a base score, considering your units killed and your death count. A turn base score, based on a how many turns it takes to complete the level, with a par score for your guide to see how it should be completed.

And last but not least an objective score.

Scoring systems like these are refreshing and offer a real sense of replay-ability, adding fun and enjoyment to a game which is all about strategy and seizing the entitative.

Attack of The Earthlings is neatly put together, offering a wonderfully thought out strategic turn based experience, with a captivating adventure, which you can easily get lost in.

“Attack of The Earthlings keeps you on your toes, commanding a real thought process, as you look to move forward.”

The ability to play the role of an alien and consume humans is fun, and the unit options offer a great way to infuse attack with stealth elements.

Attack of The Earthlings keeps you on your toes, commanding a real thought process, as you look to move forward. Add to that an exceptionally designed scoring system, offering reward for the strategically well thought out plan, and its execution, which aids the whole experience.

The concept offered in this title is quite astonishing, the mechanics flow throughout, and there’s a gem of strategy title that anyone can enjoy, not just fans of the genre.

Attack of the Earthlings will have you deep in thought as you plot your next killer move!