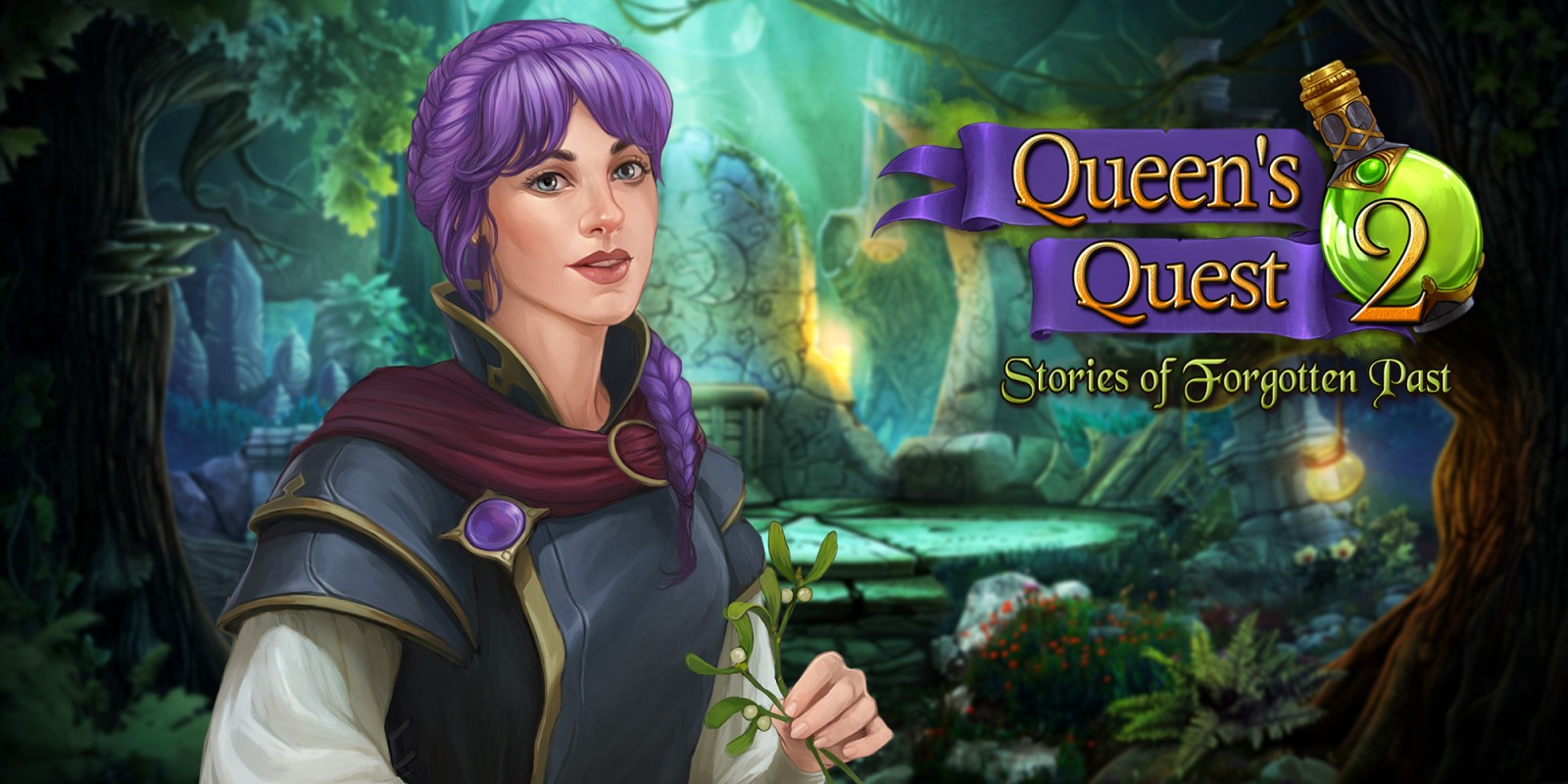 Once again, Artifex Mundi treat us to a mystery, point and click adventure in the form of Brave Giant’s Queen’s Quest 2: Stories of Forgotten Past.

If you have ever played a hidden object, problem-solving game, you will know that they are the sort of game to sit back with a cuppa, unwind and enjoy a bit of interactive puzzle fun.

If you’ve never played a hidden object game, well let’s just say as long as you enjoy a good story and can accept a point and click style element for problem solving then you will get along fine.

Without giving to much away, you take the role of a famous Alchemist who has been entrusted by the king to look into the murder of one of his trusted allies. As you delve deeper into your investigation, it becomes apparent that criminal forces have combined to wreak havoc across the land. This newly formed criminal network are working in the shadows, in an attempt to bring down the very foundations that the kingdom was built on.

Its up to you to conjure up the right cocktail to fight fire with fire as you shape-shift your way around the hidden parts of the land and uncover a conspiracy that goes deeper then you could ever imagine.

Having played loads of hidden object games over the years, mainly due to my loving wife who has a slight addiction to them, I feel I have a fair insight on what makes A point and click hidden object adventure game work. These games need to be strong in several key components……

First it needs have an enticing story, something that’s going to capture the sense of adventure, and draw you into the role of story.

Secondly, the control system must work well with the surrounding and style of the game, with accurate response, and an ease of use.

Thirdly and probably the most important of them all, the puzzles on offer need to be varied, challenging, and rewarding.

In my humble opinion Queens Quest 2: Stories of the Hidden Past not only ticks these boxes set out above, it exceeds them.

The Story telling is excellent throughout, with a real sense of adventure, and fantastic use of character interaction. The choice of characters from childhood fairy tales and legends such as Robin Hood, Red riding hood, Hansel and Gretel, and the magical figure of Merlin is a major plus giving you familiarity, and a positive influence to see where the story is going.

Without spoiling the outcome, the story is nicely paced, and the easily recognisable characters background stories work really well and intertwine nicely to form an original fantasy adventure that keeps you coming back for more.

And the best thing of all, it’s an interactive story that can be enjoyed by players of all ages, thanks to the fantasy nature and character’s that are easy to recall.

The control system is on point.  The point and click is very responsive, with lots to interact with and plenty of items to collect. The menu’s and story recap logs are insightful, and the inventory is clear and laid out perfectly. The button combination to access and combine items in your inventory are not complicated at all, giving it a real ease of use feel.

Queens Quest 2:  has a whole host of puzzles locked away in the game, and as the story unfolds more challenges unlock. The variety is top notch, i have not played a hidden object game with a better selection of puzzles. There’s matching sequences, potion mixing, shape-shifting flying scenes to deal with, as well as matching mirror pieces, snap and fighting amongst many others. Oh, and there’s hidden object games to solve too. These are full of variety, with shape finding, find the right item that fits and of course your classic hidden object puzzle.

The puzzles work really well, and vary in terms of a challenge, and as in all hidden object games, it’s all about the story and adventure, with the ability to skip a puzzle should it prove troublesome. On completing a puzzle you are rewarded with a often un obtainable item that will help you on your quest. Add to all that achievements for speed and completion with no hints, and there is a real sense of reward.

Queens Quest 2: Stories of the Hidden Past is the best hidden object game that I have played to date, it ticks all the boxes and then some. The story is original with characters from familiar stories, the control system fits and helps the story flow, and. The puzzles are well designed and thought out, with a real sense of challenge and reward.

As with all these games they have their flaws, if you looking for a fast paced adventure, a game that is full of replay-ability with hours and hours of story, then obviously hidden object game’s aren’t for you.

Hidden object games are all about the interactive story, and the puzzles, and Queens quest 2 is full of them.