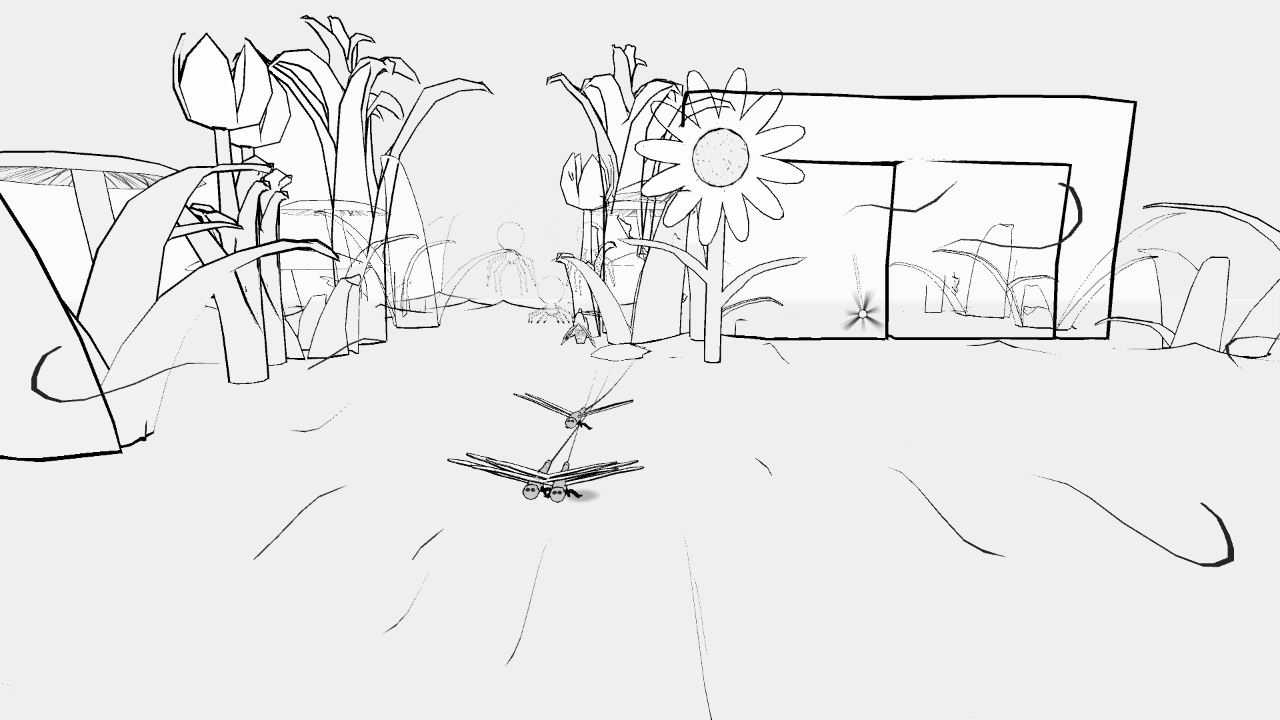 Flap your wings in Bird Game +, a unique adventure starring a majestic fledgling of a bird, who’s black and white journey over a pond is met by obstacles and foes in your battle to survive.

The game comes with three challenging, hand drawn levels, so gameplay is short in length but relaxing thanks to its serene soundtrack with high pitch tones and slow paced music.

As you move forward, 3D reeds and dragonflies will generate in front of you causing an obstacle against your progression. The biggest hinderance though comes from the title’s camera angle adopted, which locks firmly behind your agile bird, however on navigating around the environment the camera makes it difficult to judge dodging obstacles.

Aided by a Dark Mode, you can also switch the graphics between light and dark to find your preferred way to play visually. Dark Mode casts a shadow black background with the detailed environment presented in light white. Finishing a level on Dark Mode will also unlock an achievement for the hunters out there.

As you progress through the levels you’ll also learn new moves such as holding down X to speed up in the winds and holding A to hold onto levers to open doorways and to catch and eat fish leaping out of the water to generate some health back.

“Boss fights, however are repetitive and very easy to learn the incoming attacks.”

One useful control it doesn’t mention is the use of the triggers for barrel rolling to dodge incoming attacks quickly. It’s quite puzzling that this was missed off during the on-screen tutorial messages, as it seems like a crucial mechanic to staying alive.

At the end of each level rises a boss fight against an inhabitant of the pond. Boss fights, however are repetitive and very easy to learn the incoming attacks you need to dodge and the method for defeating the boss section is straight forward.

On completing this there is the addition of Endless Mode – a point-based, survive-to-death game type. As you swoop and fly around the plant life and residents of the pond, you’ll notice small orbs to collect to increase your final score.

Who would have thought being a bird was so dangerous with bugs and frogs about. Bird Game + offers a unique art style with its black and white visuals, but lacks an in-depth story to be told. Just as you feel you’re enjoying the game, suddenly you’re at the end of the 3 levels. Although for the price of £3.99 currently it seems just about right and value for money.