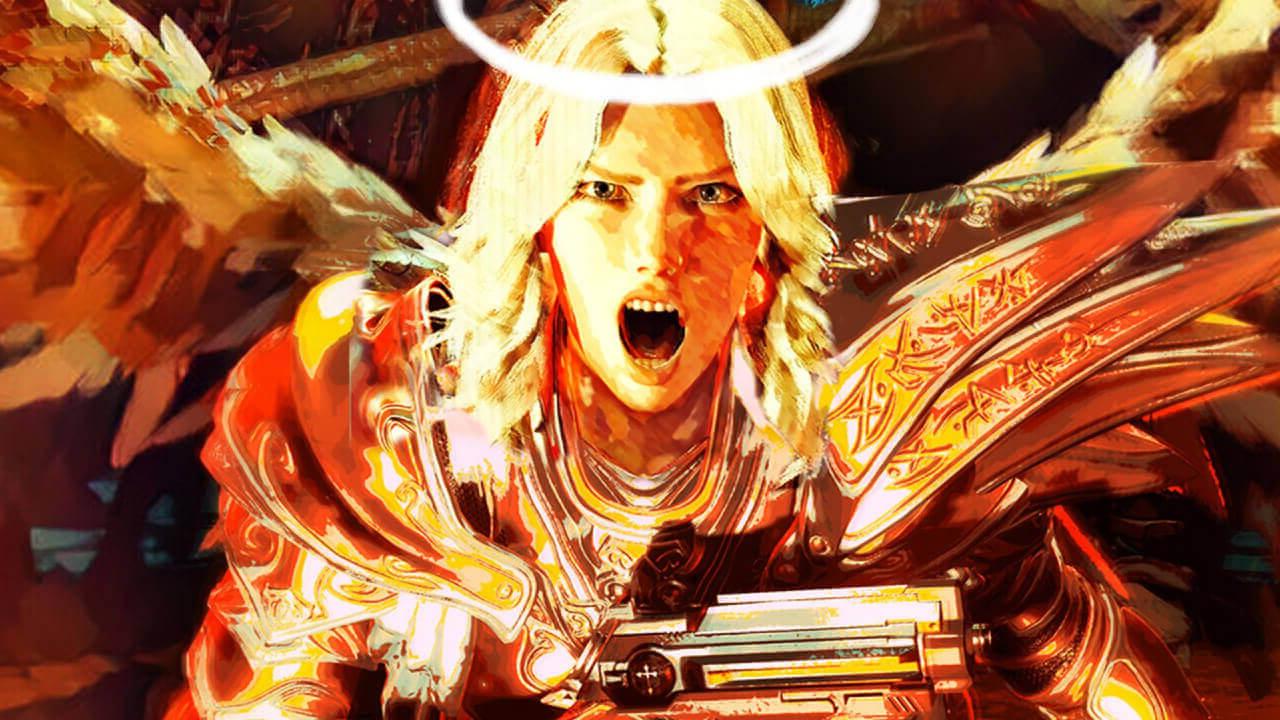 BPM: Bullets Per Minute tells the story of an unnamed mighty Valkyrie sent to Asgard in order to fight and repel evil forces from the underworld from taking over. You’ll have to kill everything in your way in order to ensure peace in Thor and Odin’s land. But there’s a catch: Your enemies perform a dance-like sequence of attacks to the beat of a rock opera; you need to shoot them in rhythm.

BPM: Bullets Per Minute is a rogue-like FPS that can also be viewed as a less intense duplicate of DOOM (2016). It’s a typical FPS mixed with some rhythm based mechanics where you need to shoot in rhythm all the while keeping tabs on your ammo. As with most FPS games, you can double jump, dash, rocket jump, and bunny hop to evade your enemies. 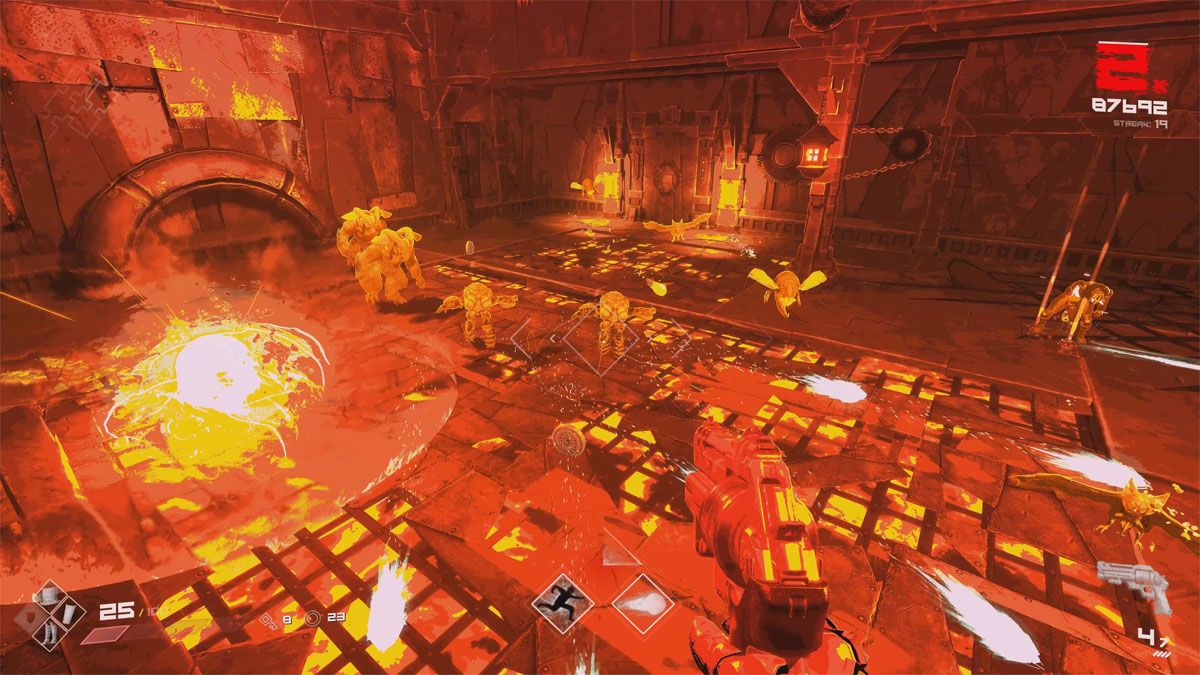 If you’re familiar with the rogue-like genre, you know what to expect. Once you die, you start right back at the beginning and anything you’ve picked up has been removed from your inventory and you start from scratch in a new layout of a level. As you replay the game and complete challenges, you can unlock additional characters bringing the total of playable characters to 10.

If randomly generated dungeons aren’t enough for you, the game lets you select from 10 different characters; each with own unique strengths and weaknesses to offer gameplay variety. Once you manage to survive the dungeon(s), you’ll be pitted against the game’s 7 bosses and oh boy they aren’t pushovers. Completing levels reward players with chest that can contains buffs to help you on your bullet hell adventure. 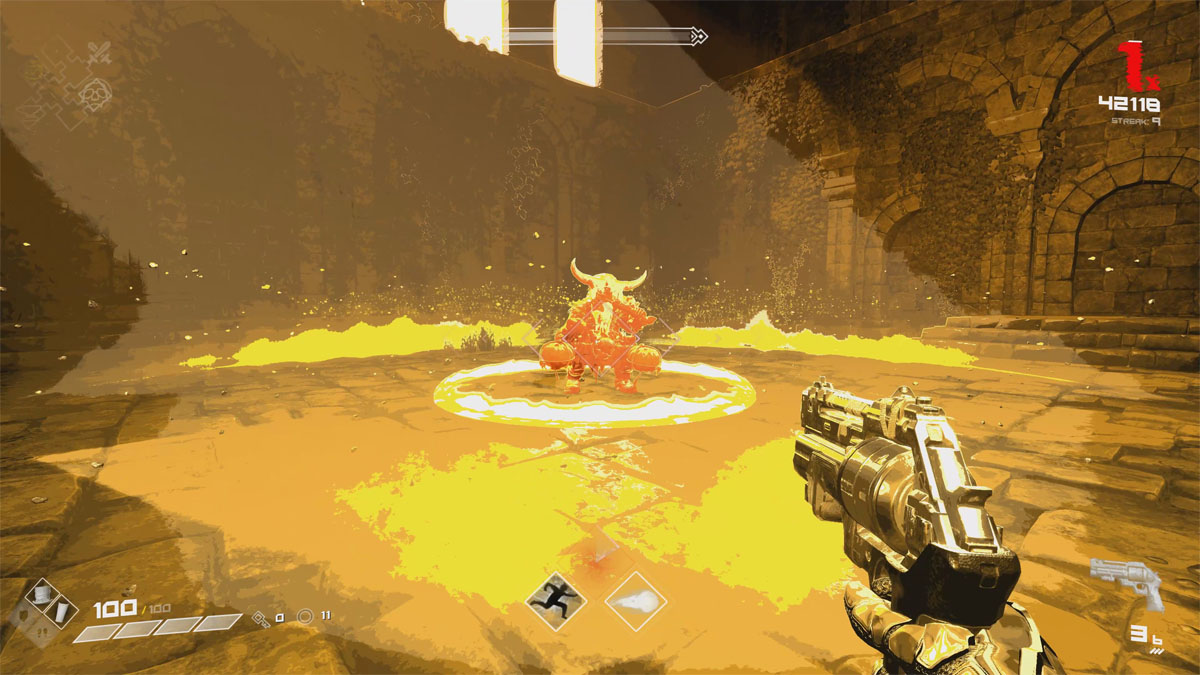 As much as I love the FPS genre and was looking forward to finally trying this bad boy, the main problem with this game is that it’s a rogue-like game. Dying and having to restart from scratch is a frustrating mechanic, and while some gamers can applaud, it can be frustrating because it feels like you’re never making progress. And given the layout of the levels changes every time, trying to remember what you encounter where doesn’t help. If at least the levels remained the same, it would be more a lesson learned type of thing (think games like Mega Man), but this? This is just annoying.

Another major issue with BPM are the controls. Unlike 99% of other FPS I’ve played, controls and movement feel completely off. No matter how many times I fiddled with the sensitivity of the horizontal and vertical movement, it never felt right. Additionally, reloading requires the press the reload (RB) button twice. Why?!? Also, I can across so many locked chests, I lost count, yet never found any keys. Last time I saw so many locked things was in Silent Hill 3. 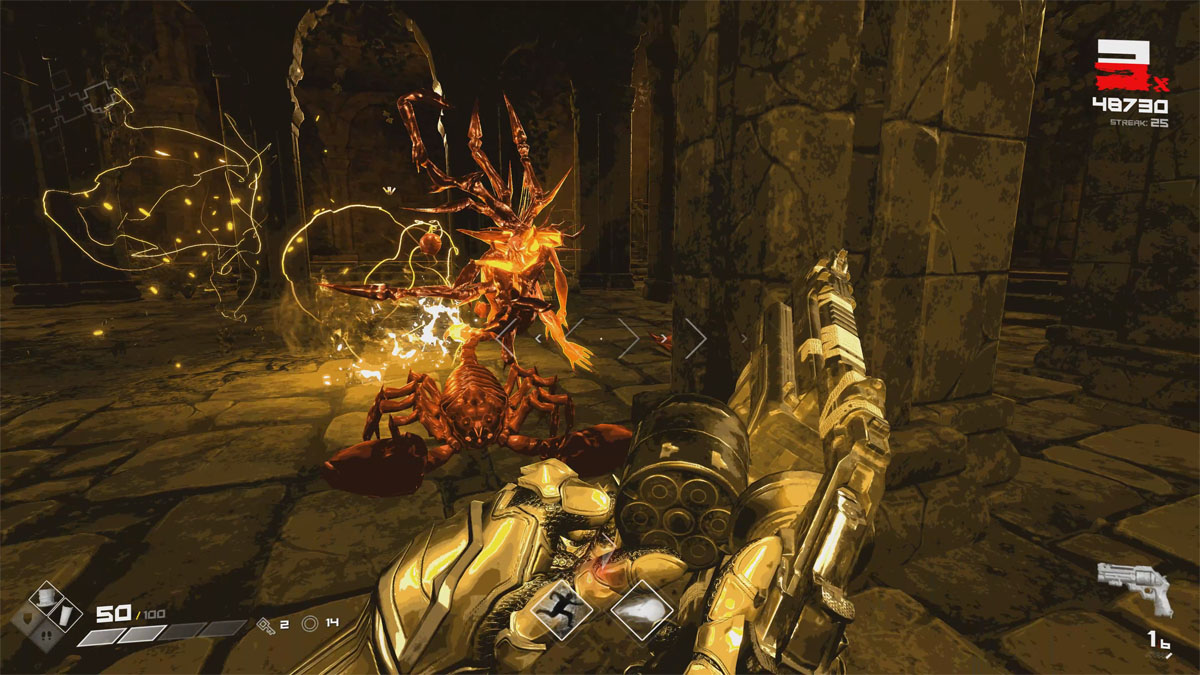 Overall, presentation-wise, it’s hard not to make a comparison with DOOM. While not as hardcore and gory, BPM still has a similar orange-ish color palette for the game’s level design. But up close, the dungeons look muddled and blurry which not only can make it hard to see some enemies from afar, but also looks an amateur-ish design. The soundtrack is a bit disappointing, but again I was expecting something a bit more heavy akin to DOOM, but it sounds like some hard rock that could easily play on commercial radio.

After seeing positive reception when the game first released on PC, I was excited about the console release of BPM: Bullets Per Minute, unfortunately my excitement was shattered by this muddled shooter. Controls and movement feels outdated, the rogue-lite mechanics makes players feel like they’re never making progress, even when unlocking new characters. There’s not much worthwhile about this game. Unless you must absolutely play all rogue-lite games, BPM: Bullets Per Minute is an easy pass.