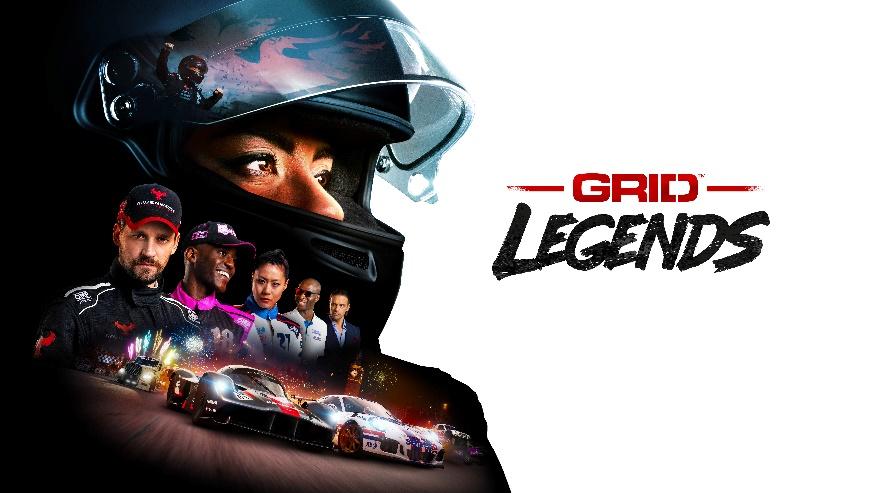 The Racing genre is my go-to when I’m looking for a new game. I’m a racing fan in real life, following multiple motorsports, and as a child and a big fan of the arcade era in the 80’s and early 90’s, I spent a lot of my pocket money on racing machines, they never fail to provide a sense of speed, action, and pulsating adrenaline, right at your fingertips. Console and PC racing games provide all the above, but with the added thrill without the danger from the safety of familiar surroundings.

If you’re a racing fan, then you know exactly what I’m on about. Racing games are split into two categories, Simulation and Arcade. Both types provide their own unique experience and appeal to different sets of racing fans. Simulation games are a little closed off, they offer the most authentic petrol head experience, but they often lack a real sense of fun and openness, The arcade style game can touch on simulation elements, but focus more on the thrill-seeking action, the real fun, without being too wrapped up in do’s and don’ts of a simulation racing title.

Fans of the racing genre will be all to familiar with the name Codemasters and Grid, over the years Codemasters have been at the forefront of some of the worlds most famous racing games, and the Name Grid, well it’s certainly a game that I remember from the 360 days, going on to spawn a sequel. Both of these titles were well received, and provided that need for speed, that all action racer that many craved in their collections alongside the powerhouse the was Forza, while Forza branched out and went down the open world route, with the added arcade experience, Codemasters stayed true to there previous racing titles and offered that track day experience, mixed with touring cars and that ultimate thrill of fast and furious action.

Grid recently had a revival with a remake of sorts, which was more of the same, but maybe lost a little of the soul of the original 360 games that were such a huge success, maybe it was down to the emergence of so many new racing title s in it’s filed, some of them actually produced and developed by Codemasters themselves, but now with the added might of EA Sports firmly behind Codemasters corner, we now have the game that I believe all Grid racing fans have been waiting for in Grid Legends. 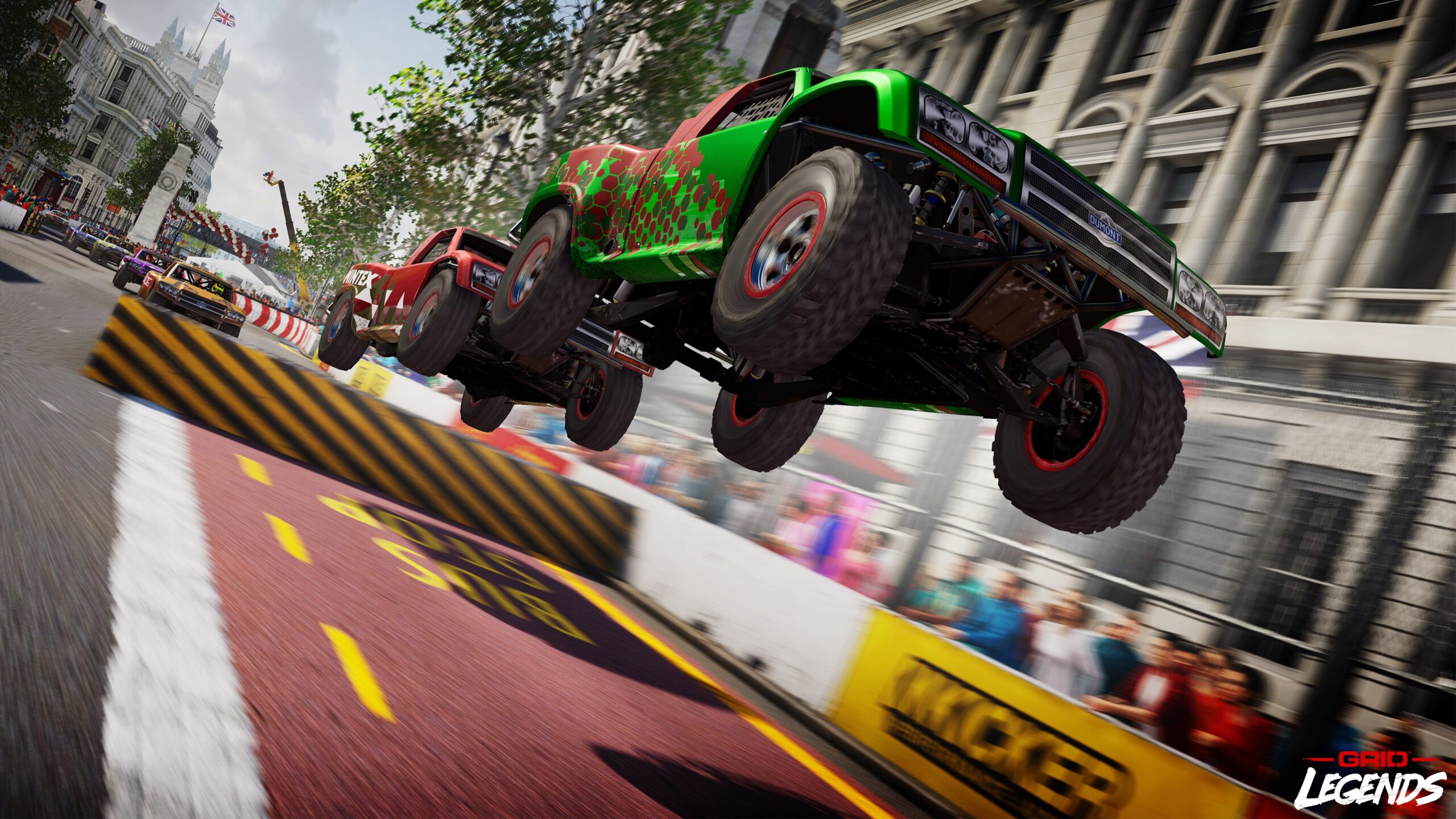 Grid Legends has been developed for the racing thrill-seekers, the people that embrace wheel-to-wheel racing, the edge of your seat action that keeps you emersed race after race, whilst taking you round the globe be that on the track or the mean streets. With Grid Legends you get to live your racing dreams, organise, and design your own motorsport events, hop into live multiplayer races, or immerse yourself in the drama of a virtual TV production story, and take part in the spectacular action.

It’s all about feeling with Grid Legends as you jostle for position, whilst driving legendary cars at the edge of your limit, feel the sense incredible speed, the rush as you push your nemesis off the track and into the gravel or even a sand trap, and if that’s not enough – take it online! 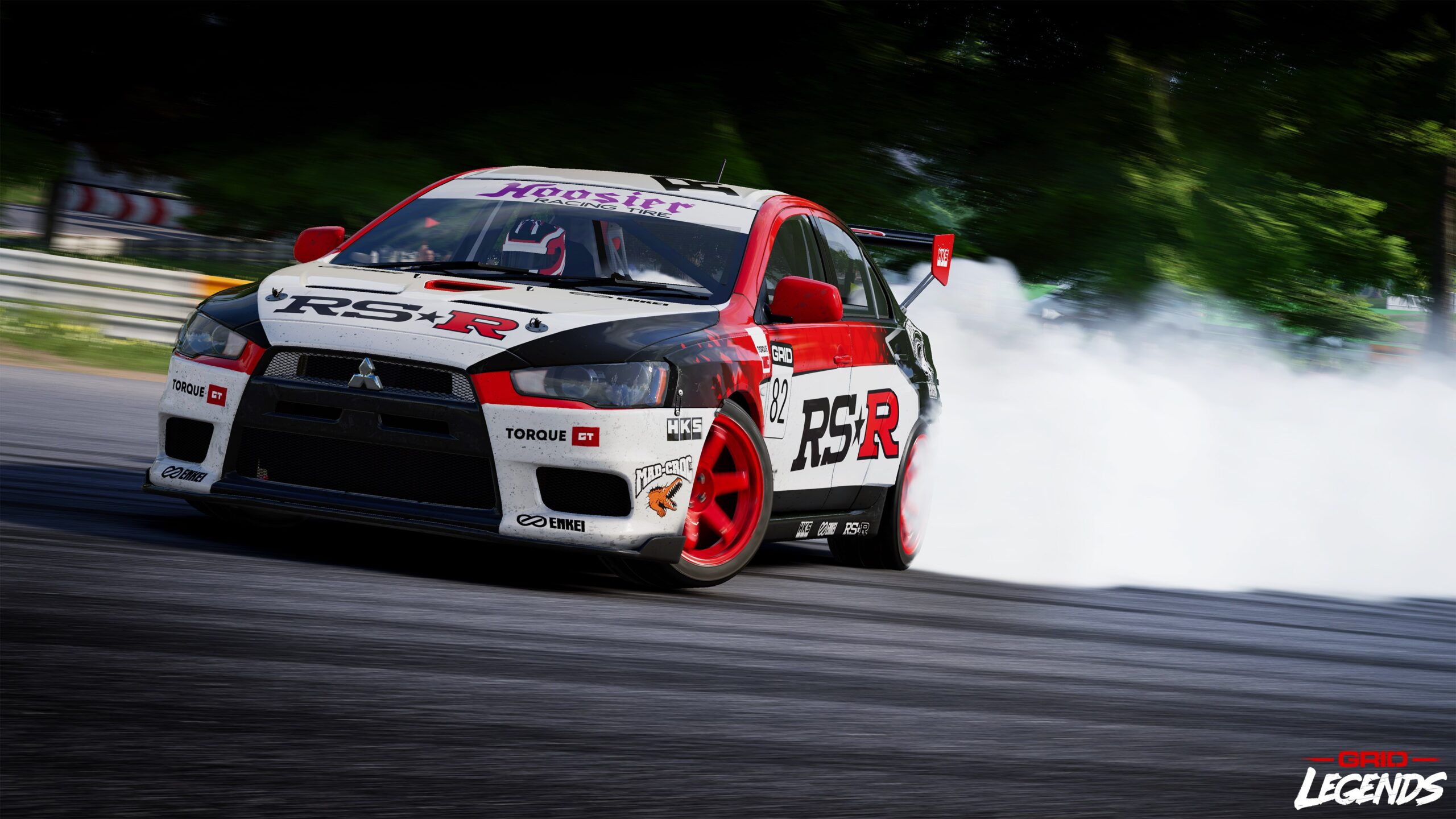 Yes, online is key in this game, and is where you can find a real sense of satisfaction, as you slam in to your friends time and time again, make them eat your dust, by any means necessary and then rub it in there face’s as you make them eat dirt.

With Grid Legends you can team up effortlessly and play with up to 21 friends in the most social and connected Grid ever, with full cross-platform play, allowing you to cause havoc across many relationships no matter where they are playing, and what they are playing on.

The handling is spot on for a racing game of this style, you really do feel connected with the tyres on the track

You’ve all heard of that making memories saying, well what are you waiting for, join your friends in an amazing variety of stunning cars, in new city locations such as London and Moscow, across exciting event types, there’s plenty of time and opportunity to make friends and enemies all around the world with this fantastic racer.

If your looking freedom of choice, Grid Legends has you catered for, with its Race Creator, which allows you to design adrenaline-fueled races and then share it with the world. You’re in charge, with event types such as Elimination, electrifying Boost races, the return of Drift events, and of course your standard Racing action that every gaming racing fan will be familiar with. 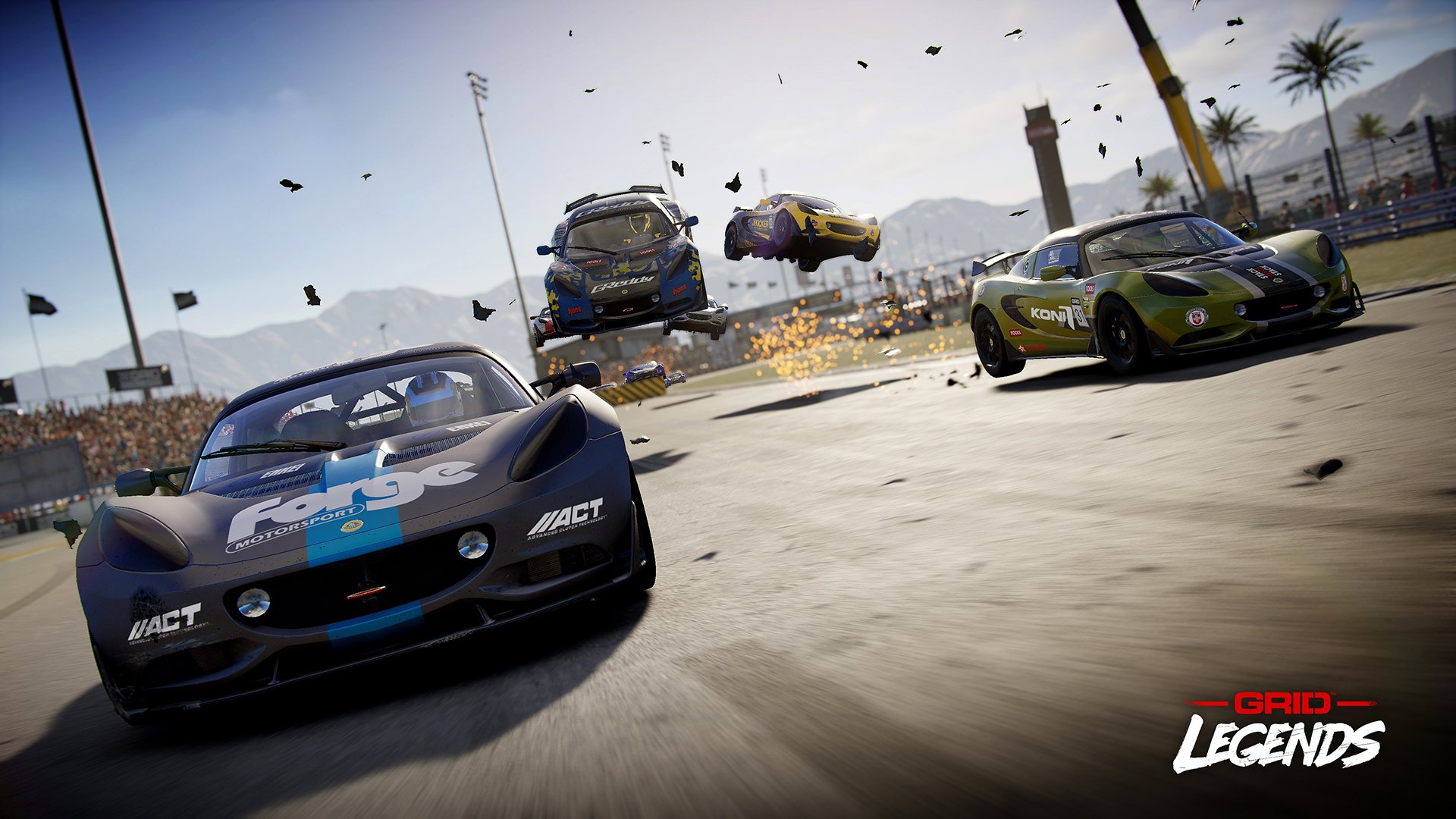 Grid Legends really has is all!

Want to race hypercars against huge trucks? Then go ahead.

Want to race online and have your main experience dominated via online, even in your so-called single player experience? Grid offers this.

Fancy a Story mode? Once more Grid Legends has you covered, as you embark on the spectacle of a dramatic virtual production Story “Driven to Glory”, with 50 different segments and races to play through as you become part of the story and Grid Legends history 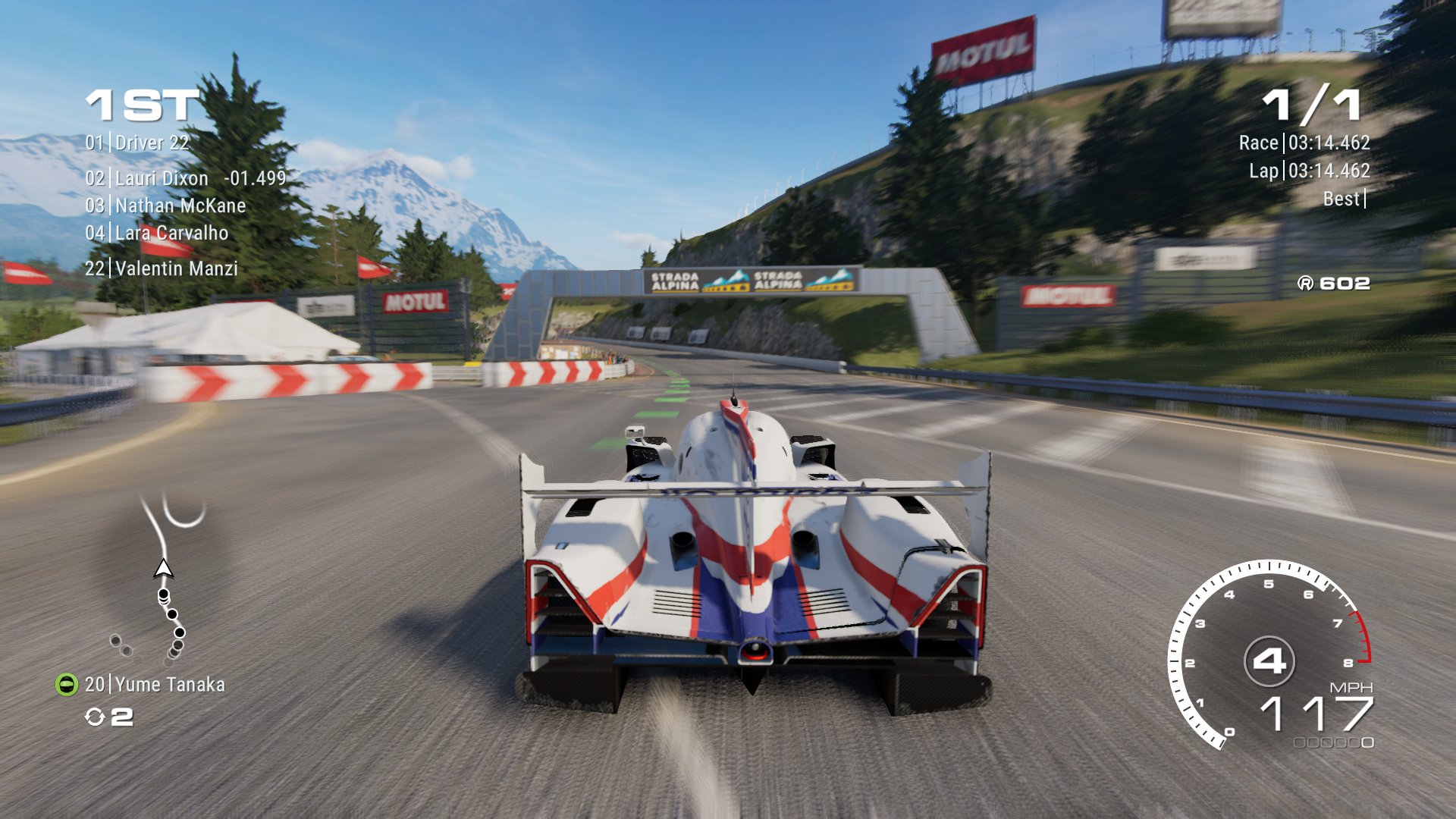 Grid Legends is literally packed with features and offers a true all round arcade experience, add to that it’s revamped in-race choreographer, and you get a race that is never ever the same. Unique AI driver personalities create unpredictable racing at every turn, which leads players to expect the unexpected. AI vehicles jostle for position and take risks to stay ahead, which makes for excellent racing and adrenaline pumped reactions. The living, breathing world can produce unpredictable moments such as crashes, engine blow-outs or cars flipping in front of you, it’s a joy to be hold and really adds to the atmosphere as you race for the line.

With 130 routes at launch of the game and the promise of more on the way, Grid Legends offers something for every type of racing fan, from real-life tracks such as Brands Hatch and Indianapolis, to the iconic city circuits of London, Paris and Dubai. 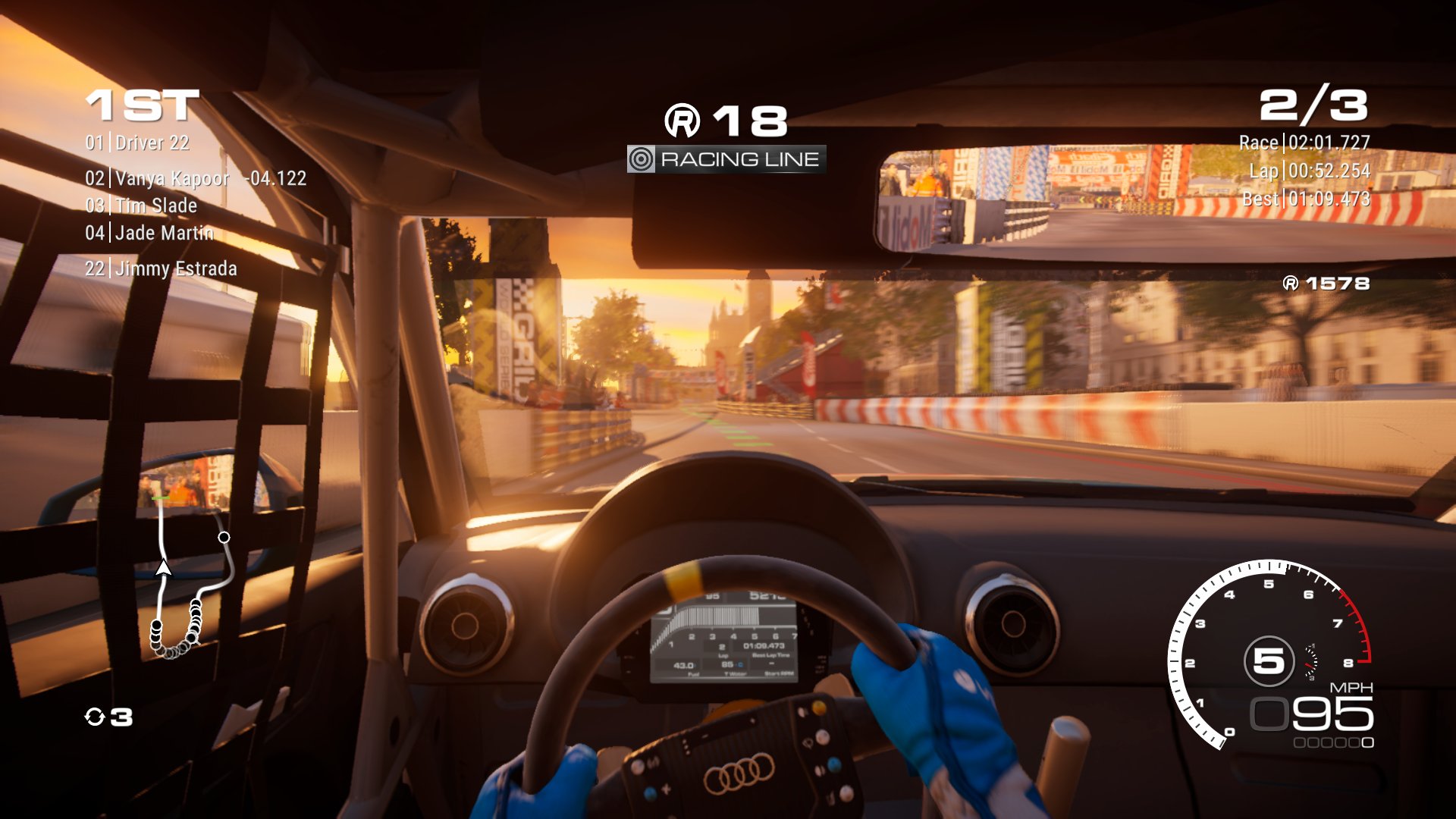 Grid Legends vehicle range is extensive, with over 100 vehicles all fully upgradeable and available to race, from classic touring cars to big rigs, single seater, to electrics and hybrids. The handling is spot on for a racing game of this style, you really do feel connected with the tyres on the track, and with everything going on around you. But it’s online where this game truly excels with its in-game race creator, which offers effortless freedom and connectivity.
The in-game Race Creator allows players to create their dream races with multi-class options, so vehicles such as stadium trucks can compete against compacts on a level playing field. There is also a randomiser button for those who want to get to the action quicker. Once created, players can host events online in private lobbies for friends or open it up to the global community. All multiplayer options feature cross-platform functionality, so friends and players can connect regardless of where they are playing.

‘Driven to Glory’ is a modern documentary-style story mode featuring live footage and driver interviews, on-track sequences and choreographed in-game events. The story follows Driver 22, an unknown on the circuit battling from rookie to GRID World Champion against established teams, including Nathan McKane from Ravenwest. The live content brings players closer to the action and features a diverse cast, including award-winning British actor Ncuti Gatwa.

If your still not sure about Grid Legends, then I’m pleased to say that there’s a 10- hour trial to sink your teeth into if you subscribe to EA Play or have Xbox Ultimate Game Pass, and should you choose to go with the Xbox One version of the game you will also have access to the Xbox Series X|S version via Dual entitlement