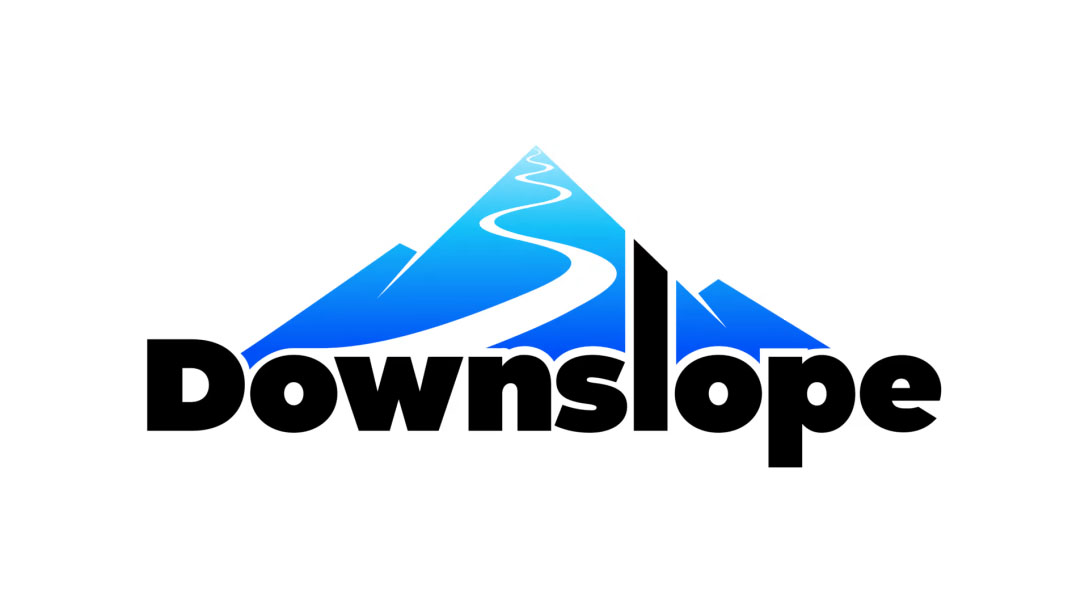 Downslope is a very simplistic, sometimes hellish snowboard game where your descent is split across various short levels from point A to point B. As you progress down the mountain through the various levels, things get progressively harder as your path will be peppered with trees and rocks or you’ll be forced to go at high speed in order to reach the finish line under a set time. 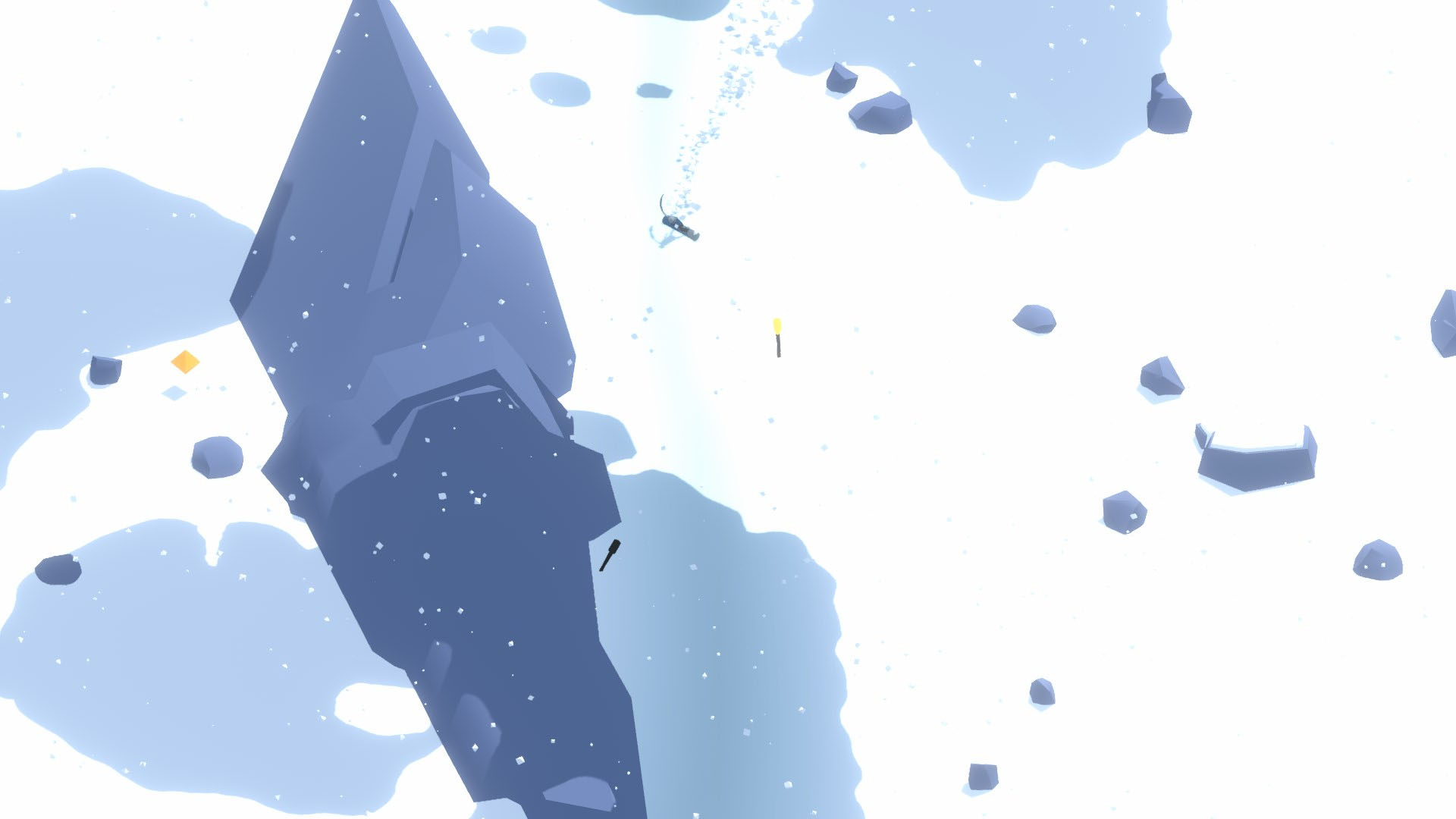 In order to unlock and progress through the levels, you’ll need to collect little golden nuggets. If at a certain point you don’t have enough of those, you’ll have to go back and replay certain levels to collect them. While this may sound very simplistic, the levels are surprisingly wide so it is possible to literally miss them all because they’re not on your path. On the flip side, some levels have golden nuggets placed in pain in the places like surrounded by rocks.

Thankfully, you can jump to avoid obstacles and dodge them. If you’re going too fast, you can brake and avoid trees and rocks. If you end up crashing, you’re not penalized, you just respawn not too far from where you crashed. But sometimes, if you crash where there are too many obstacles, the game will drop you in an area where you’ll repeatedly crash and burn until you manage to brake/jump to weasel your way out. 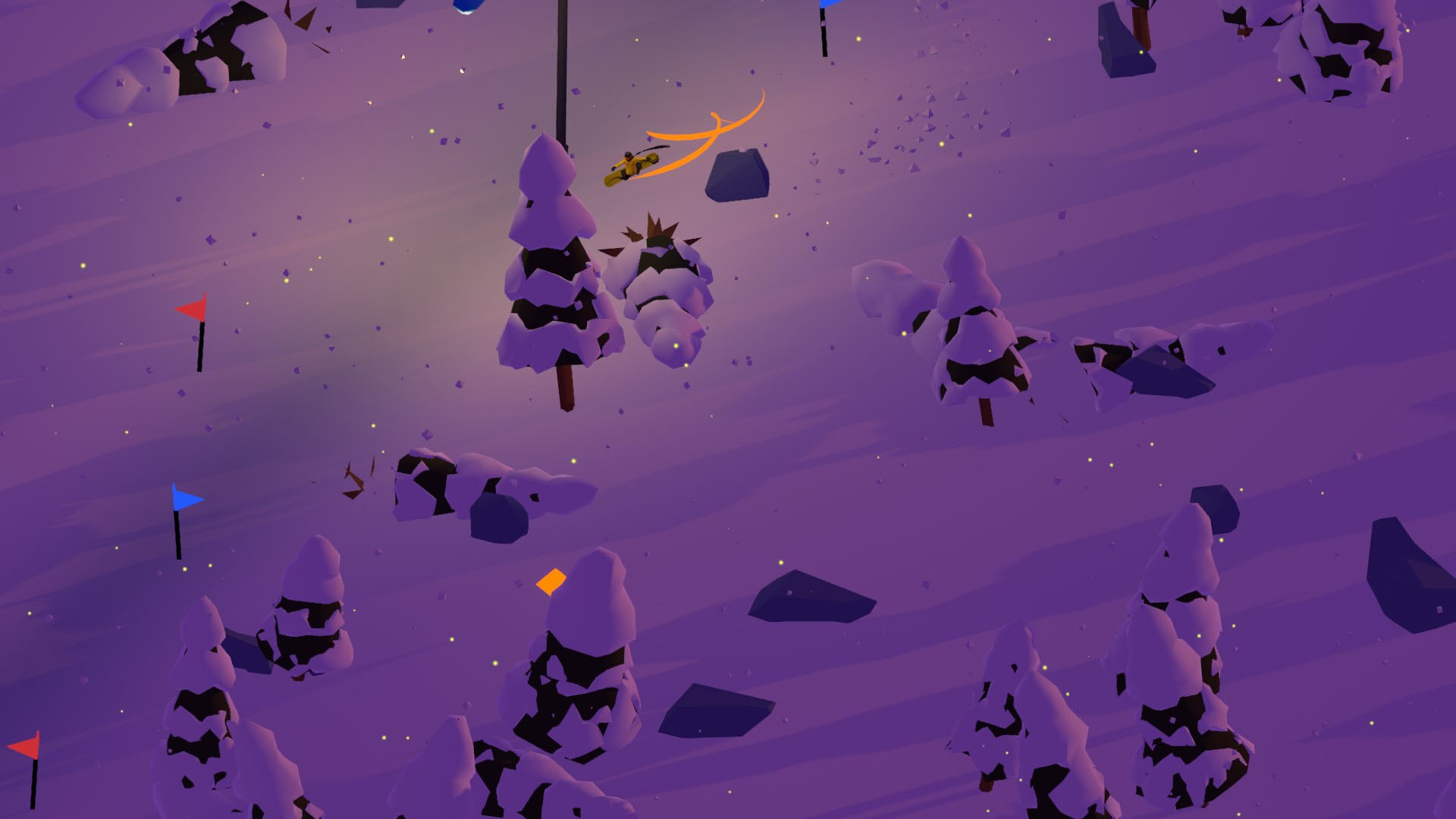 The game’s main issue comes from the core gameplay; it can get boring and repetitive pretty fast. Unlike other snowboard games like the SSX or Amped series, there’s no gameplay variety. You just go down small hills (a.k.a. levels) of a bigger mountain and avoid obstacles while picking up golden nuggets; no competitive mode, score attack, races, etc… aside from a basic 2 player racing mode. Also unlike Shred It!, the overhead point of view and in-between level interruptions it doesn’t make for a calming, relaxing experience.

Downslope looks good as a whole; each area of the mountain is uniquely designed and tailored for a proper challenge. Levels are proper colorful, but for some areas, it can become cluttered with too many obstacles and also can be problematic trying to spot your rider on the slope which can lead to completely avoidable crashes. The soundtrack is pretty ordinary to be honest; a relaxing piano-inspired score to accompany you down the slopes. 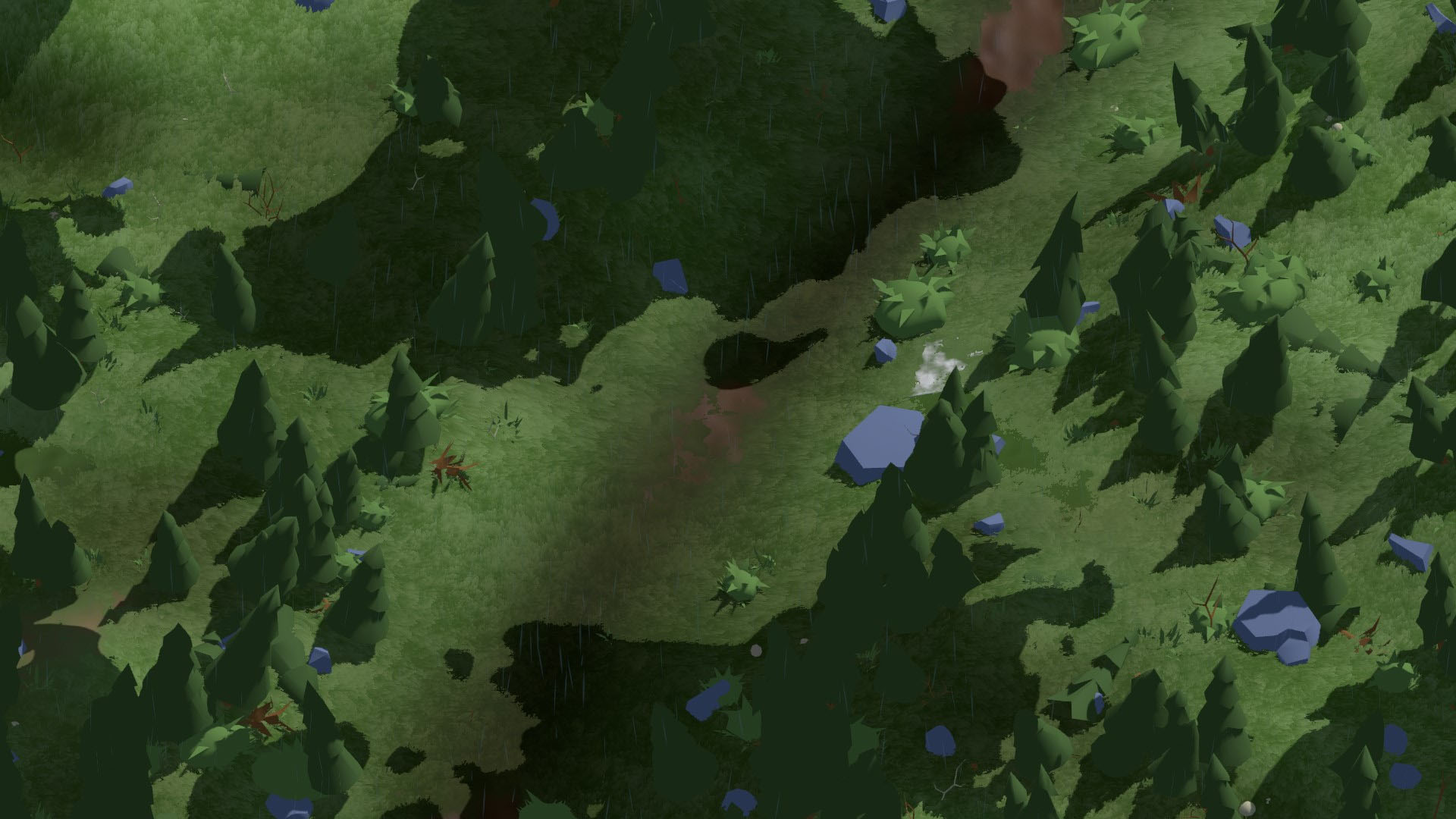 Downslope is a pretty meh experience; unlike other snowboarding games, this doesn’t feel fun, but more like a chore as you’ll spend your time trying to dodge obstacles instead of just being able to enjoy the ride, slope and speed. This is the type of game you’ll just play to have a few giggles seeing your character bounce around as he hits obstacles. This is an easy pass.