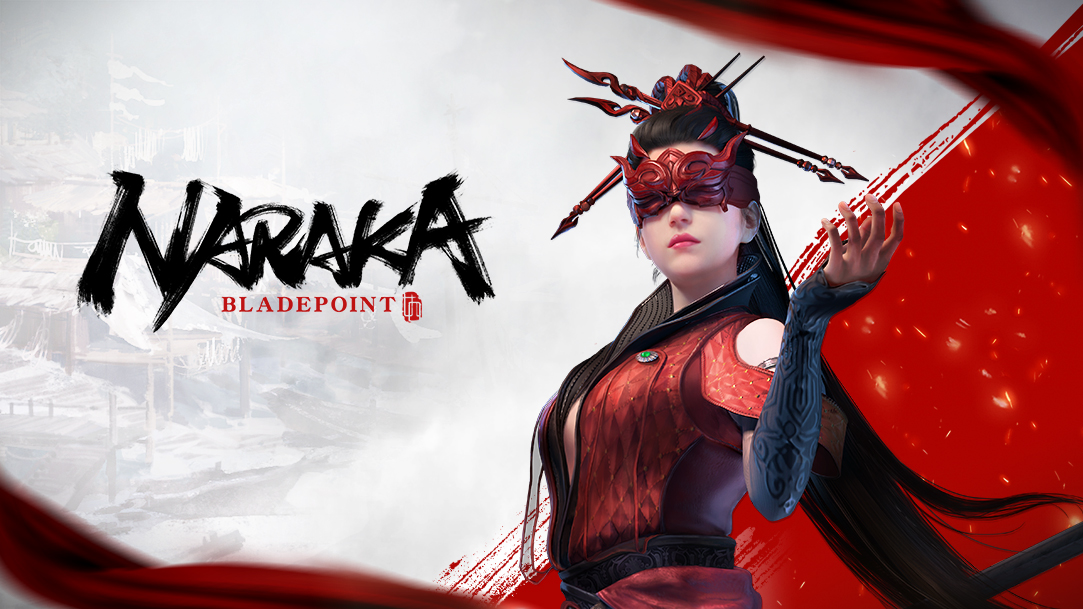 Naraka Bladepoint is a game I hadn’t even heard of until the Xbox and Bethesda showcase a few weeks ago. As someone who adores the battle royale genre, this was one of the more surprising and intriguing announcements for me personally. After the launch on PC last year, we see its debut on console with an arrival straight into the Xbox Game Pass catalogue. This marks not one but two BR games in one week for Xbox with Fall Guys also. Strangely, this isn’t a free-to-play experience and is a game that has to be purchased without a subscription. I find it very odd that any game stuffed with cosmetic purchases and battle passes can justify an additional price tag of buying the game, but here we are. Is this ninja-focused PVP too similar to all other games in the genre or does it set itself apart from the rest? Read on and find out. 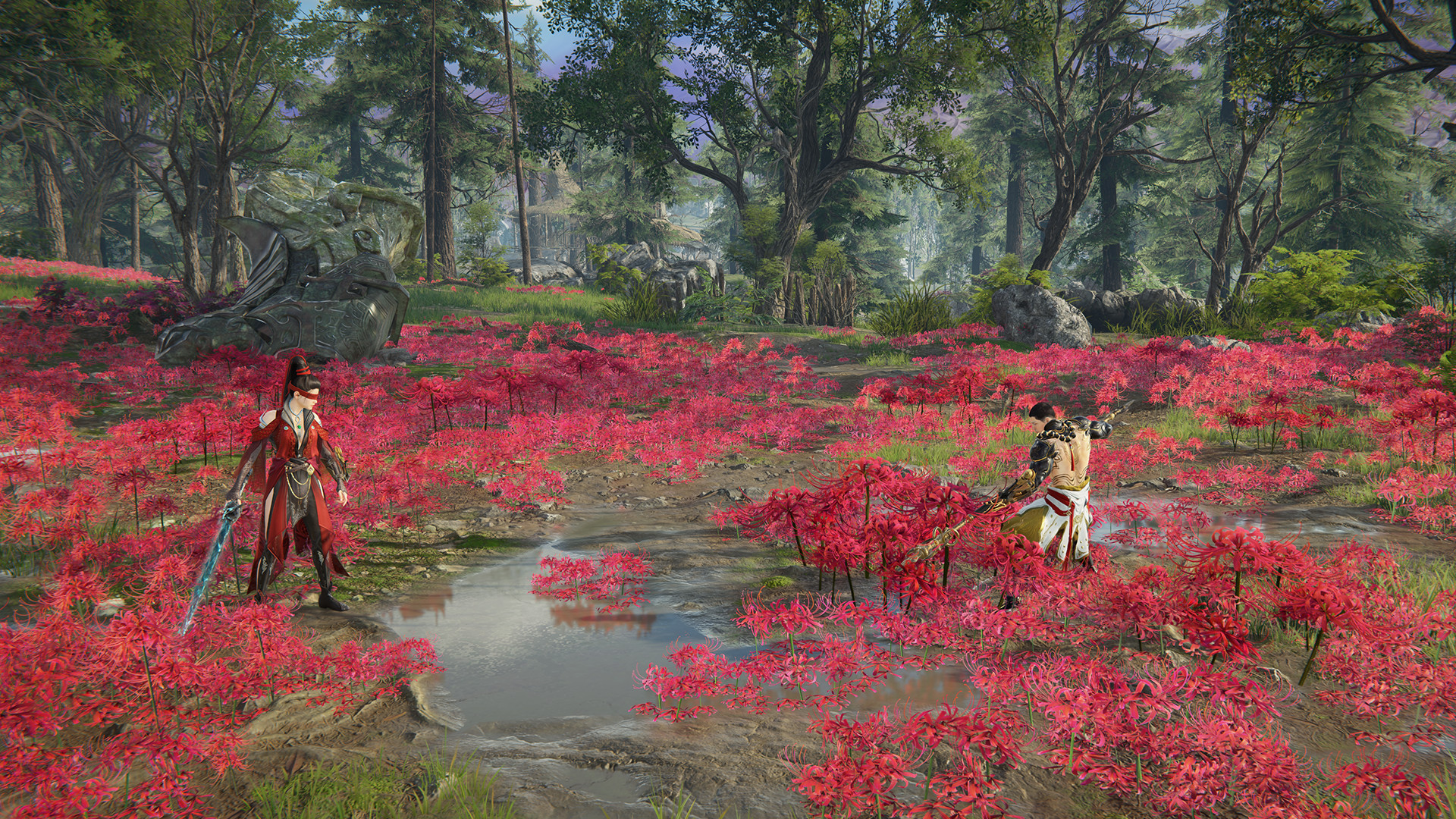 Naraka Bladepoint is a battle royale title primarily concentrated on melee combat infused with martial arts. Everything is played from a third-person perspective so if you’re a fan of Fortnite then you’ll feel comfortable with this one relatively quickly. Those who thrive off first-person shooters may be instantly turned off or find it a little longer to bed in with the atmosphere here. It follows the same structure as the majority of battle royale games in its matchmaking. Solos, duos and trios make up the meat and potato of the game’s offerings, but there are special events and twists on the standard modes. It has all the elements of everything you’ll be used to, dropping into hotspots, the closing ring of impending death and just trying to survive to be the very last fighter. It became almost instantly apparent to me that this game is unique in its very own right and comes across as vastly different.

A lot of battle royale adventures follow the same premise of drop-in, loot, kill and survive. Naraka Bladepoint is extremely fast-paced in comparison. Of course, you can play however you want, but if you don’t get stuck in and engage in the conflict then you’re likely to be slain off in the early part of the game. Here it is all about planning, surveying, inventory management and prior preparation to ensure you are well equipped for a face-to-face scrap. Trust me when I say that you’ll need to go nose to nose with enemies as quickly and efficiently as possible to stand the best chance of coming out alive. 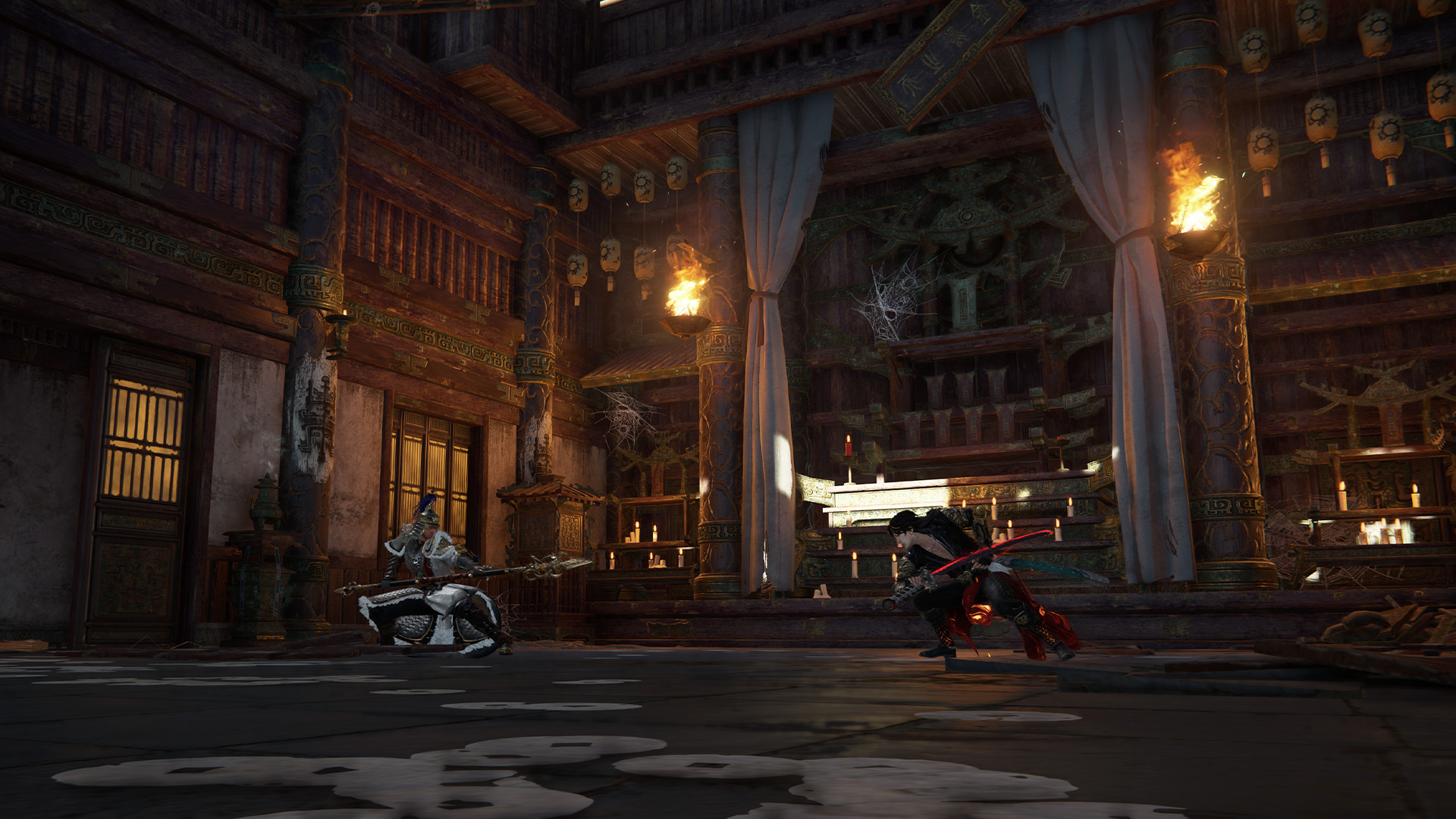 Starting out on Naraka Bladepoint eases you in gently with a short tutorial. I always advise anyone to take the time to play through these hand-holding moments since they will introduce you to the basics, navigation and how to utilise skills and attacks. Shortly after this, you’ll be prepared to jump into the gameplay and get going. Don’t be drawn in by how good your performance is in the first few rounds as the lobbies are full of bots. I was amazed that I scored 17 kills in my first match which was almost a third of the player base, only to learn that they were AI enemies. There are a few games that use this method, Spellbreak, PUBG and Fortnite always fill empty slots with bots.

There is no diving in from the sky on a parachute here, you’ll pick an area on the map where you want to spawn. Hot areas filled with higher rarity loot are marked in yellow shaded areas. I tend to avoid these as this is where the majority of players will be rifling through dwellings and open areas kitting up quickly. Weapons follow the same traditional method of being colour coded to represent their power value. Green, blue, purple and gold are the ones on offer and if you find anything gold then you’re at a real advantage. Weaponry has a plethora of options with daggers, swords, longswords, crossbows and even canons and low-range guns. Using the weapons that require firing at someone requires precision and accuracy which can be tough with ultra-fast movements. That said though, these are a great way to shred the armour off an opponent and then go in for the kill with your sharp melee ambushes. 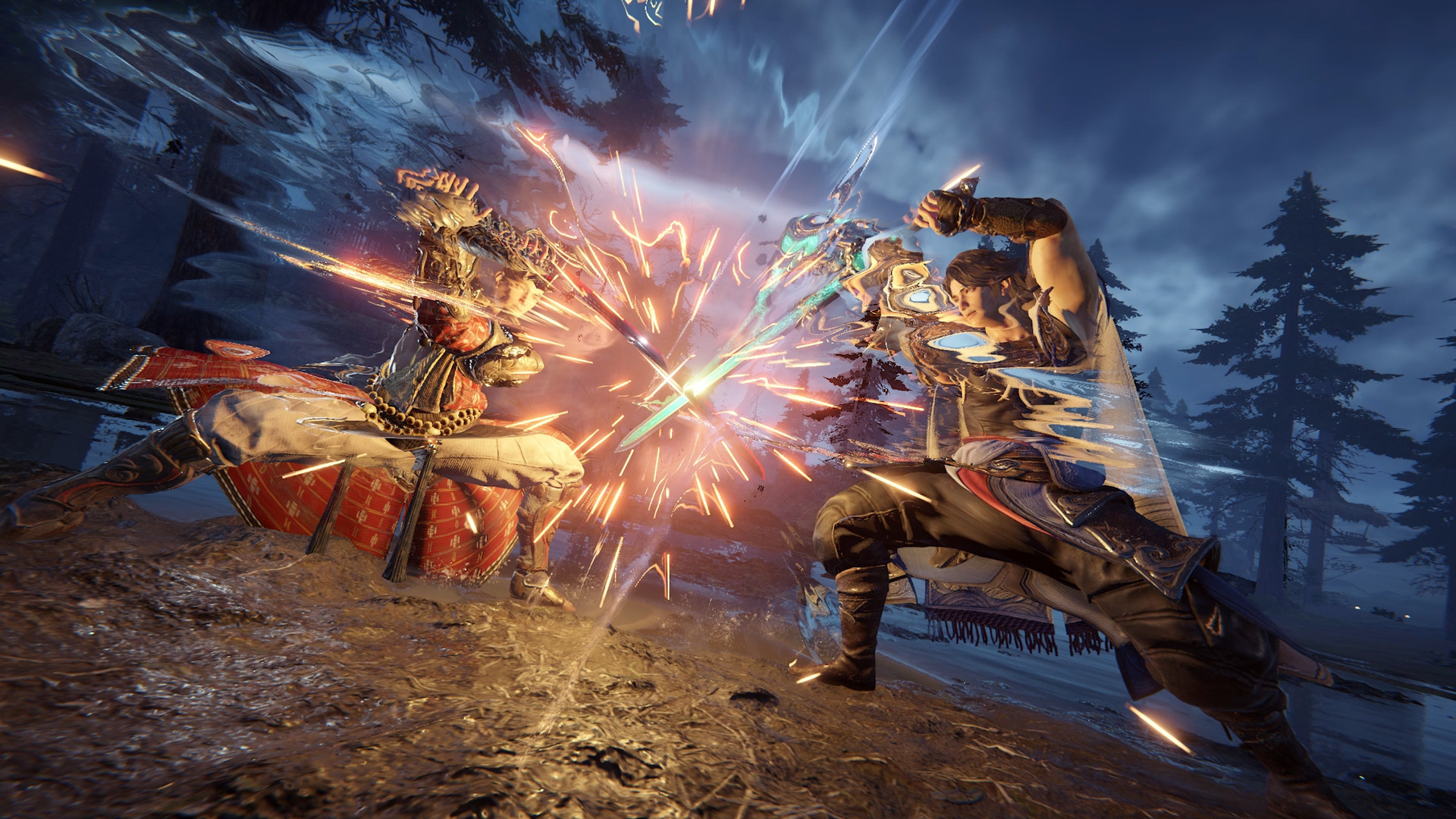 As always with any game of this nature, it is packed with cosmetics which can be accumulated through gameplay progress or paid for. Sadly Naraka Bladepoint is absolutely rife with gear that you can buy. It is all obviously cosmetic for the majority, but negotiating the menu system was more mind-boggling than actually adapting to the game itself. No matter which way you turn on the menus, it was always trying in a subtle way to coax you into spending money. There is a generous battle pass system and even gamers who don’t want to spend money will be rewarded every tier. The game does kind of makeup for the consistent holding their hand out for revenue by giving the player plenty to do to obtain freebies. Daily, weekly and seasonal challenges are all there with levelling up for every character, weapon and even an overall rank.

There are several characters available with some needing to be unlocked. Each is unique in terms of appearance, clothing, skills and more. I’d liken this to the characters in Apex Legends, all with individual personalities, voicing, movement and how they play. Naraka Bladepoint is exactly the same in that respect and it was fun to dip into trying each ninja to see what their special move is and the different skills they can deploy. Each has its own skill tree that can be progressed on and skills can be swapped out with a choice of three. If you’re unsure then there is an on-screen presentation displaying what each one does. 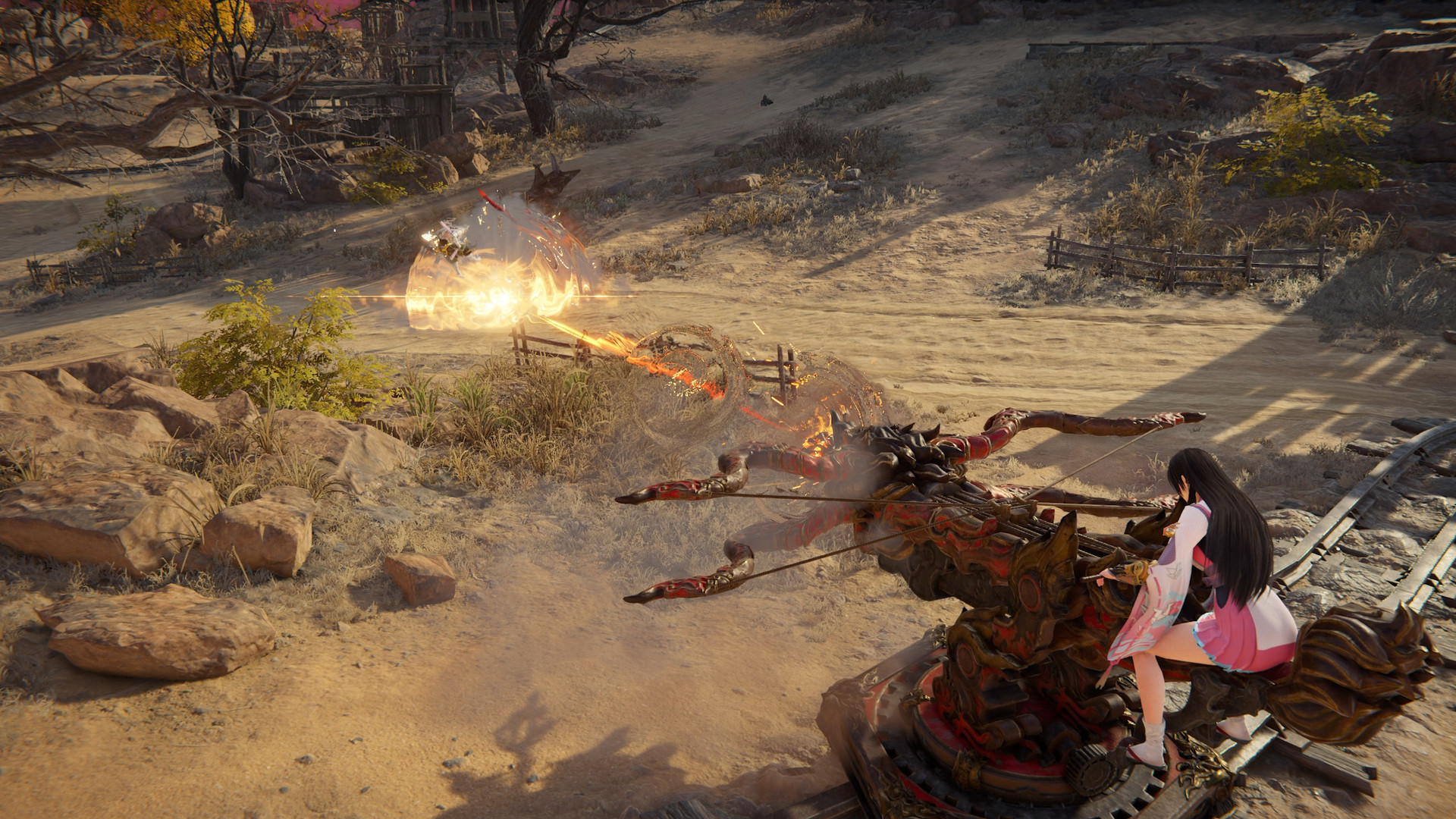 In the looks department, Naraka Bladepoint isn’t the most outstanding when you pit it against others. I wasn’t quite sure what resolution it ran at on Xbox Series X but the draw distance and lighting appeared a little dull and washed out. It wasn’t a huge issue but after coming from playing something as crisp and pretty as Fortnite, it’s noticeable. With it just dropping onto consoles it probably could do with a little optimisation work to further enhance the experience. Don’t get me wrong though, the graphics still look nice especially when you’re in a sword fight with two or three others with sparks and swathes of magic flushing across the screen. The map and setting have a tinge of Ghosts of Tsushima look and vibe to it with plenty of forestry and buildings to traverse with your trusty grappling hook. I especially loved the range of colours when it came to the trees scattered around. Some would have red, amber and green leaves which made the environments less repetitive and great to run through and survey.

The soundtrack and menu music has an oriental mood and touch which blends in nicely. The audio quotes from characters and the in-game narrator all come across clear and concise and hit the spot where needed. On occasion you’ll see a giant dragon emerging from the sky, a waterwheel detaching and rolling down a hill and the thrash of an enemy as he comes towards you. These are just some of the sporadic yet cool moments you’ll encounter in games. All these sound effects are outstanding and are impactful with surround sound headphones on. I did experience a few audio bugs however where I’d lose all volume completely apart from the odd sound. Alongside this, footsteps weren’t quite matching where I was hearing them on rare occasions. This happened probably twice out of 15 or so matches so whilst it was frustrating when it did happen, it should hopefully be patched soon. 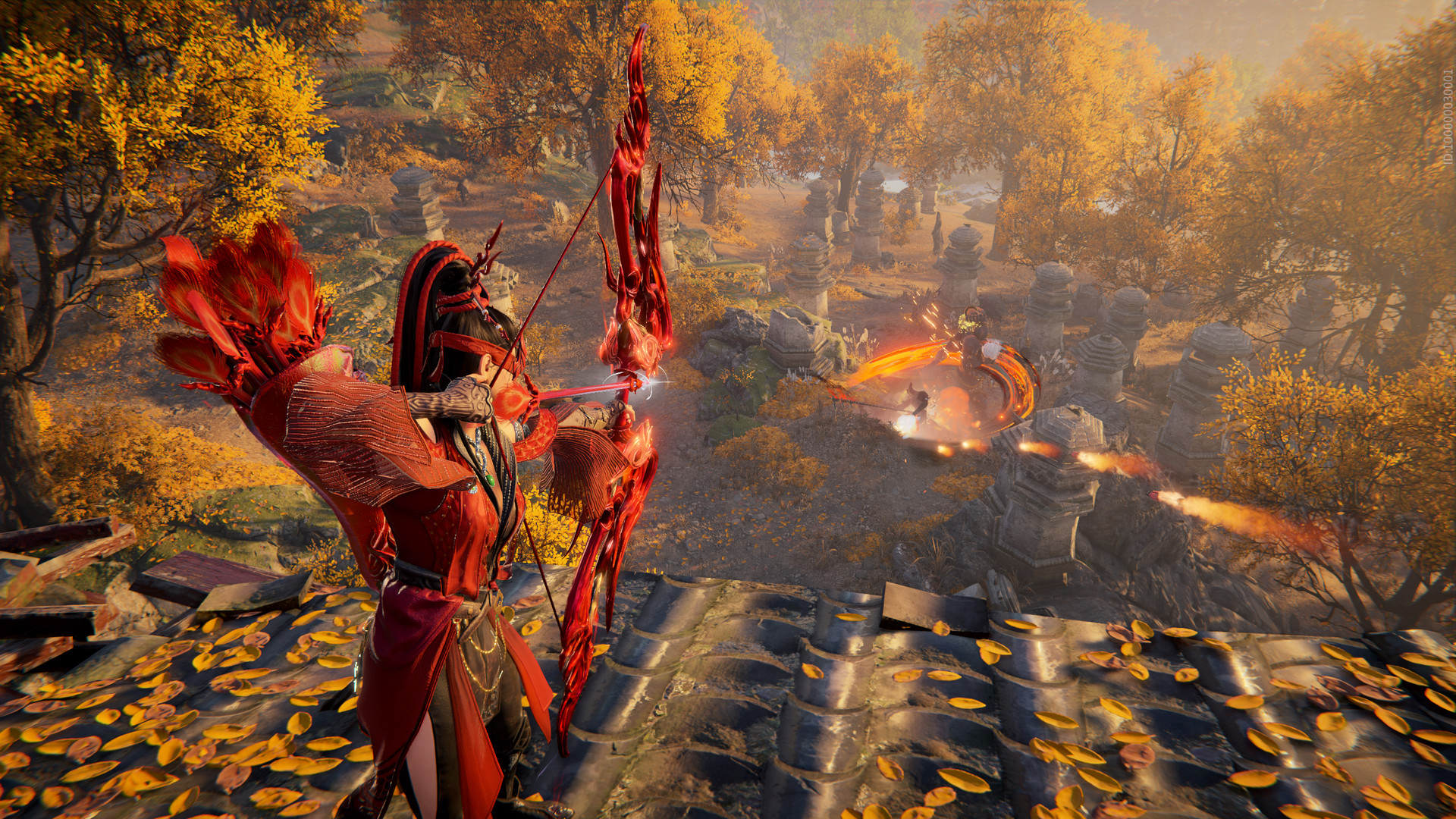 Naraka Bladepoint has the biggest learning curve of any battle royale game I’ve ever played, yet it is the most satisfying and rewarding when performing well. It is a mechanically solid and enjoyable experience mostly with some clunky bits and bobs here and there. The game definitely grew on me as time passed by, but sadly I think the majority who play this will drop out fairly early due to needing to absorb and continually learn. Whilst the menus and everything else appears a little complicated at first, you will get used to everything and I found the learning process very enjoyable. As with anything in life, it is much more fun with your friends and I had some exceptional matches with random players with their comms switched on.

What is keeping me severely addicted to Naraka Bladepoint is the want and need to better myself at the game. You always feel like you can improve your performance and with the flexibility of movement and engagement against enemies, there are endless and spontaneous incredible moments. It’s the first game in a long time I’ve hit the record clip button on my controller several times in every session because something amazing occurred. If you’re on Xbox and have a Game Pass subscription, it is absolutely worth your time and patience to bring out your inner ninja!