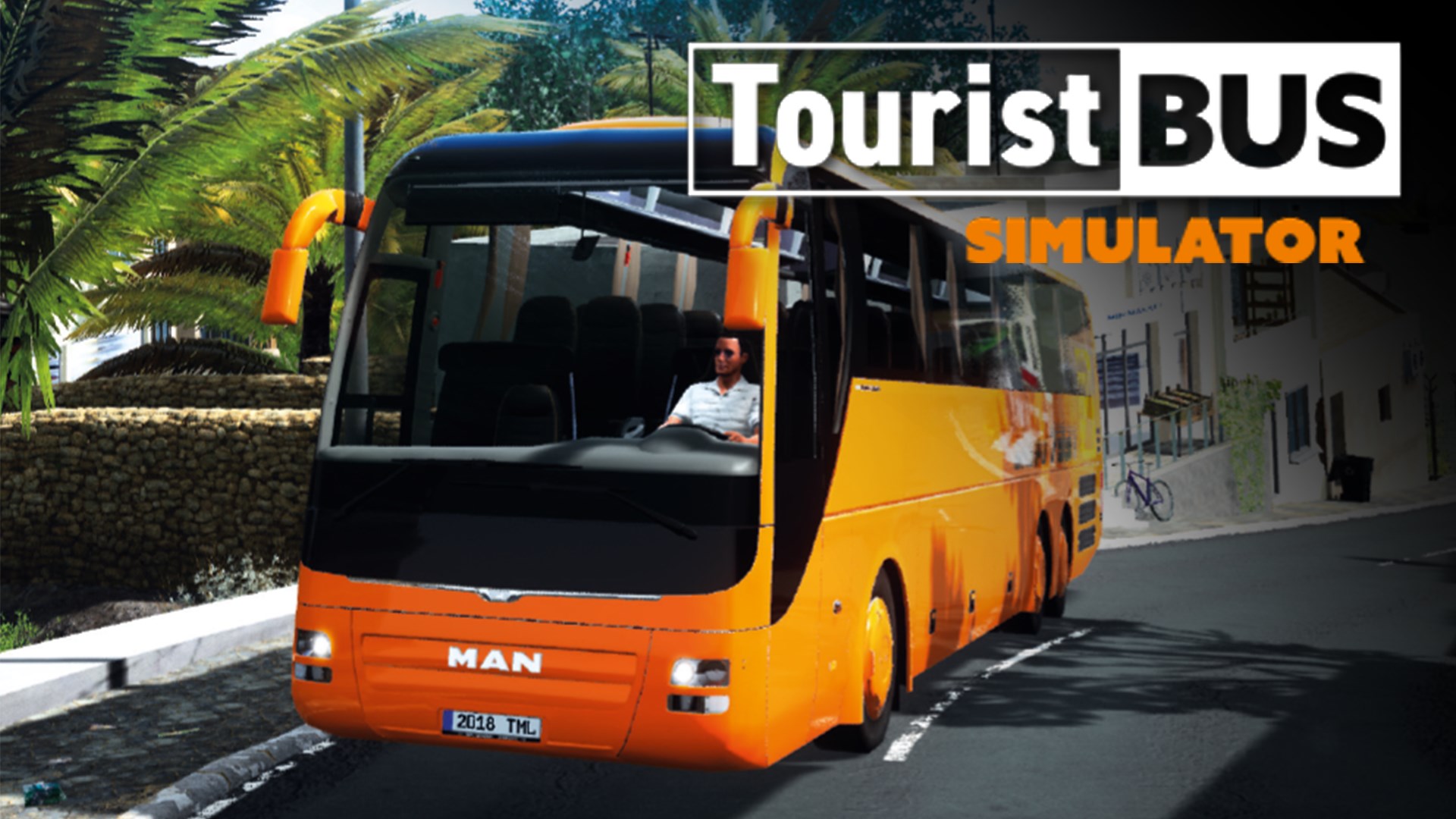 With a huge array of simulator games from power washing to showering with your dad, there is always a sense of intrigue surrounding experiences where you can conduct real-life tasks. The bus simulation genre became quickly popular around seven years ago. There was suddenly a huge abundance of YouTube and streamed content from big influencers focusing on these adventures, simply driving around inner-city and suburban areas running your own bus company. After four years on the PC platform, Tourist Bus Simulator eventually lands on the Xbox platform. Developed by Zero Games Studio and TML Studios and published by Aerosoft GmbH, you now have the opportunity to jet to the iconic holiday of Fuerteventura. Here you’ll be responsible for your very own bus company and reliant on the tourist climate to boost your business. If you’re a fan of Bus Simulator and Bus Simulator 21 which have featured on the Xbox platform previously, then you may just want to keep reading. 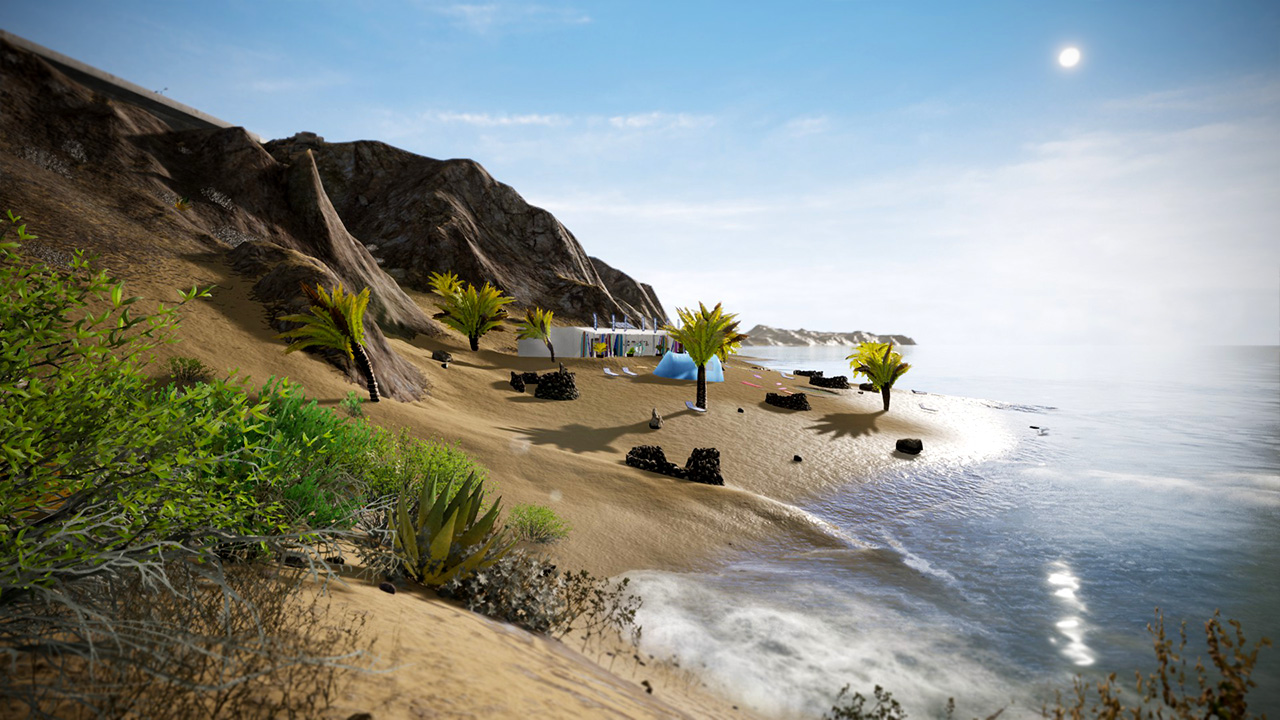 Starting life in Fuerteventura, you’ll be picking up the keys to start life running your very own bus company. Be prepared for the long haul as there is a very intuitive tutorial which will guide you through how to get started. You aren’t just thrown into the front end of a bus and told to drive. You’ll be shown how to purchase buses, set the routes you cover, how you hire and deploy staff and negotiate your work schedule and calendar. It doesn’t ever really feel like a tutorial but more of a hand holding exercise through the process and function of managing your business. Opening up the map I was surprised at simply how vast in size it was. The entire island is present and features 20 cities and beaches with all roads, dirt tracks and unmarked roads intertwining them together. Now I’ve never been to Fuerteventura, but I’d imagine the development team has ensured that the landmarks and horizons are as true to life as possible. After around five hours, I finally completed the tutorial and was left to my own devices. 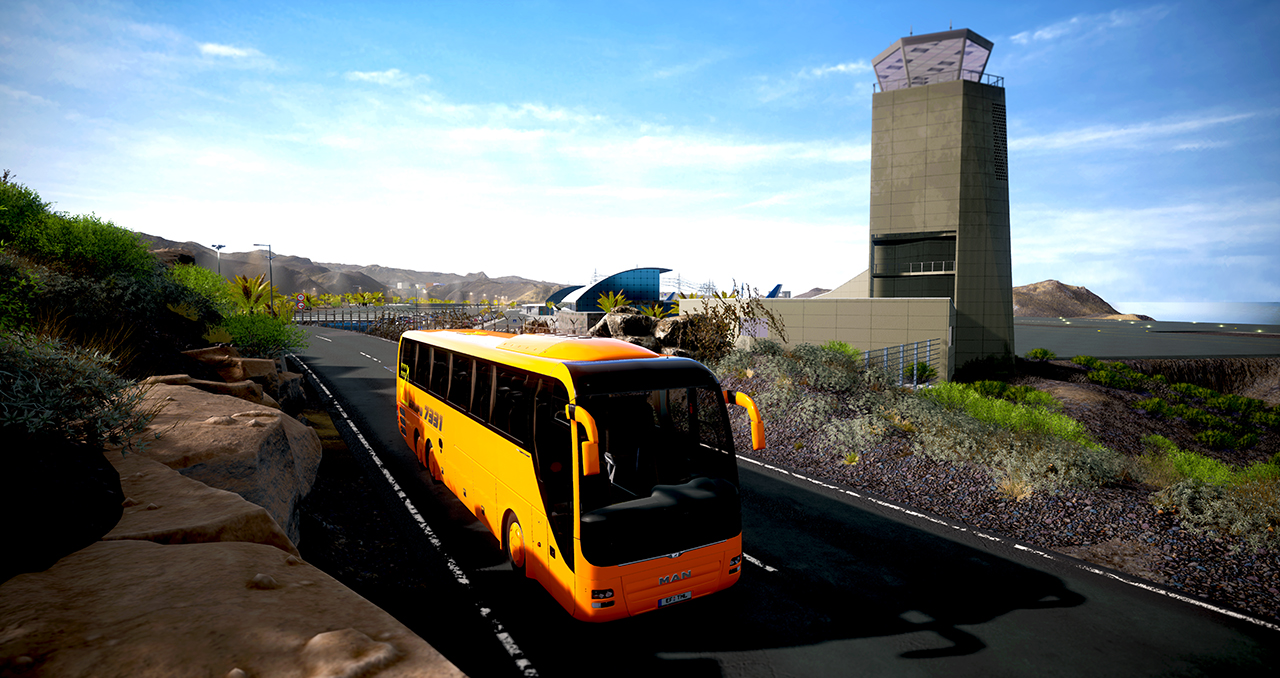 The most paramount and important factor of a simulation game with driving involved is obviously the driving mechanics, thankfully it all appeared pretty solid in this area. You have to be mindful as ever about your manoeuvring and how you navigate the roads. Damage to your vehicle fleet will incur a cost from your revenue as you’ll need to maintain repairs. Run through a speed camera over the speed limit and you’ll be expected to pay the cost of the fine. Again, it is totally up to you if you want to adhere to the rules of the highways or drive however you want. I took great pleasure in taking my own car for a spin between driving buses and going as fast as possible. The result was almost $1000 in fines and flipping my vehicle onto the roof.

The majority of the gameplay outside of looking after your booming bus business is simply driving your fleet of buses on several routes that you can choose. The contract offers come in thick and fast when you establish your reputation. Be mindful and cautious of what you’re accepting though as you’ll need staff and functional vehicles to consistently cover the routes. Don’t turn up for a job and you’ll quickly find contracts being pulled. There are different types of routes to choose from when it comes to transporting passengers around the island. You could simply choose trips that are focused on getting people from one end of the island to the other. You’ll also want to capitalise on the tourist market by taking them from the airport to the hotel and offering sightseeing tours around the island provides an opportunity for growth. 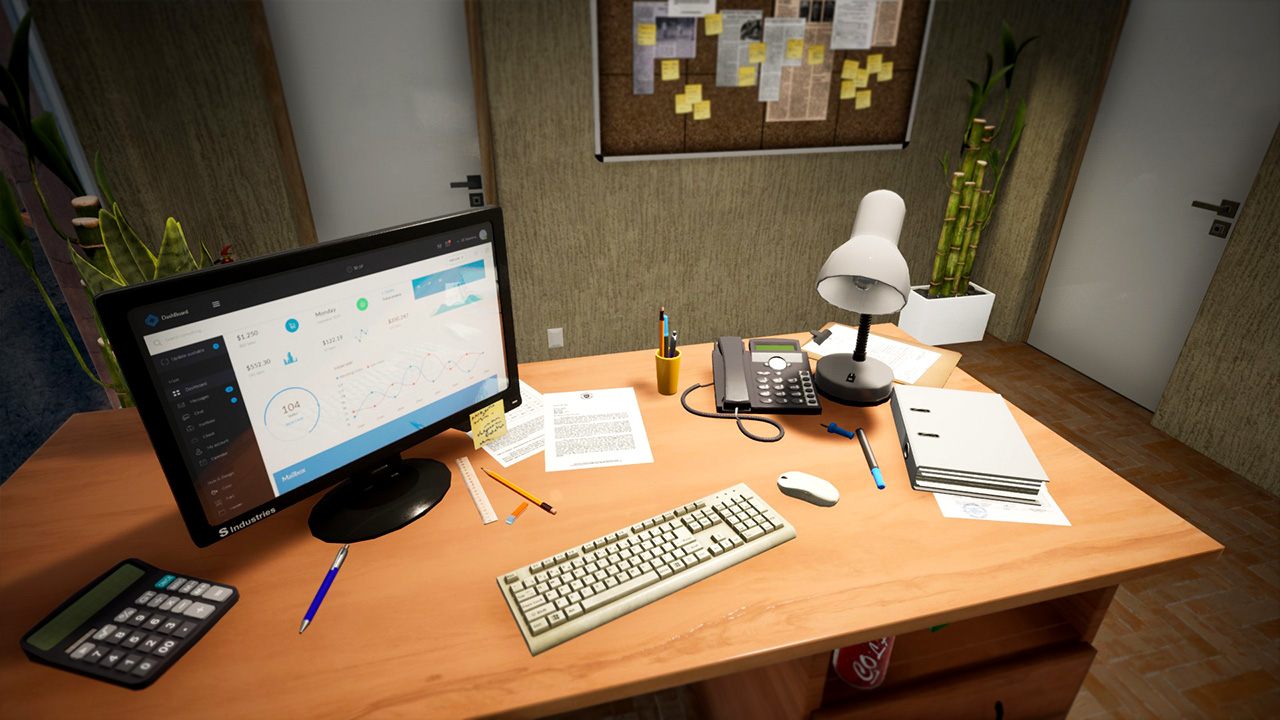 Many may just want to dip into a bus simulator title for the interest in buses and the driving, I became quickly engrossed with other aspects. The obsession with keeping one eye on finances and the other on your fleet and routes becomes quickly addictive. You’ll start the game with around £200,000 which is enough to get you going with a few buses and minimal staff. If this isn’t enough cash then bank loans are available, but be wary of your dedicated repayment plans and other running costs. The fleet of buses will need consistent and constant maintenance as they gain wear and tear, damage and rack the miles up. The responsibility is also yours to keep your eye on insurance payments and select different types according to your requirements.

Staff management is also a fun factor of the game. You’ll be able to purchase property and have some limited interior design options, you can sort this accommodation for your staff members across the length of the island. Recruit drivers, tour guides and mechanics as your empire grows from strength to strength. You can even sort out gym memberships for staff and ensure they relax in their downtime on the plethora of beaches and bars. Aside from this, you can also manage stock levels of onboard snacks and drinks and even WiFi for your customers. You can spend hours looking at screens of analytical data of where your money is coming in and going out, staff wages and much more. 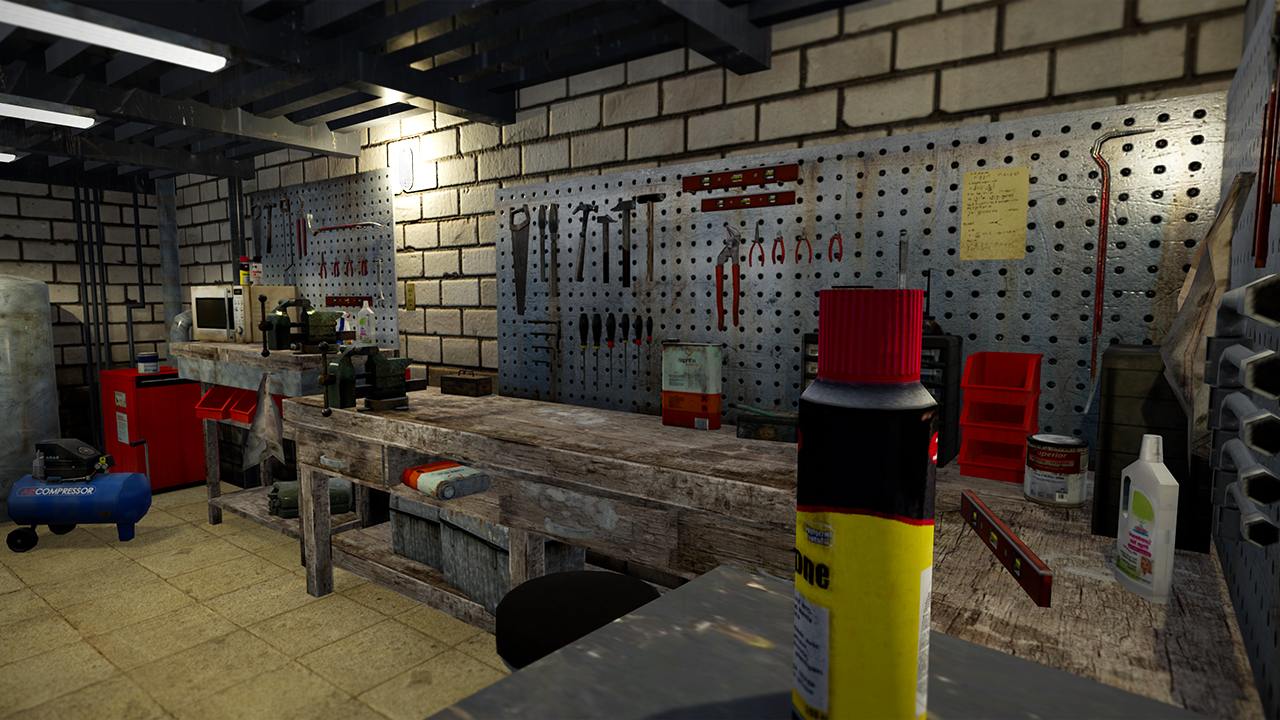 The visual department is probably the biggest letdown in Tourist Bus Simulator. If you have played previous titles in the genre, you’ll immediately become accustomed to the overall look of this game. Whilst the map of Fuerteventura is pretty vast in size, it, unfortunately, doesn’t look pretty. Graphics look basic and akin to aesthetics you’d experience on an early generation Xbox One. Passengers look and function almost robotic-like, all walking with the same posture. When your customers have boarded and you look around the bus’s interior, you’ll immediately realise that little work has gone into the character modelling. On one small minibus, I experienced three male passengers with exactly the same face, clothing and hairstyle. Often I saw passengers disappear into the ground or vanish completely whilst gazing from the windscreen.

There’s some good stuff here though. Lighting seemed exceptional, especially when it came to the day and night cycle. Sunlight can beam through the windscreen and really hamper your vision whilst driving in the dark bringing a new wealth of challenges to how you go about the roads. Road signs and markings are clearly marked out and buildings were well illustrated. Often in sim games, you see repeated building types but everything appeared unique here.

Audio is a fairly minimalistic factor in Tourist Bus Simulator. I was fairly impressed with the woosh sound as cars passed by on the busy high-speed roads. Everything else was as expected, crashes, engine running and horns all did the job. Driving around just got a little stale to the point where some radio music would have been appreciated even if it was unlicensed music on a low volume, it would have added to the atmosphere. 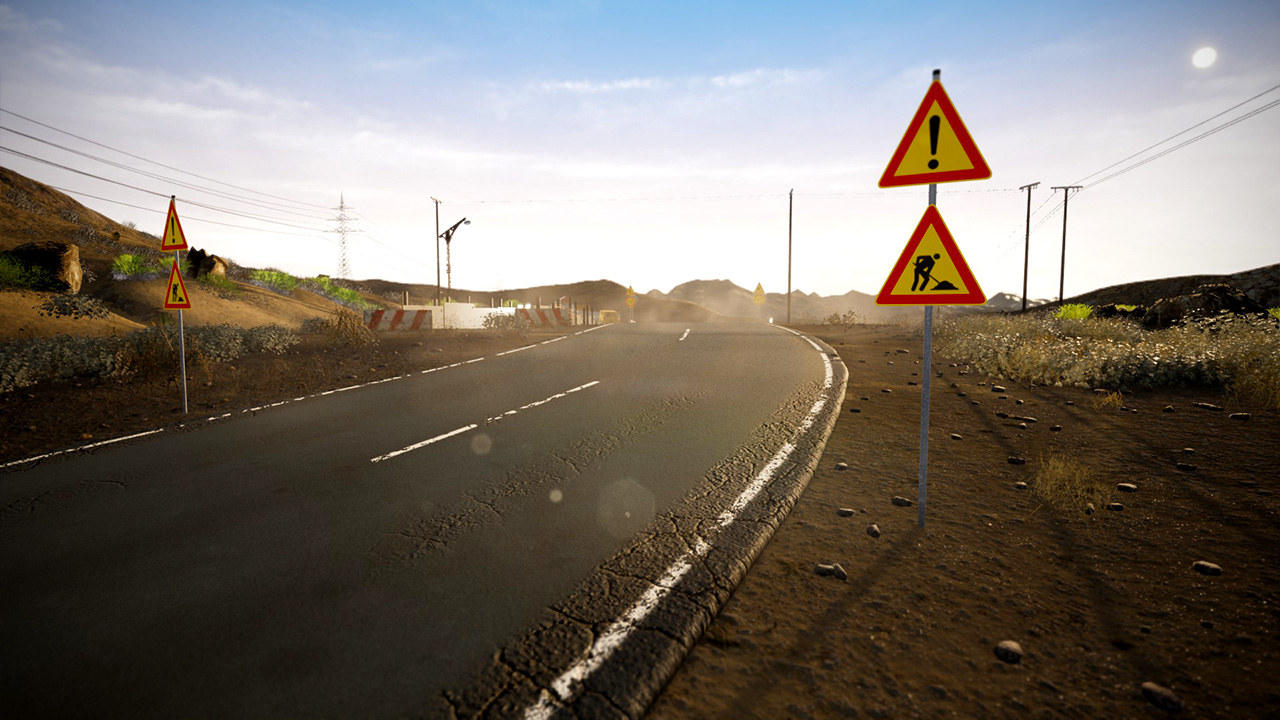 You soon realise that there is much more to Tourist Bus Simulator than just ferrying passengers from A to B. It can be an endless experience if you really want it to be, there is no ultimate goal and a deep, rich and engaging management experience. The choice is in the hands of the player, whilst I enjoyed completing the driving elements of the game, I became quickly drawn in by buying and selling buses, hiring and managing staff and purchasing property and stock. The lack of variance in character models and some of the bugs here and there knock the overall experience down a peg or two, but there is a solid playable package here. Whether you’re a bus enthusiast or someone who love simulator games and has played previous Bus Sim titles, you’ll have a blast with it.