As a gamer I like to play a mixed bag. Yes, I love my triple A games, my shooters, my racers, and of course my love for sports titles, but I do like to mix things up a bit.

During my early days of gaming, all I ever played was platformers, so it’s always refreshing to come full circle and relive these types of games in a modern format.

Indie games often provide the right experience for dipping your toes in, and the good folks at Fat Panda Games, with thanks to Ratalaika Games, often provide an experience based on fun, sharp, and unique art style adventures.

The name Flat Kingdom may ring a bell, as the game was previously released via Steam on PC, several years ago. Flat Kingdom Paper’s Cut Edition was well received across the gaming board, with scores of 8 out of 10 the norm. Thanks To Ratalakia Games, us Xbox gamers get to experience the delights of the wonderful world of ‘The Flat Kingdom’, a stunning 2D created world, that was once peaceful, but now threatened by an evil thief, evolving into a new 3D Landscape. 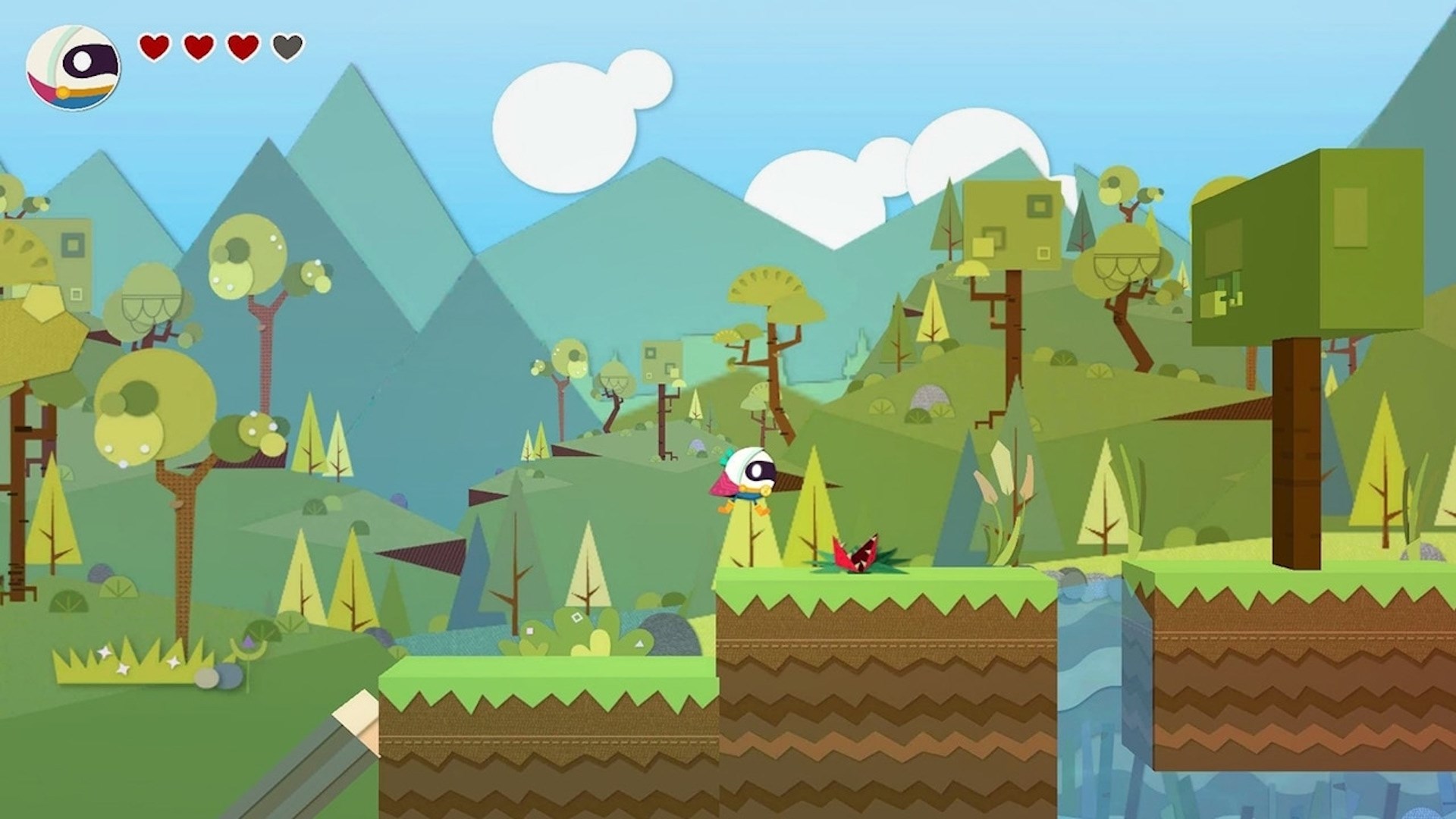 Flat Kingdom can only be described as an action platformer, combining combat with
puzzle, to form a unique style in which you must switch shapes in order to gain different abilities to progress. Similar to the likes of Rock, Paper, Scissors, in which each shape thrown beats it’s opposite number. Sharp triangles will defeat soft circles, heavy squares eliminate fragile triangles, and the squishier shapely circles triumph over slower squared angles.

The Enemies and puzzles you encounter in Flat Kingdom Paper’s Cut Edition, can be overcome using the correct shape and strategy, so it’s best to observe and then come up with telling solution to defeat and progress. 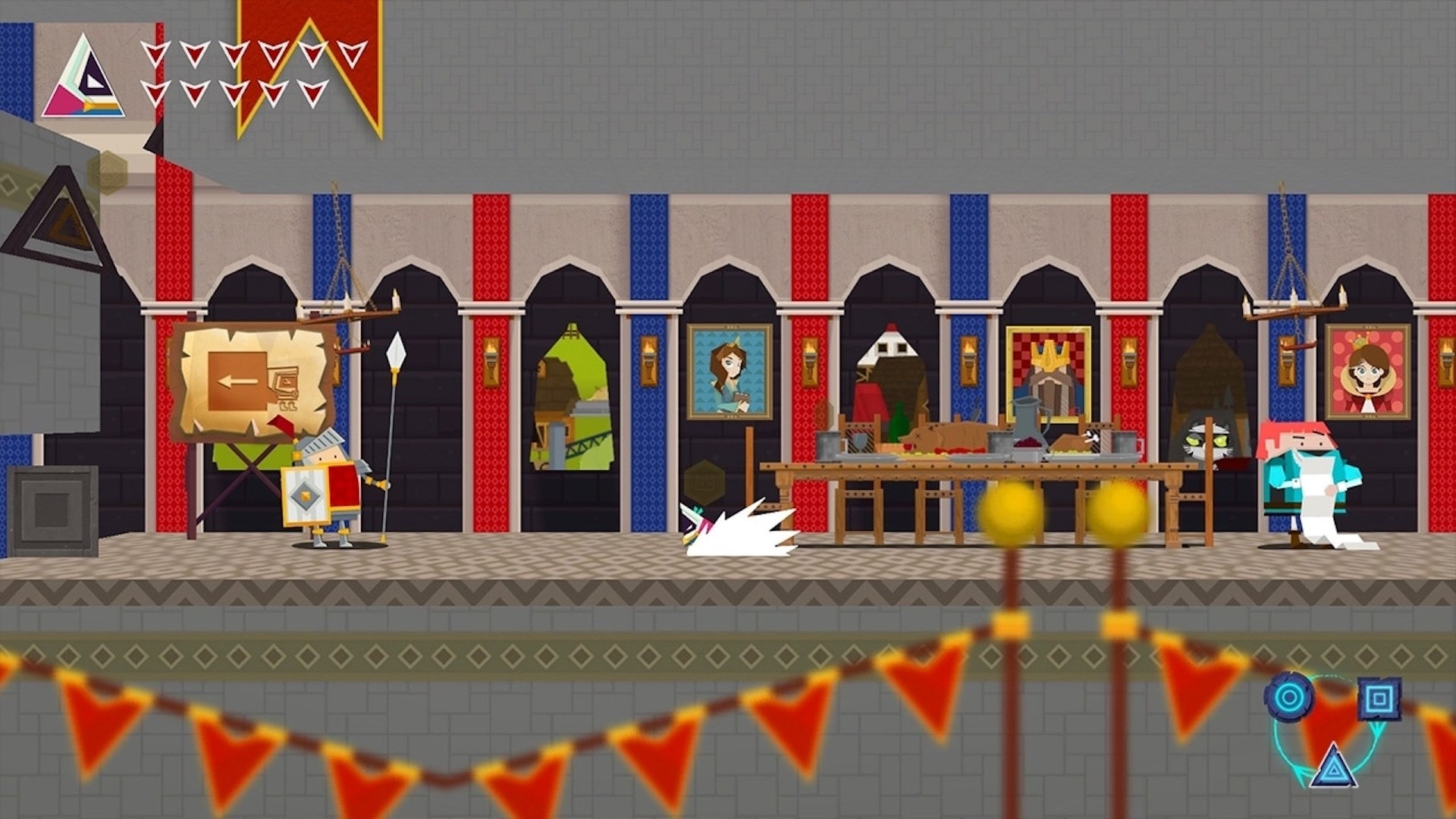 But what of the setting and background story behind the game, well lets set the scene….

A long time ago, the Flat Kingdom was threatened by the wicked Third dimension. Just when all hope was lost, a wise sorcerer appeared and created six magical jewels, keeping the dimensions stable and restoring the peace. However, one day, the masked thief Hex kidnapped the princess, also taking one of the jewels with him. That caused the 3D chaos to come back, putting the Kingdom in serious danger once again.

When everything seemed to be lost, King Square thought about the only one who could fix this mess. His name was Flat, a little but brave 2D doodle-like creature that had the ability to change shapes at will, that way he can overcome all kinds of obstacles and beat the geometric foes. 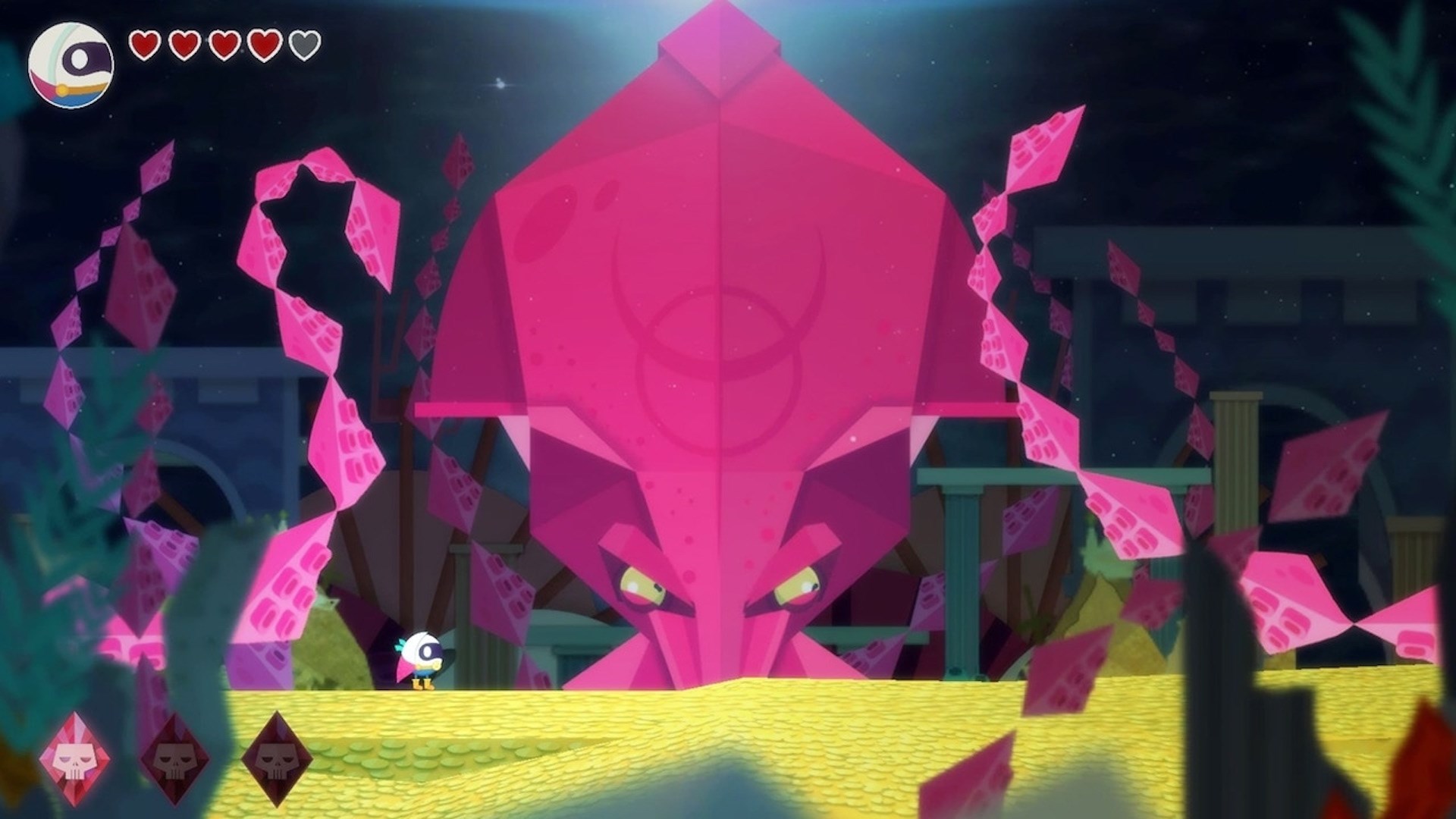 Flat Kingdom Paper Cut’s Edition provides immersive gameplay as you explore different detailed worlds whilst confronting dangerous enemies. Huge bosses are waiting for you but remember with three shapes you can beat them all!

At first appearance, the game may make you recall the Paper Mario series. You’d be correct in believing that the game shares some characteristics with the Paper Mario games, but not all of them. The soundtrack fits well with each stage, feeling happy when travelling the colourful globe and threatening when fighting bosses, whilst the graphical style fits the paper-made-world rather well.

However, the game’s mechanics aren’t nearly up to par. The concept of morphing into various shapes to combat various foes is an interesting one, and one that is quite unique. The puzzles are simple, but they provide a nice challenge as players learn how to manipulate shapes.

On the other side, there are some puzzles that appear to have no clear function and expect you to figure out what the developer was thinking in order to complete them. On rare occasions, you may come across foes that appear to be square but are actually circular, resulting in the loss of one of your precious hearts. 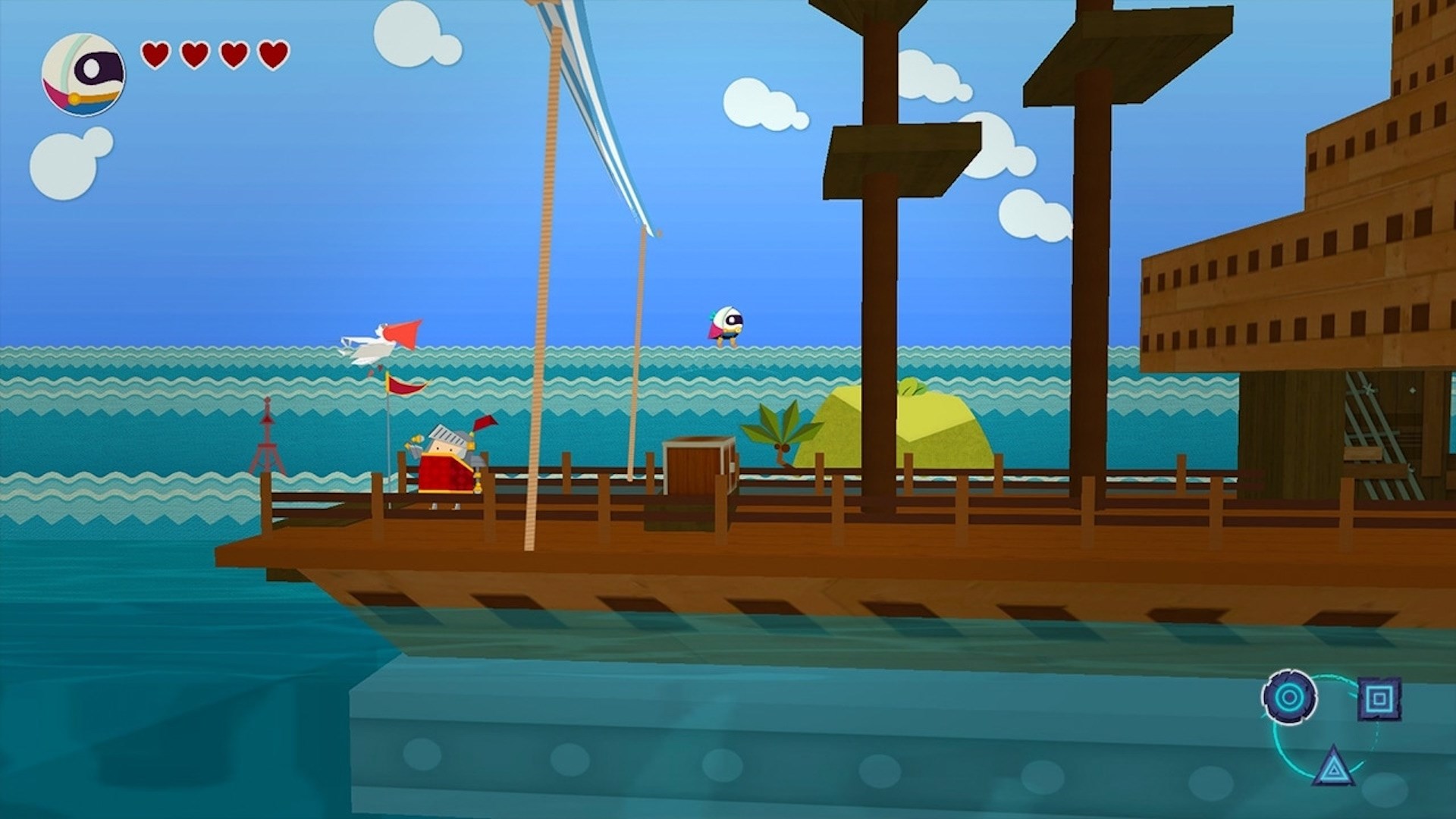 Boss battles are another area that appears to be a bit shaky. If you can figure out what to do at all, it takes numerous tries, and you sometimes have to put yourself in the developer’s shoes to properly comprehend what’s supposed to happen.

But, to give the developers credit, their adversary deaths, even the bosses, are quite distinct. Triangular rodents, spherical fish, and Hank, a killer whale

The stages are all themed differently, ranging from cardboard caverns to paper volcanoes, which is a wonderful touch.

Flat Kingdom is a charming game that tries a little too hard at times but still feels distinct. The art style is extremely similar to that of the Paper Mario series, which is fantastic. The mechanics are a little dubious at times, but they mostly work in the game’s advantage. Overall, Flat Kingdom Paper Cut’s Edition is a nice playthrough, and a decent platforming effort. It’s unique and entertaining.