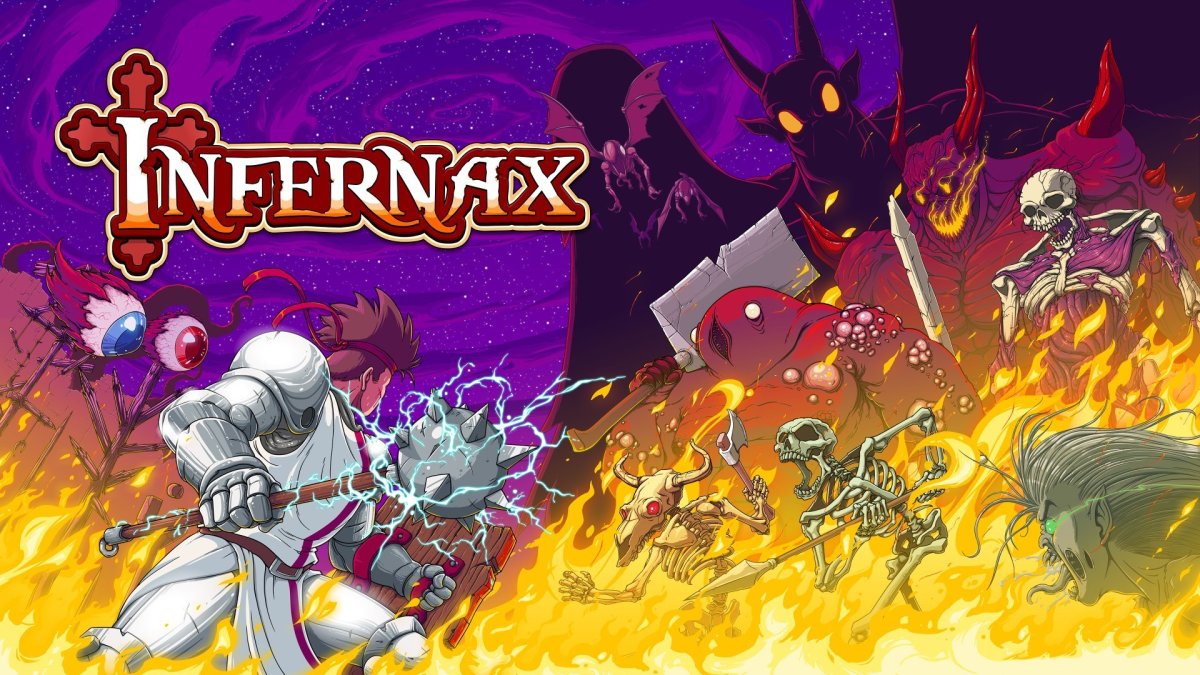 Infernax tells the story of Alcedor, a great knight who returns to his homeland only to find it plagued with unholy magic. His mission? Find and destroy the source of this corruption by any means necessary. Our hero will face grave dangers such as ruthless creatures, dangerous beasts, and precarious terrains. Will you be able to lift the curse of your homeland? 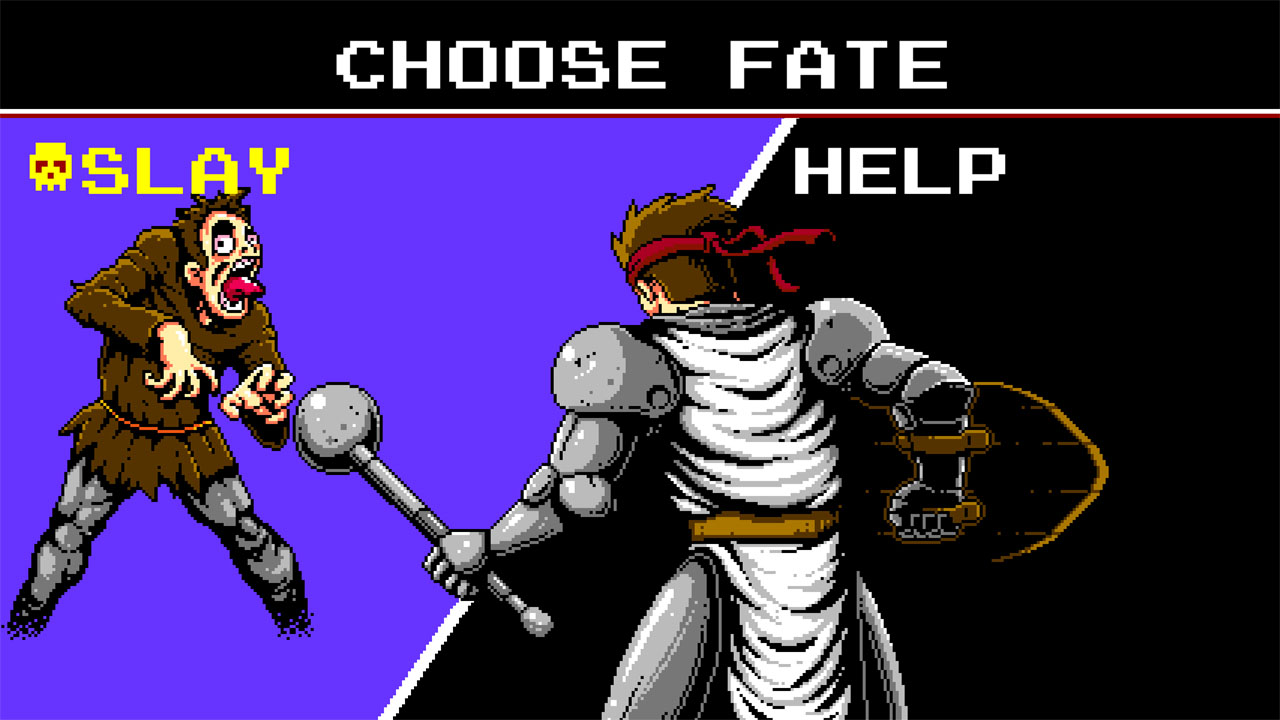 Infernax is a 2D Metroidvania game where across a single, reasonably sized map, you’ll need to uncover every nook and cranny in order to find dungeons to clear and various NPCs to interact with. As with any other game from the Metroidvania genre, Infernax is based on exploration as you’ll come across an unreachable path either because you can’t jump high enough or break down a certain path. Completing dungeons across the map will allow players to find new skills that will allow them to proceed forward.

As you kill enemies, you are also rewarded with XP and coins. You’ll come across shops where you’ll be able to purchase magic skills such as Health regeneration or cast temporary protection to resist damage and slowly regain health. Whereas XP can be used at save points to upgrade either your attack power, health or mana meter. Each time you unlock one, the next level of the perk will cost more. 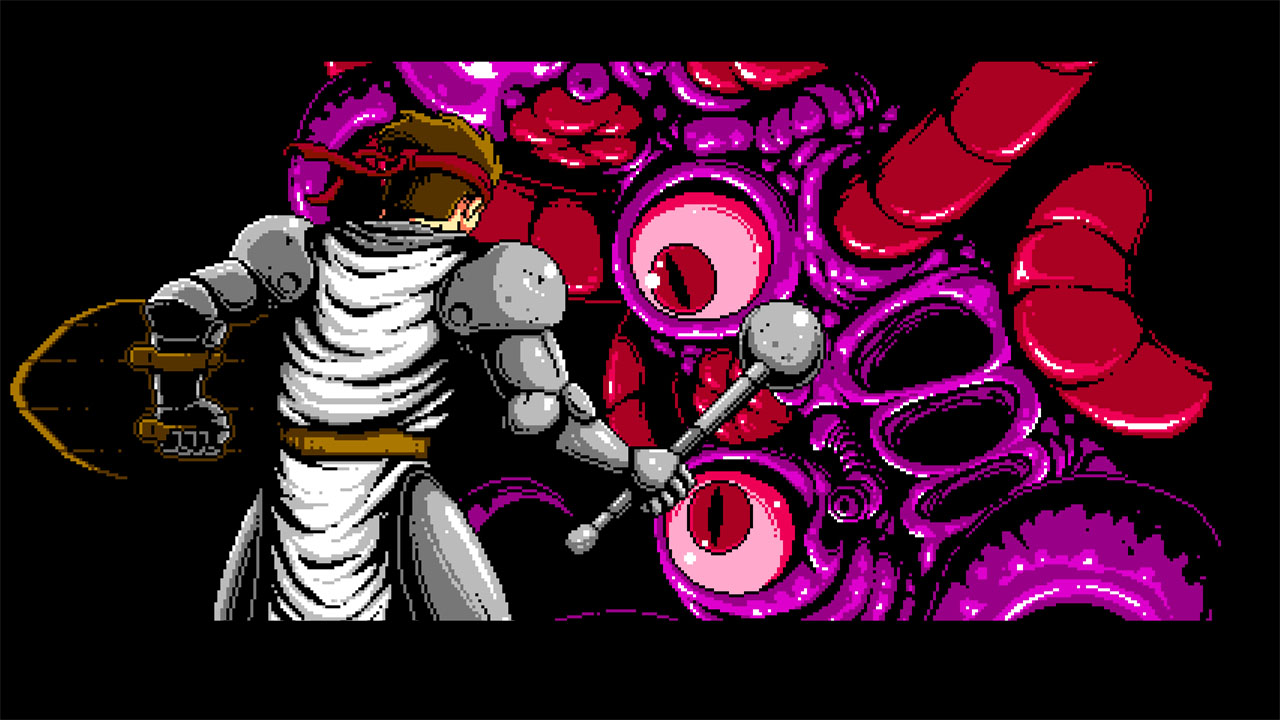 Unlike other games from the same genre, our hero can interact with certain NPCs where you’ll have a decision to make; for example, at one point you come across a suspicious group of travelers. Not so far is a shop owner weary of them and asks you to deal with them. At that point, you can either drink with the travelers or get them to leave the hard way. If you make them leave, the shop owner will have a special item sale, but the group will remember your actions and you may pay for it later down the line. The game is also peppered with side-quests ranging from killing a monster in a barn to entering a man’s dreams to kill a monster. Based on your decision, you will either get a good or bad ending.

Obviously, not everything is perfect here. As with most Metroidvanias, you can’t bookmark points of interest on the map, meaning you need to remember every path you can’t go through until you find a specific skill. For example, you’ll come across various cracked blocks that will hinder your progress throughout the map. Once you find the skill that allows you to break those walls, if you don’t remember where you saw those, you’ll need to backtrack across the map in order to find a new path to uncover. 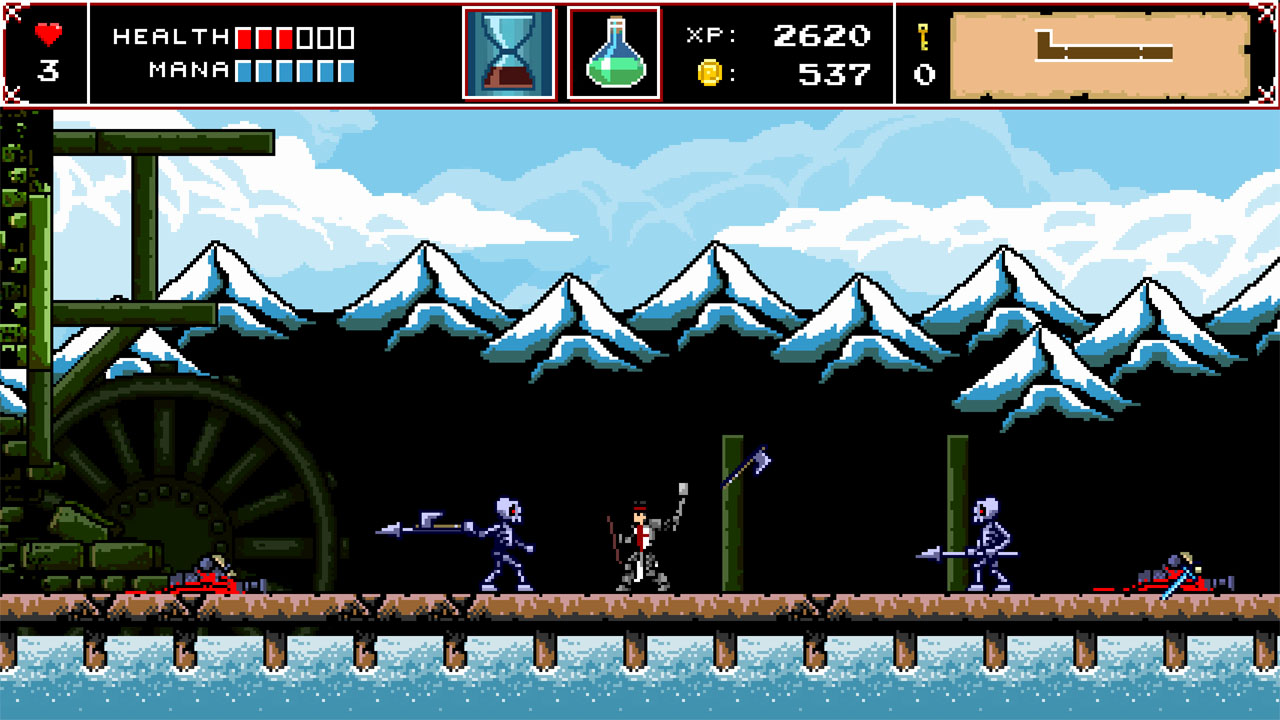 Infernax features beautiful 2D 8-bit pixelated visuals akin to those classic NES games from way back when. Despite the game’s darker premise, each area of the map is uniquely designed so it feels you’re entering a new level. There’s also a feature where the game will switch between day and night, and the brief cutscene to show the transition is pretty neat, but it gets old fast and you can’t skip it. The soundtrack is definitely a banger. While other retro-looking games attempt to do a classic chiptune score, Infernax manages to be near perfect; as I played through the game, the score gave me vibes of classic NES soundtrack such as Batman, Gremlins; among others. It’s definitely one of the better chiptune scores of the last year.

Infernax is definitely one of the best gaming experiences I’ve had thus far in 2022. The controls are tight, boss battles are very fun and challenging, the upgrade system is interesting, and NPC interaction brings something new to the Metroidvania genre. Although it is frustrating that it requires a lot of muscle memory to remember where everything is, the map isn’t big compared to others so it’s manageable. Whether you’re a fan of platformers, retro-looking games or the Metroidvania genre (or looking to get into the genre), Infernax is definitely a must-play.