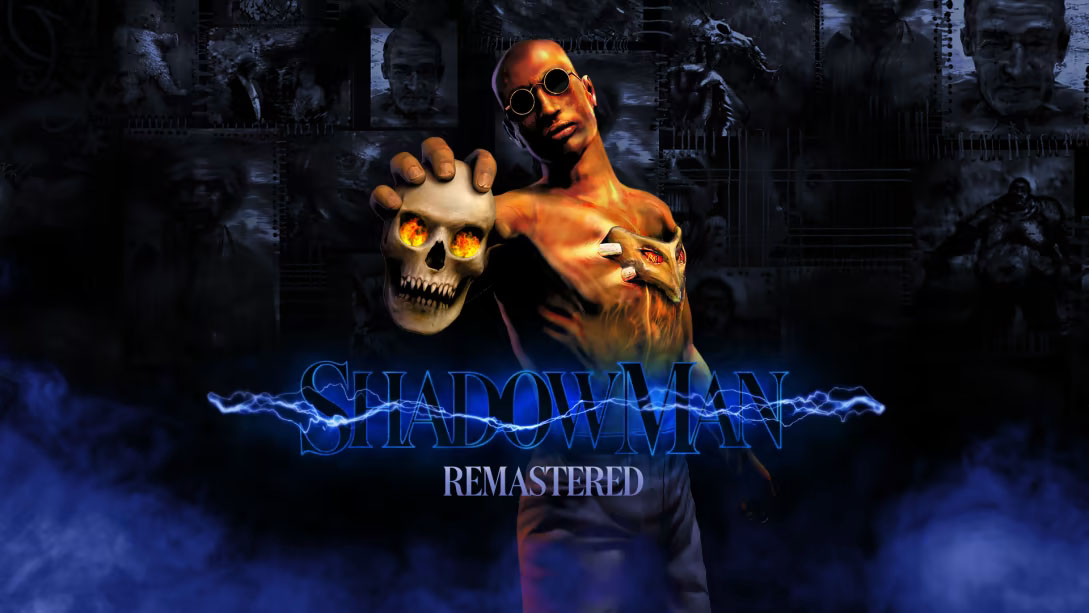 ShadowMan Remastered, which was first released as Shadowman, in 1999 on the Dreamcast, Nintendo 64, PC and PS1, tells the story of Michael LeRoi who becomes the Shadow Man when the voodoo priestess Mama Nettie gives him the Mask of Shadows. The Shadow Men are a lineage of voodoo warriors who protect the world of the living (known as Liveside) from threats crossing over from Deadside. LeRoi needs to stop the world from an impending apocalypse. 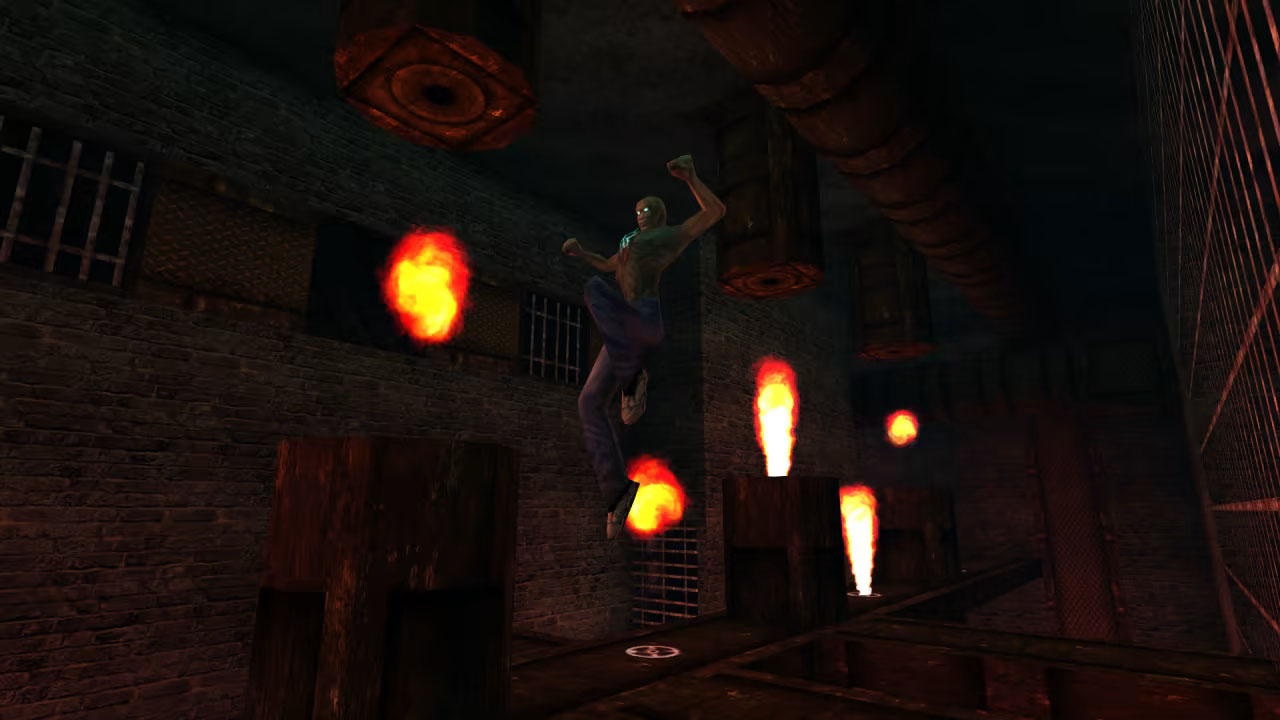 ShadowMan Remastered is a 3D action platformer where you’ll need to run, jump, climb, and dodge/roll your way to the end of the game’s many levels. Given that LeRoi needs to stop various threats, he can defend himself with a tiny gun that does barely any damage. You can charge up your gun for “stronger” attacks, but you can’t tell whether or not it doles out more damage than a standard shot. The best you can do is shoot until the enemy keels over and dies before you do. You can pick up additional weapons throughout your misadventure, but they’re just… fine. Avoid combat as much as possible; your weapons barely do any damage, and it takes a few shots for ShadowMan to go down.

As you progress through the game, you’ll pick up Cadeaux, gifts in French, which serves as the in-game currency and allows you to buy health upgrades when you collect 100. Note that the Cadeaux are rarely ever in plain sight; you’ll need to break every jar you see, dive as deep as possible in a watery area or attempt any long jumps in hopes of finding as many as you can. The more health you have, the more the chances you’ll have of surviving. To help in your quest of saving Liveside, ShadowMan can also learn new skills known as Marks. You’ll be able to unlock the ability to touch fiery blocks, shimmy across hot surfaces, or even the ability to be submerged in hot lava. 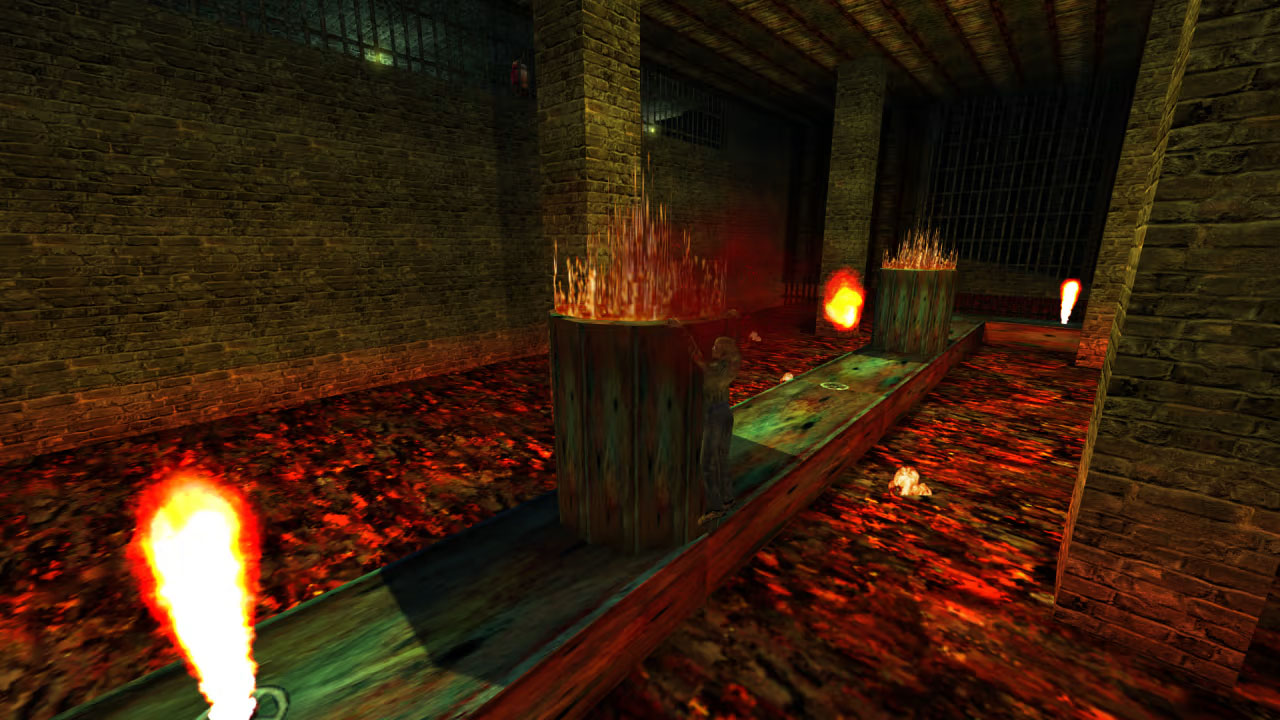 One of the perks of remastering older games is that developers can include previously cut content. Following in the steps of other games that were given the same treatment, ShadowMan Remastered features three new levels: Summer Camp, Florida, Salvage Yard, Mojave Desert, and Asylum Station 2. Fans of the original game will be able to experience new content with an old favorite.

The game’s main issue here is definitely the clunky and archaic controls. Combat is frustrating and borderline useless, despite the addition of auto-targeting. Having to press the right joystick to enter targetting mode for precise shooting is counterintuitive. When it comes to platforming you have to pixel perfect and positioned in the exact position to grab a ledge, otherwise, if you’re one pixel off, you won’t grab it or you’ll fall below. 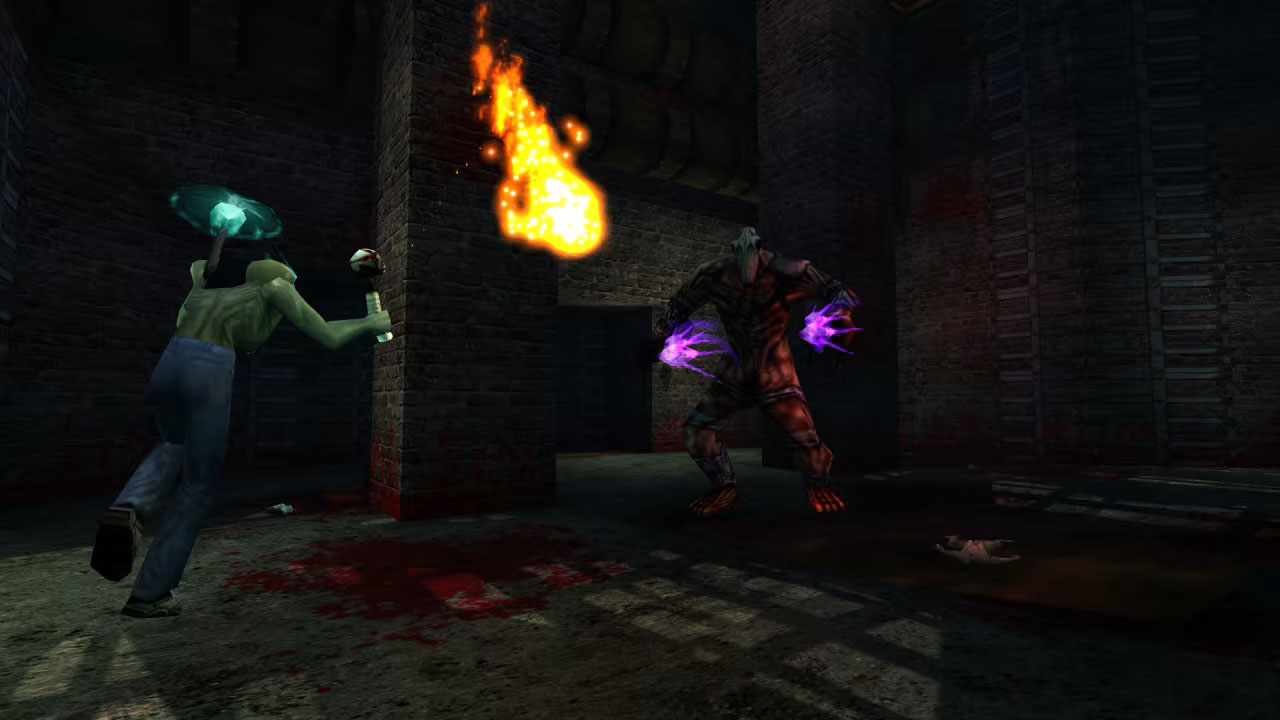 Although I’ll give credit where credit is due as the developers did a great job to improve the visuals. While the game looks surprisingly good thanks to the new high-resolution textures and HD Textures for all levels and objects making the game feel fresh, although it won’t win any awards for graphics as it’s still the same old blocky 1999 experience. The soundtrack is a brooding affair that is tailored perfectly to the dark setting of the game.

ShadowMan Remastered is a perfect example that not all and any old series deserve a second chance. Despite the visual improvement, this game has aged horribly by today’s standards; the game’s archaic controls will definitely make your life a living hell trying to play this and with combat where your arsenal of weapons is basically useless; all the making of a frustrating experience by today’s standards. Nostalgic gamers can give this one a try, otherwise, pass.